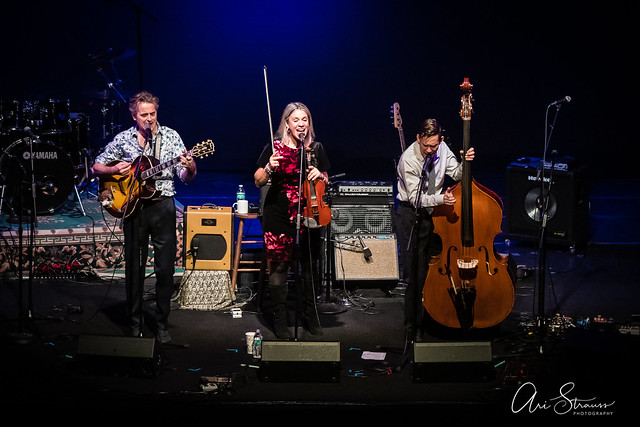 The Hot Club of Cowtown and The Dustbowl Revival shared the bill at Wolf Trap’s Barns recently for two performances as part of their tour celebrating the 50th anniversary of The Band.

The tour, which began last year, commemorates the 1968 release of the landmark album Music from Big Pink and its follow-up, The Band. Gathered together as Bob Dylan’s backing musicians in 1965, the group was referred to simply as “the band,” without any thought for a more formal name, and the label stuck. Although the group’s life was relatively short, ending in a performance captured in the Martin Scorsese concert film The Last Waltz in 1976, their influence is nigh immeasurable in roots music and Americana.

During the matinee show on Feb. 2, Zach described how he was introduced to Hot Club’s music as “rock from 100 years ago.” He recounted taking Dustbowl’s first CD to a Hot Club concert in Los Angeles dozen years ago. There, he told Elana how particular tracks were influenced by their work, and asking her to sign *his* record.

Hot Club played the first set of the afternoon, opening with “High Upon the Mountain,” followed by “Look Out Cleveland.” (The bands followed this show with an evening performance.) Elana then explained that she played in Bob Dylan’s touring band, segueing into Hot Club’s arrangement of Dylan’s “Wheel’s on Fire.” Elana mentioned that 17 years had passed since Hot Club had last played The Barns.

After “Wheel’s on Fire,” Hot Club played The Band’s version of Lefty Frrizzell’s “Long Black Veil.” Whit Smith sang lead on “Sleep,” a song about insomnia, followed by Robbie Robertson’s “When You Awake.” Elana said, “It took us a few days to realize we put ‘When You Awake’ and ‘Sleep’ next to each other.”

The next song told the story of Elana’s high school reunion, where people congratulated her on “living your dream” while she met their spouses and saw pictures of their children. This led to The Band’s “Evangeline,” then “one of the first songs we ever learned,” “Ida Red.”

Next month, Elana told the audience, Starbucks will playing the Bob-Dylan penned “I Will Be Released” in its stores. After Hot Club played two more of its original songs, The Dustbowl Revival joined them on stage for The Band’s “Across the Great Divide.”

After a 15 minute intermission, Dustbowl Revival took the stage and opened with “Don’t Do It,” followed the by The Band’s classic “The Night They Drove Old Dixie Down.” “Debtor’s Prison,” a song inspired by The Band, is “about people sticking together,” Zach said.

Zach called The Band “a perfect representation of our band.” Looking at The Band, he said, you’d think they have a deep background in southern folk. But except for the Arkansas-born Levon Helm, they were all Canadian. People think The Dustbowl Revival hails from New Orleans, when in fact the large crew is quite diverse, and they live in Los Angeles now. Singer Liz recalled her college days at Mary Washington, when she would attend shows at Wolf Trap. Trombone player Ulf Bjorlin comes from Norway.

The Revival played “The Weight,” with Ulf and Daniel each singing a verse. Zach confirmed that the band has gone to work on a new album. They played “Sonic Boom,” which will likely be one of the first songs they record. The audience waved their hands and clapped along to “The Story.” Elana came out to join them for “Grandmama Rag,” and the two bands performed “Up on Cripple Creek” together, as Zach demanded “at least 20” people dancing in front of the stage, which was easily exceeded. For the encore, the bands esched mics, performing a purely acoustic rendition of “So Far Away, So Far From Home.”

Both acts did a terrific job of mixing their material with The Band covers, creating really fun setlists and they met The Band’s songs stylistically. Hot Club is a string band, and the Revival is a brass band, so they interpreted The Band’s songs differently. Both Hot Club and the Revival conveyed the sense of The Band while stamping their own character on these classic songs. We were lucky to see this show, as it was the only East Coast stop on the tour.

Here are some pictures of The Dustbowl Revival and Hot Club of Cowtown performing at The Barns at Wolf Trap on Feb. 2, 2019. All photos copyright and courtesy of Ari Strauss. 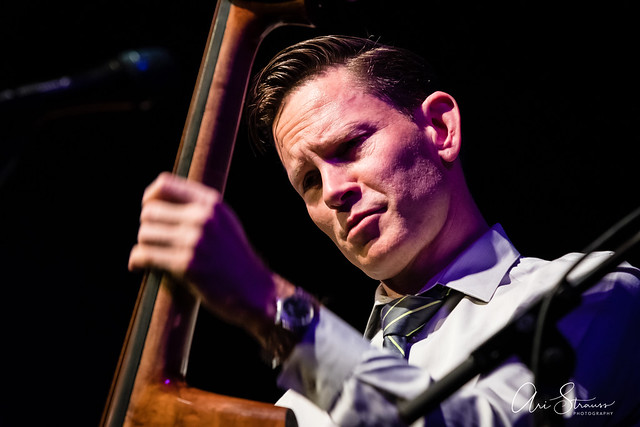 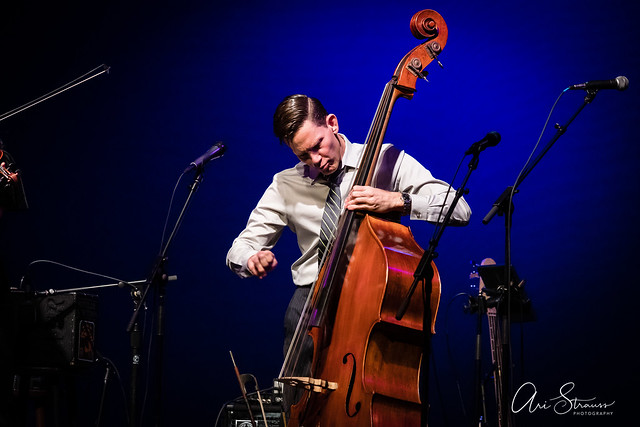 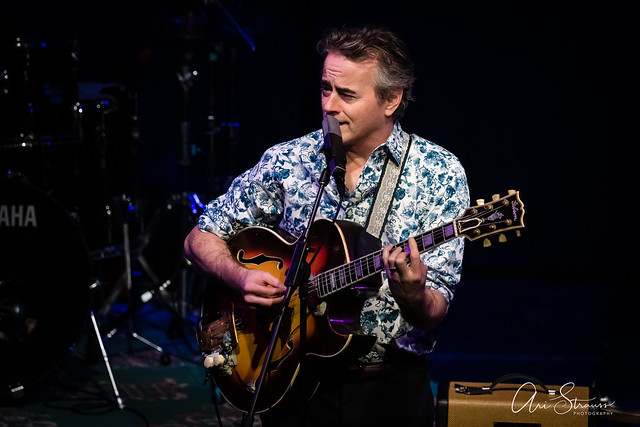 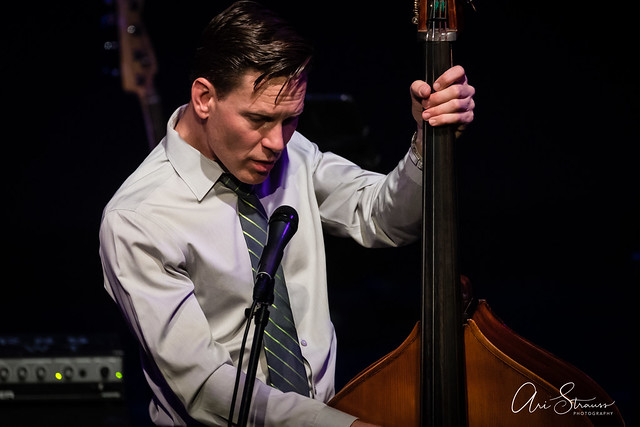 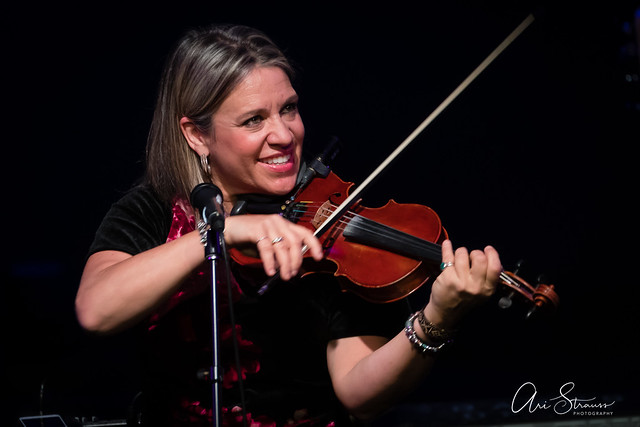 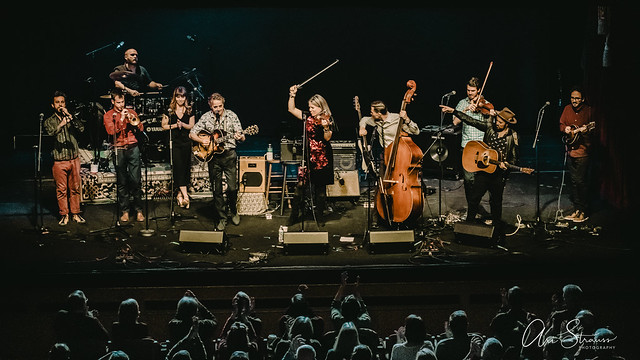 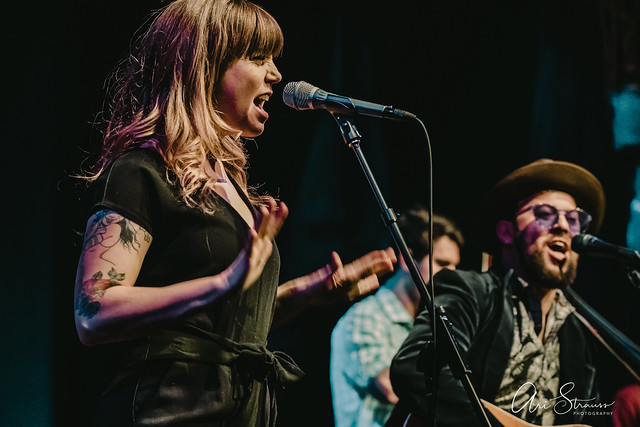 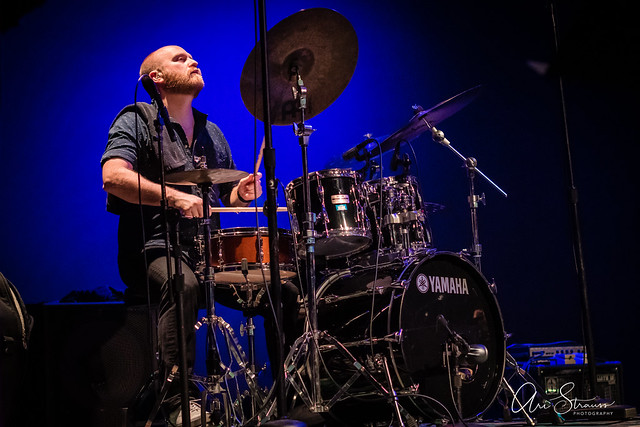 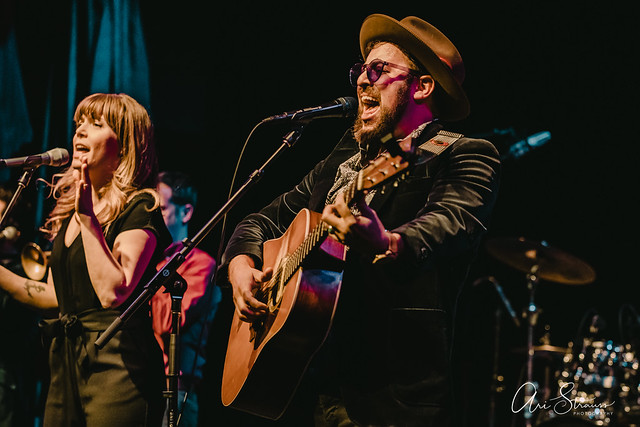 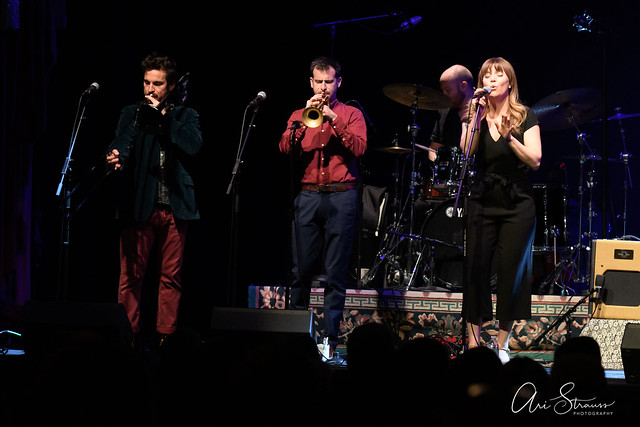 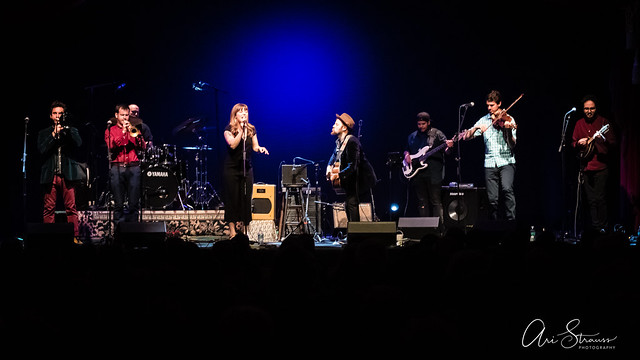 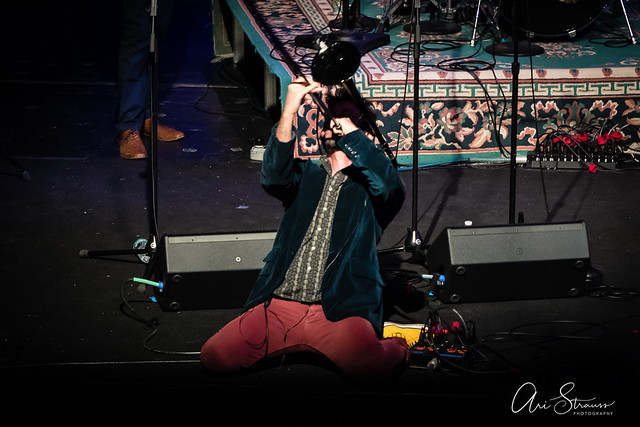 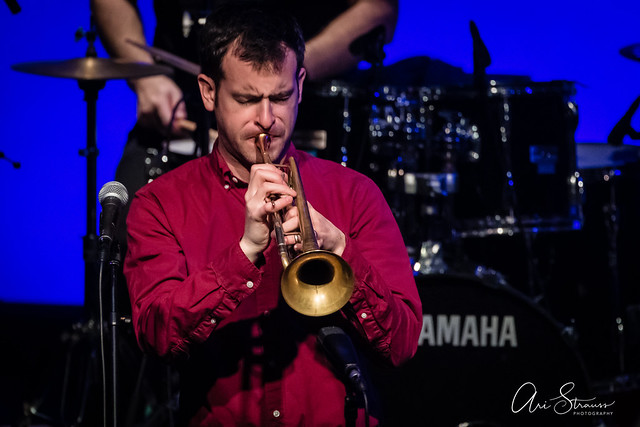 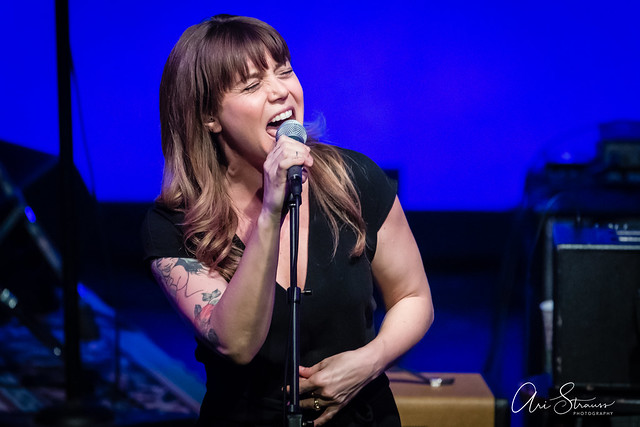 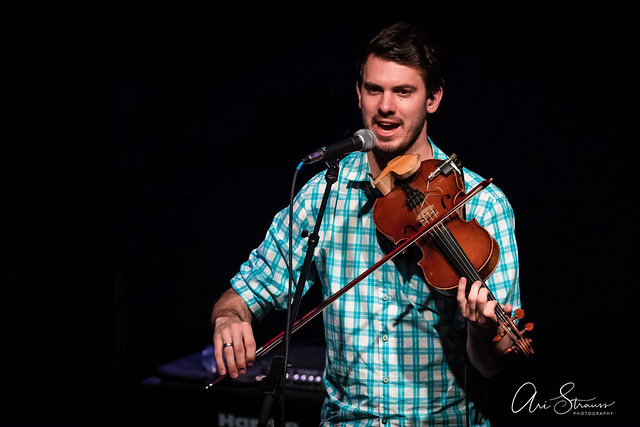 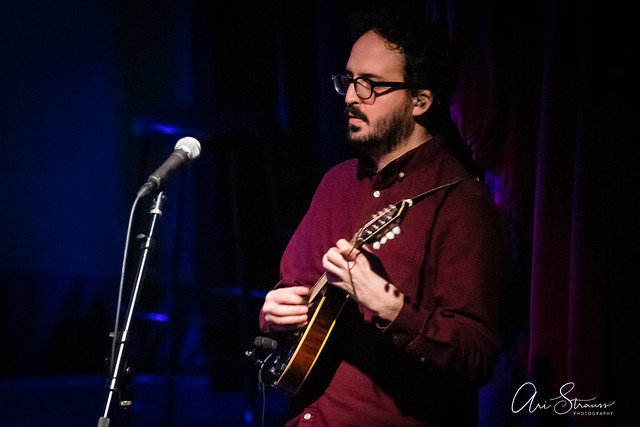 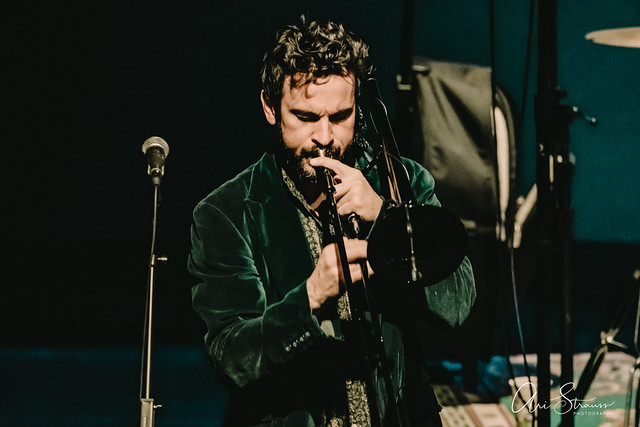 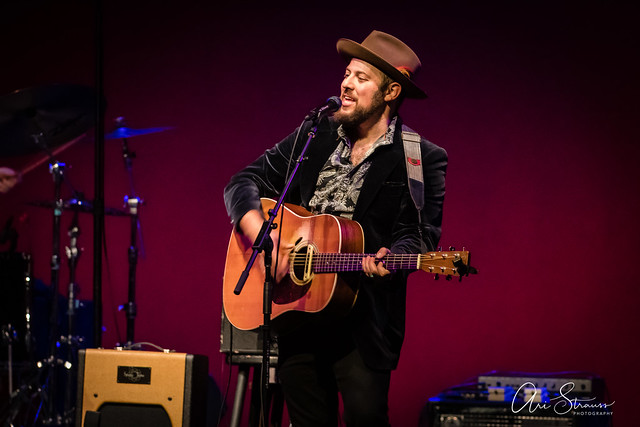 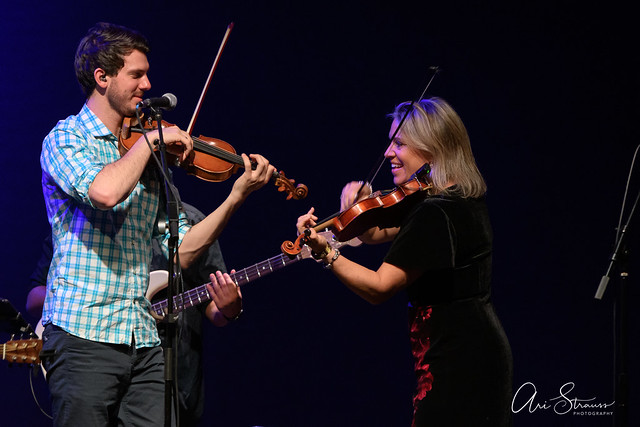 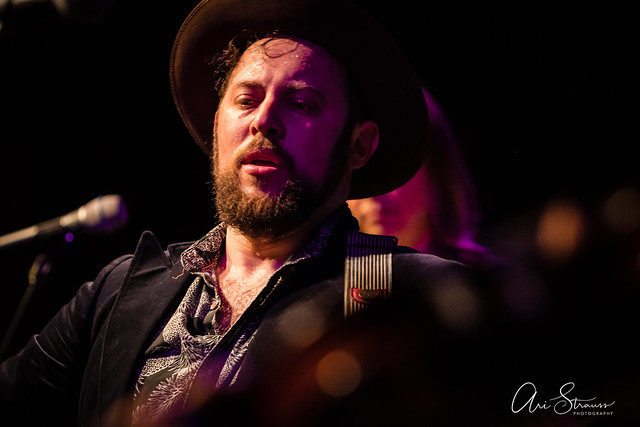 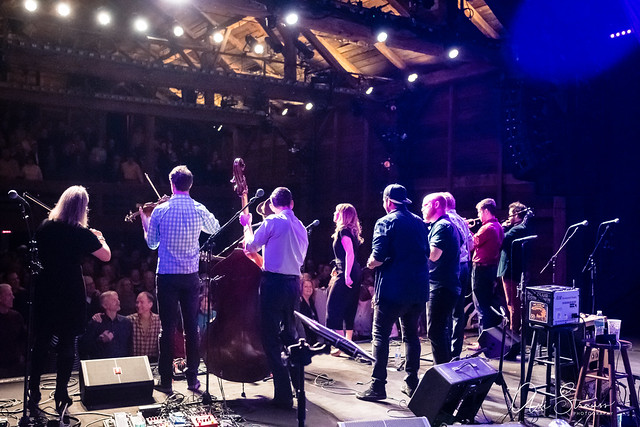