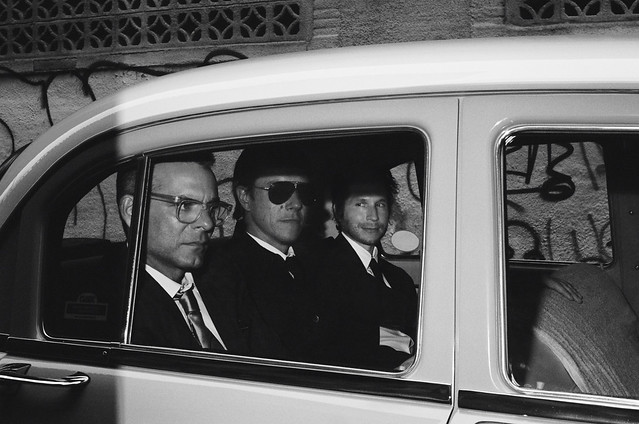 Post-punks Interpol released Marauder, the band’s sixth studio album, last year, and they are on their way to perform at The Anthem on Friday, Feb. 15 in support of the record.

Vocalist Paul Banks, guitarist Daniel Kessler, and drummer Sam Fogarino proved they still got what it takes to move us with Marauder, which was produced by Dave Fridmann — famed for recording with Mercury Rev, Flaming Lips, MGMT, Spoon, Mogwai, and others.

“This record is where I feel touching on real things that have happened to me are exciting and evocative to write about,” Paul said. “I think in the past, I always felt autobiography was too small a thing for me to reference. I feel like now, I’m able to romanticize parts of my own life.”

He added, “Marauder is a facet of myself. That’s the guy that fucks up friendships and does crazy shit. He taught me a lot, but it’s representative of a persona that’s best left in song. In a way, this album is like giving him a name and putting him to bed.”

Watch the official music video for “If You Really Love Nothing” by Interpol on YouTube:

In a review for AllMusic, Heather Phares praises Interpol’s acceptance of consequences and rejection of nihilism.

“On every song, it sounds like there’s more at stake for the band than there has been in many years. For Interpol, embracing their veteran status doesn’t mean a slide into complacency; if anything, it’s the opposite. Marauder doesn’t need to be qualified in terms of the band’s former successes — on its own terms, it’s one of the richest albums of Interpol’s career,” Heather said.