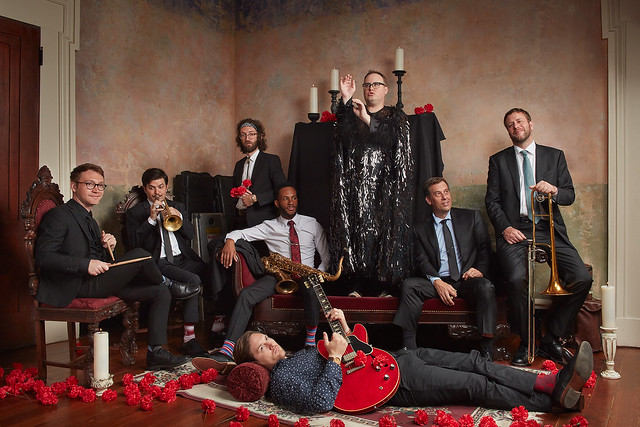 St. Paul and the Broken Bones (Photo by McNair Evans)

The new record follows Sea of Noise, which the band released as their second album in 2016. Sea of Noise looked outward on the current state of society, and with Young Sick Camellia, frontman Paul Janeway looks inward with his most personal lyrics to date, addressing family and searching for common ground.

Watch the official music video for “Apollo” by St. Paul and the Broken Bones on YouTube:

In a review for PopMatters, Pryor Stroud said the band is so much more than the retro-soul label applied to them.

“On Young Sick Camellia, their third full-length together, Paul ‘St. Paul’ Janeway and his bandmates show just how misleading and deleterious this label can be. Brimming with old-school stylings and sweat-soaked funk backdrops that sound like the Famous Flames simply reassembled around a new frontman, these songs all stem from a singular ability to express oneself through a decades-old tradition. Simply calling this work retro-soul would be a careless critical maneuver that would miss how truly remarkable this ability is,” Pryor wrote.