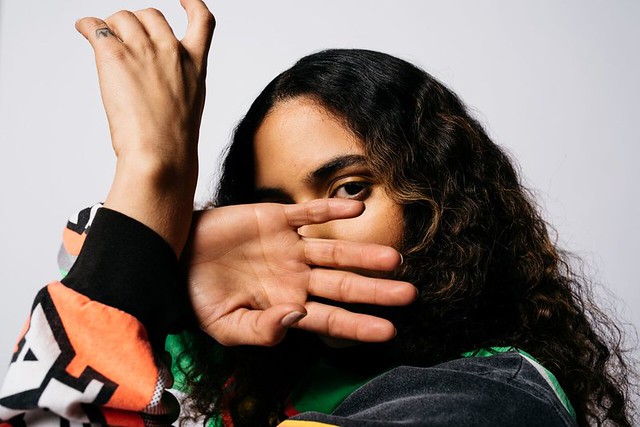 Empress Of (Photo by Cara Robbins)

Lorely Rodriguez, known by her stagename Empress Of, released Us, her second studio album, in 2018 via XL Recordings and Terrible Records. She is performing at Rock and Roll Hotel on Monday, Feb. 18.

“I wanted to write songs that gave me this feeling of reliving moments, of looking at photos,” Lorely said. “As a musician, I started out by hiding behind a bunch of reverb, layering my vocals because I was not a confident singer. I think that comes with being young and not being vulnerable. There is a bunch of doubt that comes with putting yourself out there. Overcoming the doubt is a lot of what came out of writing these songs, writing these melodies and producing it myself.”

The album was preceded by the double A-side single “Trust Me Baby/In Dreams,” released in April 2018, and three promotional singles: “When I’m with Him,” “Love for Me,” and “I Don’t Even Smoke Weed.”

Watch the official music video for “I Don’t Even Smoke Weed” by Empress Of on YouTube:

In a review for Stereogum, Tom Breihan praised the latest album by Empress Of as DIY indie with mainstream pop ambitions.

“Her music, catchy as it often is, remains homespun and personal. It’s not take-over-the-world music. It’s music written from a given place and time, from a given perspective. If you’re in a similar kind of situation as the one she’s describing, or if you can remember that feeling, that music can really land. Because even when Rodriguez is working with other people’s voices and sounds, she’s always very much herself,” Tom wrote.