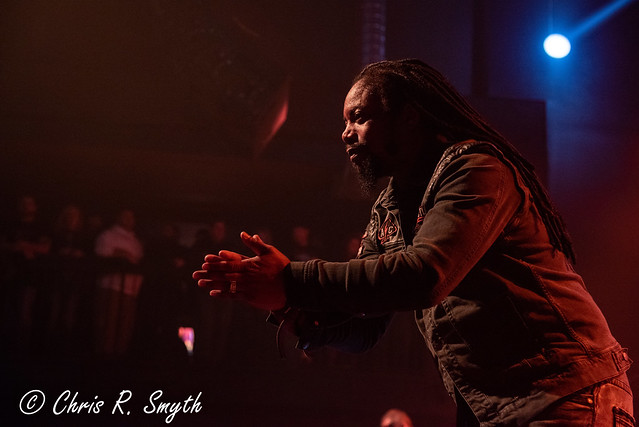 It may look difficult to pull off a major stage show on the intimate confines of the Rams Head Live stage in Baltimore, but don’t try telling that to Sevendust, who put on a display that could counter any arena act. With exquisite lighting and smoke machines put to use with purpose, the guys in Sevendust brought a major stadium feeling into the club recently.

But the look of everything would not matter if it were not for the aggressive intensity with which Sevendust deliver their set — an intensity that was equally matched by their fans in the pit.

Opening the set with “Black,” the first track off the band’s 1997 debut album, Sevendust brought forth a classic to the great delight of their fans. But the aggression may have been a bit too much for some, as security had to quickly do a stagedive of their own to enter the mosh pit and break up a melee that had formed. After performing the song “Praise,” lead singer Lajon Witherspoon praised security in general and a female security guard specifically who Lajon said “choked some dude and threw him out!”

Sevendust leaned heavily on their hits as they only played one song, “Dirty,” from their 2018 album, All I See Is War.

Stream All I See Is War by Sevendust on Spotify:

Late in the set, a visible smile could be seen wide across Lajon’s face as the crowd sang the lyrics of “Trust” back to the band. In a concert that had unrivaled intensity, this moment of genuine joy was just one of many that could be easily witness by the fans. Too often a stage can feel like a separation of the crowd and band, putting one on not only a physical higher level, but a metaphorical one as well. But there was a real humanization of the band, to witness them in their second decade of performing, still to take equal pleasure in performing their art, and to see it being so well received by their fans.

With the band set to record a new album this year, plus a solo record from guitarist Clint Lowery, 2019 is setting up to be an exciting year for Sevendust. Here are some pictures of Sevendust performing at Rams Head Live on Feb. 10, 2019. All photos copyright and courtesy of Chris Smyth. 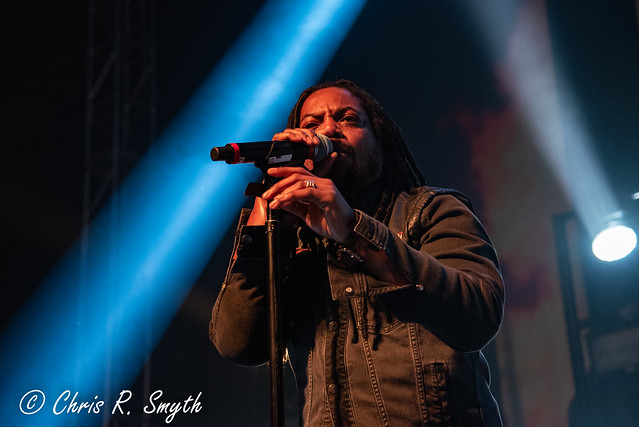 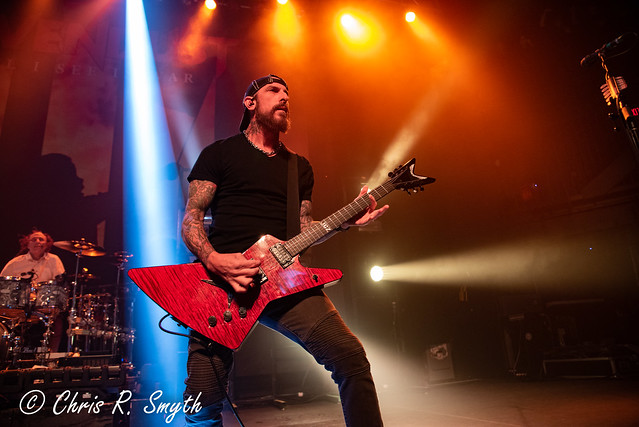 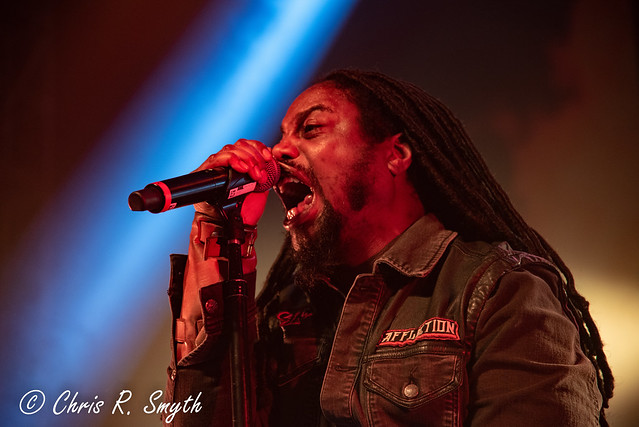 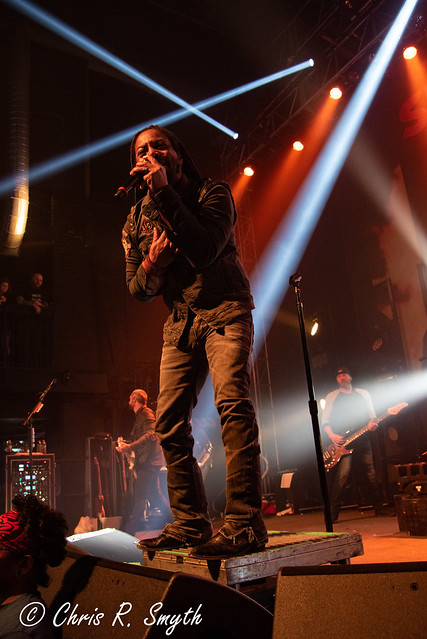 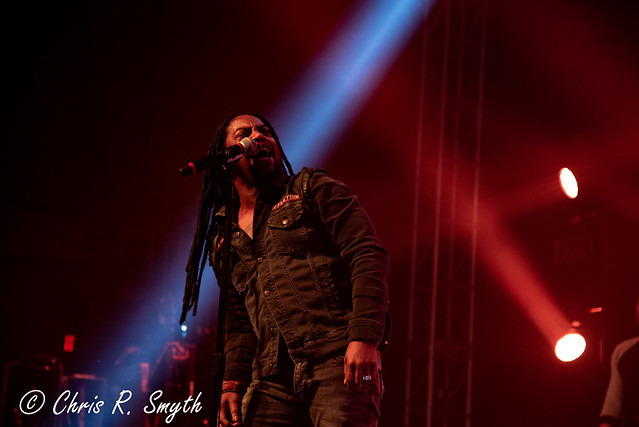 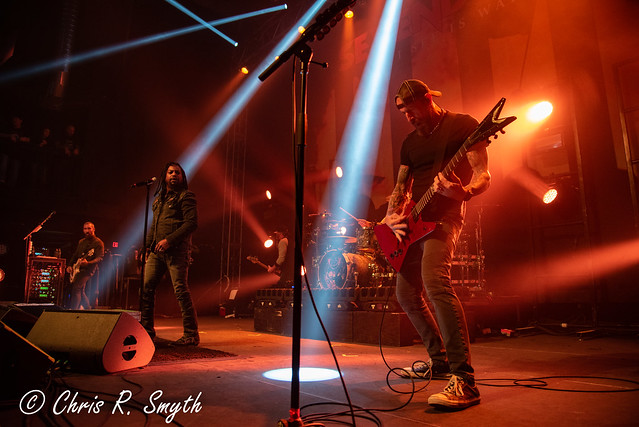 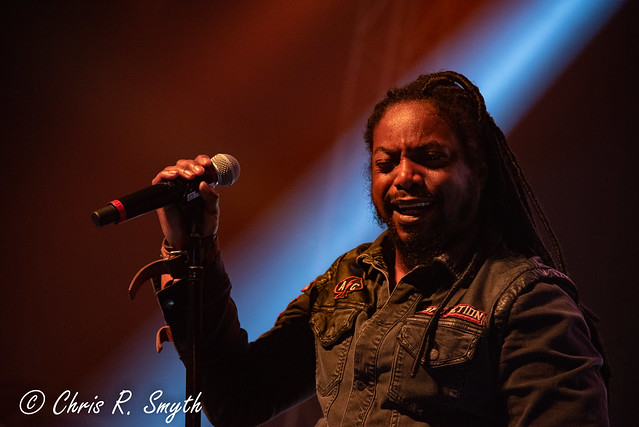 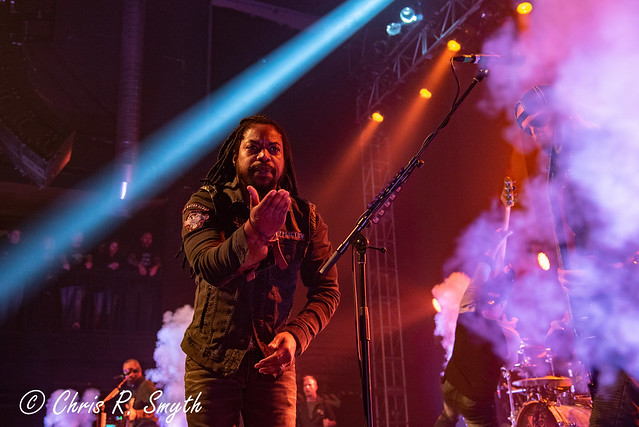 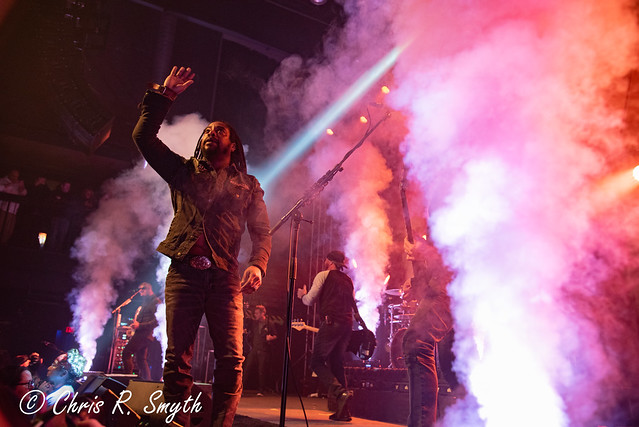 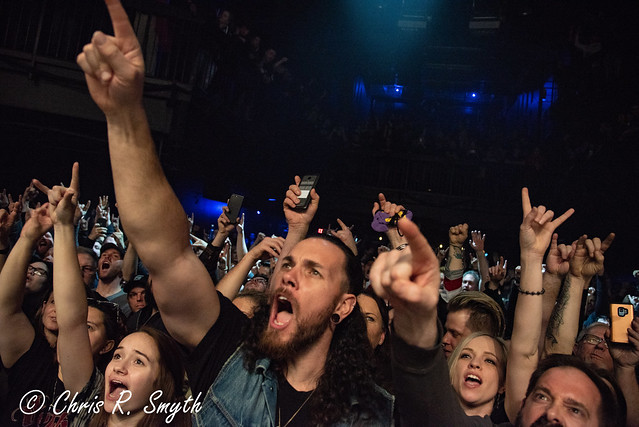 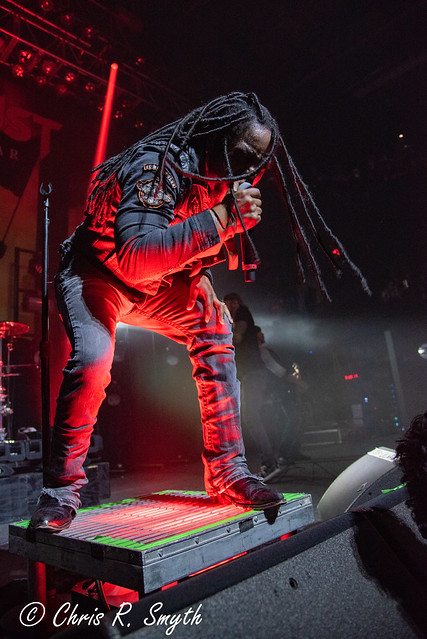 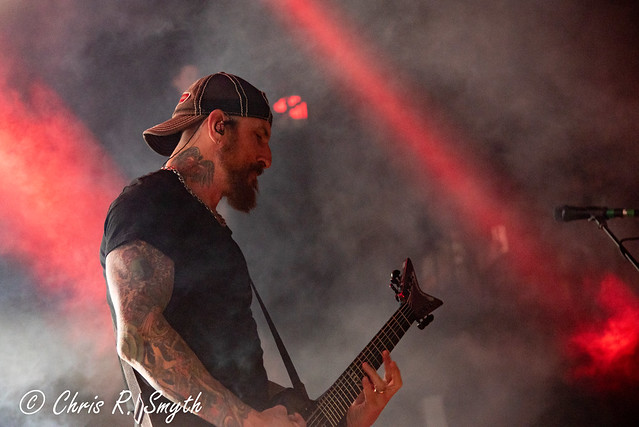 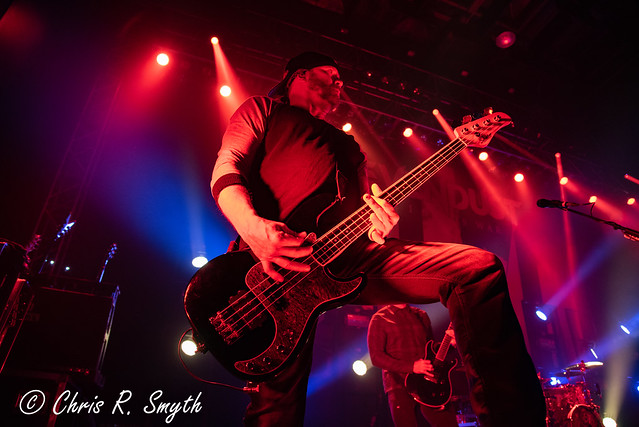 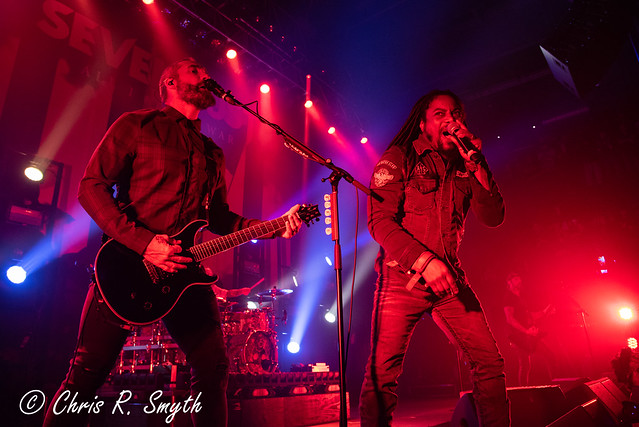 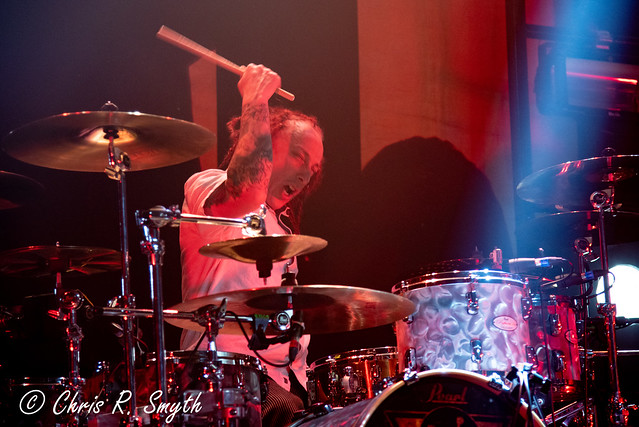 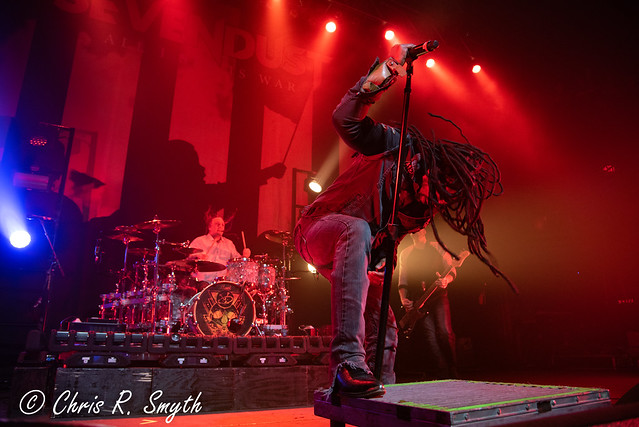 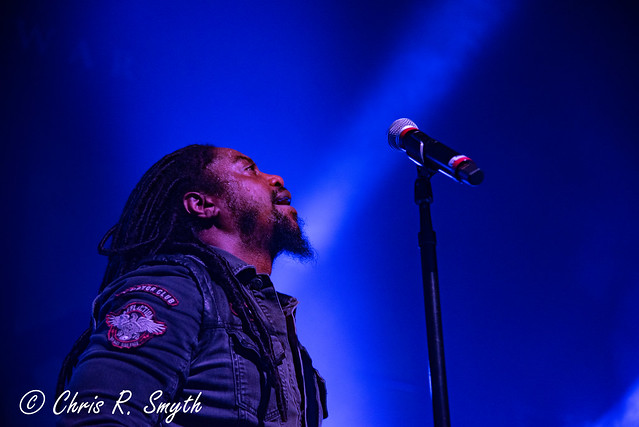 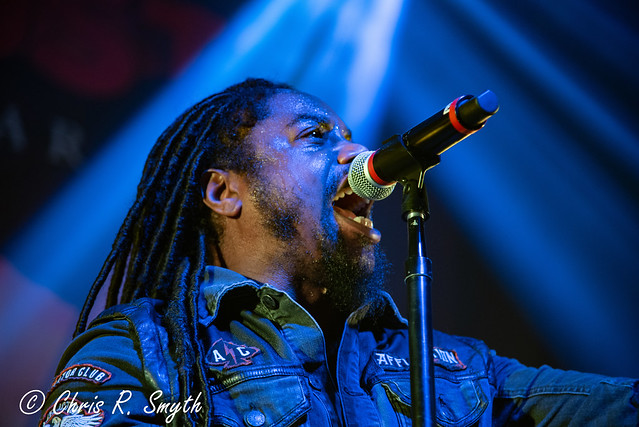 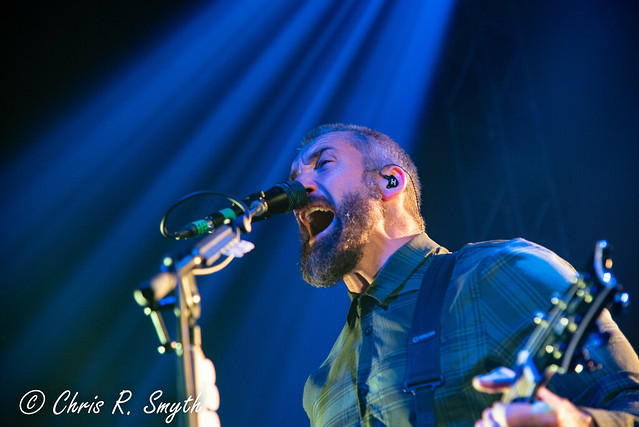 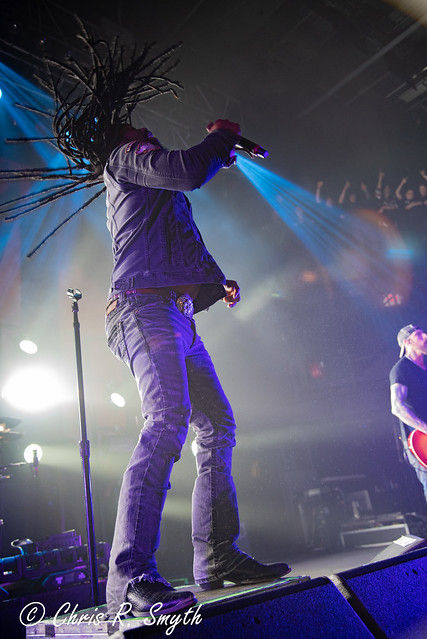 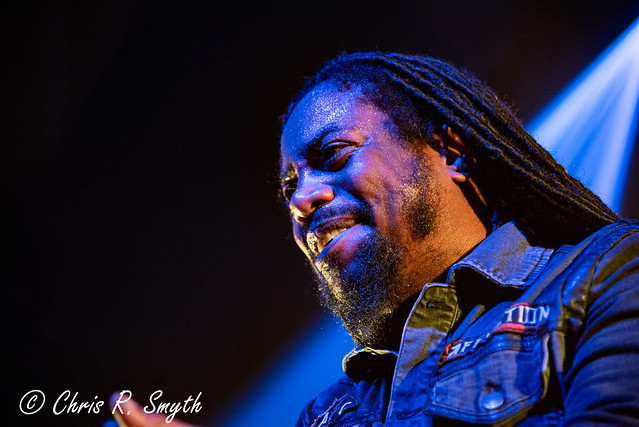 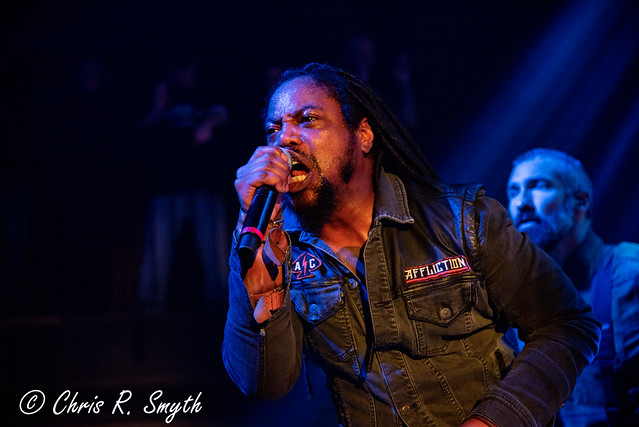 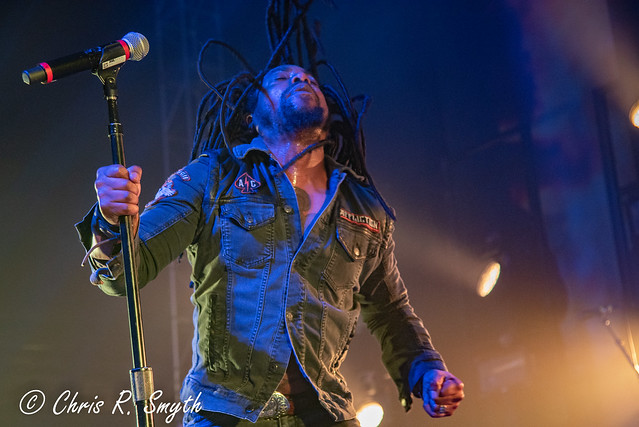