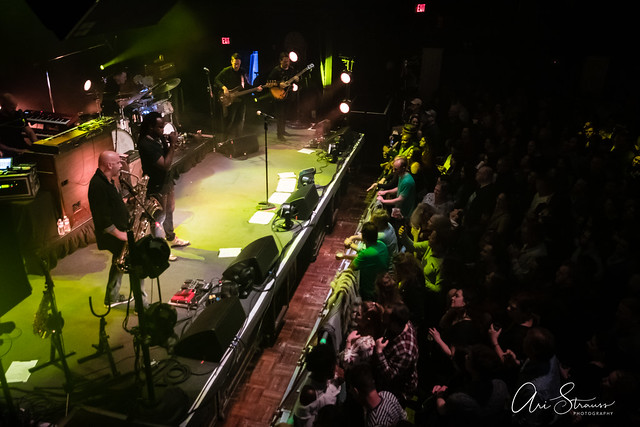 Louisiana jam band Galactic brought the funk to DC Friday as the first night of a two-night stand at 9:30 Club with special guest Erica Falls.

The 9:30 Club dates were part of a 24-stop tour in support of their new album, Already Ready Already, which was released Feb. 8 via the band’s own label, Tchuop-Zilla Records. This was the first album in three years for Galactic, and it featured several guests to compliment the group’s unique sound — including Miss Charm Taylor, who contributed to the lead single “Clap Your Hands.”

Listen to Already Ready Already by Galactic on Spotify:

The band’s genesis goes back to 1994 when Robert and Jeff, childhood friends from Chevy Chase, moved to New Orleans to attend Tulane and Loyola. They became enamored with the local funk music scene and soon connected with Stanton, Rich, and a few others. Soon enough, a band was born. Twelve studio albums later (seven released on their own label), the band’s sound has evolved from the organic New Orleans funk they fell in love with as college students to a more modern style incorporating elements of hip hop, electronica, fusion, and jazz.

Galactic is noted for inviting guest musicians from New Orleans to share the stage when performing live. As such, Erica Falls provided vocals for several songs in the two-hour set. Erica is known by some as the “New Queen of New Orleans Neo-Soul.” She credits her unique vintage sound to her childhood growing up in New Orleans’ 9th Ward, where her parents introduced her to the music of Roberta Flack, Aretha Franklin, Stevie Wonder, Nina Simone, Sarah Vaughn, and Whitney Houston.

The High and Mighty Brass Band of Brooklyn, New York, no strangers to the DC music scene, opened for Galactic on the first night of the two-night stand. The Brass, who spent part of 2018 recording an album and touring with Eli “Paperboy” Reed, have since retooled their sound somewhat from the soul/R&B sound of the Paperboy Reed album to more of a funk/jam band sound to compliment the Galactic tour. Shamarr joined the Brass on stage for a number with his signature pocket trumpet. In turn, the Brass joined Galactic on stage for the encore number.

Buckit Like a Horse (w/ High and Mighty Brass Band) 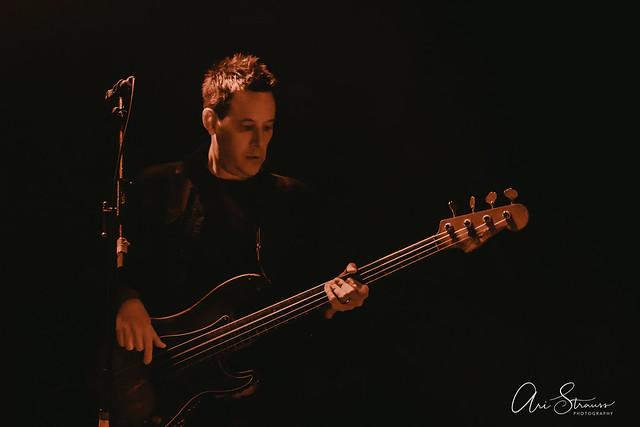 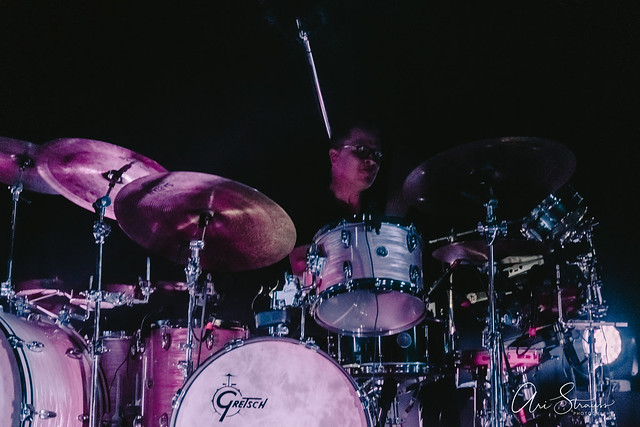 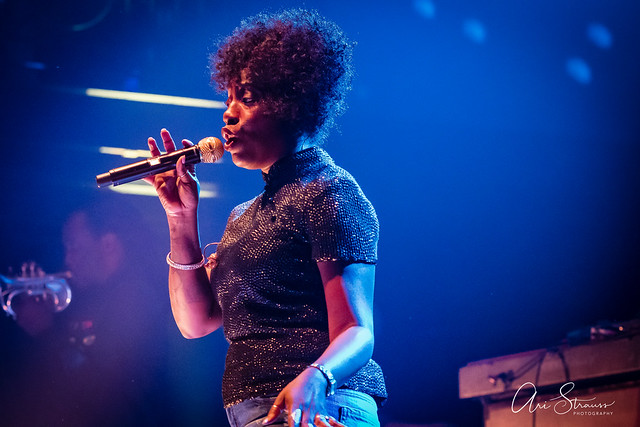 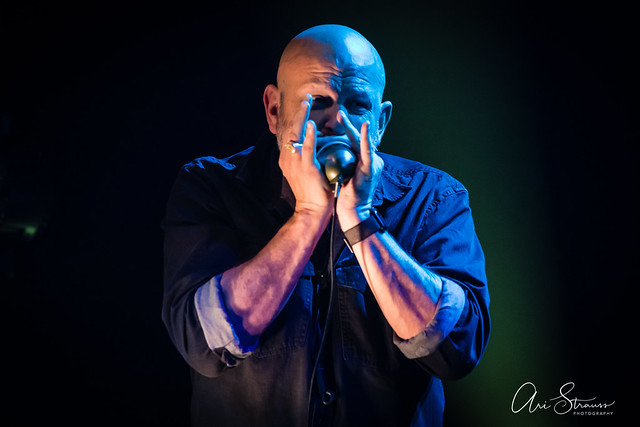 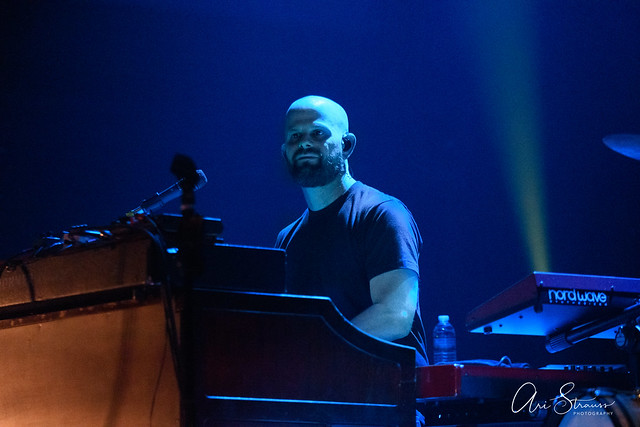 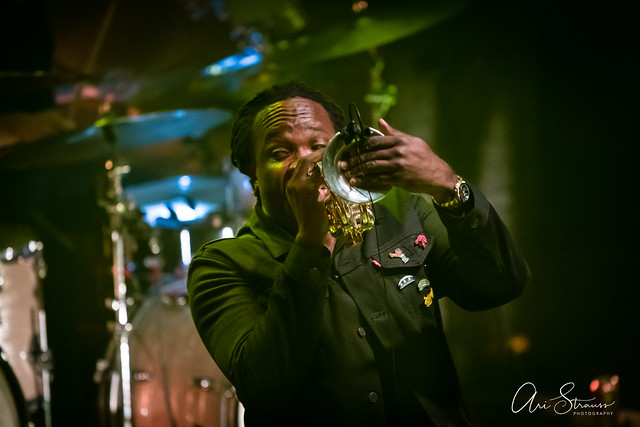 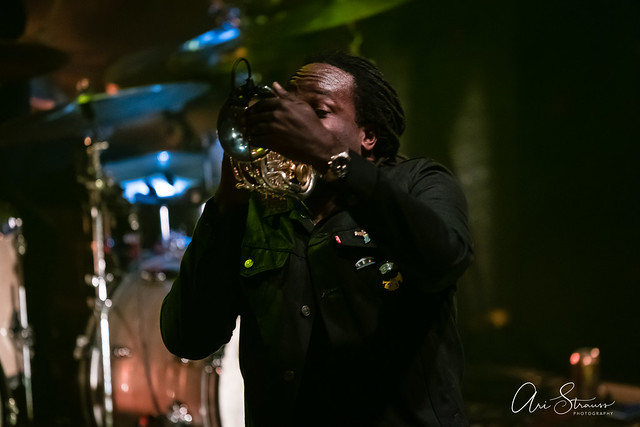 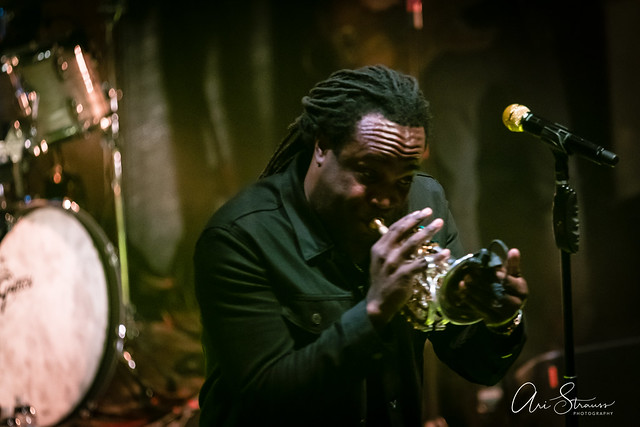 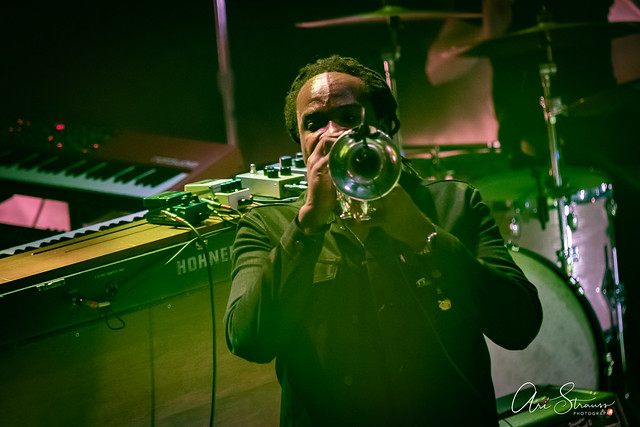 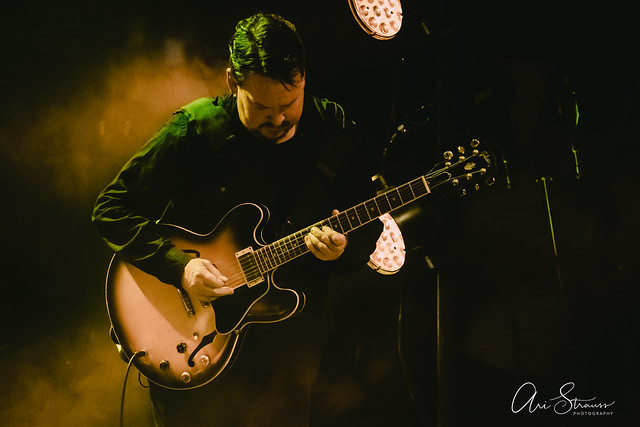 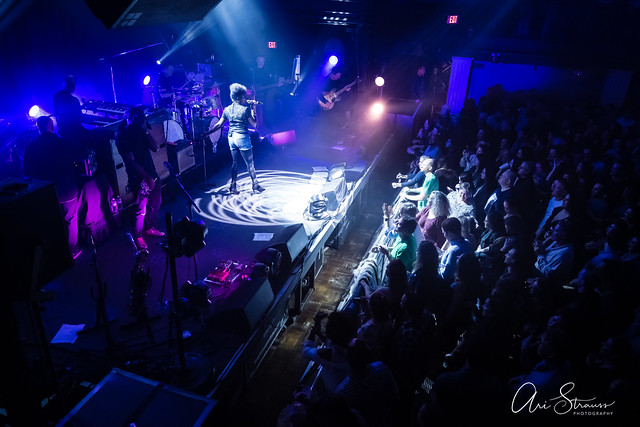 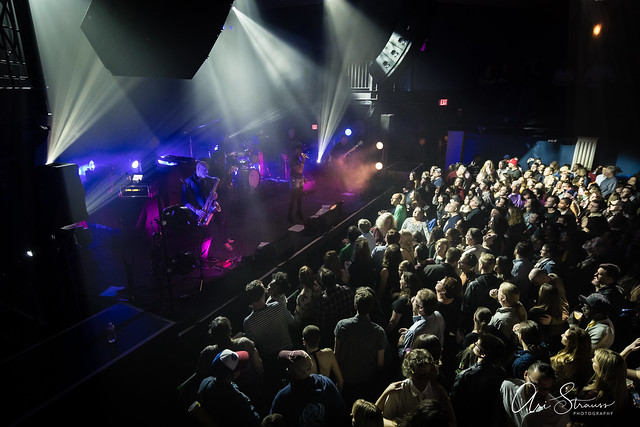 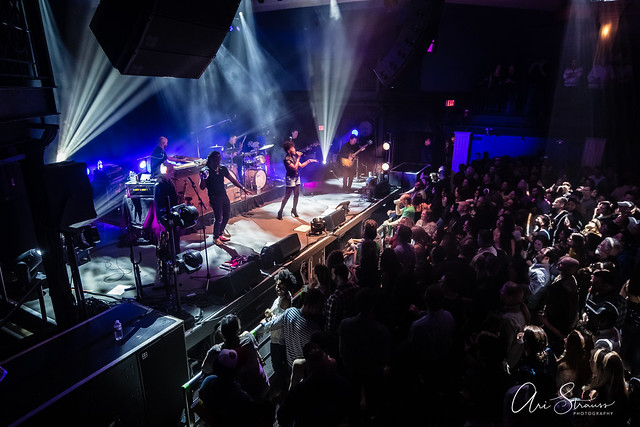 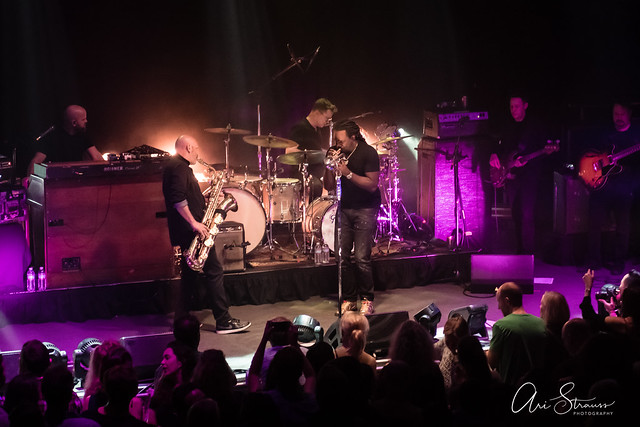 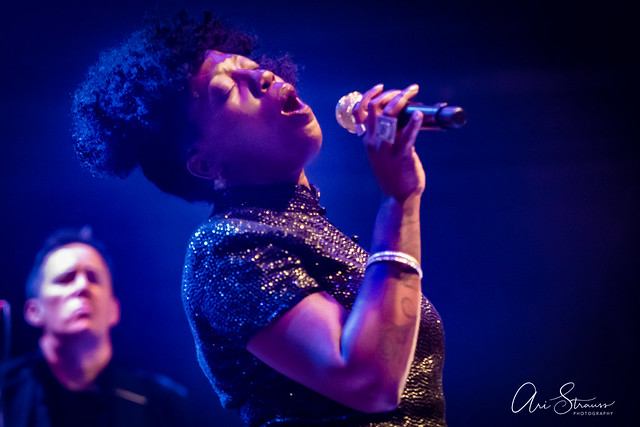 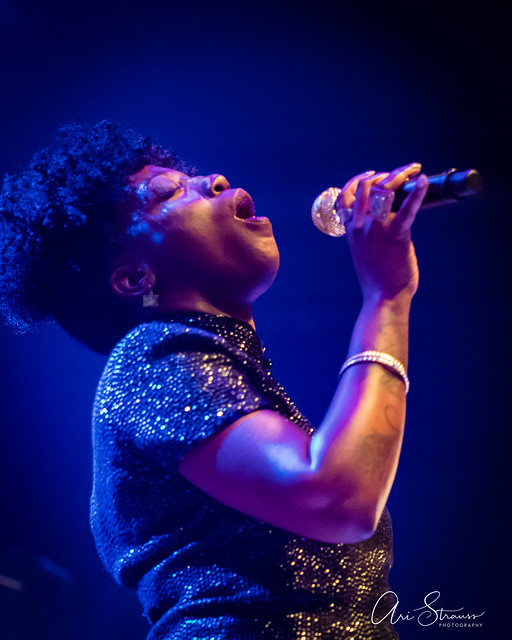 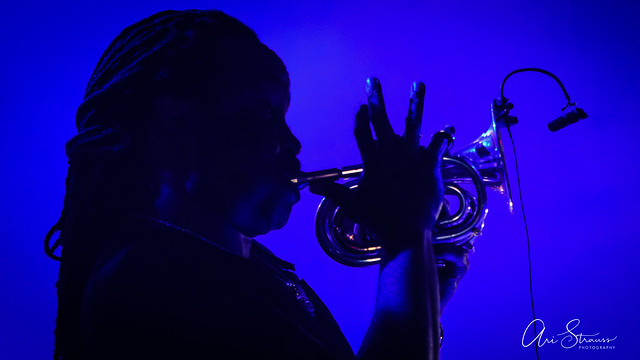