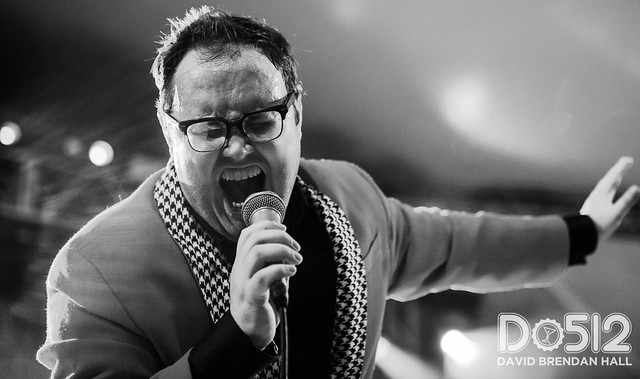 As a ’90s kid, I certainly love much of the music from the decade of my childhood, but I have often wished I could go back to the ’60s and ’70s to see some of the bands we will never see the likes of again. Listening to St. Paul and the Broken Bones makes me feel like I’m listening to something from those eras and yet, they just formed in 2012. I got to experience the eight-piece soul group live recently at Rams Head Live in Baltimore.

While St. Paul and the Broken Bones just formed a mere seven years ago, it’s quite apparent they have been honing their skills their entire lives. Frontman Paul Janeway and bassist Jesse Phillips met over a decade ago and played together in a group called The Secret Dangers. It was in 2012 when the two decided to start a new project, one that they both figured would be their last shot in the music industry before focusing on a different career path. Thus, St. Paul and the Broken Bones was formed, and we are still enjoying the benefits years later.

The band made it’s way on stage Friday night to a solid round of applause, but it became clear who the star of the band is when Paul strolled out moments later to a raucous roar from the Baltimore crowd. This love for the band’s lead singer is more than justified. I think my friend put it best when we were texting a few days before the show: “yea, dudes soulful as f*** !” I would describe his vocals as Al Green-esque.

Needless to say the show did not disappoint. There were some chances for the instrumentalists to show what they could do via drum, guitar, and horn solos. Paul called them the best band in the world and gave the crowd a chance to show their appreciation.

Don’t get me wrong, Paul would not be what he is without the Broken Bones, but he is the main attraction. It’s one thing to be able to sing. I have seen many good and even great singers in my lifetime. Paul has a voice that you just don’t hear nowadays. In a time of auto-tune, over-produced vocals, and to put it frankly, a lot of crap music, it is refreshing to come across a band like St. Paul and the Broken Bones. They put out their third album, Young Sick Camellia, late last year through “RECORDS”. I encourage you to give it a listen to fully appreciate Paul’s voice.

Stream Young Sick Camellia by St. Paul and the Broken Bones on Spotify:

I came away from Friday night wanting more. Not that they didn’t play long enough, they did. It’s just that I could’ve watched and listened to these guys for hours on end. For a guy who will never get to see the likes of Al Green, Marvin Gaye, or The Temptations, Friday night I got to see a band that truly pays homage to these legends of music and in the process are showing the music world that soul music is not dead.