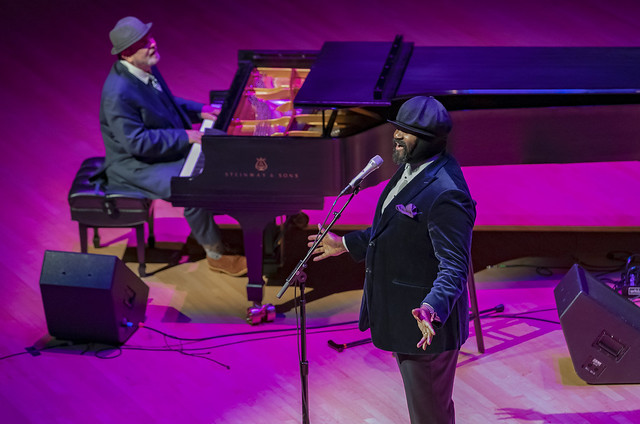 Gregory Porter performs at Strathmore Music Center on Feb. 15, 2019. (Photo by Will Colbert)

On Feb. 15, the linebacker-sized singer stepped onto the maple floors of the Bethesda, Maryland concert hall. The soulful crooner, who stands over 6’2”, used a cane to make his way across the platform as the band played “Holding On,” from his 2016 Grammy award-winning album Take Me to the Alley.

Gregory greeted the well-dressed audience after the opening song. The dapper singer, who wore a velvet sports coat, white tuxedo shirt, and signature headwear, started by explaining the cane. His injury was a byproduct of backyard play with one of his school-aged children.

Injury and resilience define many of life’s significant transitions. The Bakersfield, California native knows a bit about both. As a young man, he earned a full scholarship to play football for San Diego State University (SDSU). A shoulder injury sidelined Gregory and likely changed the course of his life. After the injury, he moved to New York, where his music career began.

Gregory took the audience on the A train Uptown during his performance of “On My Way to Harlem,” from his sophomore album Be Good (2012). The song’s lofty melody blew through the orchestra and up the promenade like a summer breeze down New York’s 17 East 126th Street. That’s the location of the iconic “A Great Day in Harlem” photograph.

The 1958 photo captured by Art Kane, for Esquire magazine, featured 57 of the most well-known jazz musicians of the time. Gregory would certainly be standing in front of the Harlem brownstone stoop with jazz greats like Charles Mingus, Art Blakey, and Thelonious Monk if he were part of that era. 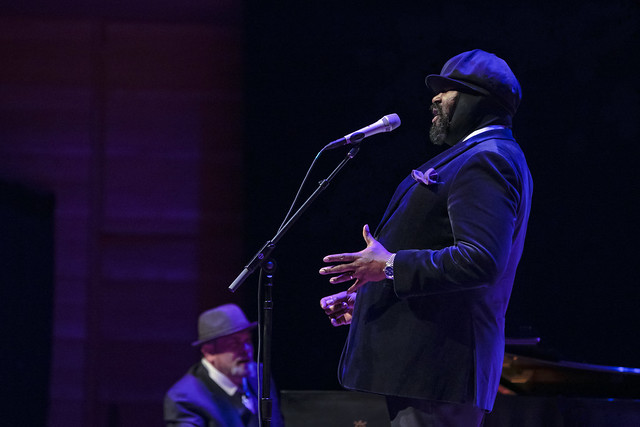 Gregory’s booming vocals enchanted the lovers in the house and soothed the souls of those with Valentine’s hangovers. “Sometimes the lover can be angry ’till the end, but it’s always the friend inside, that will make amends,” he sang on “Insanity,” from Take Me to the Alley.

The at-times whimsical storyteller conjured a fairy tale of a mistreated lion seeking love during his performance of “Be Good (Lion’s Song).” He has called the love song a “lullaby for your inner child.”

Gregory started singing in a church choir as a boy. He showed his gospel roots during his performance of the title track from the Take Me to the Alley album. His mother, Ruth, a storefront church minister would’ve been proud. The song about the need to treat societies downtrodden with compassion is a lesson worthy of any ministry.

There’s a bit of Ruth present on “Don’t Lose Your Steam,” also from Take Me to the Alley. Mid-performance he smiles and tells the crowd that he can almost hear his mother’s voice when he sings, “Don’t lose your head of dreams. BOY, you hear me calling your name.” The song about perseverance in chasing one’s dreams is likely inspired by the Porter matriarch. Gregory’s mother lost her battle with breast cancer when he was in his twenties. Gregory tells the UK’s Independent, during a 2014 interview, that two days before her passing she told him, “Don’t forget about the music! It’s the best thing you do.”

During the show, Gregory performed The Temptations song “Papa Was a Rolling Stone.” The 1972 tune likely sums up his relationship with his father. Ruth gave Gregory guidance and direction, his father Rufus was another story. Gregory has said in interviews that his father was absent most of his childhood.

The orchestral sound of Nat King Cole’s “Nature Boy” befitted the Strathmore’s pitch-perfect acoustics. The song is part of Gregory’s 2017 album, Nat “King” Cole & Me, a tribute to his musical hero. In a way, Nat King Cole’s music filled a void left by his father’s absence. “Nat King Cole’s lyrics were speaking to me, almost like fatherly advice…” Gregory told NPR’s All Things Considered in 2013.

Stream Nat King Cole & Me by Gregory Porter on Spotify:

Gregory continued his tribute to soul music greats during his performance of Sam Cooke’s 1964 Civil Rights anthem, “A Change is Gonna Come.” The song has been redone by countless artists over the decades, but it never loses its goosebumps-inducing power.

During the show, each member of the band was given ample room to display their skills in what at times felt like a jam session. They effortlessly weaved in and out of jazz, gospel, and blues. It was a night filled with excellent musicianship and soul. What better way to spend the night after Valentine’s day?

Other highlights from the night included Gregory Porter’s performances of…

Here are some photos of Gregory Porter performing at Strathmore Music Center on Feb. 15, 2019. All photos copyright and courtesy of Will Colbert. 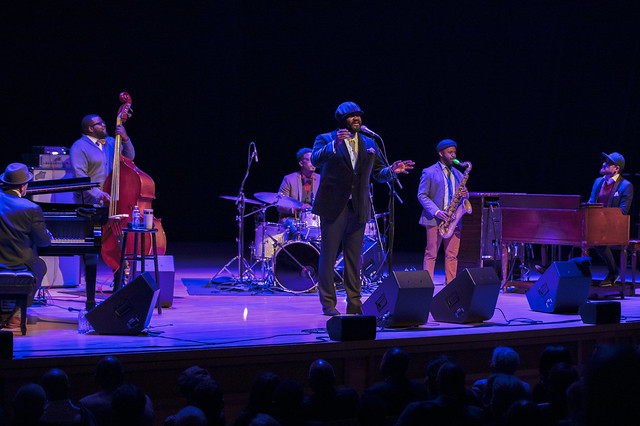 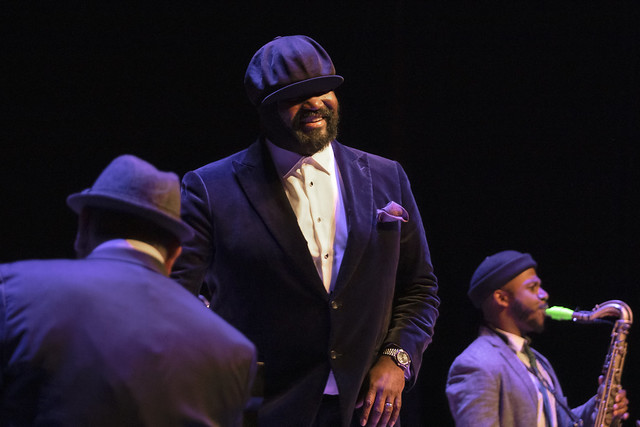 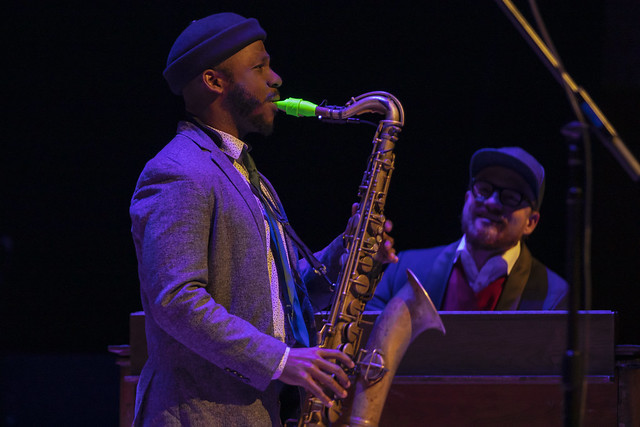 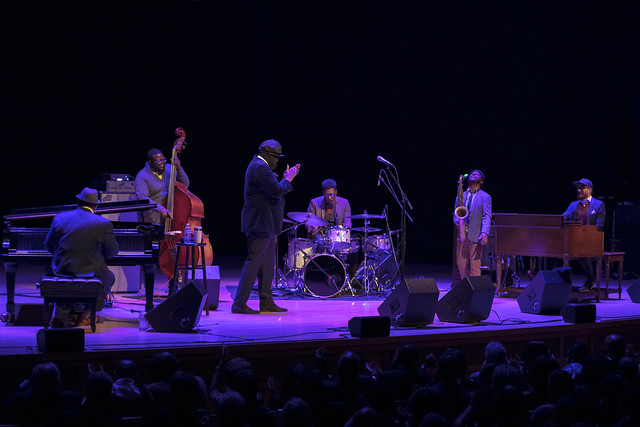 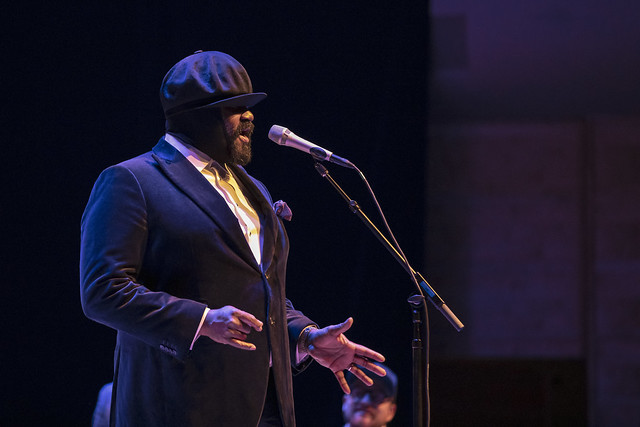 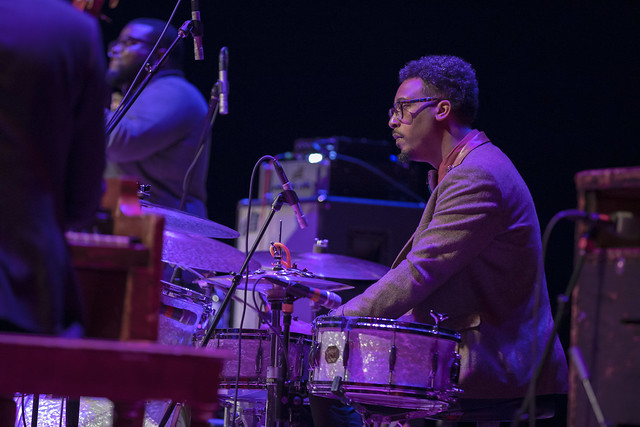 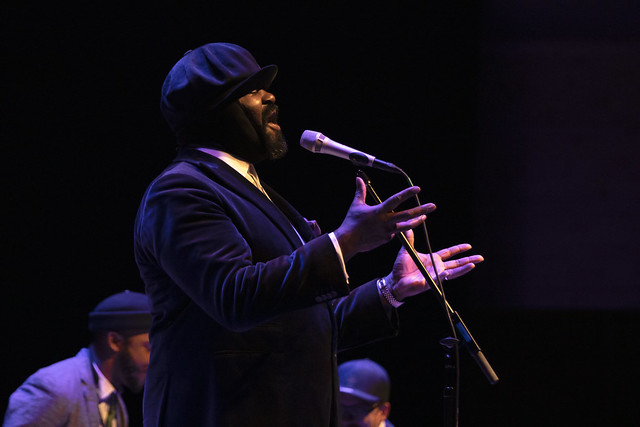 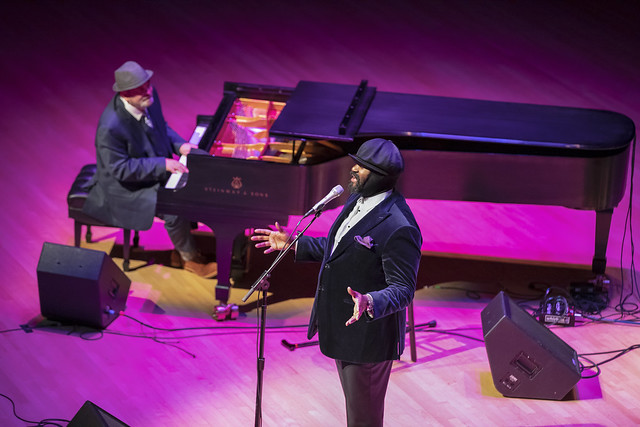 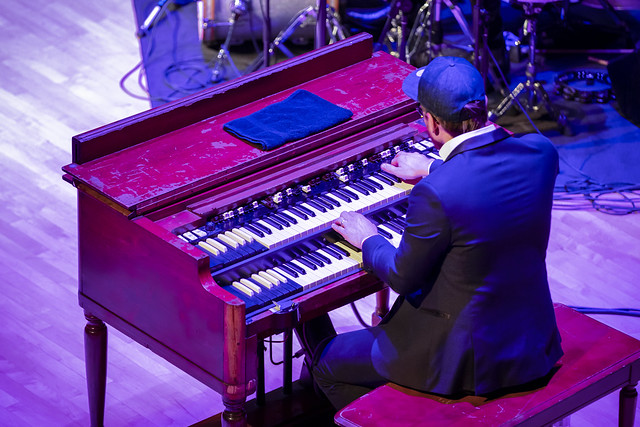 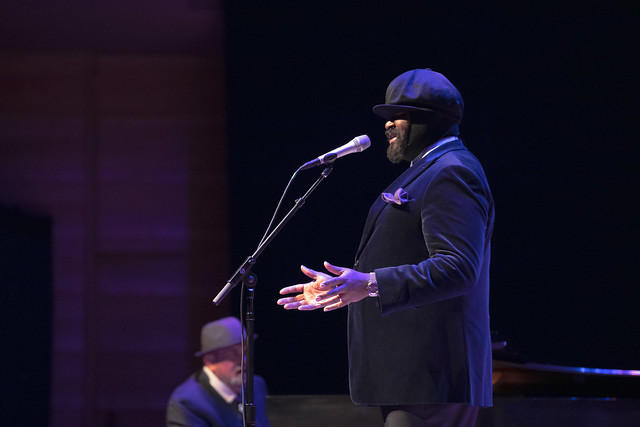 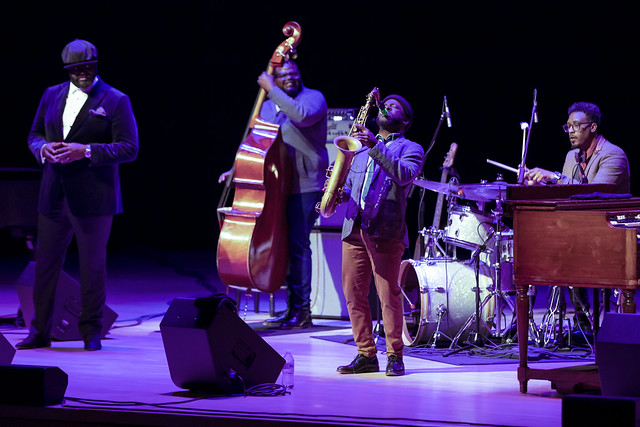 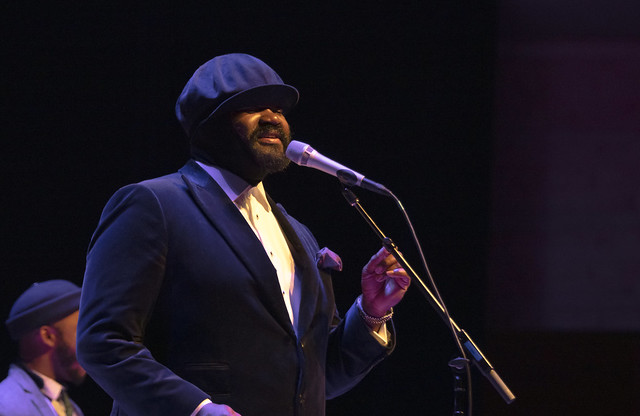