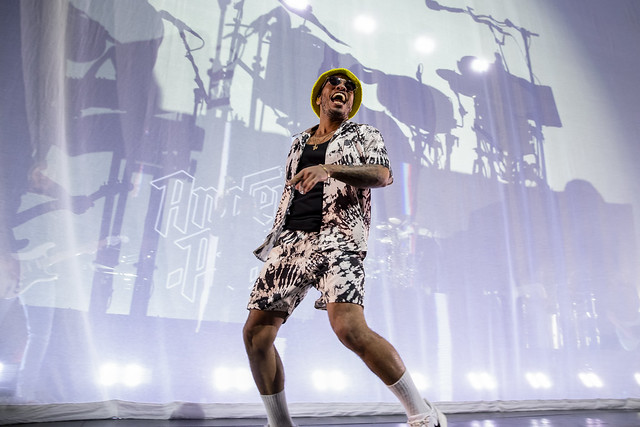 Anderson .Paak performs at MGM National Harbor on Feb. 20, 2019. (Photo by Will Colbert)

Federal government offices in DC closed for a day due to snow recently, but icy evening conditions didn’t deter fans from venturing out to see Anderson .Paak & The Free Nationals. The sold-out show at the MGM National Harbor was part of the “Andy’s Beach Club World Tour” that kicked off earlier this month.

The SoCal musicians transported the defrosting DMV fans to the Cali coastline via a collection of songs from Anderson’s beach-inspired albums — Venice (2014), Malibu (2016), and Oxnard (2018).

On Feb. 20, the show began in darkness as the dreamy interlude to “The Chase,” off Oxnard, floated through the theatre. The melodious swell gave way to a surge of furious percussions as the drums kicked in and a wave of sound crashed into the audience. The fans erupted when the lights hit the stage. A semi-transparent curtain revealed a silhouette of Anderson drumming atop a raised platform. The triple threat drummer/ singer/ rapper was going all in on the funky song that would fit well on a modern day Shaft soundtrack.

The recent first-time Grammy winner appeared to still be riding the wave of elation that came with the achievement. “I told you I’d be back, but you didn’t know it would be with a Grammy,” he said before performing “Bubblin’.” The song earned him the nod for 2018 Best Rap Performance.

The stoked performer didn’t spend much time in one place during the show. When he wasn’t dancing across the stage, he was racing back to the drums. Anderson’s kinetic energy belied his California cool. The breezy emcee’s tie-dye short set, tube socks, and bucket hat made it clear that the laid-back Golden Coast is his natural element. 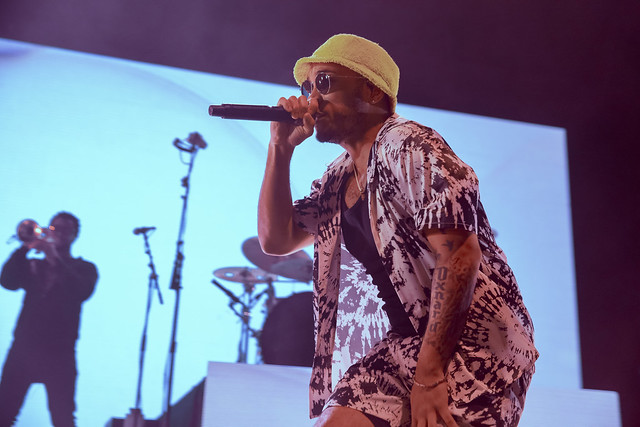 “Yes, Lawd!” would be shouted throughout the night by both Anderson and his fans. The versatile phrase can be used to heighten a good feeling. Let me demonstrate: “I don’t have to go to work today AND I get to go to the Anderson .Paak show? Yes, Lawd!”

Anderson first uttered his catchphrase on “Suede.” The song is on the Yes Lawd! album, a collaboration between Anderson and producer Knxwledge. It’s the type of song that a true player would blast while cruising Santa Monica Boulevard in an El Camino on Daytons.

You get Anderson’s storytelling best during his performance of “Milk N’ Honey,” off his debut album Venice. On the song, he went into great detail about how greed and the wrong woman are a recipe for ruin. The tale took a few turns before a plot twist that recalled the ‘queenpin’ in Common’s song “Testify.”

Confetti was shot in the air during the performance of “Lite Weight.” The white pieces of paper falling to the ground looked like the snow that fell across the DMV hours prior to the show. The song, which opened with the gravelly voice of legendary California disk jockey Wolfman Jack asking for “a little surf music, baby,” was the second of a three-song encore.

“If you miss Mac Miller like I miss Mac Miller make some noise,” Anderson said prior to performing the last song of the night. The two artists collaborated on “Dang,” off Mac’s 2016 album The Divine Feminine. Sadly, the 26-year-old rapper passed away late last year from a drug overdose. “I can’t keep on losing you, Over complications, Gone too soon, Wait, we was just hangin’,” sang Anderson. The hook was originally written by Anderson to commemorate loved ones that passed but was repurposed for the break-up-to-make-up song. Mac, a believer in the divinity of the universe, would find the irony amusing and Anderson’s tribute touching.

If waves transfer energy, the Anderson .Paak & The Free Nationals performance can be likened to a tsunami. The ebb and flow of the enthralling show didn’t subside until fans were leaving the theatre and even then positivity rippled through MGM’s corridors as they exited.

Other highlights from the night included Anderson .Paak & The Free Nationals performances of…

Here are some photos of Anderson .Paak & The Free Nationals performing at the MGM National Harbor on Feb. 20, 2019. All photos copyright and courtesy of Will Colbert. 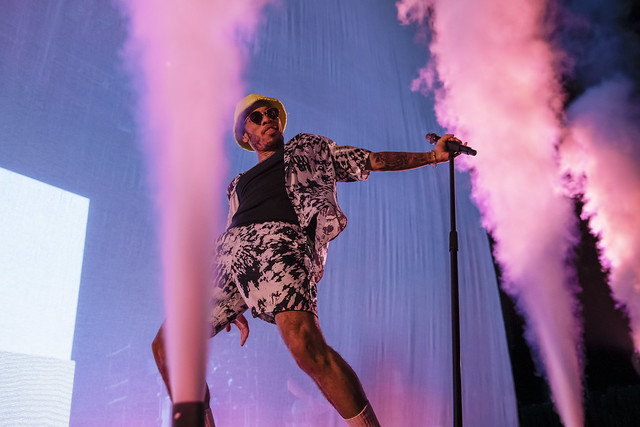 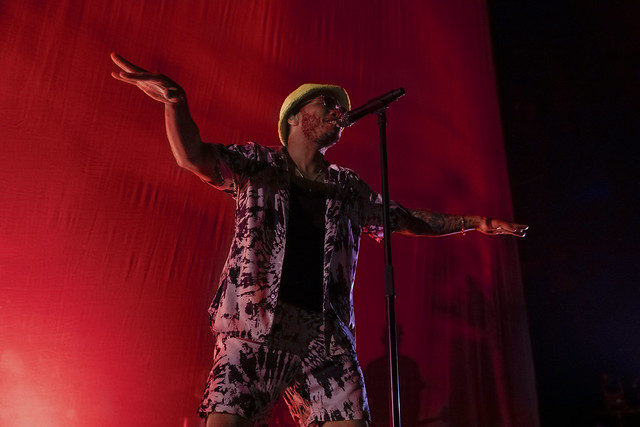 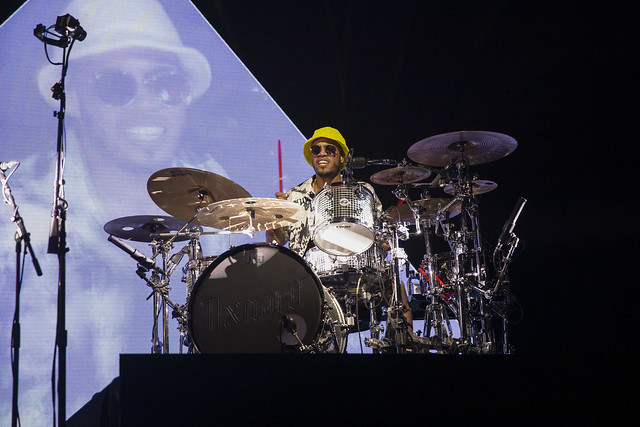 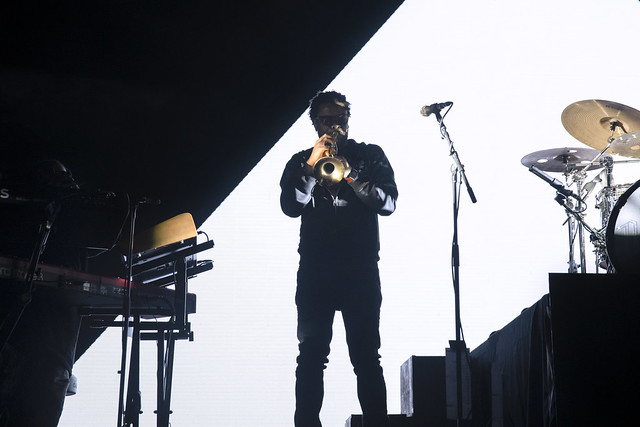 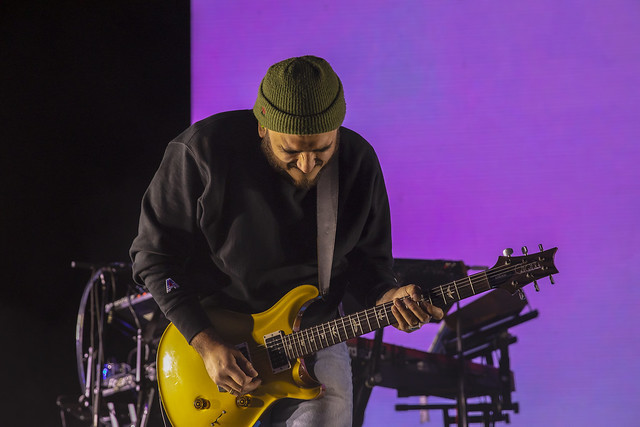 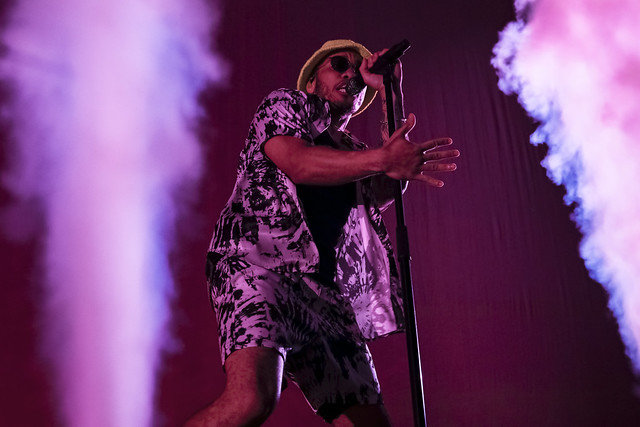 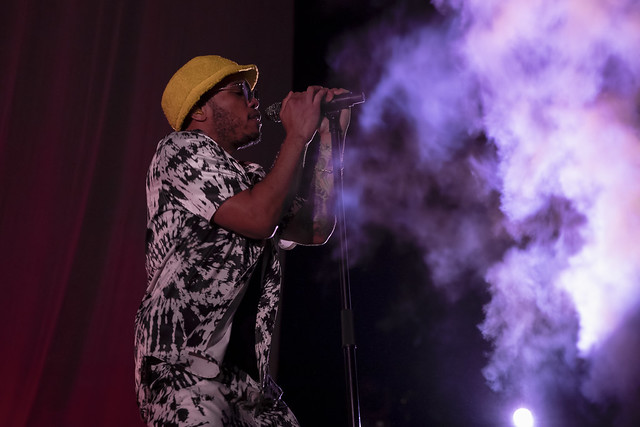 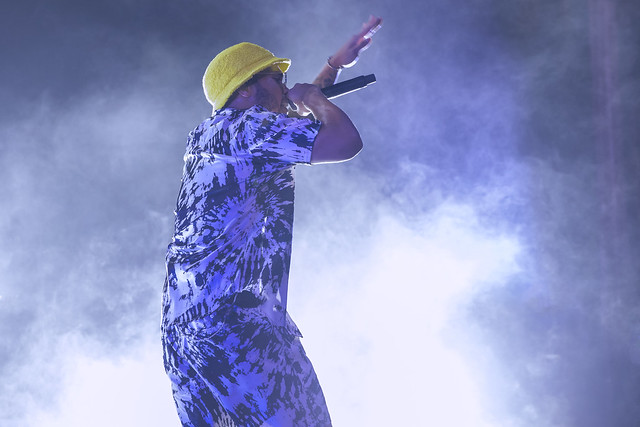 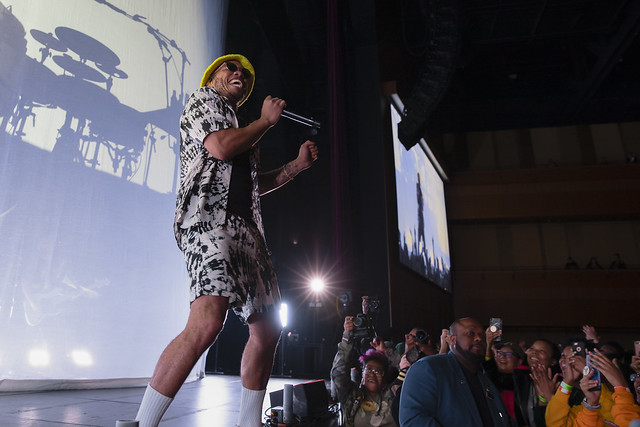 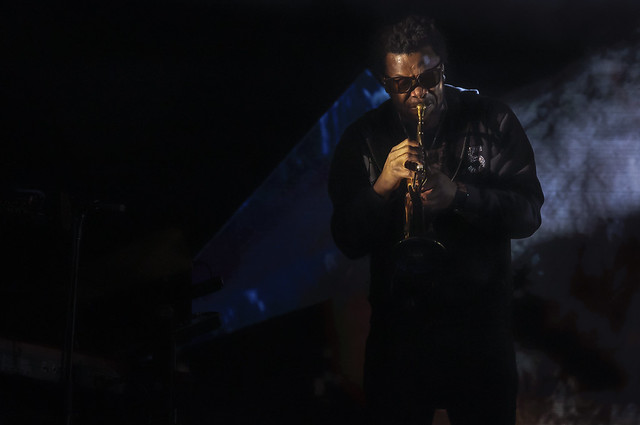 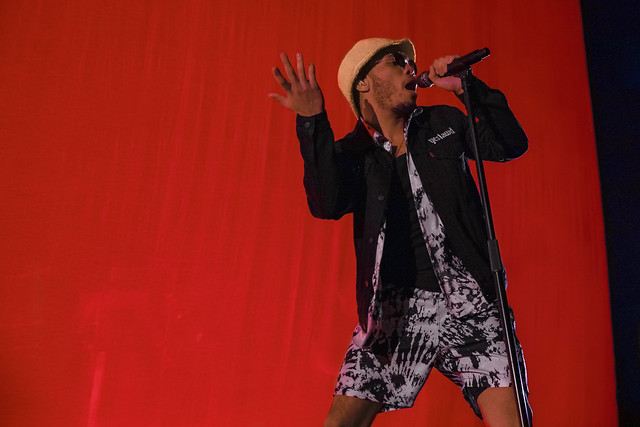 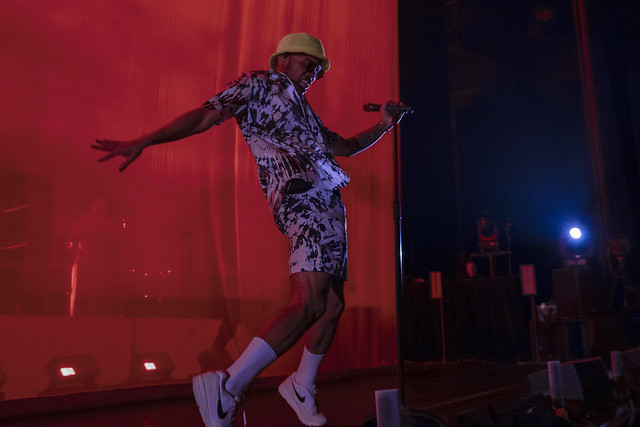 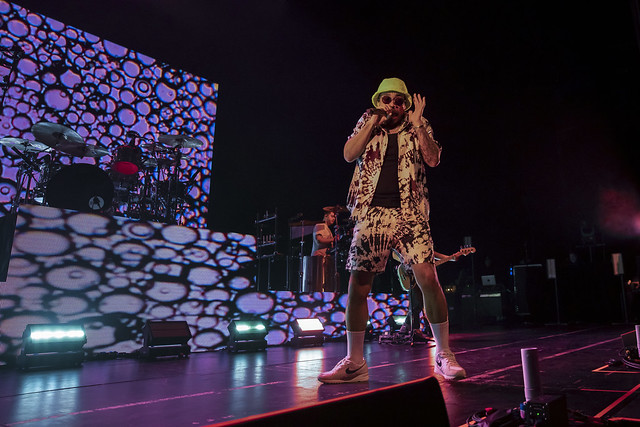 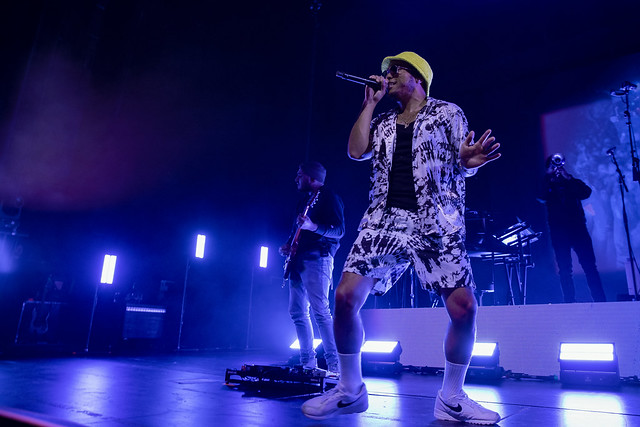 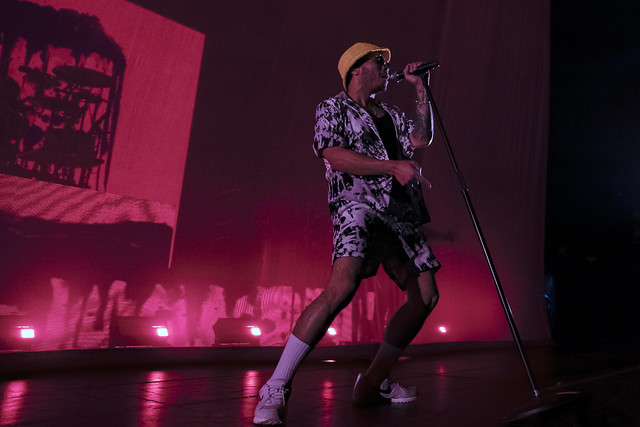 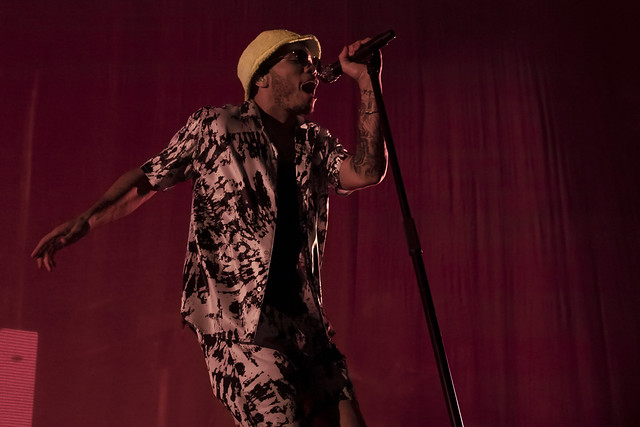