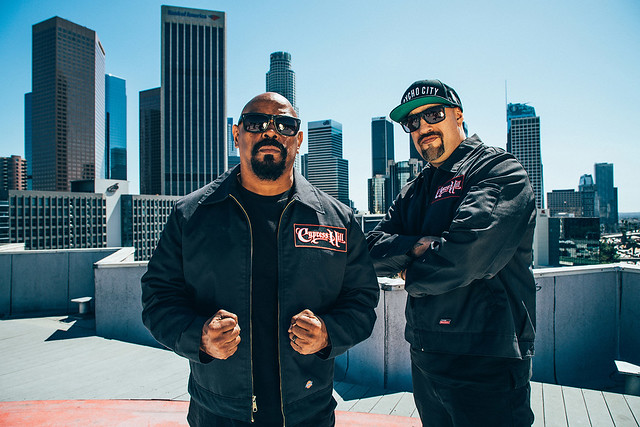 Elephants on Acid is Cypress Hill’s first album in nearly a decade, as well as the first record DJ Muggs produced since 2004’s Til Death Do Us Part. After reuniting with B-Real and Sen Dog in Los Angeles, he traveled across the world to collect the vibe and sounds that make up much of what you’ll hear from start to finish on the 21-track-interlude mix.

PSALMS serves as a companion piece to Hollywood Undead’s 2017 LP, FIVE, and features previously released tracks, “Gotta Let Go” and “Another Level,” as well as three brand new songs. Complete with an eclectic blend of pop, rock, and rap, the EP showcases the five-piece’s versatility, diverse musicianship, and authentic songwriting.

Watch the official music video for “Whatever It Takes” by Hollywood Undead on YouTube:

“Anything can happen when Muggs, B-Real, and myself get together to record,” said Sen Dog. “We were kids when we first got together. We’ve grown up as men now, but the chemistry is still the same. I can only describe it as the electric feeling when we first started and didn’t have a record deal or anything — we just knew there was something between the three of us. Elephants On Acid was that. You have to listen to this as one piece of artwork. The last time I felt that way was Black Sunday. When we first came out in the nineties, we sounded like nobody else; we sounded like ourselves. This is another continuation.”