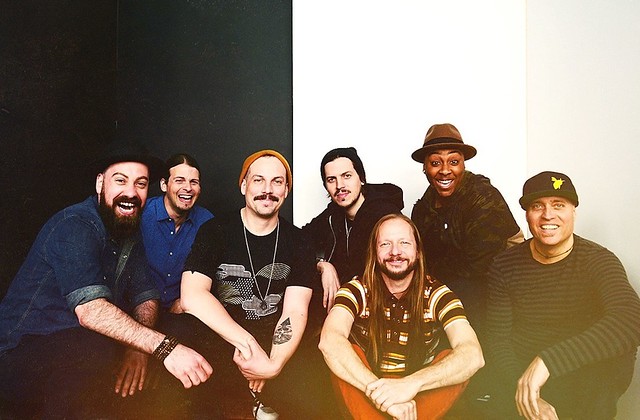 Denver-based funk collective The Motet released Death or Devotion, the band’s ninth studio album, via their own label in January. The Motet are on tour with a stop at 9:30 Club on Saturday, March 9.

Death Or Devotion earmarks an important point in the band’s own journey. Since emerging in 1998, the seven-piece band have cooked up eight full-length albums and entranced countless crowds. The Motet started recording Death or Devotion during intermittent sessions at Scanhope Sound in their native Colorado in 2017. The collection of nine new songs finds the band pushing boundaries and breaking new ground, welcoming old fans and new audiences alike – continually providing a welcome escape for listeners.

“The essence is always going to be the groove, but we wanted to expand the idea of what a funk album could be,” said vocalist Lyle Divinsky. “Of course, you want a driving backbeat. However, with the division that’s going on in this country and the world, I think it’s every artist’s responsibility to create a conversation. That conversation doesn’t have to be political either. It can be about love or an introspective journey. I think the commentary should be on what it’s like to be alive today. By drawing on funk, we create a fun, palatable musical vehicle for the message to go down. Our goal is for you to recognize we’re all dancing on the same dance floor—even though our steps may look a little different.”

“The Motet built its fanbase on their boisterous live shows, feel-good up-tempo funk and 420-friendly party-starting songs. But Divisnky is also aiming to bring some of our national moment’s political urgency to the band’s new tracks, like the call to action ‘Whacha Gonna Bring,’ which the get-out-the-vote organization HeadCount used as a campaign song in advance of the fall midterm elections,” said The Aspen Times.