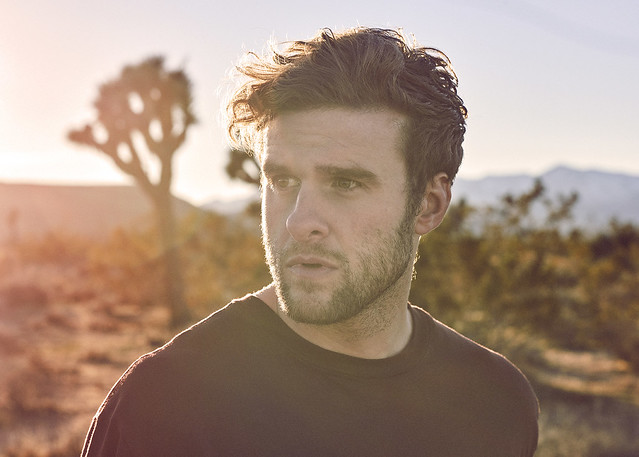 Ireland’s very own Talos, born Eoin French, will perform at Lincoln Theatre as opener for Aurora on Sunday, March 10. Following a run with Peter, Bjorn, and John late last year, Talos released his sophomore album, Far Out Dust, via BMG on Feb. 8.

Far Out Dust is a stunning blend of organic and electronic music with a gorgeous sense of discovery and wonder. It was written and recorded all over the globe, including New York City, Los Angeles, London, Dublin, Cork, and Reykjavik. Where Talos’ acclaimed debut, Wild Alee, was a solitary affair about isolation and escape, Far Out Dust finds Talos embarking on new journeys, drawing strength and comfort from lived experience and deep human connection. The result is both his most ambitious songwriting and most sophisticated studio work, a collection that radiates with creative confidence even as it wrestles with the pain of doubt and regret.

Watch the official music video for “The Light Is Upon Us” by Talos on YouTube:

In a review for AllMusic, Neil Z. Yeung hails the album as a “fully transportive experience.”

“Evoking the intergalactic star-stuff of the album’s title, [Talos] makes a shift from the insular soundscapes of his 2017 debut to grand cinematic atmospherics, centered on his signature falsetto, yearning vocal delivery, and rapturous electronic production. Joined by frequent collaborator Ross Dowling and a select team of producers that have worked with kindred acts such as Sigur Rós, Wet, and Björk, Talos transports with delicate yet swelling power, recalling both James Blake and M83,” Neil wrote.

Buy your tickets online. And arrive early for Talos!