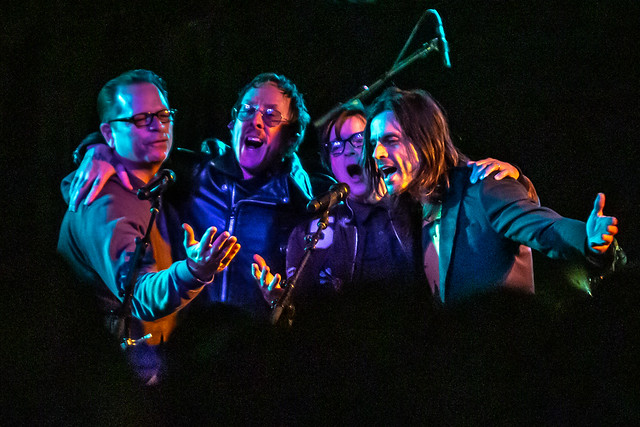 To our surprise and delight, SiriusXM hosted Weezer at the Black Cat on Wednesday, and a full house rocked out to a band with four platinum albums under its belt in the intimate club.

Frontman Rivers Cuomo and his bandmates played half a set of 11 songs, introducing the crowd to two new songs from Weezer (Black Album), which drops today via Crush Music and Atlantic Records.

Those two new songs — “Can’t Know the Hustle” and “Living in LA” — may not have been well known to the audience, but folks were fumbling over themselves to get the best view of Rivers, Patrick Wilson (drums), Brian Bell (guitar), and Scott Shriner (bass). The gents, undoubtedly used to the expansive stages of stadiums at this point, seemed to appreciate the opportunity to perform on a smaller stage, and they were immediately at home at the Black Cat.

In the highlight of the show, Weezer took advantage of the club setting to gather around a microphone at the front of the stage of a special version of “Buddy Holly” from their debut album, Weezer (Blue Album). Following Rivers’ lead, the band sang it as a barbershop quartet, adding originality and a dash of levity to the familiar classic.

Personally, I also enjoyed Weezer’s cover of “Everybody Wants to Rule the World” by Tears for Fears — a cover that appears on the band’s surprise Weezer (Teal Album), which was released in January. That album also featured Weezer’s exciting cover of “Africa” by Toto, and there was some grumbling in the audience that Weezer did not play that song instead as one of their 11 songs, but I felt that “Everybody Wants to Rule the World” honestly suited the band quite well.

Weezer is making the rounds in TV and radio appearances prior to launching a big stadium tour with the Pixies co-headlining. Locally, the tour will hit Royal Farms Arena in Baltimore on Sunday, March 17. Make your plans to see Weezer live! And thanks to SiriusXM for bringing Weezer to the city. Check out SiriusXM.com for more opportunities to see your favorite bands in unexpected places!

Here are a few more pictures of Weezer performing at Black Cat on Feb. 27, 2019, courtesy of SiriusXM. 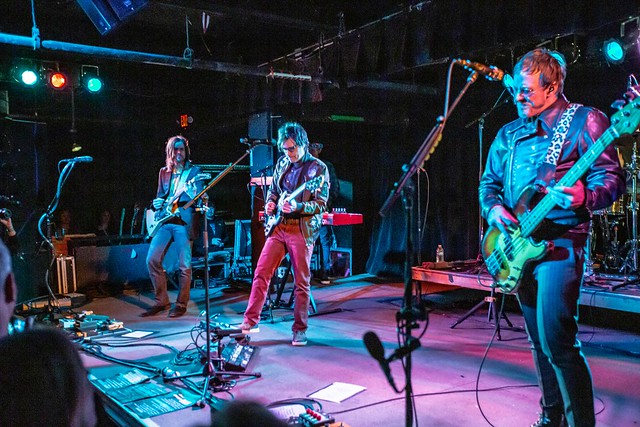 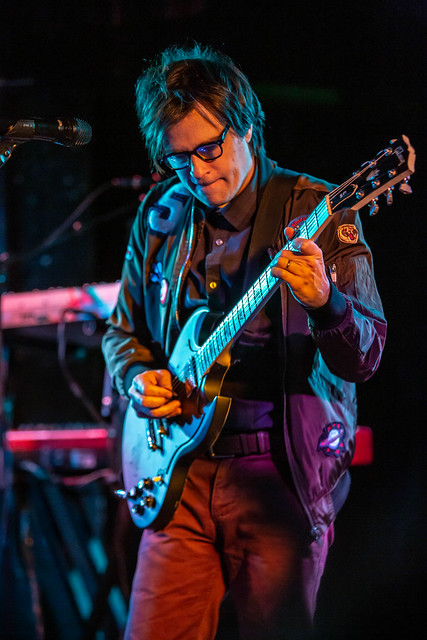