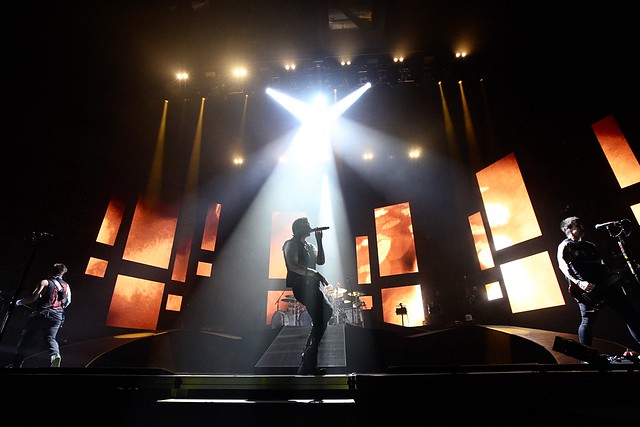 Shinedown delivered a fiery performance recently at UMBC Events Center in Baltimore. The band has just set out on their Attention! Attention! Tour in support of their 2018 album of the same name.

Shinedown is touring along with Papa Roach and Asking Alexandria. The UMBC Events Center was packed with fans anxiously awaiting the show. Shinedown literally exploded onto the stage and as the curtain dropped, fire ignited to their single, “Devil” from the new album, Attention Attention.

Always energetic on stage, lead singer Brent Smith, performed with charisma, always engaging the crowd. Using the runway in front of the stage, Brent made sure to give attention to his fans and shake hands with those who were lining the stage. 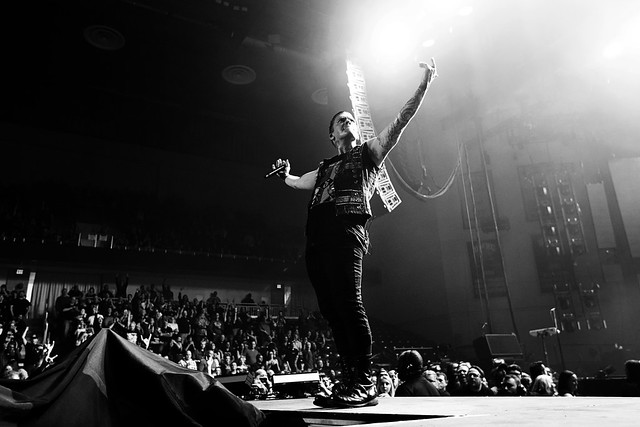 Shinedown’s stage setup was very creative. They performed nine songs on the main stage. Then the entire band moved to the front of the runway onto a smaller front stage, where they performed six more songs. This set included a Lynyrd Skynyrd cover of “Simple Man.” After a short break, the band returned to the main stage to close out the night with three more songs. They ended with the last song on their new album, “Brilliant.”

This was definitely a show for the fans. Shinedown delivered an energetic set and everyone in the arena looked very excited to be there! Enjoy these photos of Shinedown performing at the UMBC Events Center or Feb. 28, 2019. All photos copyright and courtesy of Shantel Mitchell Breen. 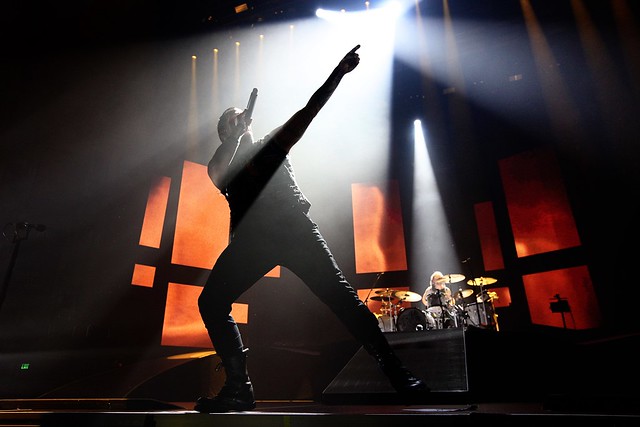 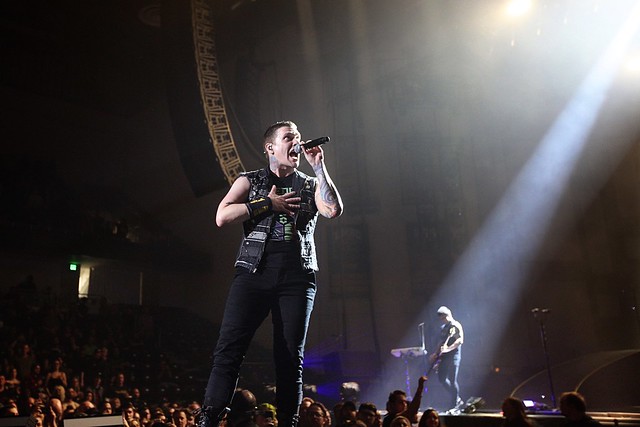 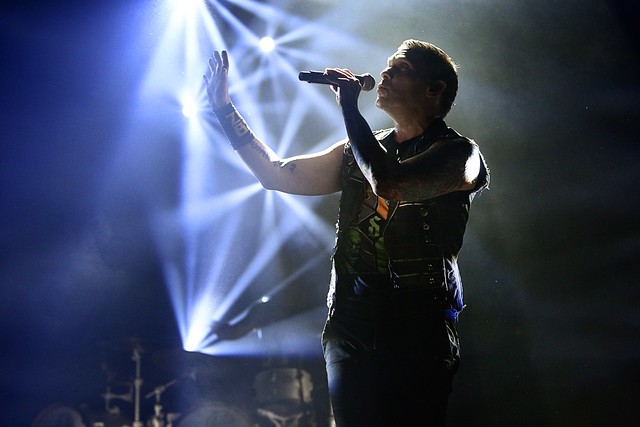 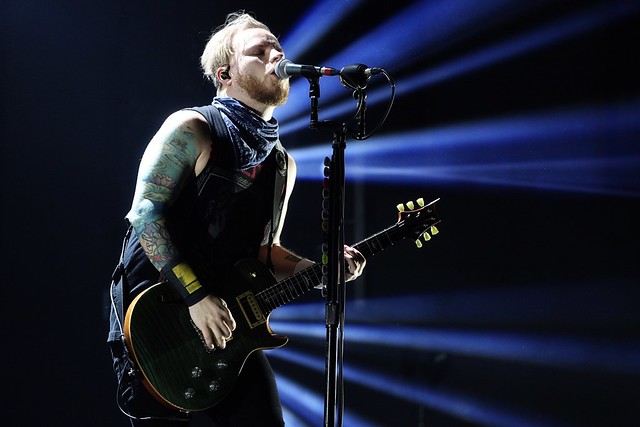 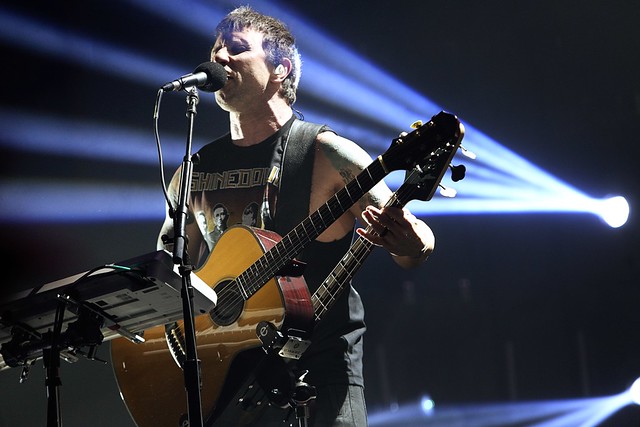 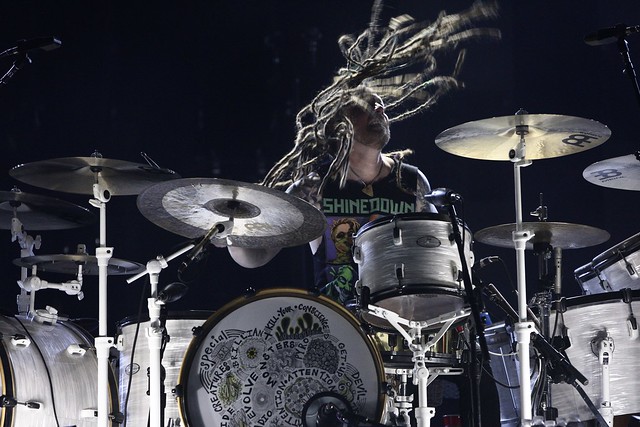 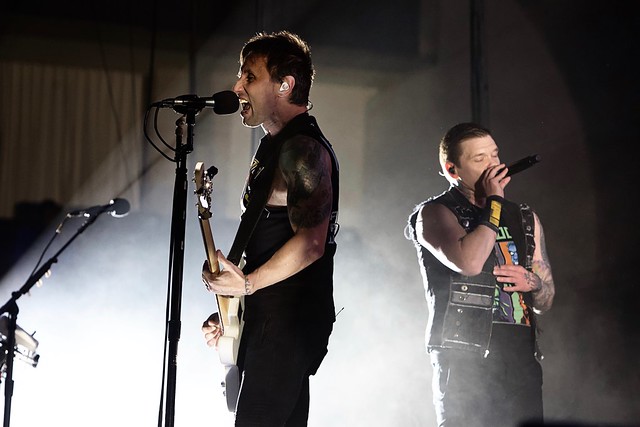 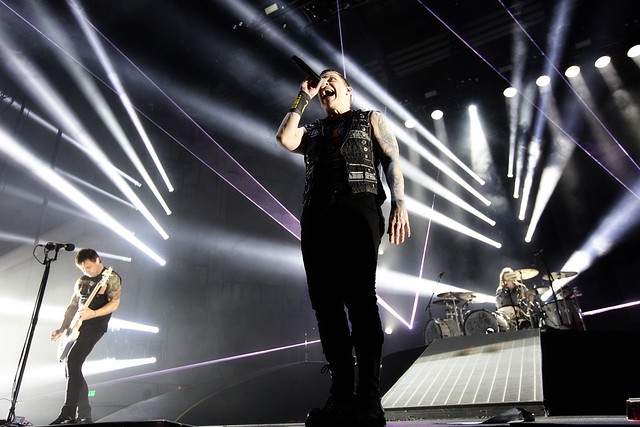 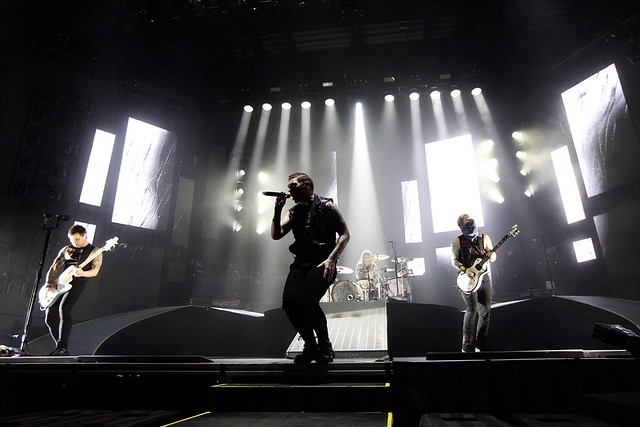 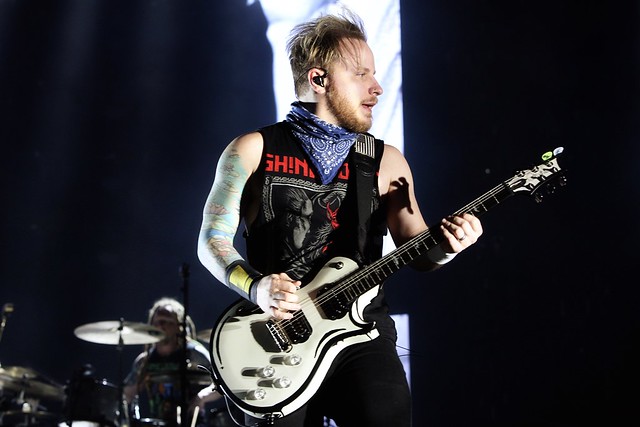 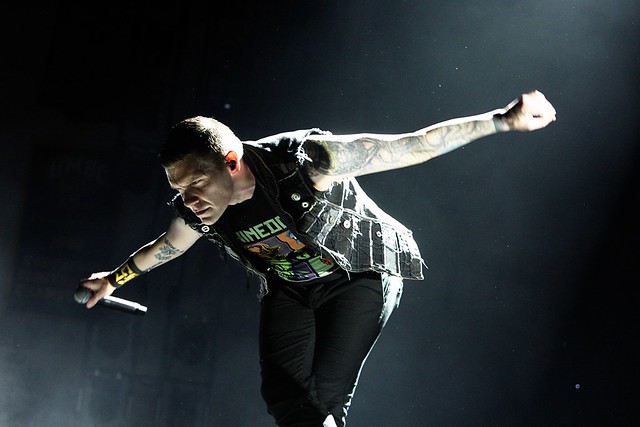 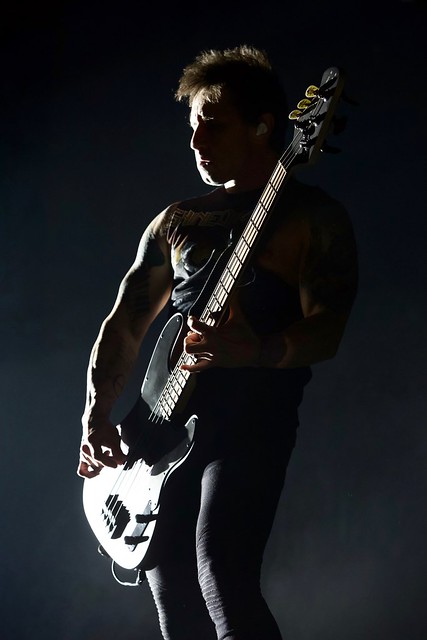 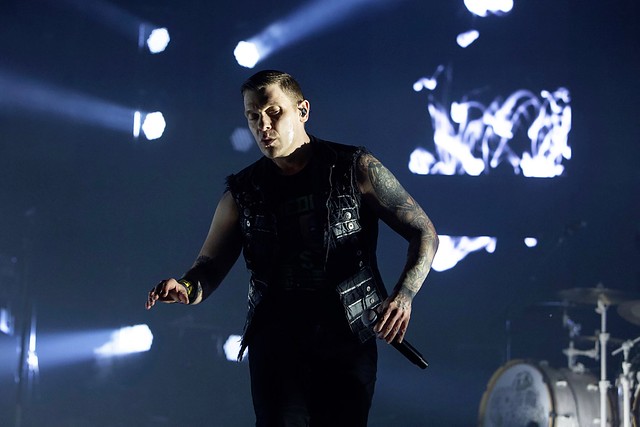 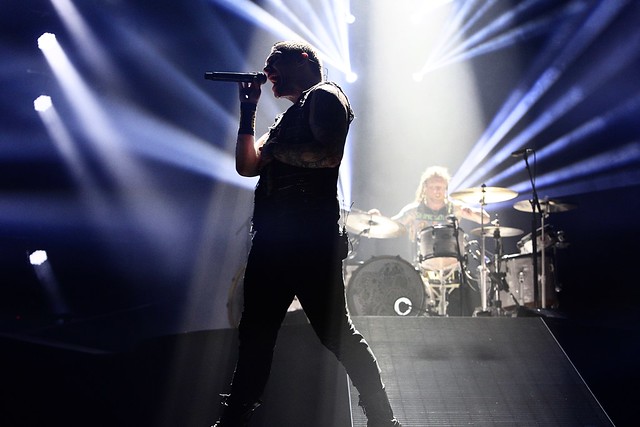 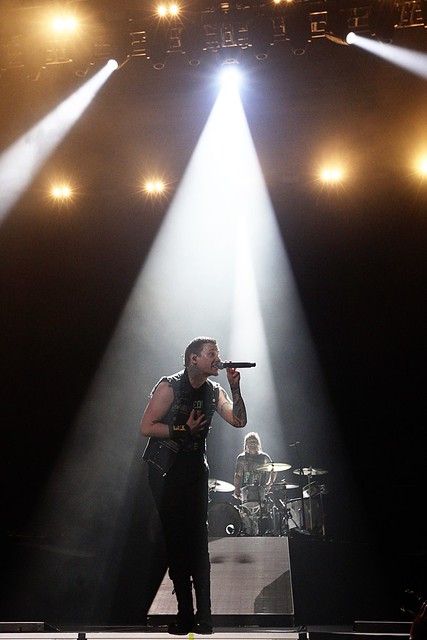 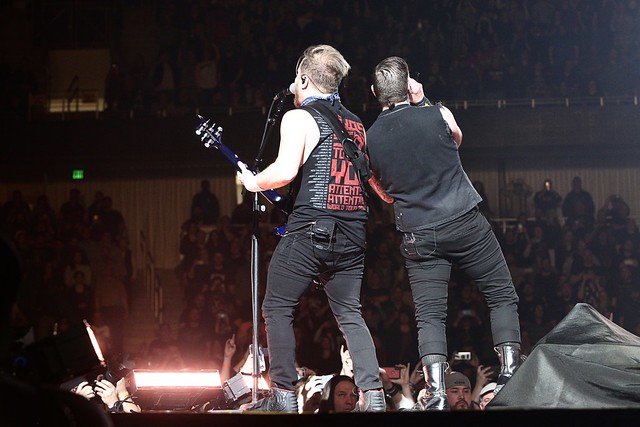 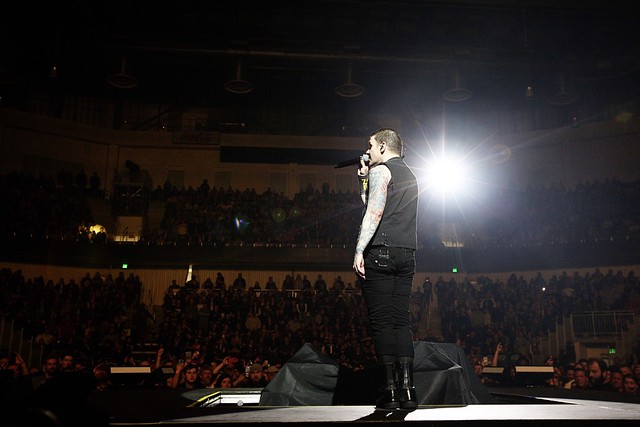 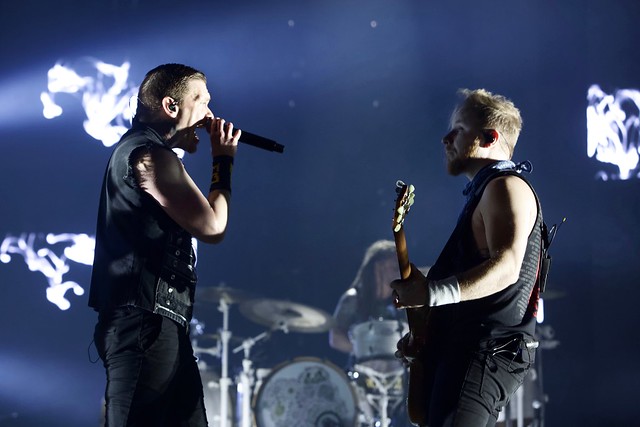 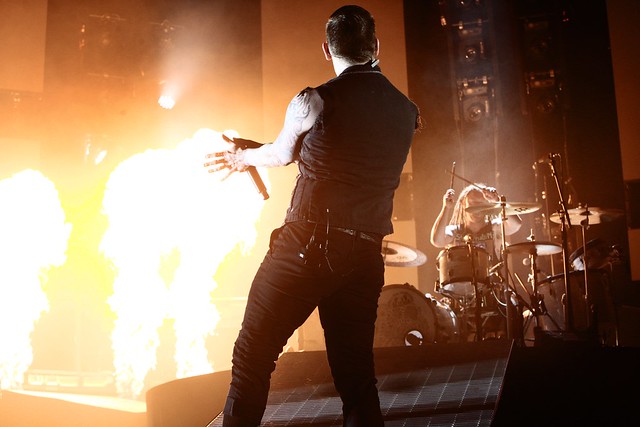 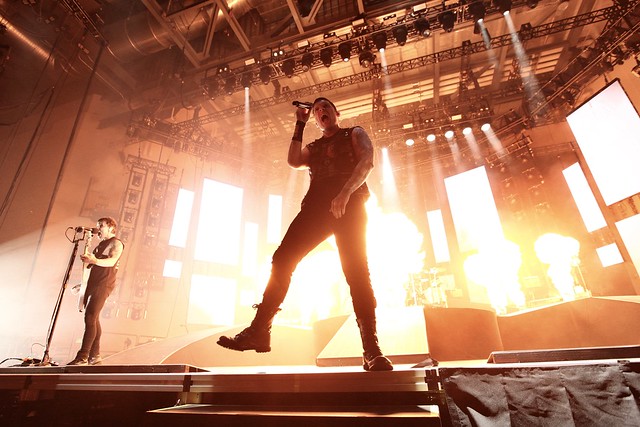 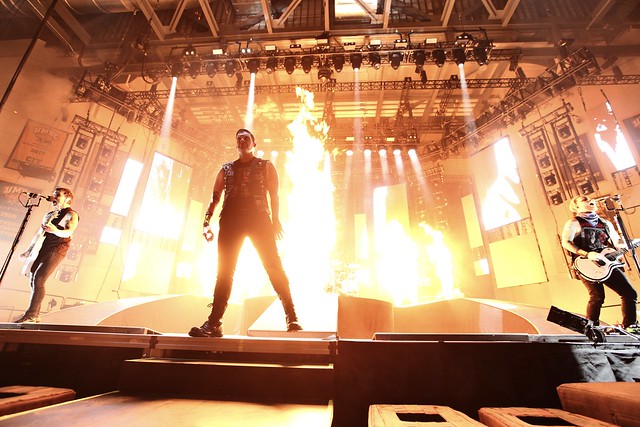