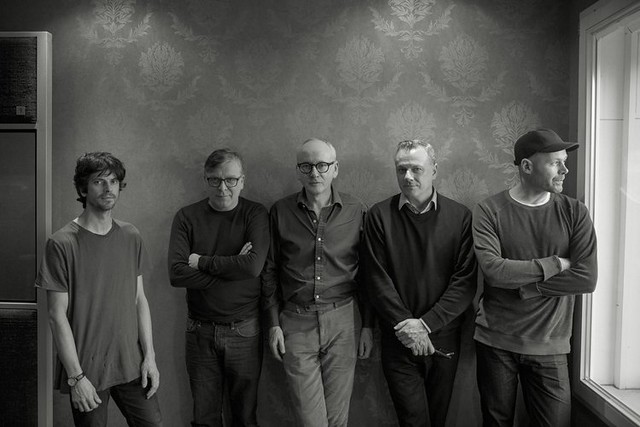 Scots jangle poppers Teenage Fanclub released a new song recently, publishing “Everything Is Falling Apart” via Merge Records. On its current US tour, the band performs at 9:30 Club on Saturday, March 16.

Last year, Teenage Fanclub reissued five albums — the third through seventh it its catalog: Bandwagonesque (1991), Thirteen (1993), Grand Prix (1995), Songs From Northern Britain (1997), and Howdy! (2000). In 2016, the band released its latest full-length album, Here. In 2018, bassist and vocalist Gerard Love left the band, citing a dislike of flying in support of a demanding tour schedule as a primary reason for his departure.

Watch the official music video for “Everything Is Falling Apart” by Teenage Fanclub on YouTube:

In a review of Here for The Line of Best Fit, Chris Todd complimented Teenage Fan Club’s introspection and dreaminess.

“The core components of their sound have remained intact, and it’s only the delivery – which has naturally slowed down in pace — that has changed. Big Star, Gram Parsons, Rodeo-era Byrds… it’s all here, but they’ve been at this for so long now that these influences have just naturally just become part of what it is to be Teenage Fanclub,” Chris wrote.