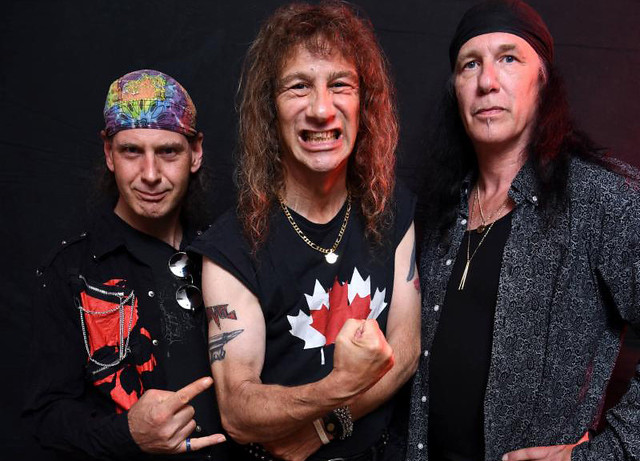 Canadian metal heroes Anvil have embarked on their North American headlining tour, and the band performs at the Rock and Roll Hotel on Thursday, March 21, with special guests award-winning comic Don Jamieson and Archer Nation.

Cited as having influenced such heavy metal giants as Megadeath, Slayer, Anthrax, and Metallica, Anvil have released 16 studio albums since their formation in 1978, including their latest record Pounding the Pavement.

Watch the official music video for “Bitch in the Box” by Anvil on YouTube:

“No metal band, and possibly no band in the history of bands, has had a career as labyrinthine as that of Anvil,” wrote a journalist for The Chicago Tribune. Former roadie and filmmaker Sacha Gervasi’s documentary “Anvil! The Story of Anvil” has become “a cult hit, a sort of real-life version of ‘This Is Spinal Tap’ with more appealing characters and real emotions…”

“I live for this. This is all I ever wanted to do,” said Steve Kudlow, Anvil’s fast-talking singer, known as “Lips.” “We don’t like sitting around. That’s the worst fucking thing you can do. Being on the road is the way you feel most productive… I’m still working on my first million, just like everybody else, but at least I am.”