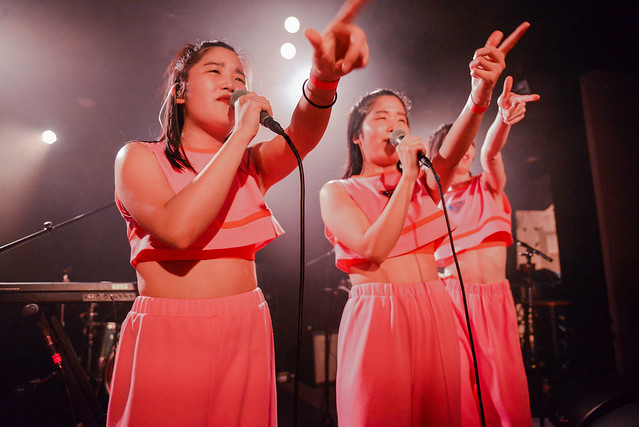 I caught onto Chai in November 2018 and thought that I had to go really far to see them live, but luckily I only needed to catch the metro to Union Stage. Den-Mate and Haiku Hands started the night off amazingly and hope to see them again very soon. After the openers, the crowd started to chant out C-H-A-I, and I was ready for their set to begin.

Mana, Kana, Yuki, and Yuna amped the crowd and started with “Sayonara Complex” from their Pink album dropped in 2017. CHAI also released an album, PUNK, in February. Both albums showcase their style of punk-kawaii rock.

Stream PUNK by Chai on Spotify:

The members looked sweet and innocent, but don’t underestimate their looks. Mana (lead vocals/keyboard) let it all out through her body language and facial expressions. Chai wants to break the beauty standards of cuteness (kawaii which means cute in Japanese) that its members feel are so oppressive in Japan for decades. With the song “N.E.O.,” the band injected the pure essence of punk rock with “neo-kawaii.” The lyrics introduced the idea of the imperfections of a woman’s body being perfect in their own way. Vocals spiraled down with drums and guitar in the background during their mosh breakdown. It was perfect for hair and heads to be flying in the air.

Based on my experience at Union Stage, Americans everywhere would agree that they don’t know Japanese to understand what Chai are saying — the music speaks for itself.

My personal favorite song, Horechatta, was the soft love song about horchata that I’ve waited for my entire life. The melodies and sweet voices of Mana and Kana made it incredibly catchy and instantly makes you feel good. After the show, I tried to find the nearest place with horchata. Chai also performed a capella cover of “Dancing Queen” by ABBA in Japanese.

You can catch Chai on their mini-tour in Los Angeles on March 25. Meanwhile, here are some pictures of Chai performing at Union Stage on March 18, 2019. All photos copyright and courtesy of Brenda Reyes. 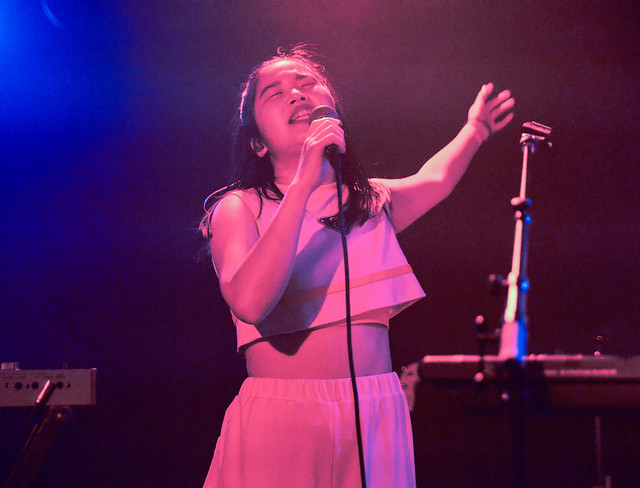 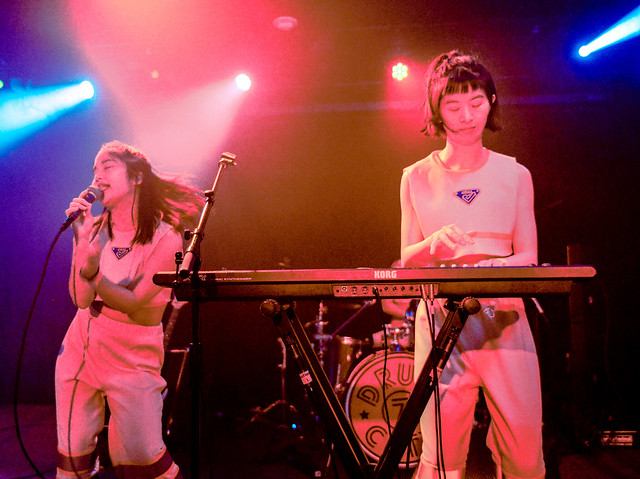 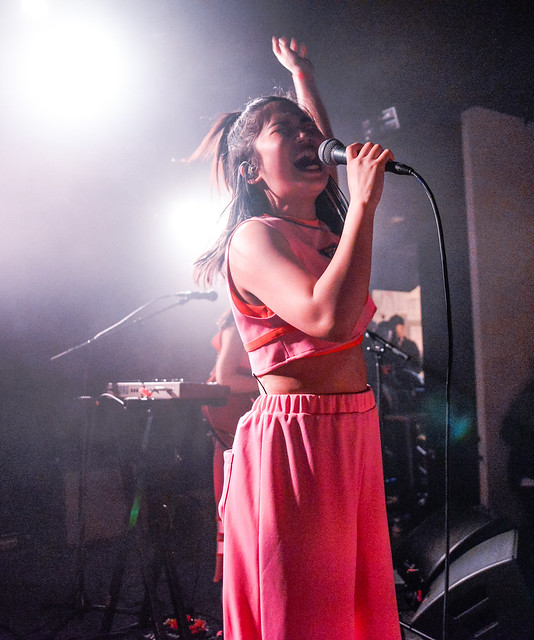 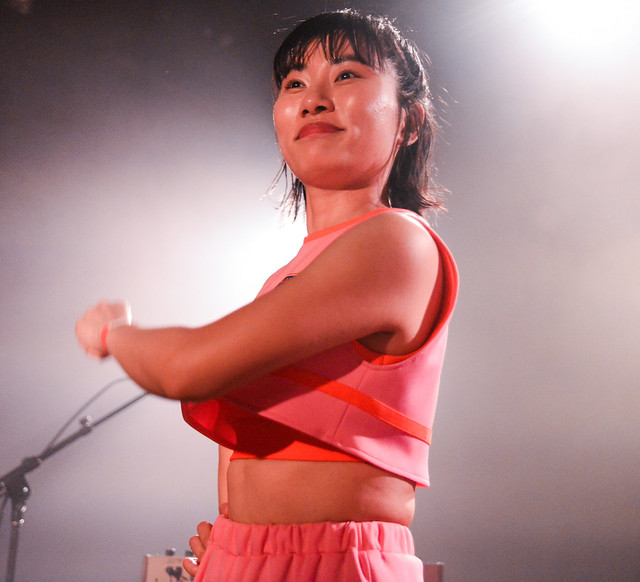 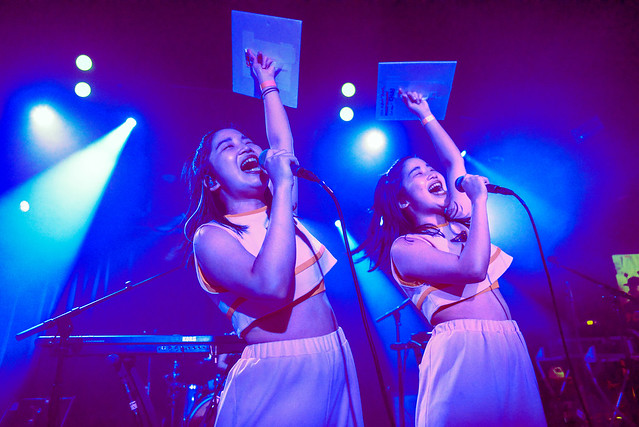 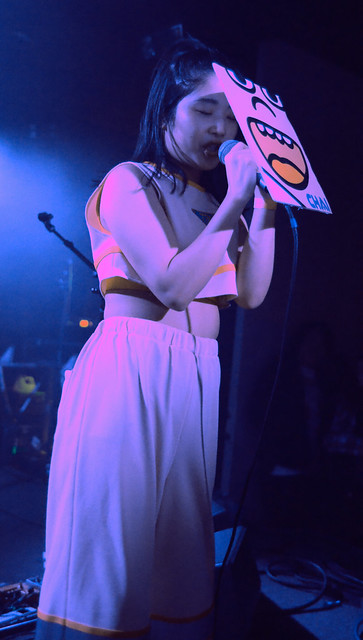 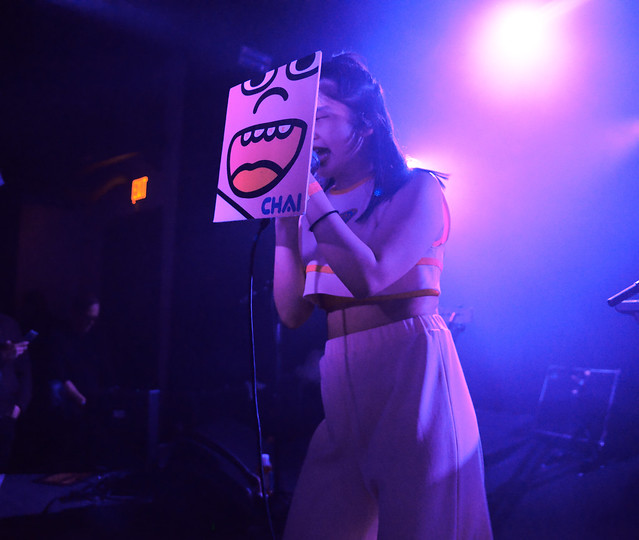 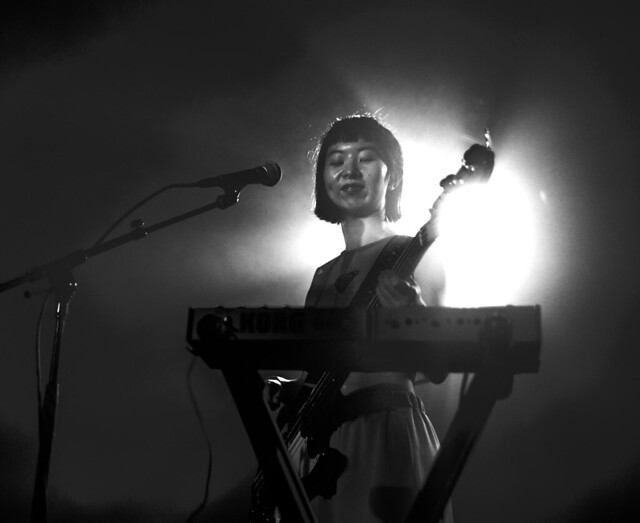 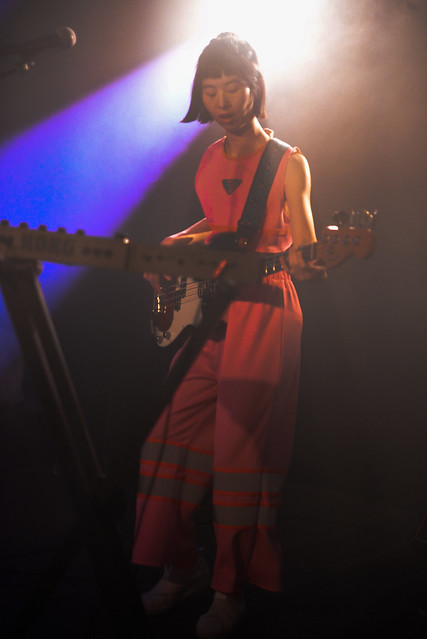 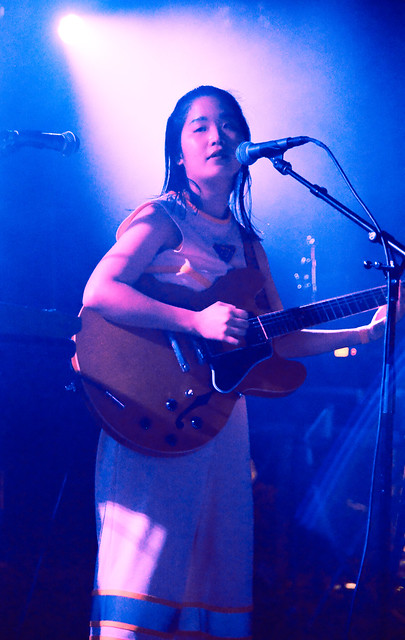