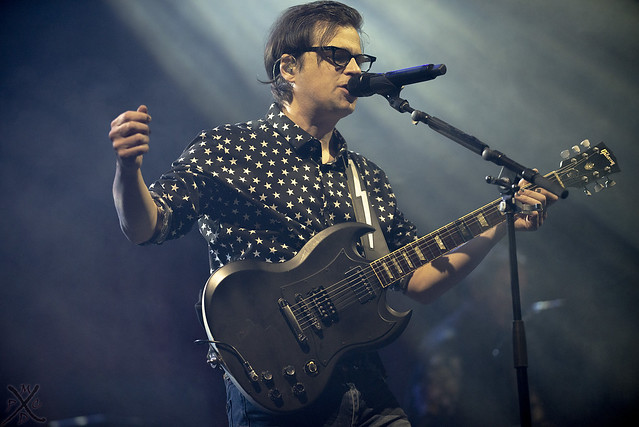 Weezer performs at the Royal Farms Arena on March 17, 2019. (Photos by Rashad Polk)

Weezer’s set at Royal Farms Arena during their co-headlining tour with The Pixies highlighted the importance of having fun while performing. Weezer is currently on tour in support of their Weezer (Teal) and (Black) Albums, both of which were released this year, but they are also contending with the fortunate problem of their ability to write hit songs.

For the past 25 years, Weezer have been cranking out hit after hit, which fans have come to expect to hear in a live setting. While so many musicians grow weary of playing the same songs over and over, the members of Weezer found ways to have fun with the older material that they’ve sprinkled into the set. 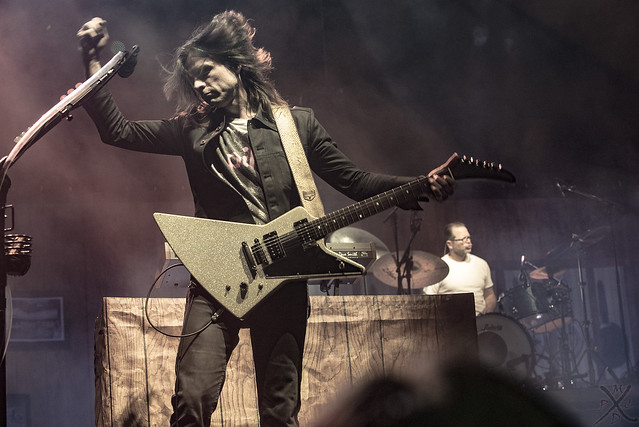 Opening the show with “Buddy Holly” off of their breakout album from 1994, the four bandmates — guitarist Brian Bell, bassist Scott Shriner, drummer Patrick Wilson, and vocalist Rivers Cuomo — performed the song a capella as a barbershop quartet. Later in the set a couple of songs received an acoustic treatment with Rivers playing solo — from a boat. 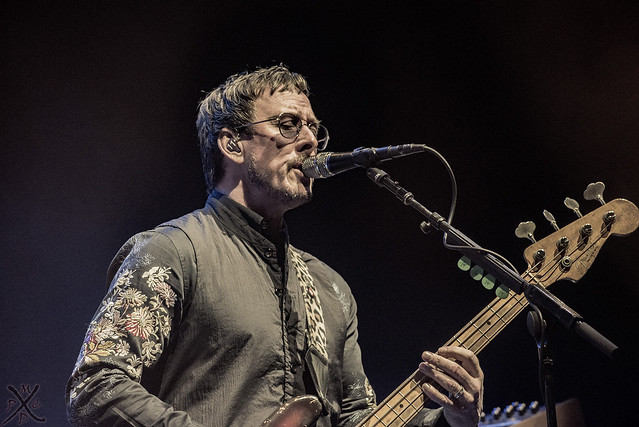 Cuomo’s vessel set sail from the stage as the band remained behind and covered Black Sabbath’s “Paranoid” for the first time this tour. Rivers cruised through the audience while playing guitar until his ark came to rest on the opposite end of the floor of the arena. From aboard ship, the man in the boat switched to acoustic guitar went into “(If You’re Wondering If I Want You To) I Want You To” and “Stand By Me” before cruising back to the stage. 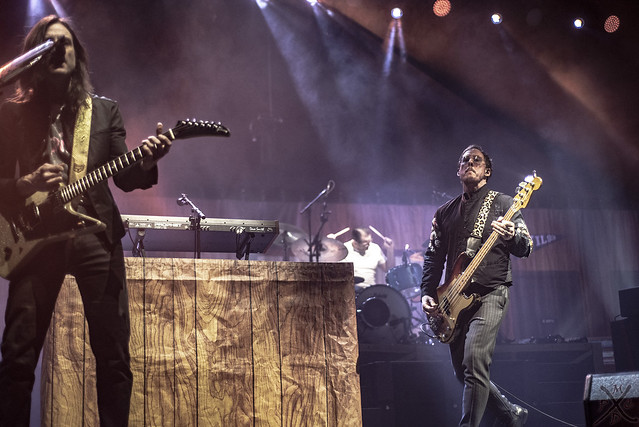 The idea of having a good time at this stage of their career seemed to not only be something that Weezer make the most of when playing older songs, but the recent release of the Teal album — an album of cover songs — has allowed the band to return to a place where most bands begin, playing songs by their favorite artists. Weezer’s fun was not lost on the crowd at all. Parts of the show felt like a massive karaoke party with a few thousand friends, backed by one of the most talented and versatile bands around. Any band that can pull off a cover of TLC’s “No Scrubs” is definitely doing something right. 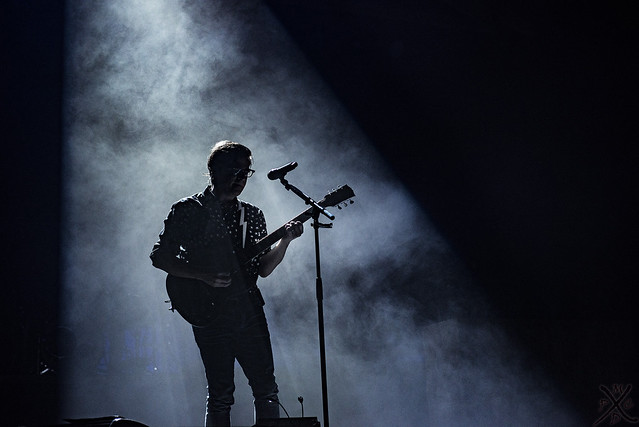 Weezer is on tour in the United States through the rest of March and April. See the band’s website for details!

Here are some pictures of Weezer performing at Royal Farms Arena on March 17, 2019. All photos copyright and courtesy of Rashad Polk. 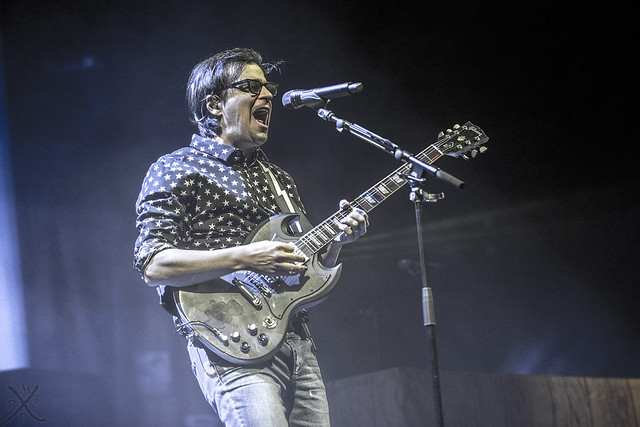 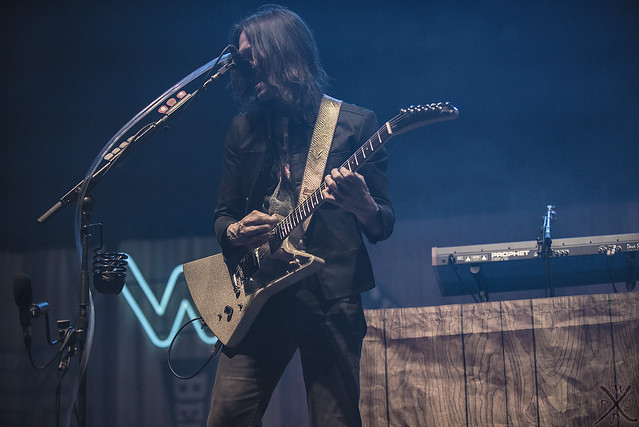 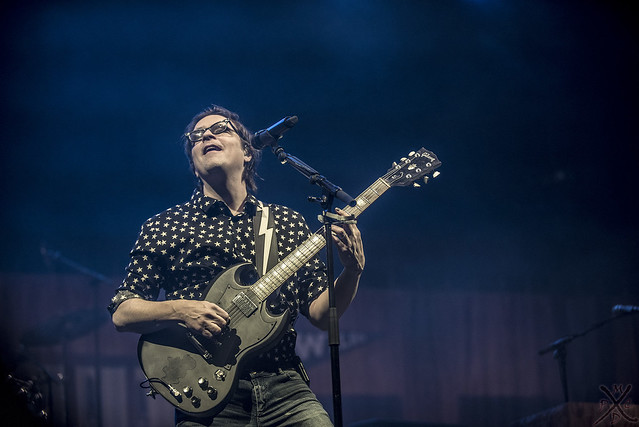 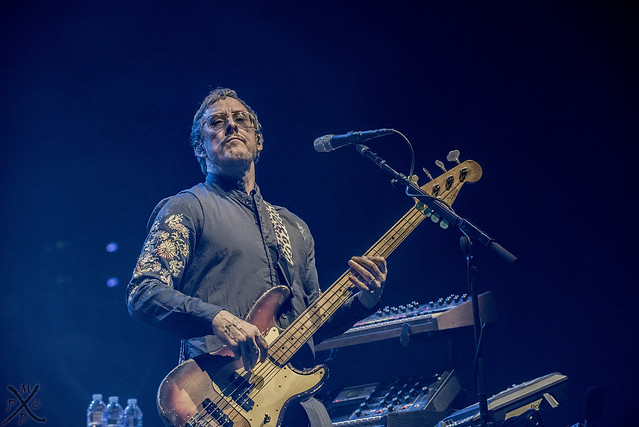 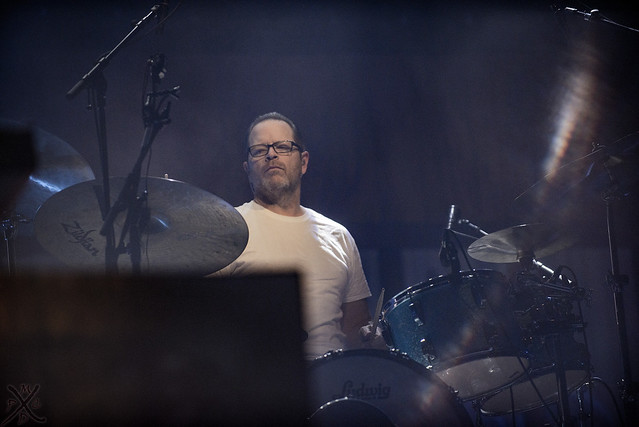 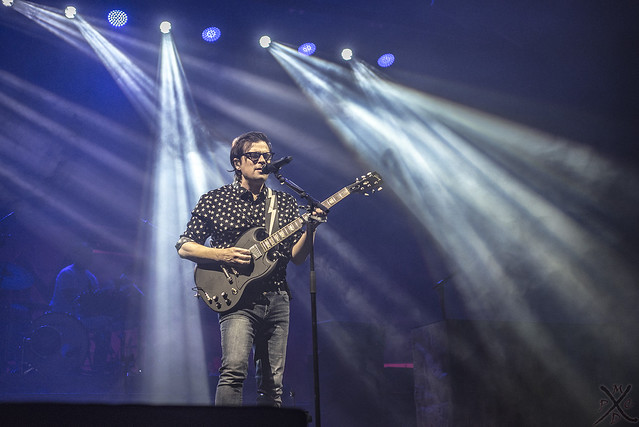