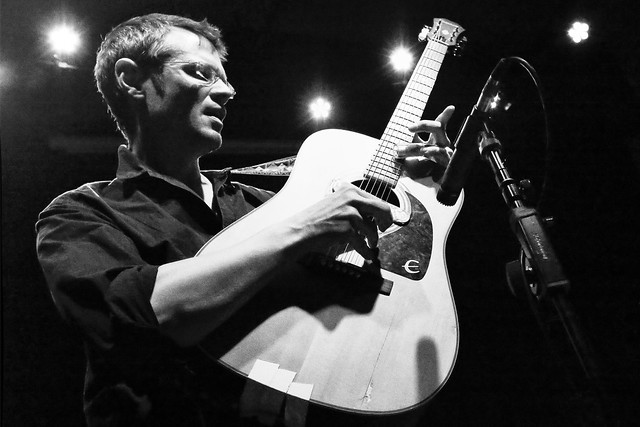 The timing of the Sisters of Strawberry Moon Tour seems a little odd. The supergroup’s album, Solstice, doesn’t come out until two days after they finished their tour recently at City Winery DC. But supergroups have fickle natures.

The members of the touring group have conflicting obligations that limit their availability. They are Luther Dickinson (frontman of the North Mississippi Allstars) on electric guitar; Amy Helm (daughter of Americana legend The Band drummer Levon Helm) on drums, mandolin, and vocals; The Birds of Chicago (vocalist/banjoist/clarinetist Allison Russell and acoustic guitarist/vocalist JT Nero); Drew Linsay on keys; and guest member Graham Lesh (son of Grateful Dead bassist Phil Desh).

As Amy said after her singing her tribute to Little Feat on March 20, “Roll ’Um Easy,” Amy joined the legendary Southern band rock band (I covered their 50th Anniversary Tour covered earlier this month) in Jamaica. Allie chimed in, asking Amy to take a photo of herself singing that song on the beach.

The Sisters opened with a couple of Birds of Chicago songs, “Real Midnight” and “Superlover.” Before “Superlover,” JT said, “It’s really easy to be loving when things are going well.” In difficult times, he added, it gets hard to love, but “you can never have too much love.”

Luther changed guitars, and Amy stepped out from behind the drum kit, picking up a mandolin. Allie traded her banjo for a clarinet. Luther sang lead on “Mojo, Mojo,” from his solo record, Rock ‘n’ Roll Blues.

Stream Solstice by Luther Dickinson and Sisters of the Strawberry Moon on Bandcamp:

Since joining the Sisters on the fifth day of their nine day tour, bassist Graham Lesh has already started writing songs with the group. The band featured one of those, then JT sang took a turn singing lead. Before singing he said, “Musicians thrive on self-pity, and also your pity.” Referring to playing the entire group venues, he continued, “That’s hard when we’ve had a run of City Wineries.”

Luther quipped, “It’s like Waffle House. I’ve had the chicken all week.” Allie said that she’d never been that venerable dining institution, and Luther joked that might provide grounds for revocation of her green card.

Before the next song, Luther said, “Music is a realm where we can commune with our loved ones.” He said that he wrote song this song for his father, Jim Dickinson, a legendary player and producer, who made records with Big Star, Ry Cooder, Lucero, and John Hiatt, to list but a few names he worked with. Luther dedicated the song to all the loved ones who couldn’t be here.

Allie told the audience the audience that she wrote the next song, “You’re Not Alone,” when she was missing her now five-year-old daughter, who reminds her of her grandmother. Allie’s grandmother, she told the audience, passed away 11 years ago from early onset Alzheimer’s. At the end, she couldn’t speak, but Allie would sing old, familiar songs to her, and sometimes she was able to sing along.

While he didn’t provide vocals didn’t during the rest of the concert, Graham switched places with Luther to sing lead on Townes Van Zandt’s “If I Needed You.” Amy stepped out from behind the drum kit, singing harmony, while Allie played her clarinet on the tune.

Allie described “Kathy” as a “prayer in the form of song” for her mother. Allie’s mother has lived with schizophrenia since the age of 19, and lived in an abusive marriage for more than 30 years. Allie prays that she finds the strength to love herself and leave him.

Luther took lead on another blues tune from his bag of tricks, this one about the crossroads that populate that genre. Allie introduced the next song, “Til It’s Gone,” as the song that brought her and JT together. JT wrote last the song of the their set on a particularly hopeless morning; “”That’s what you do when you feel hopeless, you write a hopeful song.”

Returning for an encore, the band went with the Birds of Chicago tune “American Flowers.” JT elicited a sing-along out of the audience. At the end of the song, the band killed their amps and moved closer to the audience, playing completely acoustically, with great intimacy.