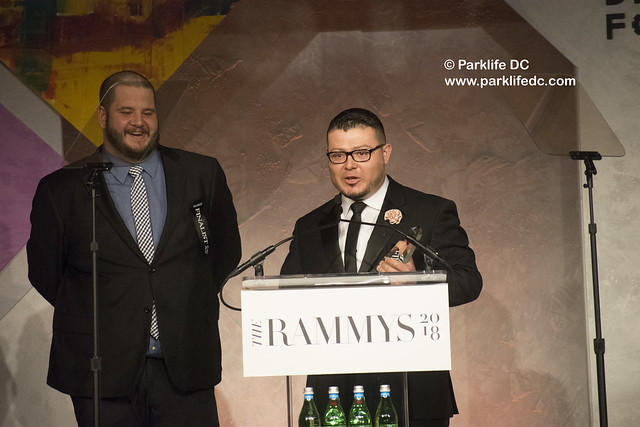 Ambar accepts the Rammy Award for Casual Brunch of the Year on June 10, 2018. (Photo by Mickey McCarter)

The Restaurant Association of Metropolitan Washington will announce The Rammy Awards on June 30! Meanwhile, the voting public will decide the winners in four categories. Cast your votes online for those categories through Tuesday, April 30 at 5pm.

1. Vote for Upscale Brunch of the Year:
Estadio
Seasons
The Restaurant at Patowmack Farm
The Source by Wolfgang Puck
Unconventional Diner

Vote for your favorite restaurants at NBC Washington.

Want to go to The Rammys? Buy your tickets online.