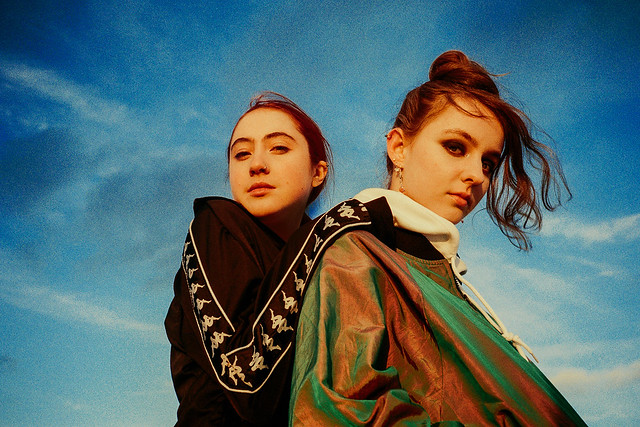 Editor’s note: This show has been cancelled.

Rosa Walton and Jenny Hollingworth were just 17 when Let’s Eat Grandma released their debut I, Gemini. Since then, Rosa and Jenny have continued to experiment with their psychedelic-influenced sludge pop. “I don’t understand how anyone other than someone our age, who’s had our experiences, could write this record. I don’t think they could. Because it’s so personal. Not just in the lyrics, but in the sound of it,” Jenny said.

I’m All Ears’ diversity is in fact part of what makes it such a fascinating record. “We wanted to have the full range of everything we’re interested in, that represents who we are as people, and musically, on the record,” Rosa said. “And so it feels like the record is quite broad, in both style and meaning of the tracks, because it’s supposed to represent the whole experience of what it’s like to be us over that period of time.”

Watch the official music video for “It’s Not Just Me” by Let’s Eat Grandma on YouTube:

Q Magazine named I’m All Ears its Album of the Year in 2018, and Esquire, The Guardian, Dazed, Pitchfork, The Independent, and Noisey each placed the record on its best of 2018 lists.

“Thoroughly deserving of every accolade and critical acclaim, I’m All Ears is a twisted and pop-tastic glimpse into the mindset of those unbound by any archaic idea of genre or expectation,” said The Line of Best Fit, naming the record to its Best Albums of 2018.