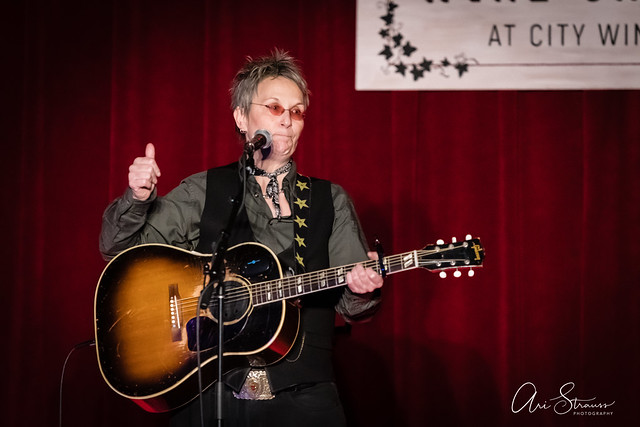 Grammy nominee Mary Gauthier joined her opening act and backup singer/guitarist, Austinite Jaimee Harris, to help her perform the title track of her debut album, Red Rescue. Instead of breaking for intermission, they moved right into Mary’s set at City Winery recently.

On March 24, Mary opened her set with “I Drink,” a song that’s been covered by Tim McGraw, Blake Shelton, Bill Chambers, and Bobby Bare Sr. Mary mentioned that Bobby managed to make the song even sadder; in his music video, two people die.

Given up for adoption at birth, the New Orleans native, adopted at a year old, struggled with drugs and alcohol. She only came to songwriting in her late 30s, after running a Cajun restaurant in Boston’s Back Bay for 11 years. Mary told the audience that she wrote “I Drink” after five years of sobriety.

After playing “World Unkind,” Mary said, “I am a New York Times obituaries reader. They’re incredibly well written. There’s always someone I wish I’d known.” She talked about Steam Train Morrie Graham, who was elected king of the hobos more than anyone else — seven times. Mary explained that the hobos gather every summer in Britt, Iowa, to elect their king. The have a simple process: anyone who believes they should be king can nominate themselves and make a 10-minute speech. Whoever’s speech draws the most applause wins the title of hobo king for the year. This process, Mary said, has some definite advantages over the greater American electoral system.

Morrie Graham, Mary said, “looked like Santa the day of Christmas.” She spoke of Morrie’s volunteerism and good deeds, dispelling many prejudices and hobos, and played “Last of the Hobo Kings.”

Before moving into her most recent material, Mary played “Please.” Mary’s most recent album, Rifles and Rosary, received a nomination for a Grammy Award for Best Folk Album. Mary has attended several retreats with Americana singer-songwriter Darden Smith’s Songwriting with Soldiers organization, where she and other songwriters pair with veterans and their families to compose songs that help them process their trauma and heal spiritually. Mary wrote the first song she shared from the collection, “The War After the War,” with six wives and fellow songwriter Beth Nielsen Chapman (who wrote Faith Hill’s “This Kiss,” among many others).

Stream Rifles and Rosary by Mary Gauthier on Spotify:

Mary wrote the title track of her album with a veteran named Joe Costello who deployed to Fallujah at the age 19. Joe had trouble, at first, talking to Mary, so she asked him to just described what he saw when he arrived in Fallujah. Joe described seeing soldiers gripping their rifles so hard that their knuckles turned white, while others grasped rosary beads to pray. Joe, Mary happily shared, had gone on to finish his degree, as well as his Master’s, and he is pursuing a doctorate in art therapy.

“Bullet Holes in the Sky” begins by recounting how Waffle House serves veterans free breakfast on Veterans Day, before veering in a very different direction. Mary wrote “Soldiering On” with Jennifer Marino, who she described as a “badass,” the pilot of the first all-female crew to fly a president. The song describes how the exact things that soldiers are trained to do at war become liabilities when they come home.

Mary met James and Sarah Dooley at a couples retreat for explosive ordnance disposal (EOD) specialists and their spouses. An explosion had injured James’s back. James found it difficult to express his feelings to Sarah, but opened up one-on-one with Mary and they wrote “It’s Her Love.” Mary noted that many soldiers find it easier to express their feelings to her than they do to express them to their loved ones.

Mary wrote the last song she played from Rifles and Rosary Beads, “Stronger Together,” with six wives of EOD specialists. She closed her set with a song from 2002, “Mercy Now,” saying that she would never have imagined she’d still be playing it and that it would take on the meaning it has.

Returning quickly for an encore, Mary played a John Prine song, “The Speed of the Sound of Loneliness.” At the Grammys, Mary and Jaime played the song at a tribute to Prine. Mary toured with the folk legend. To send the audience home, Mary busted out Woody Guthrie’s classic “This Land Is Your Land,” complete with some twists of her own.

Mary comes from the troubadour tradition. She’s not just a singer-songwriter; she’s a storyteller. City Winery’s Wine Garden provided the perfect intimate environment to experience her show. In a room that size (capacity of around 200), one hopes that the artist will provide a richness and a depth of detail, expounding on her songs and weaving a tapestry around them. In her delicious Louisiana accent, in a voice full of character and individuality, Mary takes you to different worlds, bringing characters to vibrant life. She shows the audience how she, as a unique and gifted artist, sees the world, and the view is amazing.

Here are some pictures of Mary Gauthier performing at City Winery on March 24, 2019. All photos copyright and courtesy of Ari Strauss. 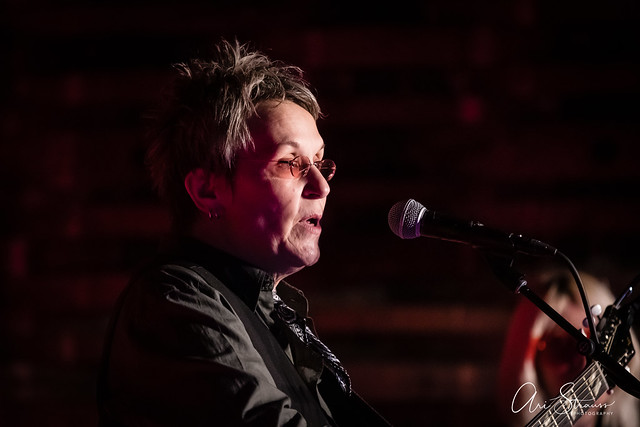 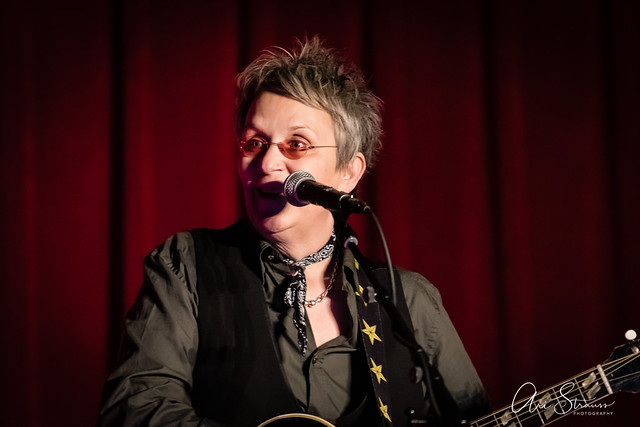 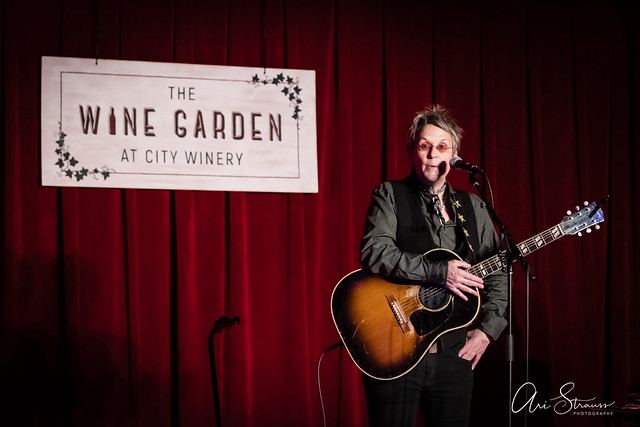 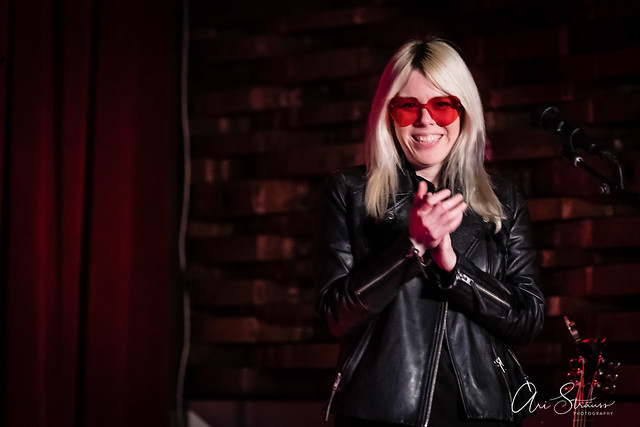 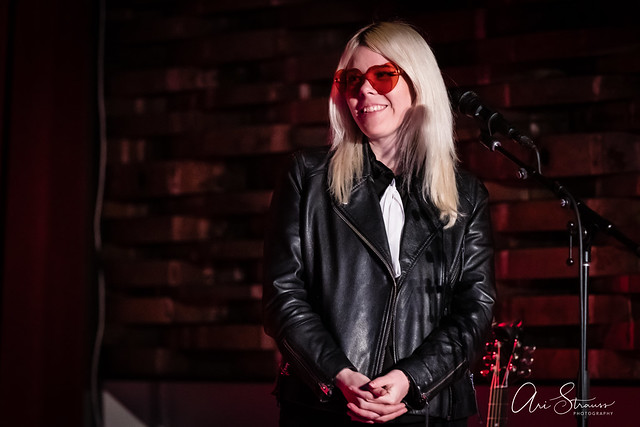 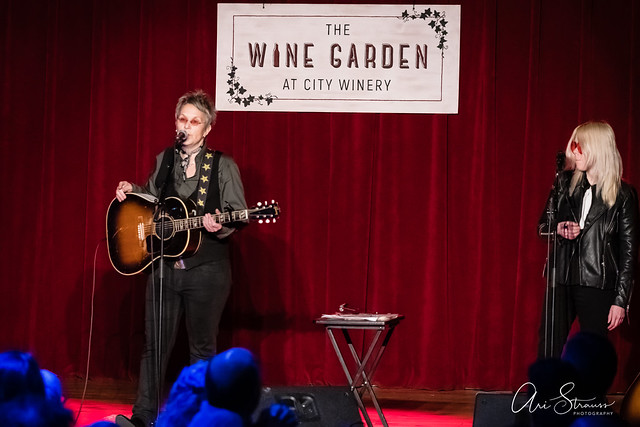 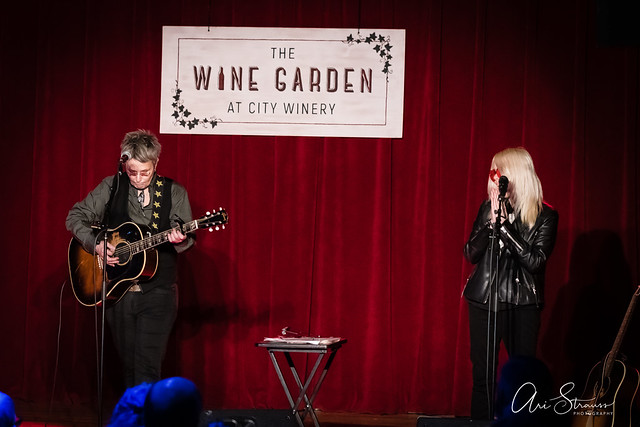 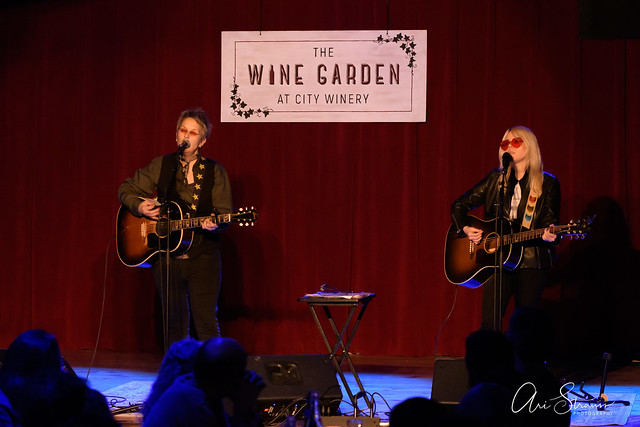 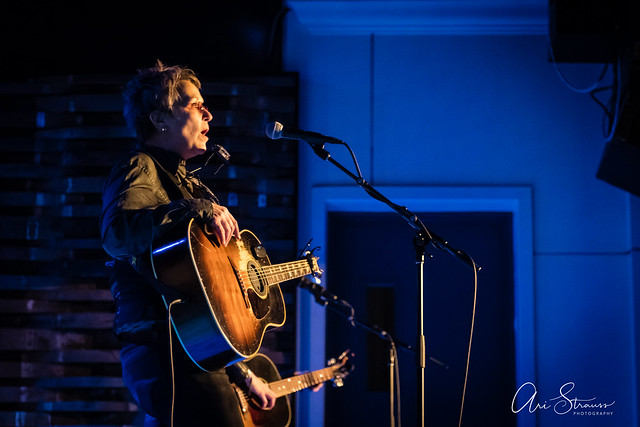 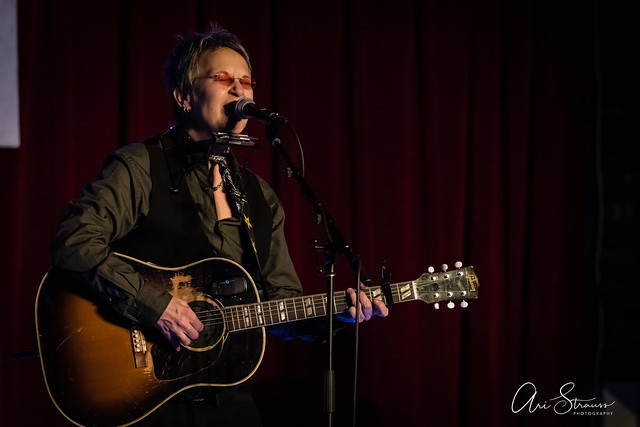 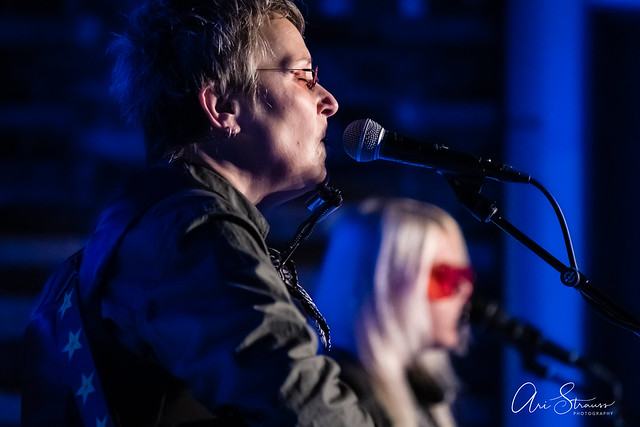