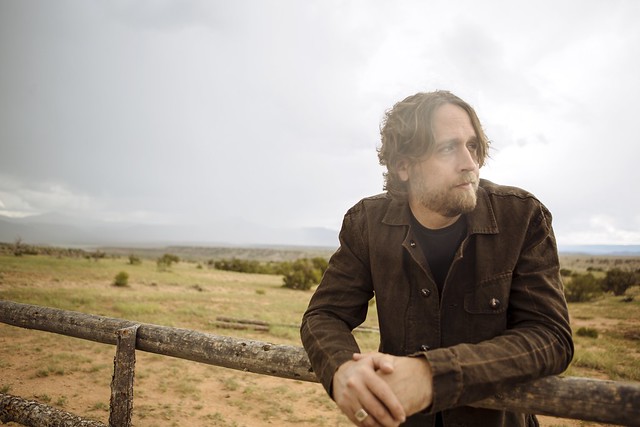 Singer-songwriter Hayes Carll released What It Is, his latest album, in February via Dualtone Music. Hayes brings his thoughtful, literal songwriting to City Winery for a show on Saturday, April 6.

For more than a decade, Hayes has been highly regarded by fans, critics, and fellow artists as a songwriter’s songwriter with his own voice. He has won multiple Americana Music Awards, received a Grammy nomination, repeatedly topped the Americana radio charts, and performed on national television including The Tonight Show and Austin City Limits. His songs have been recorded by artists that include Lee Ann Womack, Kenny Chesney, Kelly Willis, and Hard Working Americans.

On What It Is, Hayes Carll offers acerbic observations and pointed commentary on current relatable topics over 12 songs.

Watch Hayes Carll and Allison Moorer perform “None’ya” from What It Is on their front porch:

In a review for Rolling Stone, Will Hermes says Hayes finds his voice on the new album by telling tales.

“For What It Is, the Texas songsmith marshals all his storyteller modes. And maybe to tap into the aforementioned world of stories, he’s brought in other writing voices, more than usual. Foremost is singer-songwriter Allison Moorer, his fiancée, who co-produced What It Is and co-wrote half its 12 songs. Unsurprisingly for two lovebird divorcees (Moorer was previously married to Steve Earle), plenty of the songs look take a clear-eyed look at relationships. They include ‘None’ya’ — as in ‘none’ya business’ — involving a sniping couple clearly in love, and clearly unafraid to call each other out on their mishegas,” Will wrote.