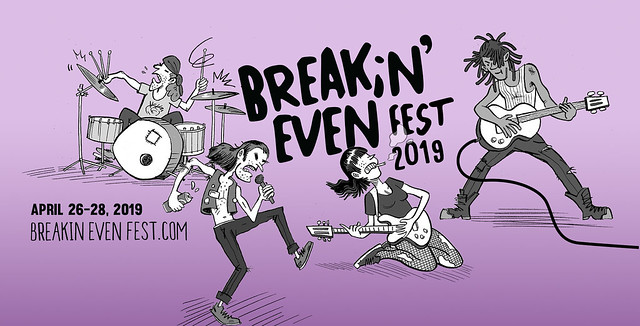 Members of the DC punk band American Television started Breakin’ Even Fest in 2016. The fourth edition of the annual rock festival is now right around the corner at The Pie Shop in DC on Friday, April 26 to Sunday, April. 28, with headliners Worriers, Kali Masi, and Worlds Scariest Police Chases.

Watch the trailer for Breakin’ Even Fest 2019 on YouTube:

Steve and Bryan of Breakin’ Even Fest tell Parklife DC that there are only *20* three-night passes remaining. So act fast to get your single ticket to a great weekend of punk rock.