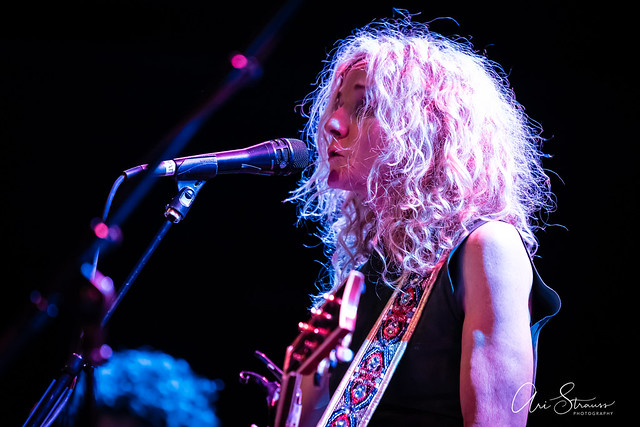 Patty Griffin’s recent show at the 9:30 Club reminded me why she is one of my favorite artists.

I saw Patty a couple years ago at The Birchmere, and the two shows were completely different experiences. Both shows took advantage of the venues and the performance setups. Appearing solo at The Birchmere, Patty leaned more into the folk and singer-songwriter aspects of her repertoire. She made the show intimate. At the 9:30 Club, Patty went for a bigger sound that leaned toward the Americana end of what she does, and she belted out powerful gospel numbers. She jammed with her accompanists, and she made sparing but highly effective use of the venue’s lighting system.

I grew up with Patty Griffin’s music. Her critically acclaimed major-label debut, Living with Ghosts, came out at the end of my freshman year of high school, and she became a staple of weekend folk music nights on my local NPR station, WKSU. Her sophomore album, the equally good Flaming Red, came out the summer before I started college. In fact, Patty has maintained consistently high quality across her releases, with AllMusic awarding all of her studio albums no less than four stars. She has arguably done her best work this decade, with American Kid and her recently released self-titled album, which earned four-and-a-half stars. NPR featured this year’s album in a first listen, and it has to be considered an Grammy contender for either Best Folk or Americana Album.

Patty’s show focused on the current record. A blown-up version of the album cover, “me with my dogs,” stood behind the stage. She opened with three songs from Patty Griffin: “What I Remember,” “The Wheel,” and “Boys from Tralee.” After “What I Remember,” she introduced her band. She spoke about the Irish potato famine and its repercussions for immigration before “Boys from Tralee.” She herself is half Irish, she said, and she wouldn’t be here if the United States hadn’t been open to her ancestors.

Patty changed gears with “Stand,” an original gospel song from her fourth studio album, 2004’s Impossible Dream. Putting down her acoustic guitar, Patty belted out powerful vocals, shaking above the audience came on, shining a deep blue, and the stage blazed with incandescence. The concert’s spare use of effects made the use of lighting here to heighten the spiritual mood all the more effective. As Patty repeated the chorus at the end of the song, the packed house erupted in applause. We had just been taken to church, and we knew it.

After “Stand,” Patty returned to new material. “Hourglass,” she said, is inspired by Screaming Jay Hopkins. Her accompanists left the stage, and Patty played the next two songs solo. In England, she had a dream about Billie Holliday, which led to writing a song about Billie and Edith Piaf growing up without their mothers, “Had a Good Read Reason.” After Patty played “Long Ride Home” from 2002’s 1000 Kisses, her accompanists returned to the stage.

The next four songs — “Luminous Places,” “Bluebeard,” “What Now,” and “Where I Come From” — came from the new record. “Bluebeard,” a murder ballad, Patty explained, is about when you don’t really know what’s going on, but then you find out, and you have to do something. In “Where I Come From,” she sings about her hometown of Oldtown, Maine (she now lives in Austin). Patty said that when she was growing up, there were five factories there, but now there is only one. She said she there are a lot of people looking for good jobs, not “selling fries for minimum wage.”

Patty sang a traditional gospel tune, “Move Up,” recorded on her Grammy-winning album Downtown Church, followed by “River,” a theme of female independence from the new album. She finished her set with “When It Don’t Come Easy,” from Impossible Dream, and “Shine A Different Way,” from 2015’s Servant of Love. Amidst thunderous applause, she came back for an encore to sing “Heavenly Day” from 2007’s Children Running Through.

As I exited the 9:30 Club and stepped out onto V Street, I heard people saying how great the concert was. And they were right. As proof, here are some pictures of Patty Griffin performing at 9:30 Club on April 3, 2019. All photos copyright and courtesy of Ari Strauss. 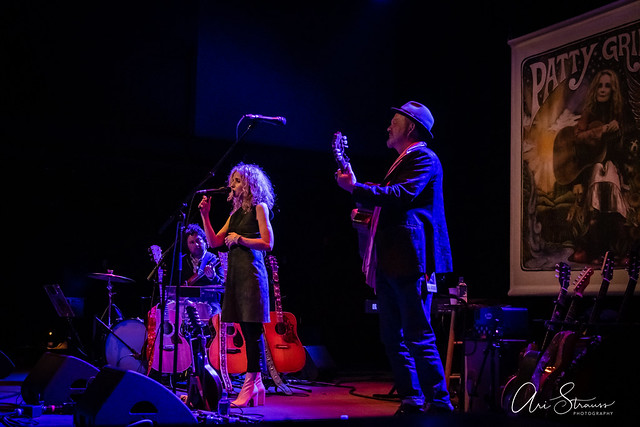 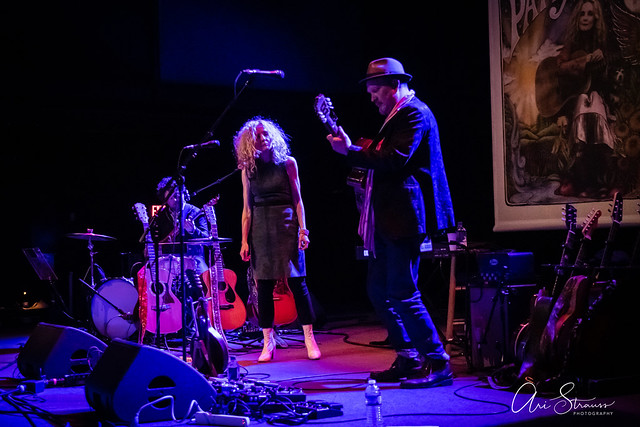 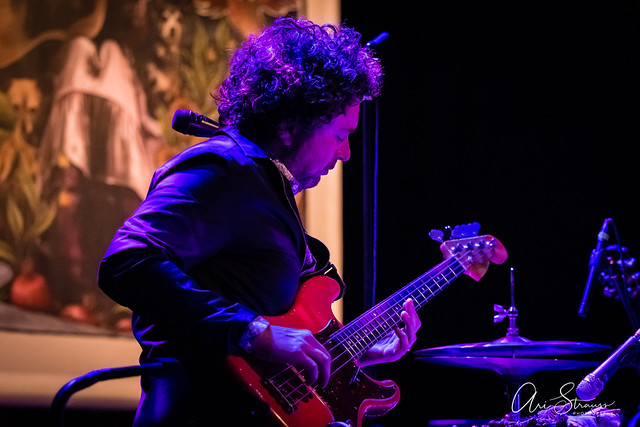 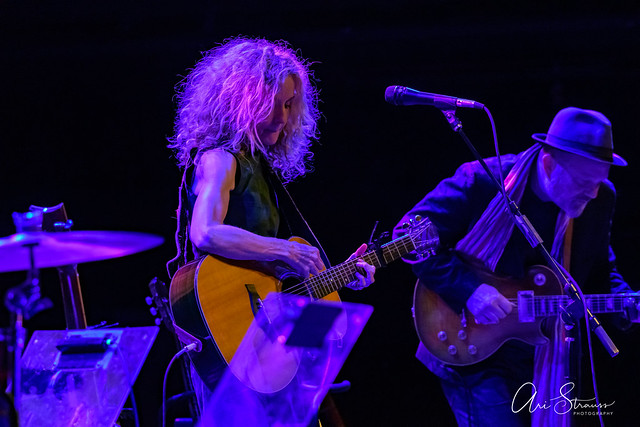 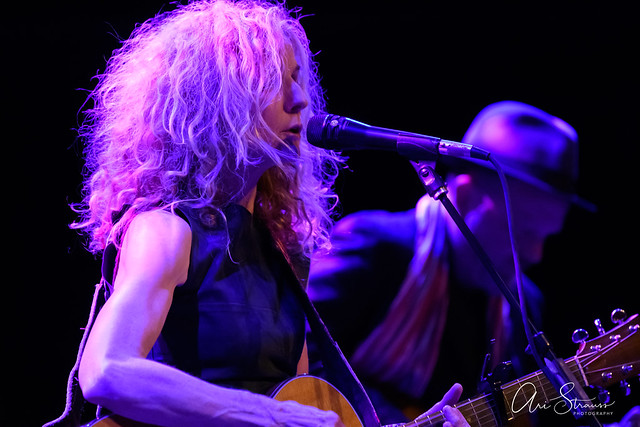 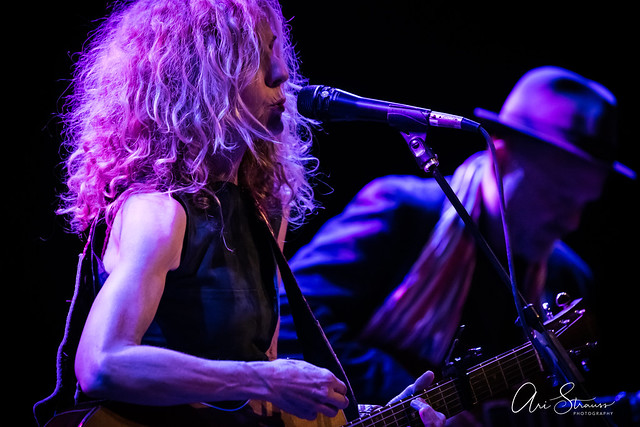 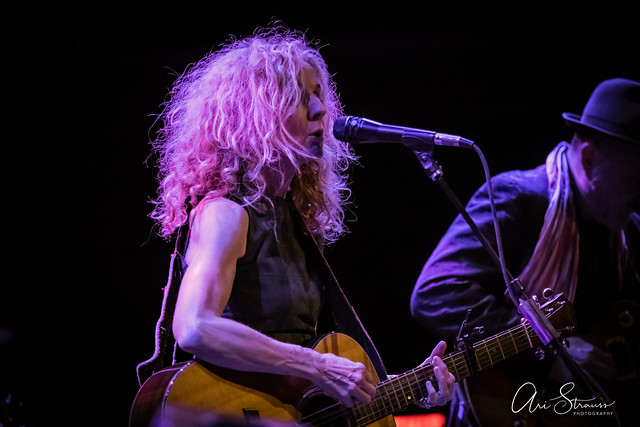 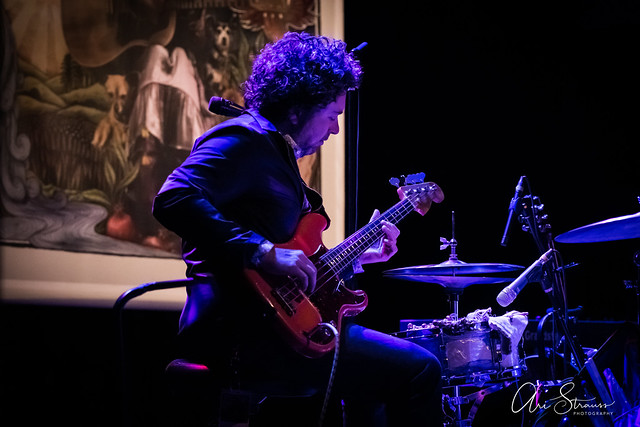 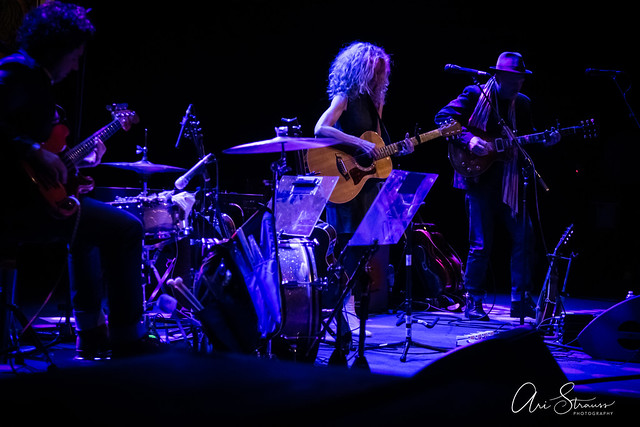 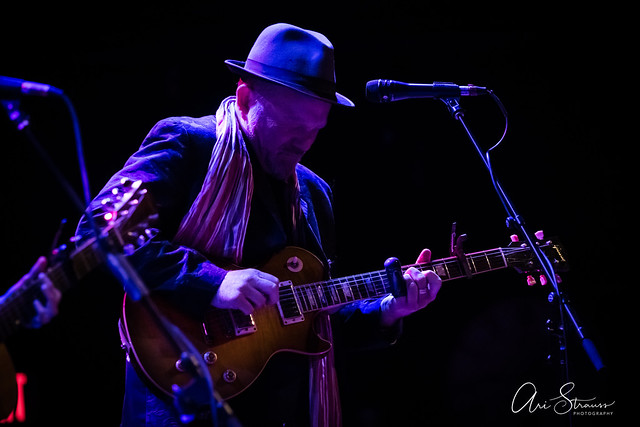 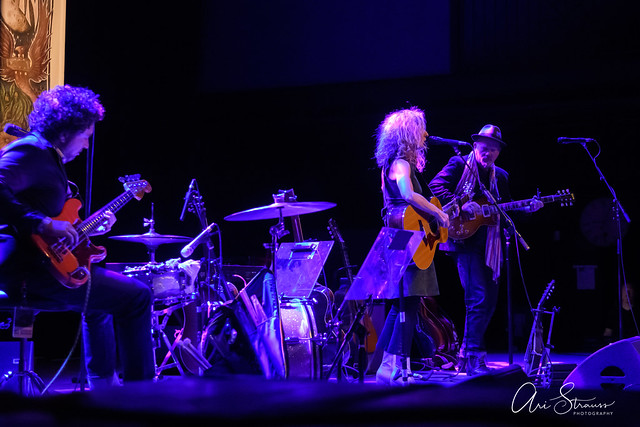 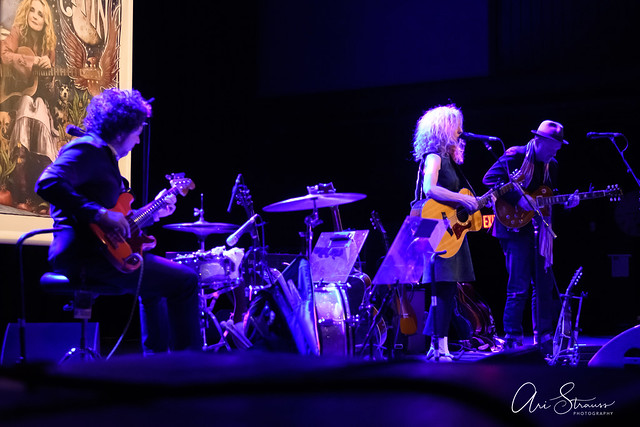 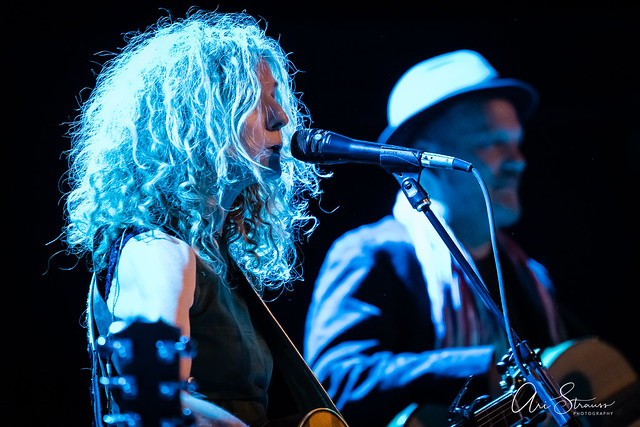 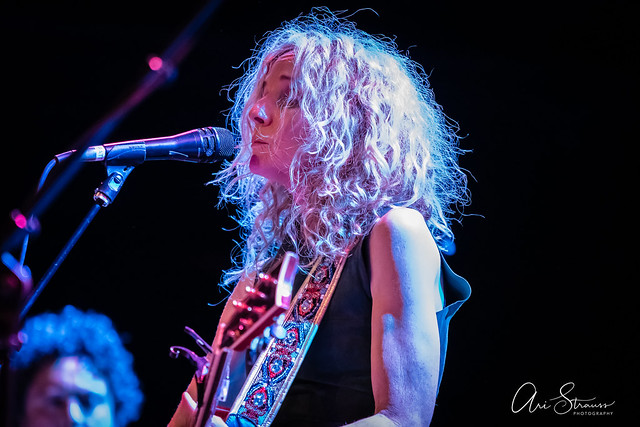 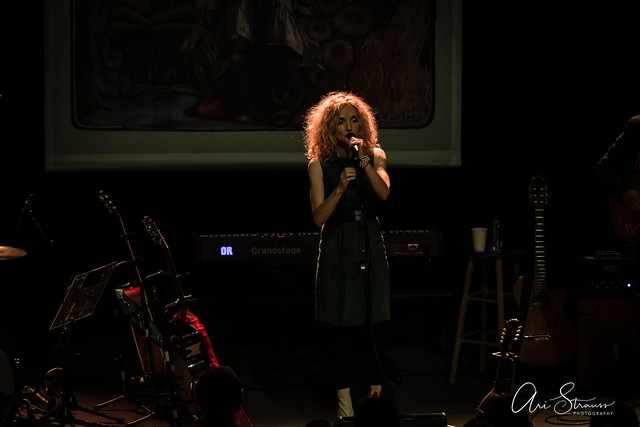 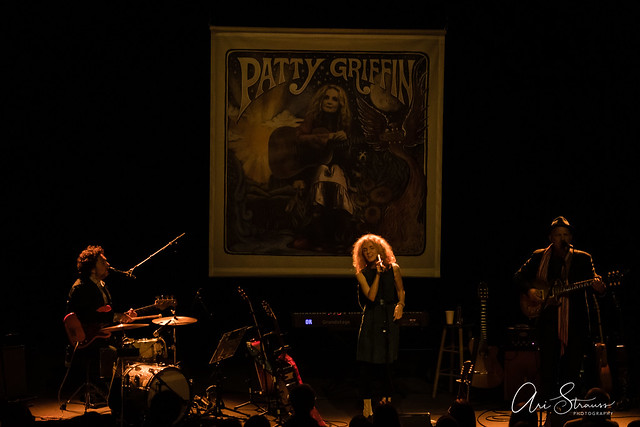 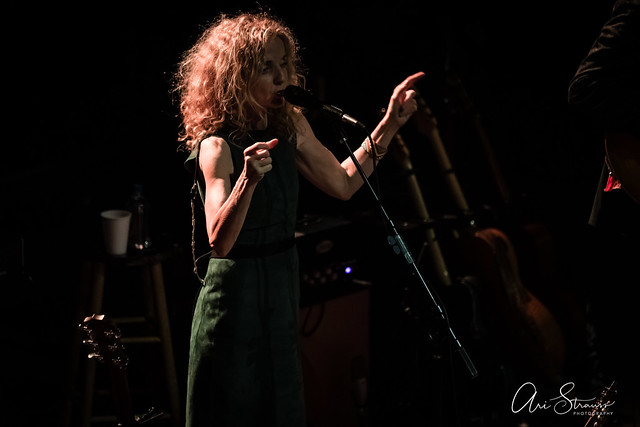 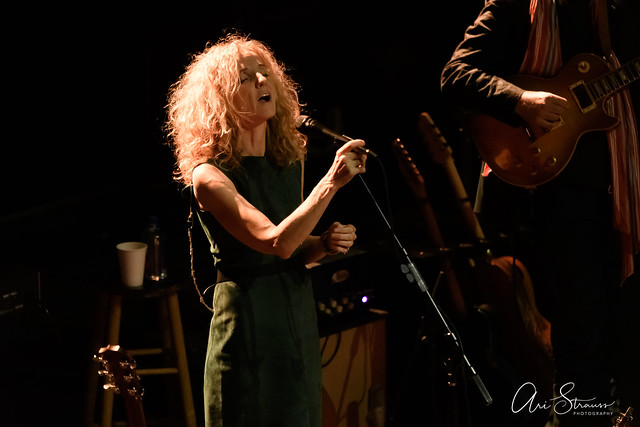 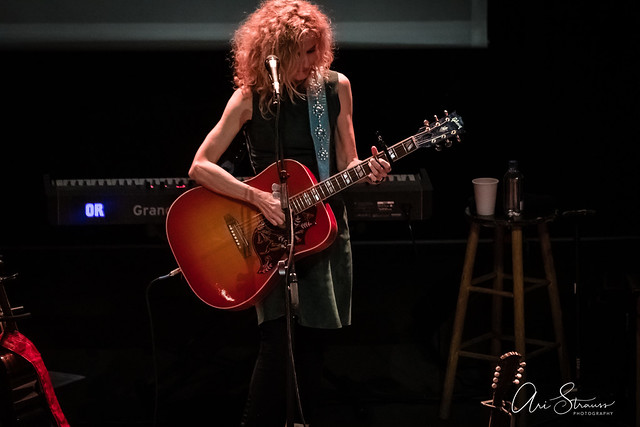