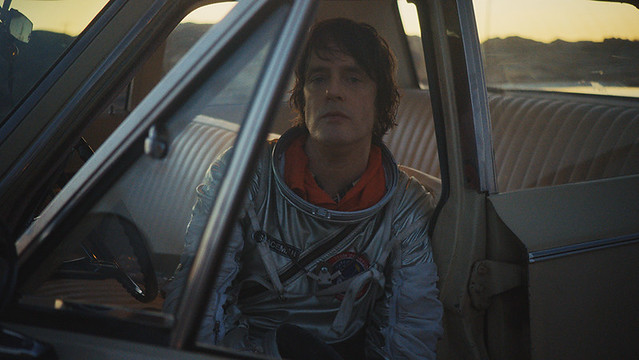 English space rockers Spiritualized, described by Vogue as “revelatory” and by Uproxx as “staggering grandeur,” will perform at the Lincoln Theatre on Tuesday, April 16, in support of their latest album, And Nothing Hurt.

Spiritualized’s eighth studio album, released last September by Fat Possum, has received extensive praise. “Arguably the purest and most sentimental music J. Spaceman, aka Jason Pierce, has crafted…. the band distilled into its most affecting essence,” says AV Club, as The Atlantic lauds, “Gorgeous… what binds his gushing tunefulness and subtly cutting lyrics is the relationship between the universal quest for transcendence and the near-universal suspicion it’ll never be found… something more wrenchingly true to life, an alloy of hope with a sense of life’s limits.”

Watch the official music video for “I’m Your Man” from Spiritualized’s latest album, And Nothing Hurt, on YouTube:

Said Jason, “Making this record on my own sent me more mad than anything I’ve done before. We’d been playing these big shows and I really wanted to capture that sound we were making… So I bought a laptop and made it all in a little room in my house… It was such hard work. I found myself going crazy for so long… It’s almost as if, if I’m not pushing myself to point of madness, it’s not going to be right. I think the biggest goal is to make something that’s worthy of all that time and effort. And the more time and effort, the bigger the goal. I knew I had to make something that was good enough that it should be made. And a massive positive about making the record is that we get to play it live. That’s always the most joyous thing; this amazing thing that seems to come right through the roof.”

Selected as an Album of the Week by Stereogum, “And Nothing Hurt, like every Spiritualized album, pulls little bits and pieces of blues and Southern soul and garage rock and gospel, and it does all of it with an epic and starry-eyed sensibility, all those sounds sometimes transforming into a blissed-out whirlwind. And Pierce wraps all those sounds around his own tired, craggy voice — the voice of an aging Englishman who’s been everywhere and done everything and is now just about ready to go to bed.”