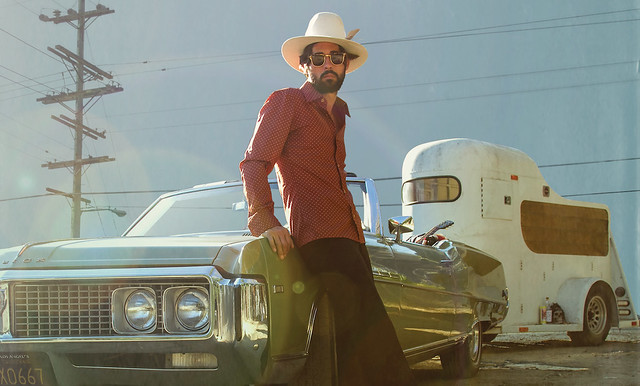 The new album finds Ryan honing his creativity on two distinct levels, the personal and the cultural. From the opening track – the spirited “Jingle and Go,” which recounts his early years as an itinerant open-mic performer working, like the great Texas bluesmen before him, for tips — to the closer, “Blues Lady,” a tribute to Bingham’s own late mother, and all the other strong women this country has produced, the album combines autobiographical reflection with a bittersweet celebration of our collective spirit in the face of enduring difficulties.

Watch the official music video for “Wolves” by Ryan Bingham on YouTube:

Rolling Stone Country called American Love Song Ryan’s “most personal and political album to date” and “a rolling-blues country workout awash in slide guitar, soaring gospel-roadhouse stomps and meditative folk fingerpicking that takes on his past with a cautious hope for the future.” American Songwriter rated it 4 out of 5 stars, stating the album’s overarching theme “encompasses triumph and tragedy from one moment to the next.”