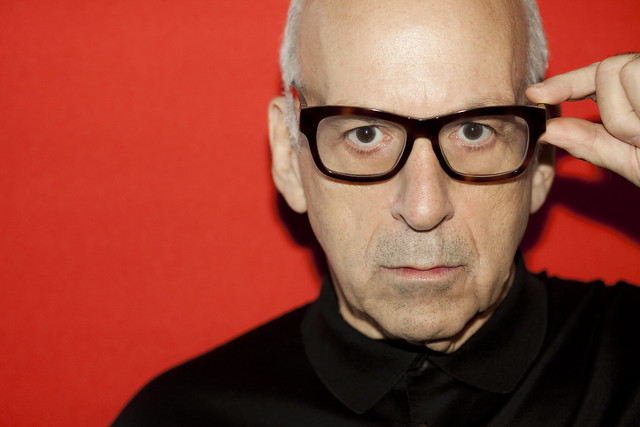 Moogfest recently released the full schedule of events for this year’s festival. Here is our list of the Top 10 things to see and hear at Moogfest 2019!

1. Martin Gore in conversation: Martin Gore, the co-founder of synthpop legends Depeche Mode, will partake in a special, intimate conversation, wherein he’ll discuss everything from the history of the legendary band to his creative process and more. He will be interviewed by Mute Records Founder Daniel Miller at the Carolina Theatre on Friday, April 26!

2. Daniel Miller in conversation and DJ sets: Daniel Miller founded Mute, launched in 1978 with his own 7” single – ‘Warm Leatherette’ under the name The Normal. Since then, Mute has grown from Miller’s one-man operation into a global group of companies and today, as ever, Daniel remains heavily focussed on Mute’s creative output. Although he DJed many years ago, Daniel Miller’s recent DJing was inspired by an invitation from Karl O’Connor aka Regis who invited him to perform at a Sandwell District event at Berlin’s Berghain. So Daniel Miller will participate in a personal interview and perform two DJ sets in Durham!

3. Thomas Dolby performances and in conversation: Pop visionary and technologist Thomas Dolby with a penchant will make three appearances at Moogfest including live performances and exclusive to Moogfest a two-way interview with Buzzfeed News Sr. Investigative Reporter and 2018 Pulitzer Prize finalist Jason Leopold.

5. Kimbra in conversation and a live performance: Indie pop diva Kimbra will talk about gradually humanizing the technology she uses in her set in a chat on Friday, April 26, and she will perform a live show on Thursday, April 25.

6. Questlove in two DJ sets: Ahmir Khalib Thompson, better known as Questlove, is the drummer and co-founder of hip-hop/neo-soul group the Roots. Questlove is hopping onboard Moogfest for an early set and a late set on Saturday, April 27.

7. Sleep concert and durationals in spatial sound: Performing two shows, including this year’s sleep concert, will be avant garde composer William Basinski, renowned for The Disintegration Loops and making music out of black holes colliding. A Place to Bury Strangers, Richard Devine, Greg Fox and Madame Gandhi will all present durational performances. The durationals, presented by Meyer Sound, give artists a chance to push their creative boundaries and create a unique, immersive experience.

8. Wolfgang Voigt performance and in conversation: The mastermind behind minimal techno project GAS and the founder of Kompakt records, will perform live and exclusive to Moogfest will be in conversation with The Field. “There are at least 80 different aliases under which the Cologne-based producer has released music since the Nineties, but it’s as Gas that Voigt elevated to the ranks of the timeless, with a fandom that verges on reverence,” Rolling Stone says.

9. Tim Hecker performance and in conversation: The ambient experimentalist will perform with The Konoyo Ensemble and participate in a conversation about his most recent record which incorporates Japanese gagaku music. “Hecker creates a fascinating dialogue between his technology and some of the world’s most ancient instruments,” Pitchfork says.

10. Max Cooper in A/V performance: The sublime multimedia techno composer will hold a lecture on integrating visual art and live performance into the new A/V project he’s performing at Moogfest.