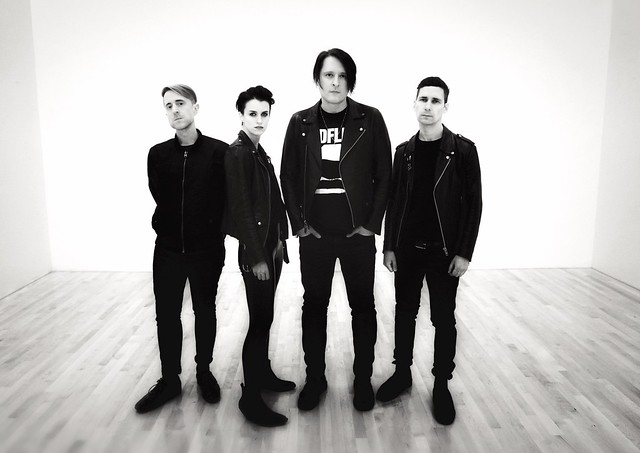 From Vancouver, Canada, Actors bring their electrifying, modern take on post-punk and darkwave to Metro Gallery on Tuesday, April 30, in support of their debut full-length LP, It Will Come to You.

Led by Jason Corbett, a veteran in the Vancouver music scene for more than two decades, “ACTORS are standing on the shoulder of titans” with their sound that “could almost be referred to as ‘post-post-punk,’” said Canada’s Northern Light Records.

Writes AllMusic, “Lyrically, the record traverses the familiar subject matter of acts such as Bauhaus and Joy Division — consistently gloomy yet romantic, with such feelings of despair and tragedy disguised with sleek, crystalline production and deceivingly benevolent melodies laced with an undercurrent of melancholy and lament… it’s a great listen and does exactly what it says on the tin.”

Watch the official music video for “Face Meets Glass” by Actors on YouTube:

I Die You Die writes the “mournful ‘Face Meets Glass’ has traces of new romanticism tucked into its brief spoken passages and warbling synths and guitars, but the pulsing backbeat gives the song a sleep modern engine” and, of the debut album, concludes that ACTORS “have zeroed in on their myriad strengths and know exactly how to showcase them to the world, in a concise, enjoyable and infectious LP. It’s a hell of a debut album, and one we’re happy to recommend.”