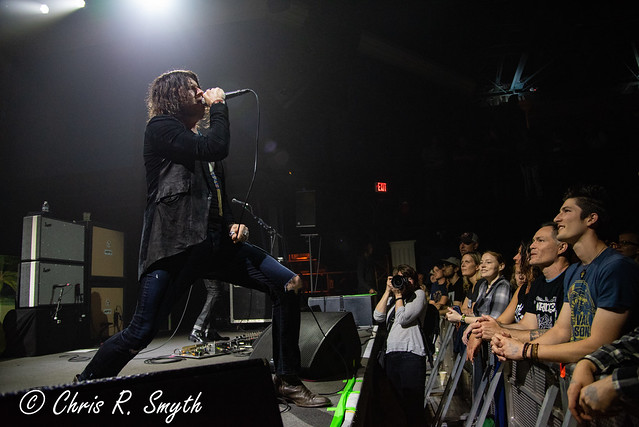 The statement that “Rock is dead” is made far too often these days. While rock ‘n’ roll may not be receiving the mass exposure it once had, to believe that pure, great rock music is no longer being created is simply an untrue sentiment. Performances like the one Rival Sons put forth at the 9:30 Club recently are all the proof one needs to see that not only is rock and roll alive, but in the right hands, it is thriving.

California-based rock band Rival Sons brought their guitar-heavy bluesy rock ‘n’ roll to DC for an intense show that lasted a shade under two hours. Touring in support of their 2019 album, Feral Roots, Rival Sons spent half of the show performing songs from their fantastic new record. Despite half a dozen albums to their name already, Feral Roots is Rival Sons major label debut.

The sound of Rival Sons can vary from song to song. Some, like the title track, “Feral Roots,” can sound peaceful and bluesy. Others like show openers “Back in the Woods” and “Sugar on the Bone” are fast and fully driven by the sound of loud guitars.

Rival Sons is a band that is truly a some of of its parts. Scott Holiday’s guitar presence was felt in each and every song at 9:30 Club on April 22. The rhythm section of drummer Mike Miley and bassist David Beste pushed the groove of each song and allowed the others to show off while also getting their moments to shine in songs like “Open My Eyes” and newest single, “Too Bad.” Lead singer Jay Buchanan commanded the stage by continuously thrashing around while belting out one of the strongest voices in rock and roll today. When Jay started “End of Forever” by screaming the first few lines, it appeared that he had nowhere to go but down. At least, it appeared that way until the unbridled scream leading into the chorus, which made you question if there is a cap to the power of his voice.

An ultimate representation of who Rival Sons are came when they performed “Too Bad” and “Jordan” back to back. “Too Bad” with its blues-backed sound is pushed through by Jay’s restrained power until it can be restrained no more and a primal yell is finally forced through at the end of the song. Following that with “Jordan,” a slow and gentle song that leaves bare the vulnerability of Jay’s voice, proved the versatility of these experienced musicians.

On the night after many spent their mornings receiving gospel during Easter mass on Sunday, the encore performance of “Shooting Stars” felt like a return to church. With the crowd raising their hands to the sky in reaction to the vocals of Jay’s uplifting lyrics soaring over the organ sounds of the keyboard and a chorus of the other band members voices, one could feel as if they stepped into a sermon in rural Appalachia and left the show with a feeling they had received blessings from these disciples of the gods of rock and roll.

Here are some pictures of Rival Sons performing at 9:30 Club on April 22, 2019. All photos copyright and courtesy of Chris Smyth. 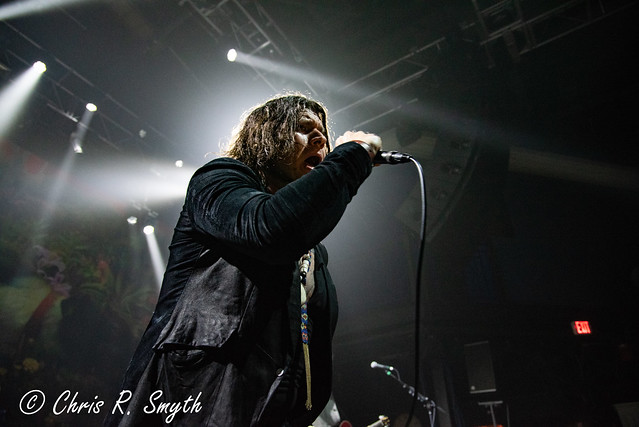 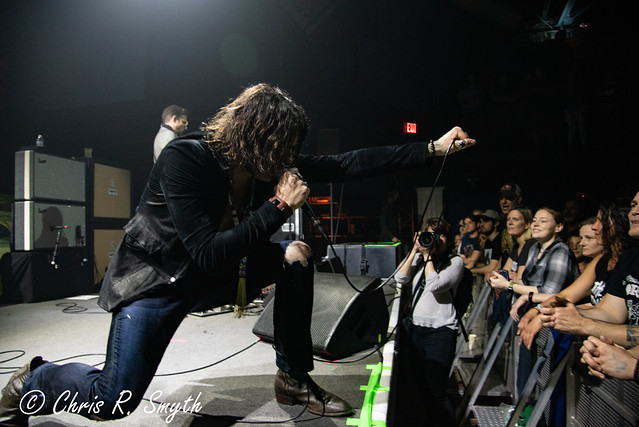 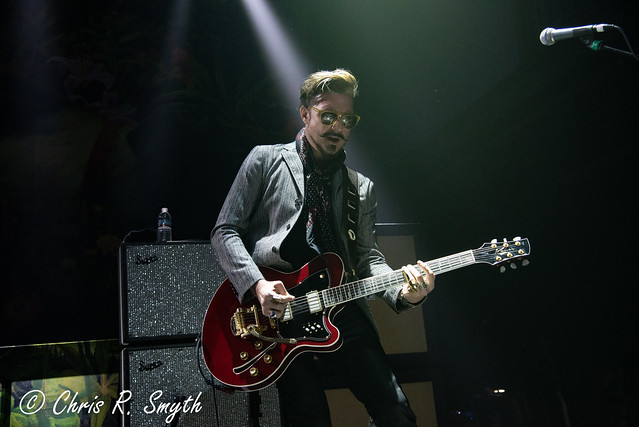 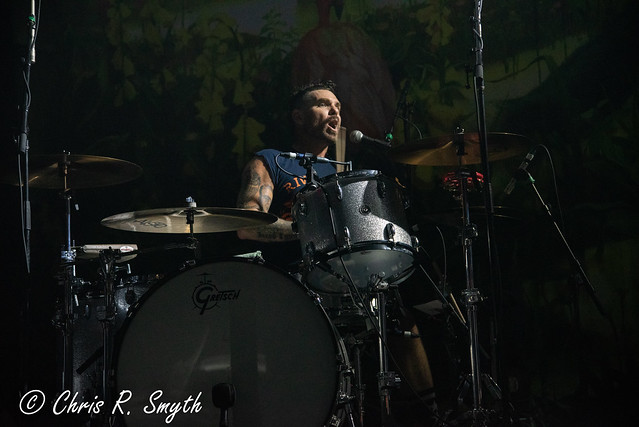 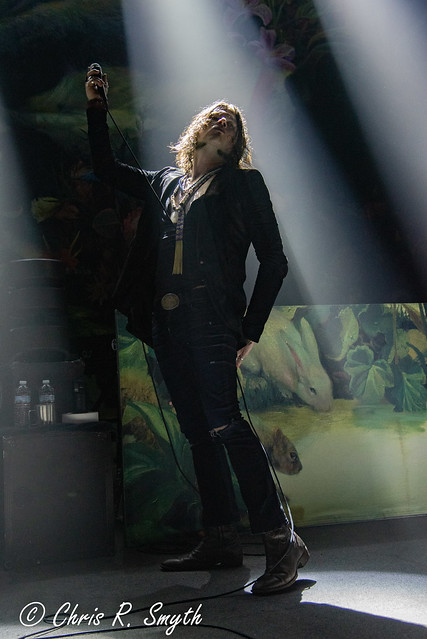 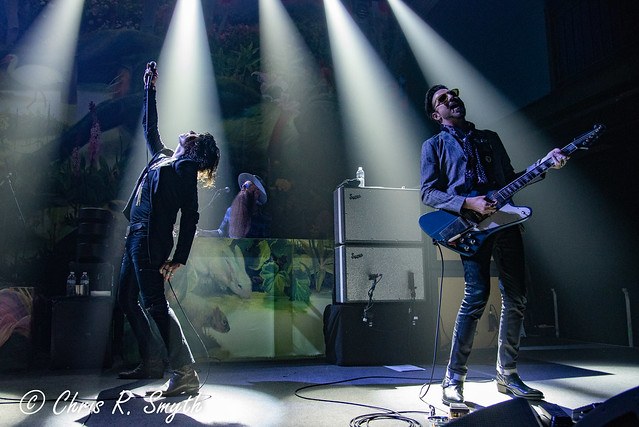 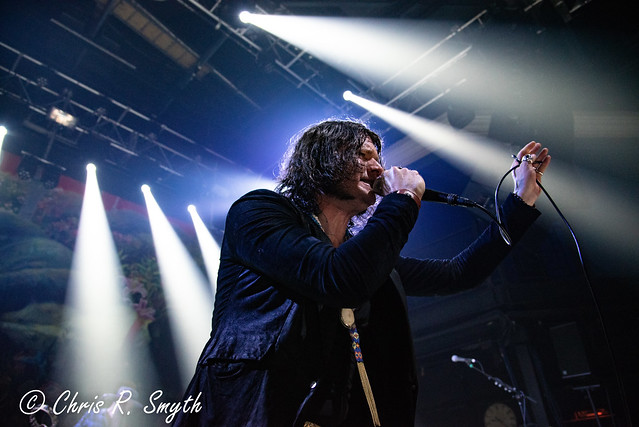 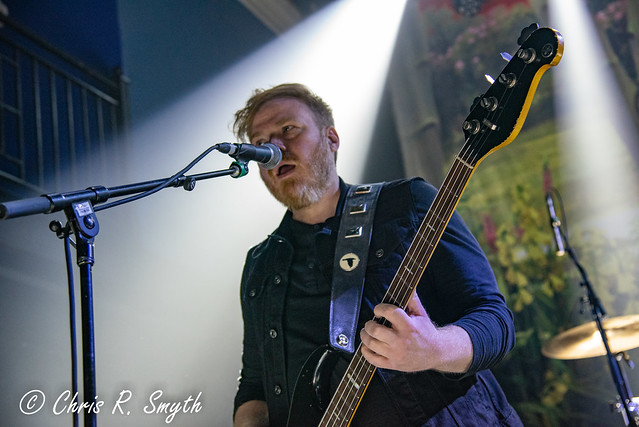 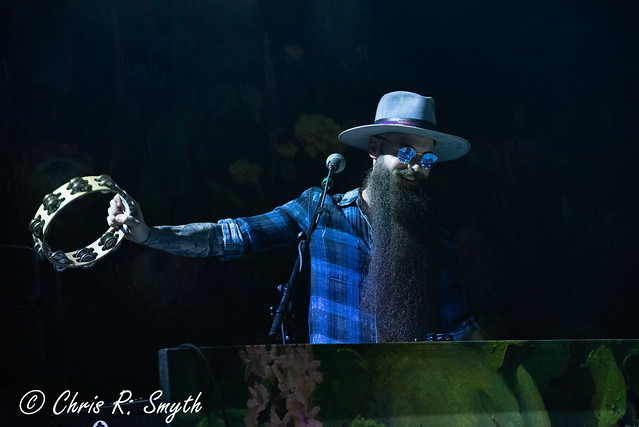 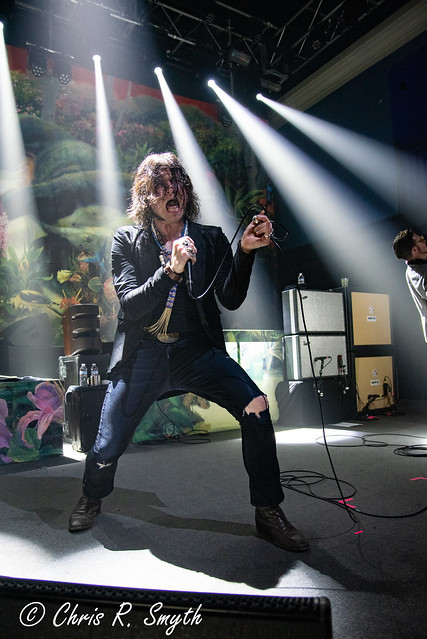 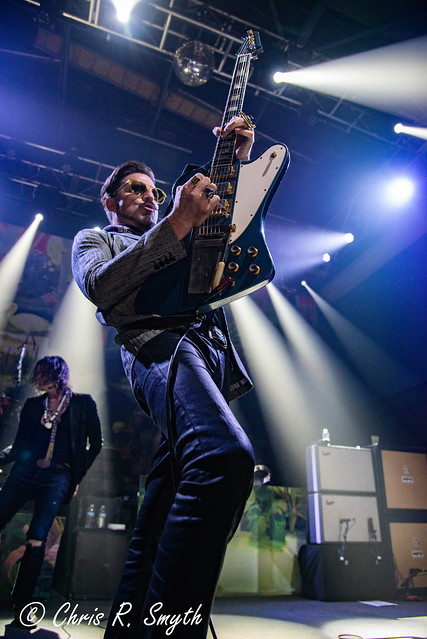 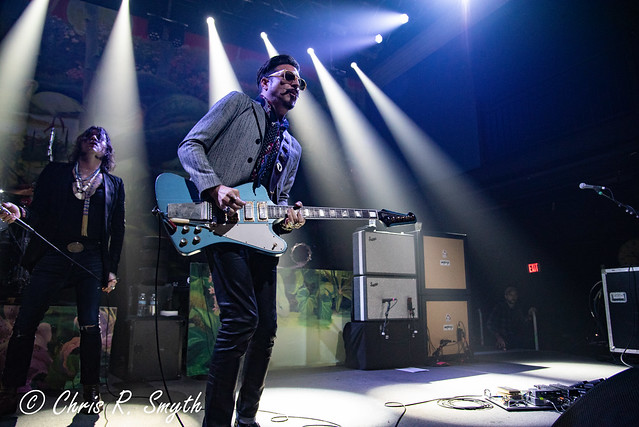 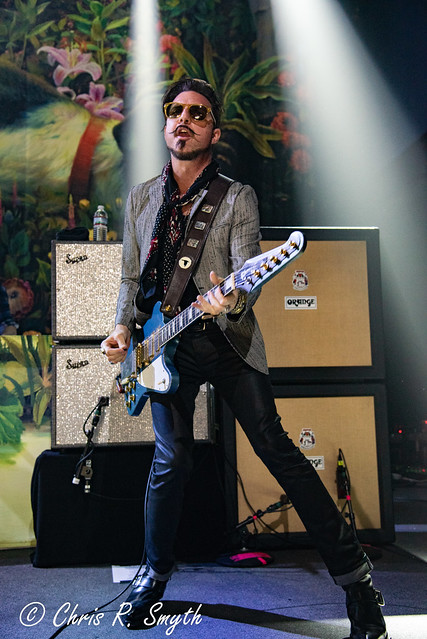 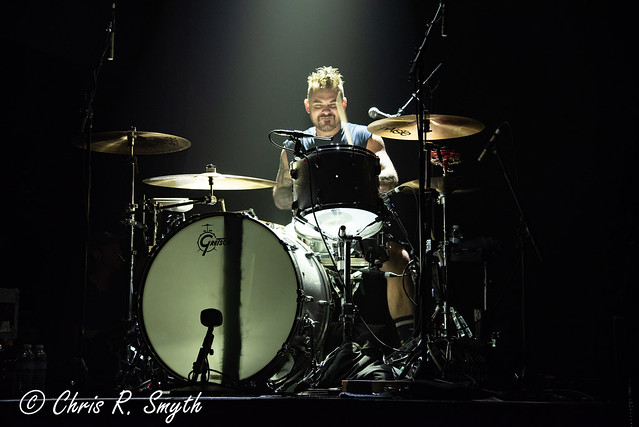 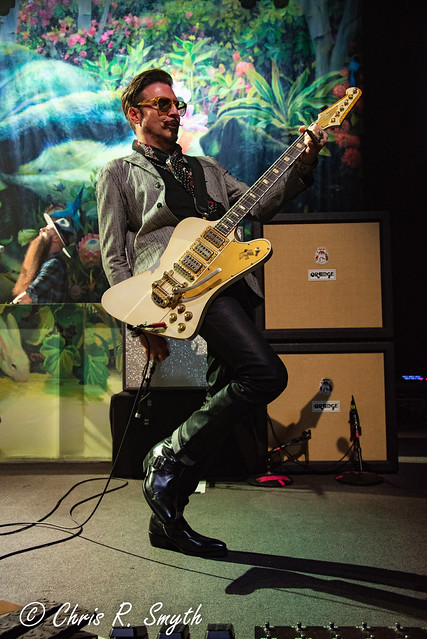 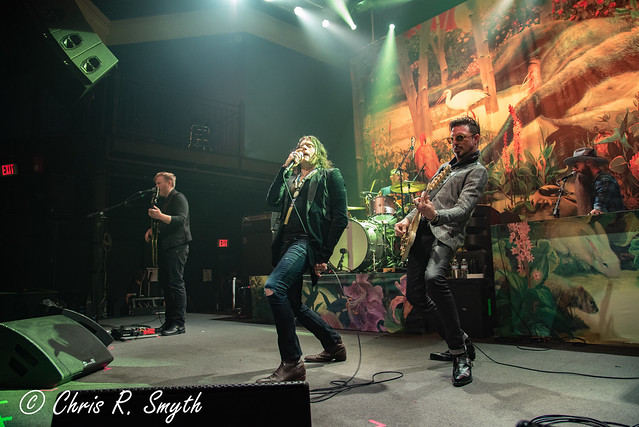 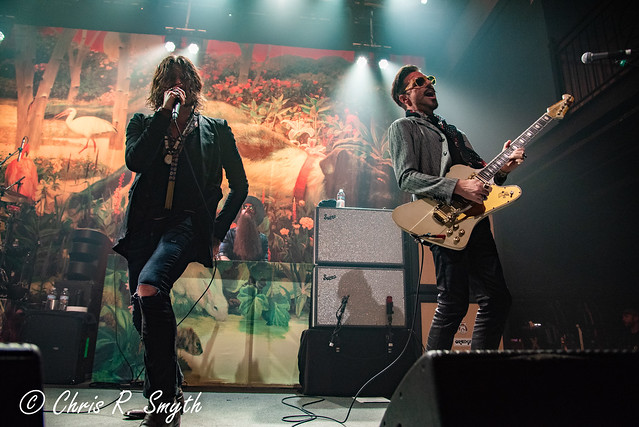 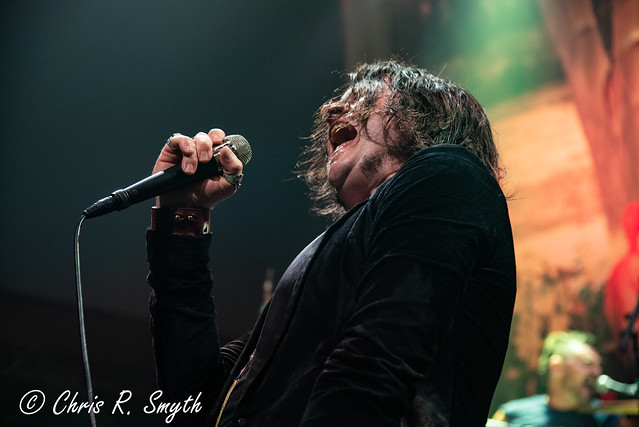 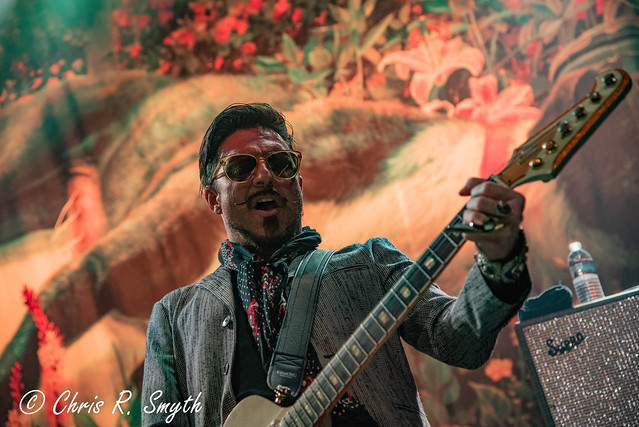 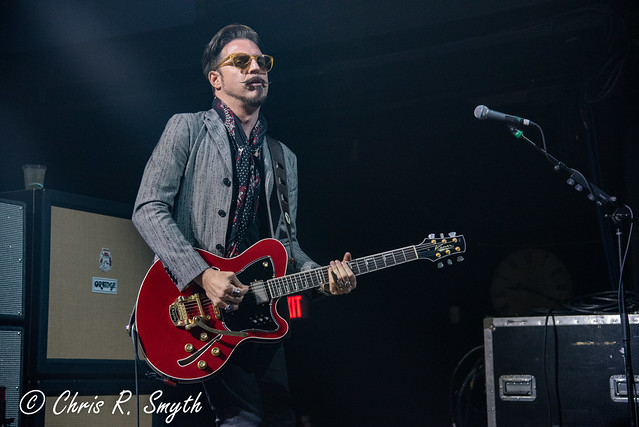 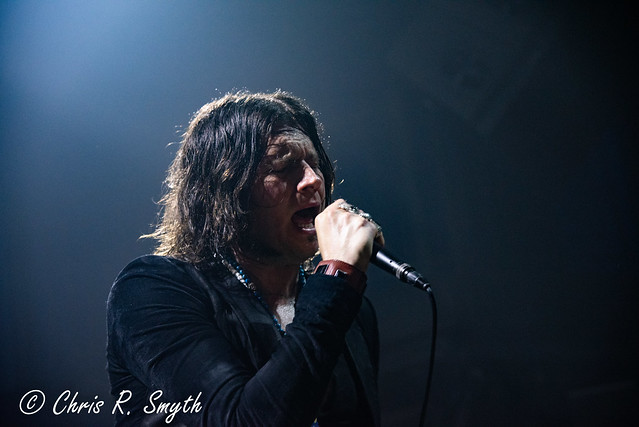 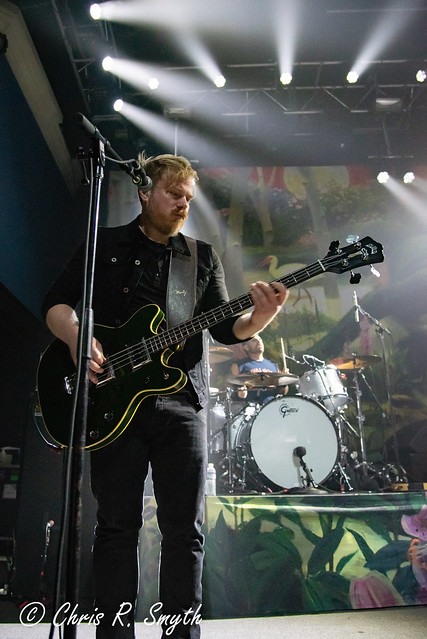 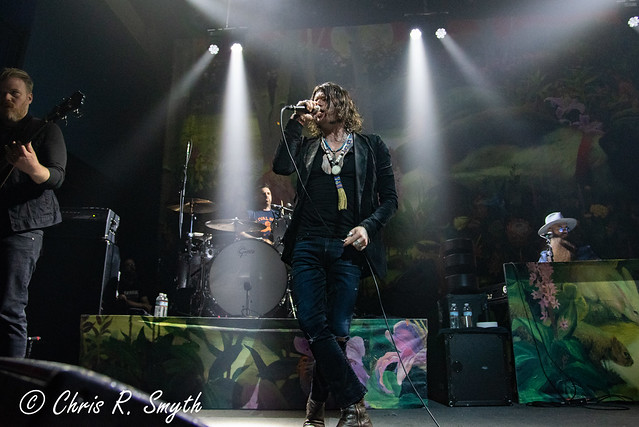 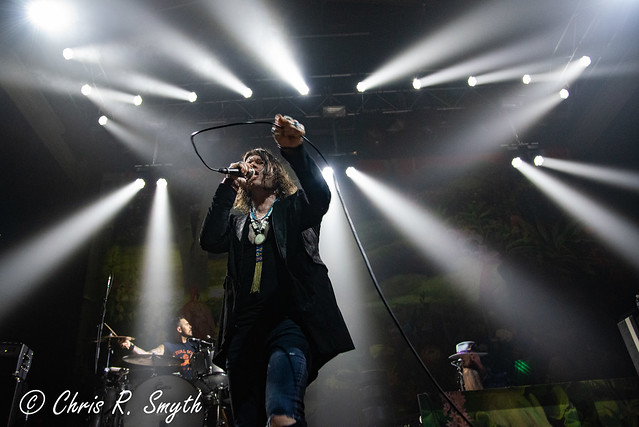 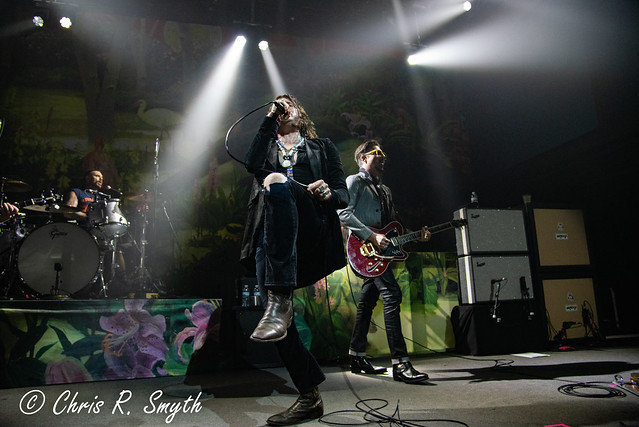