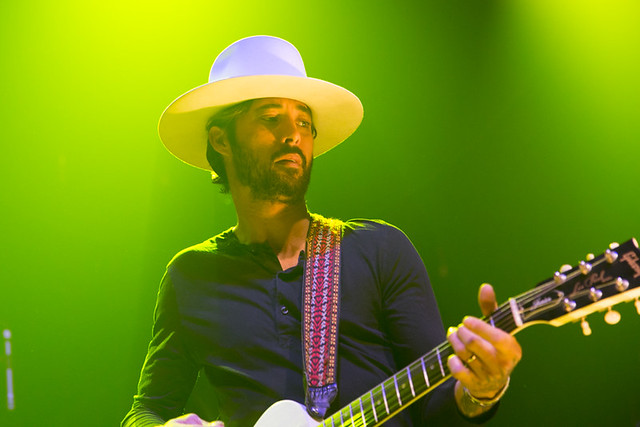 Ryan Bingham made his agenda very clear at the 9:30 Club recently. He told the packed venue, “We’re gonna play you some country music.” But, he said, “Not that beach balls in the back of your truck bullshit.”

No, Ryan Bingham would tell you tell he plays he real country music, what other people might call Americana. “We’re play you some blues, some dirty South Texas blues,” he said. Americana swells with great artists like Ryan, Steve Earle, and Lucinda Williams who blur the lines between country and blues.

“We’re gonna play some rock that rolls,” he continued on April 21, gesturing to the grand tradition of Outlaws and country-rockers like Waylon Jennings, who would’ve felt completely at home at this show. He invited the crowd to join in the noise, saying “If you feel like clapping and stomping your feet, please do so.”

Ryan opened his set with the upbeat “Nothing Holds Me Down,” then asked the crowd, “Are you ready to boogie?” He continued, “Everybody’s got that thing that makes you ‘Jingle and Go,’” citing the title of a cut off his latest album, American Love Song.

After “Tell My Mother I Love Her So,” he got political on “Beautiful and Kind,” decrying a world where people are judged by the color of their skin. After “Beautiful and Kind,” Ryan declared “We’re gonna sing some blues now.” The political railing continued on the raucous “Got Damned Blues,” as Ryan sang, “There’s a racist in the White House.”

Ryan has a passionate audience that knows and loves his songs. The backup singers left, Ryan switched guitars, and his drummer picked up the maracas. The audience cheered “Dollar a Day” from the opening note, and spontaneously, a lot of the crowd began singing along.

Ryan’s backup singers came back for “Situation Station,” a song from the new album full of classic country imagery — freighters, ponies, stations — about reflection and the need for respite. The band sat to play to play more the downbeat “Wolves,” another new song, which plays on the metaphor of standing one’s ground a pack of wolves. Ryan’s band included on guitar the excellent Jesse Dayton, who we covered last summer.

After “Wolves,” Ryan exclaimed “We’re just getting warmed up!” “Pontiac,” another track from “American Love Song,” tackles the old rock chestnuts of love, lust, and cars. Introducing “Hot House,” Ryan told the audience, “This song takes place between Houston and New Orleans.” He went on to say that his grandmother had an appreciation for murder ballads that she passed onto him.

The audience exhaled a chorus of “oohs” and “aahs” as a disco ball illuminated the 9:30 Club, setting the mood for “Hallelujah.” To be clear, while it shares the title, it’s not the Leonard Cohen song but an original Bingham composition about a mugging that ends in murder. Jesse Dayton cut loosed on a blazing guitar solo. Ryan praising him, saying, “He nailed it.” Ryan went on to say, “I realized a lot of these songs have a lot of violence. Not because I condone violence, but because I grew up with it.” Ryan’s songs critique a violent culture; they are, like much of the best Americana, a modern, progressive take on the sordid legacy of the Wild West where he grew up.

Speaking of the Wild West, it’s worth taking a moment to speak about Ryan’s voice. Ryan does not have a classically perfect singing perfect voice, but it’s easier to find artists who have that than who can replicate what we brings to the table. There’s a dryness and a warble to his voice that seems perfectly matched to the Texas plains and New Mexico desert of his origins. Ryan’s voice has distinctive character. While mainstream country tends to value “perfect” voices, Americana is populated by artists who sing with unique voices.

Ryan picked up his electric guitar, and the band launched into “What Would I’ve Become,” a meditation on life choices and his fortunes in escaping his humble beginnings. He closed the set with Lover Girl, which, he said, “I wrote for my wife.” After the song, the 9:30 club absolutely erupted.

“It amazes me that I ever got the fuck out of where I came from and got to travel. Most of these songs are about the same shit,” Ryan said upon returning to the stage for an encore. With a backdrop of simulated candle lighting, Ryan played “Nobody Knows My Trouble.” The band came back out, and Ryan invited opening act The Americans to join them, “if they aren’t too drunk.” The Americans obliged, and together they sent the audience home with “Sunrise.”

Here are some pictures of Ryan Bingham performing at 9:30 Club on April 21, 2019. All photos copyright and courtesy of Paivi Salonen. 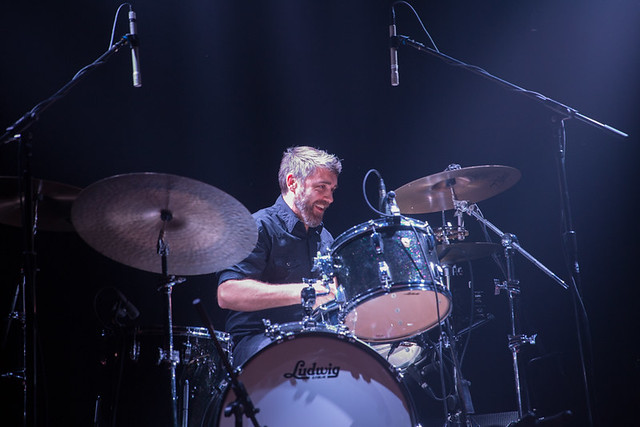 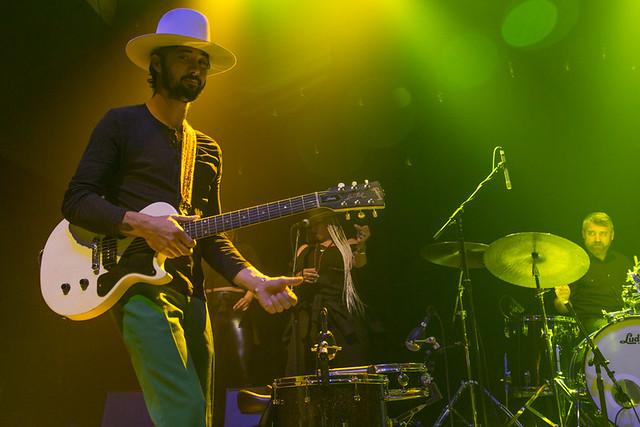 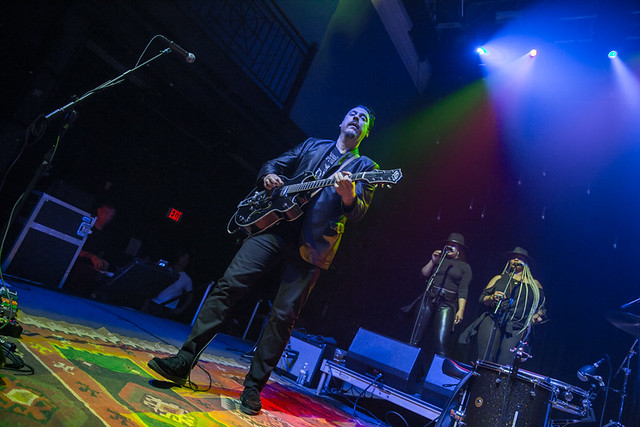 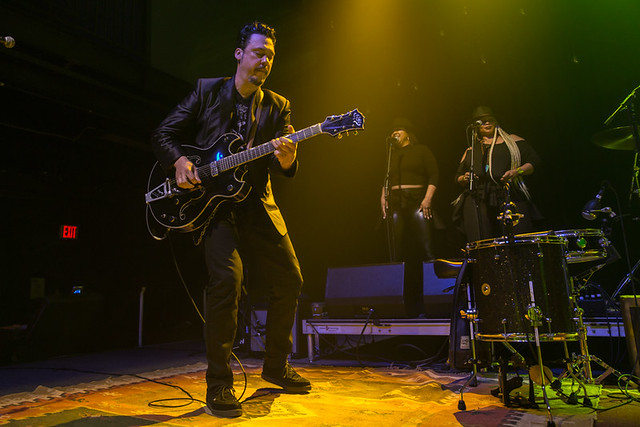 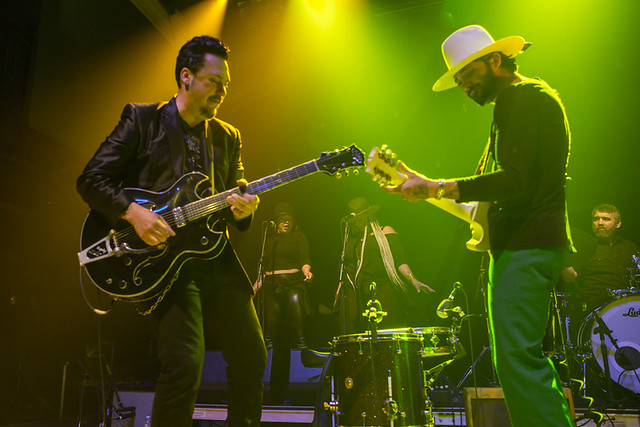 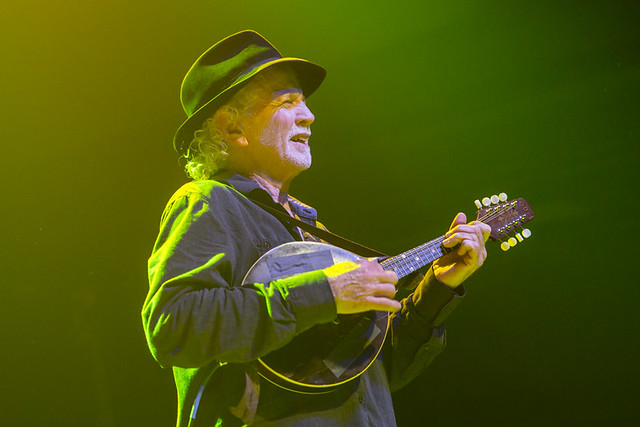 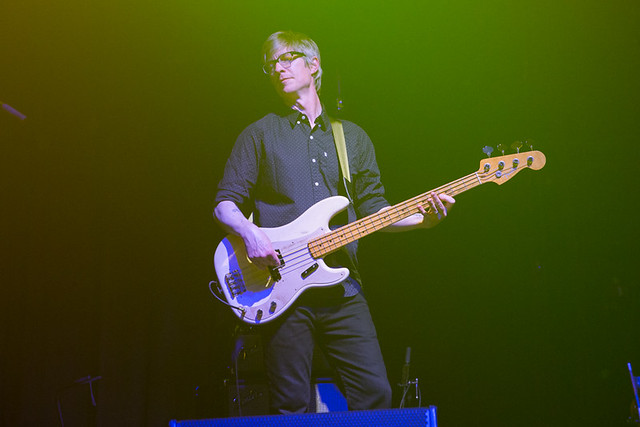 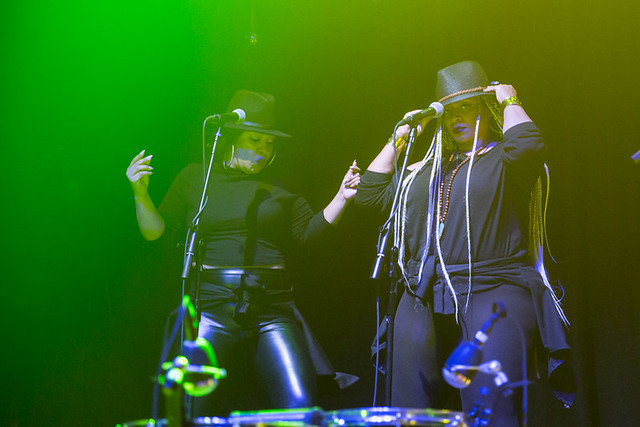 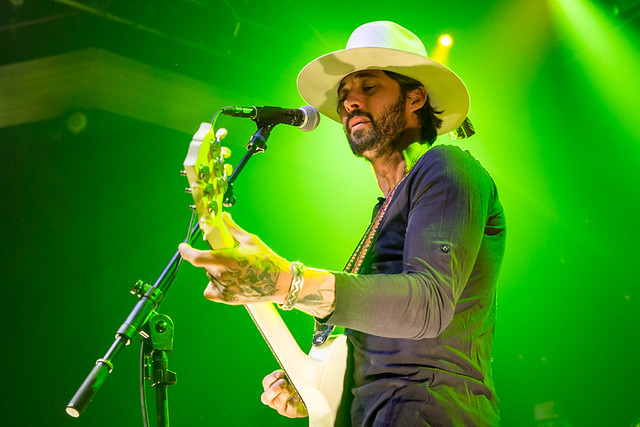 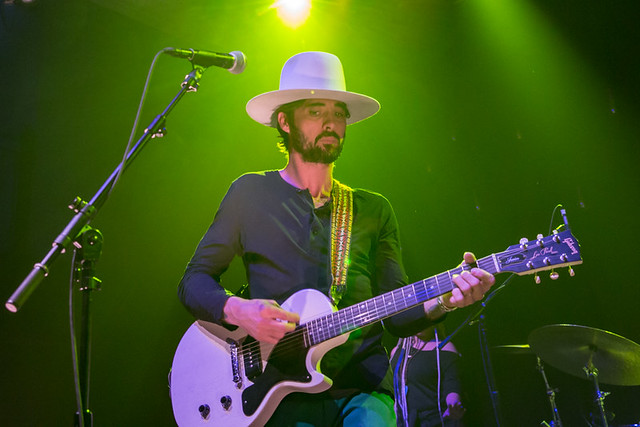 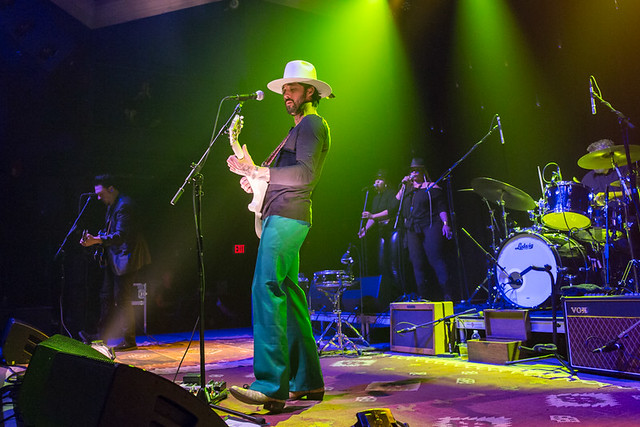 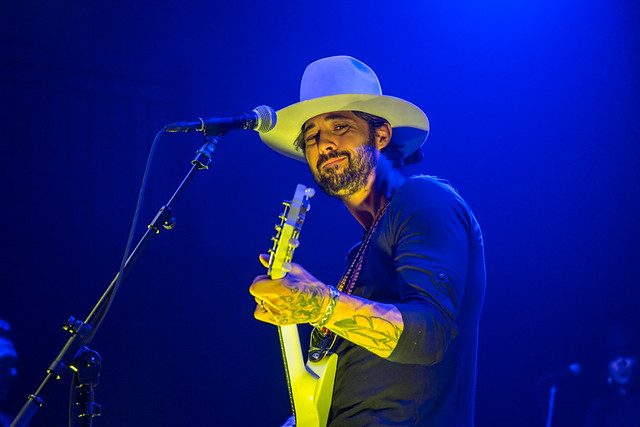 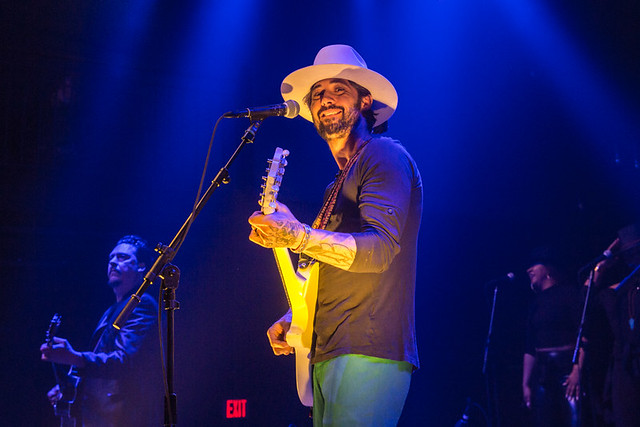 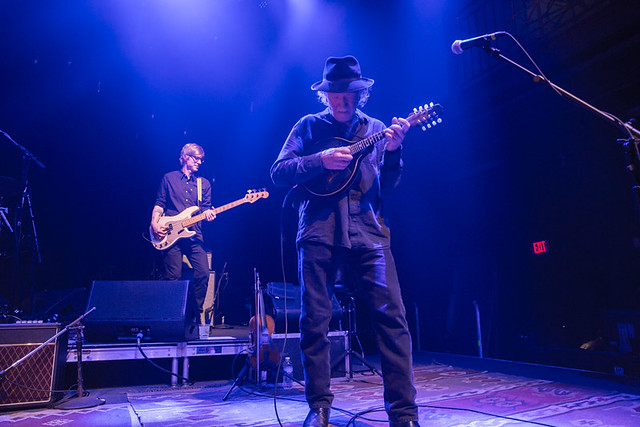 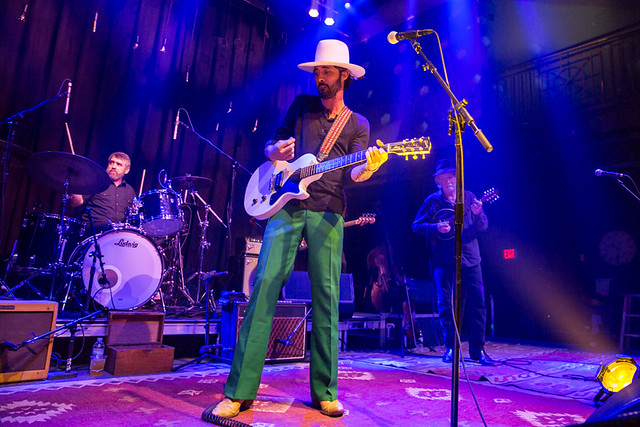 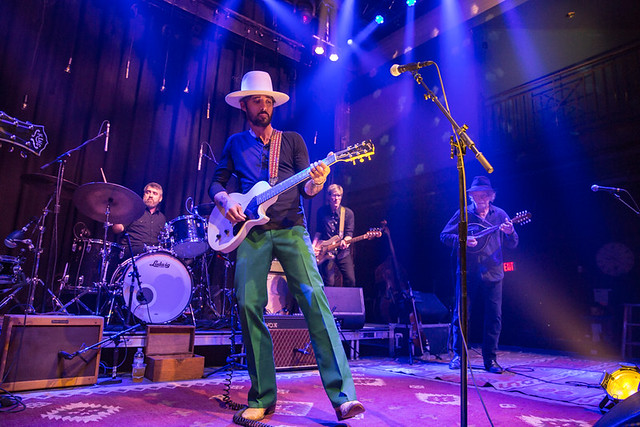 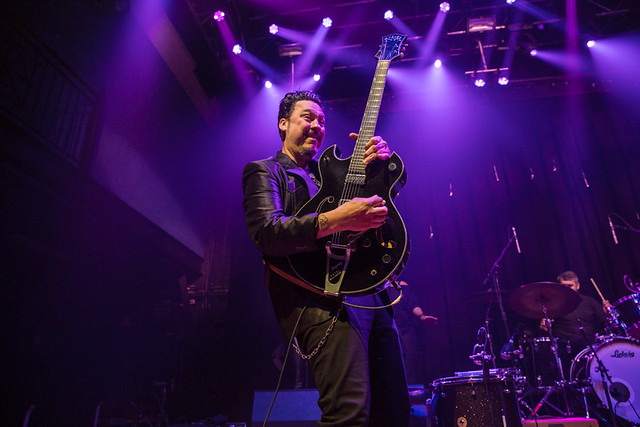 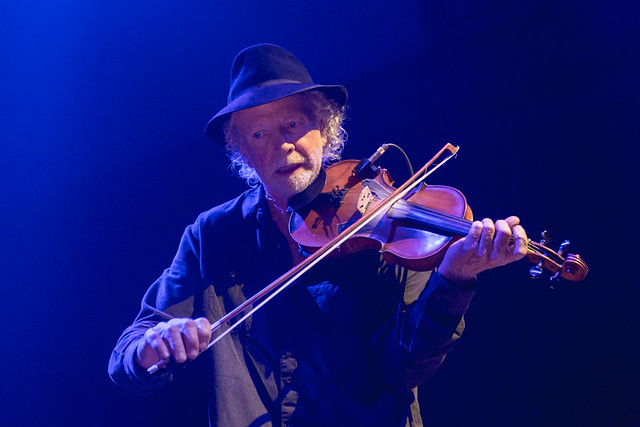 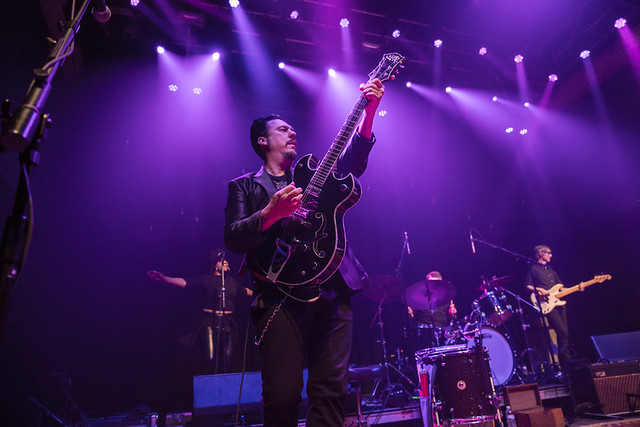 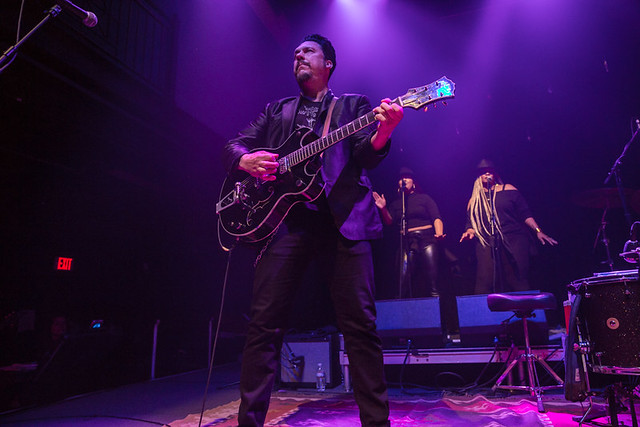 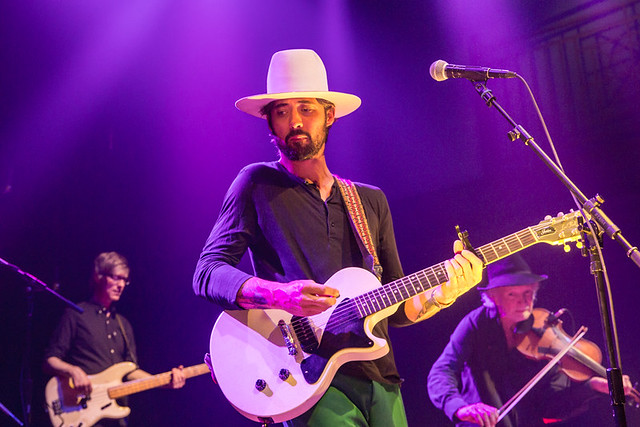 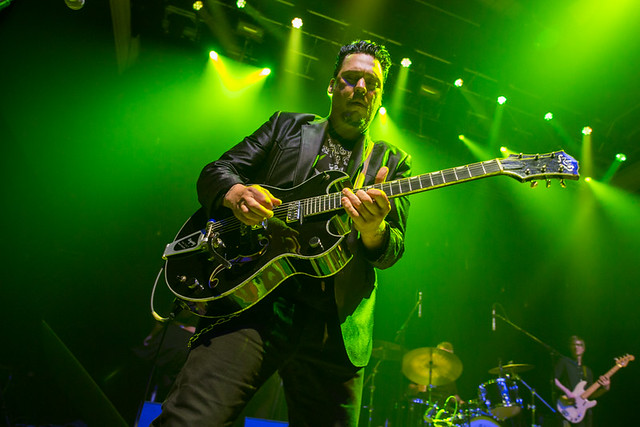 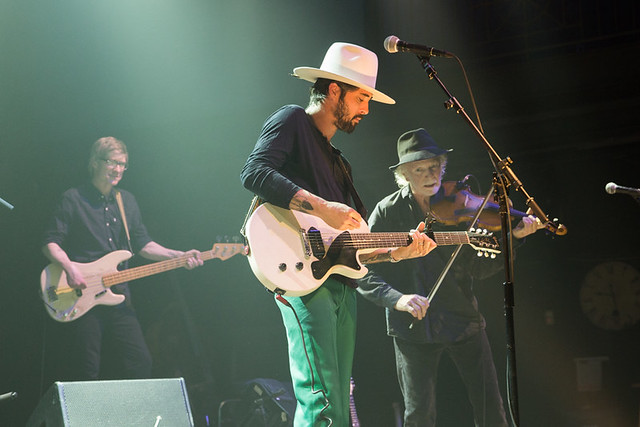 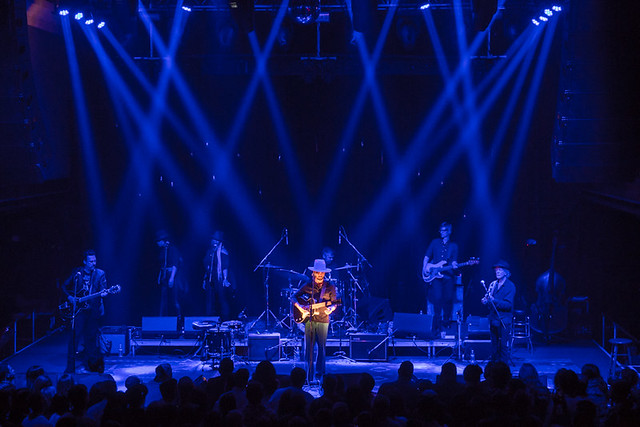