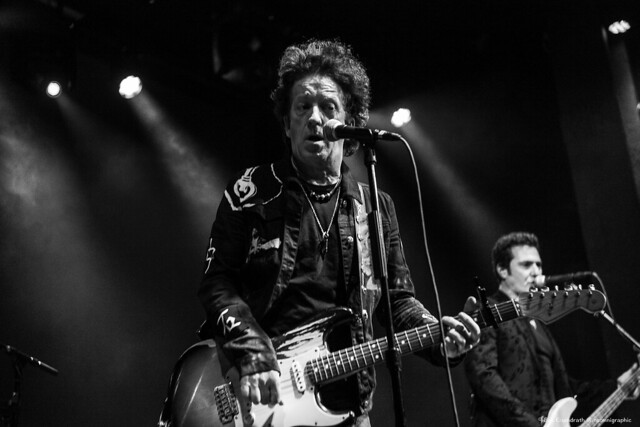 Willie Nile bridges the chasm that lies between Bob Dylan and The Clash. He ties intelligent, literate lyrics to frenetic melodies and crashing rhythms. Talk to Willie, and the F-bomb may pop out of his craggy face. Willie turns 71 in June, and he’s still active and creative — maybe more than ever. His creativity was on display at The Hamilton Live recently.

Willie and his band opened with the hard-rocking “Forever Wild,” a tale of teenage lust that repeats “16 and crazy.” Willie said, “This one’s called called ‘Run,” and the band launched into a fast, hard song that contained the first the Buddha reference of the evening. After “Run,” Willie told the audience, “This is our time, this is our place in the human race.” He related that he’d been in DC for a speech by Malala a few years ago when she’d used this this song (“This Is Our Time”), and he dedicated it to all the women and girls in attendance.

“I was a philosophy major at the University of Buffalo,” Willie told the crowd. Sometimes, he said, he does things to make himself laugh. He dressed “All Dressed Up and No Place to Go” as a “party song, a Saturday night party song,” but one crammed full of references both erudite and populist. There’s Aristotle and Moby, there’s Short Fat Fanny and Credit Card Annie. Willie dedicated the song to Herman Melville.

Willie dedicated “Heaven Help the Lonely,” from 1991’s Places I Have Never Been, to all the children going to bed hungry. As the song raged, the bassist Johnny Pisano, leaped into the air, setting the stage for the rock ’n’ roll fury of “Hell Yeah.”

Willie has a deep connection with his fans; he knows and recognizes many who have been coming to his shows for years. He recognized John and Kathleen’s fourth wedding anniversary, and played “Secret Weapon of My Heart” for them. Later, he acknowledged his friend Laura’s birthday.

Saying he would play a new song, Willie asked that the audience not record the next song or put it on the internet, and he introduced it as “New York Is Rockin’ Tonight.” Although he released Children of Paradise last summer, and he already has written another album.

Stream Children of Paradise by Willie Nile on Spotify:

Willie told the audience that the photographer who shot the album cover for Children of Paradise, Cristina Arrigoni, was in attendance. He explained that the photos on the cover of Children of Paradise are of New York City street, and he praised the dignity that Cristina gave them with her photos. He also praised her book, The Sound of Hands, a work of photography of the hands of musicians such as BB King, Jackson Browne, and Charlie Musselwhite.

“The House of a Thousand Guitars” sounded a tribute to the gods of rock and roll: Hendrix, Dylan, Muddy Waters, Robert Johnson, Hank and John Lee Hooker, the Stones. This segued into the a couple of covers. Lou Reed’s “Sweet Jane” featured a sweet bass solo and the audience clapping along, and Jim Carroll’s “People Who Died” mourned the rockers who left us before their time.

For the last song of the set, Willie welcomed four adorable kids as backup singers and dancers. The song, which Bruce Springsteen performed live with Willie in 2015, celebrated the power of one person and of music to change the world. After the song, Willie, the band, and the kids took as the crowd clapped and rose to salute the performance.

Willie and the band didn’t waste too much time coming back out. They played a two-song encore, returning to Eastern religion with “You Gotta Be a Budda In a Place Like This,” and serenading the crowd with the ballad “Here You Breathe.” As Willie left the stage, he told someone, “I’m coming out.”

Willie generously took time with his fans, not just signing records and memorabilia, but really talking to them and connecting with them. Remembering from a previous show what Willie had said about his studies as a young man, I brought him a flash drive with a large supply of digital books about philosophy and music. Willie received it enthusiastically, shaking my hand and hugging me. He said that the Rolling Stones had probably never received anything quite like that, and that he had the best fans in the world.

Willie’s career has taken some twists and turns, and he seemed to really appreciate what he has. He loves getting to make music and perform, and he genuinely embraces the audiences that allow that to happen. Underneath the ferocity of every punk artist like Willie, there’s an idealist, someone who sees a world that doesn’t rise to their expectations. Willie’s fierce rock ’n’ roll energy comes from a place of deep compassion and love, of righteous fury. And while age dulls the idealism of many people, Willie’s moral compass has only grown more accurate as he’s matured.

Here are some pictures of Willie Nile performing at The Hamilton Live on April 20, 2019. All photos copyright and courtesy of Ben Eisendrath /Instagram+Twitter: Insomnigraphic/GrillworksBen. 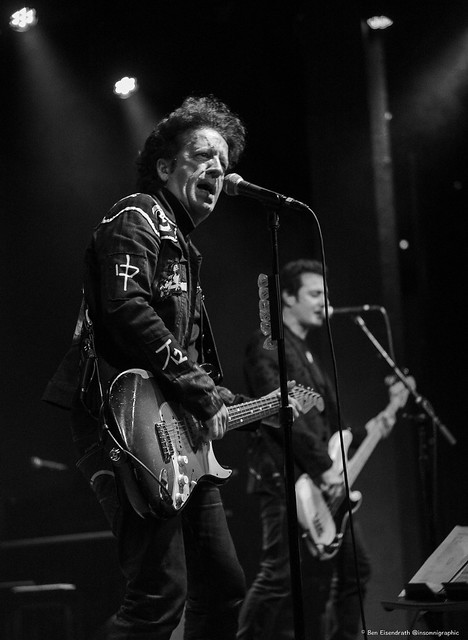 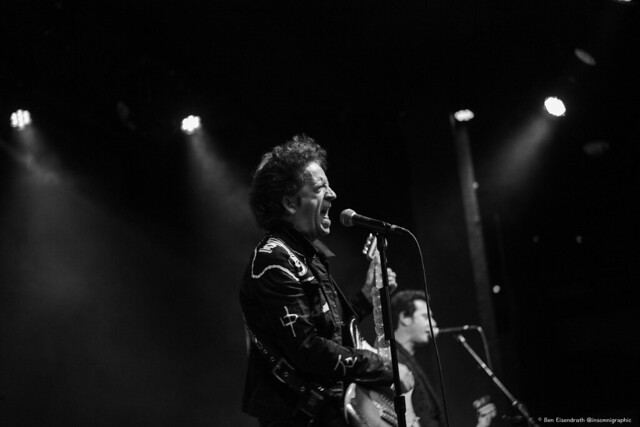 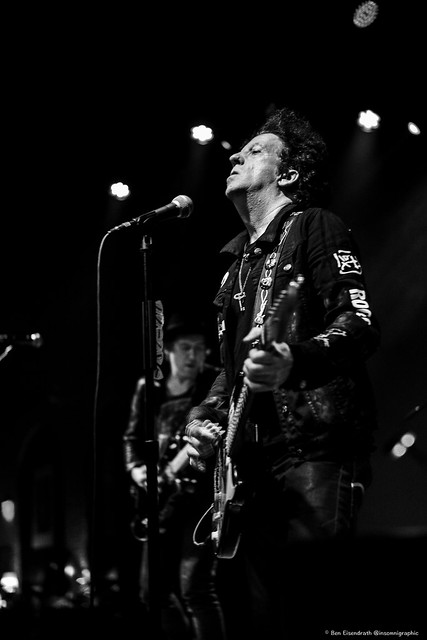 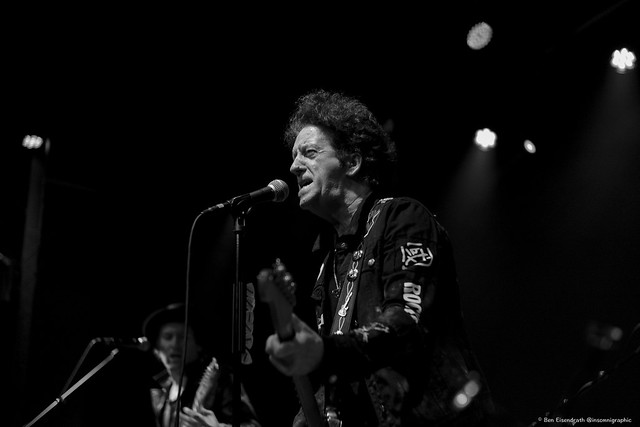 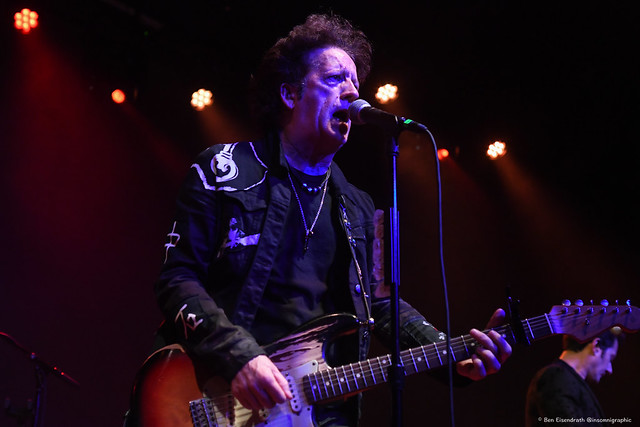 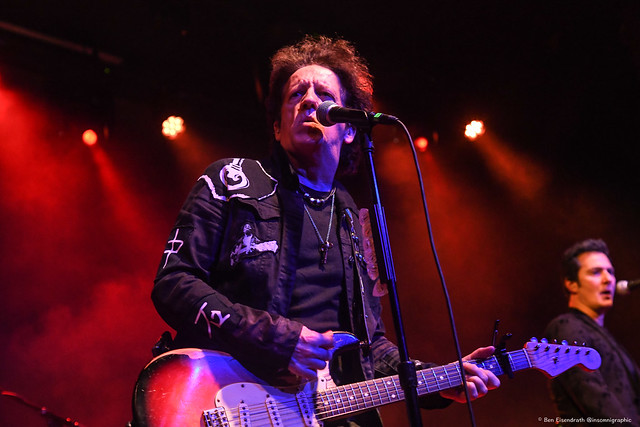 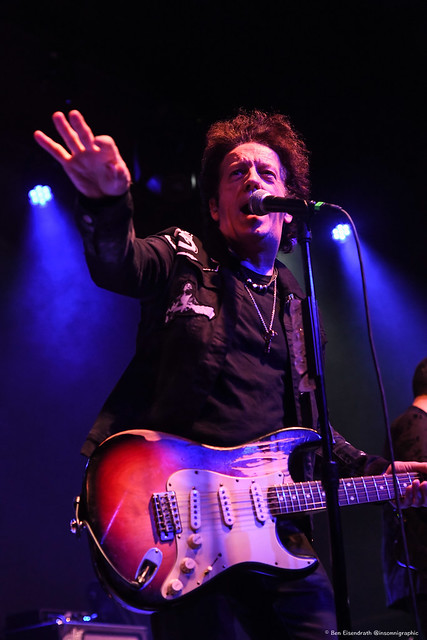 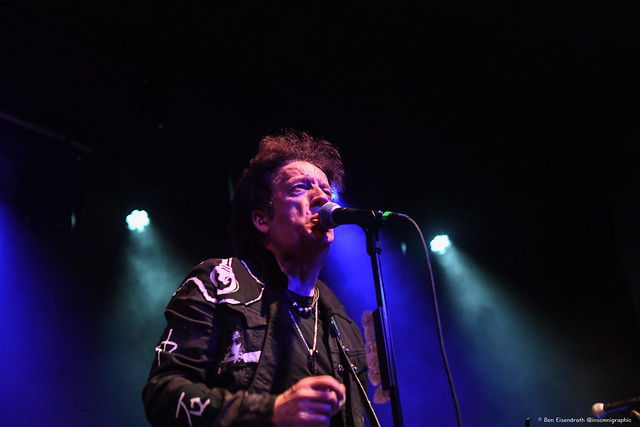 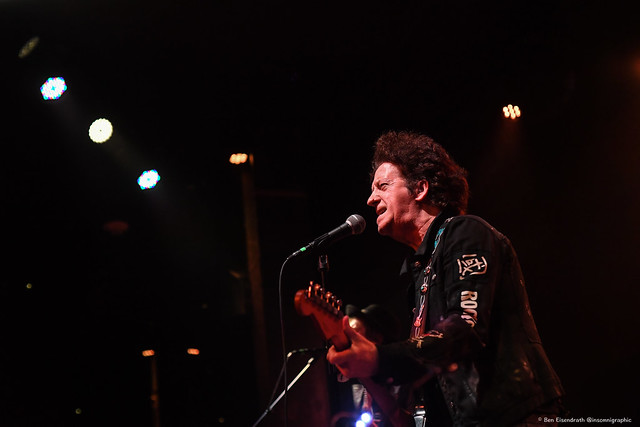