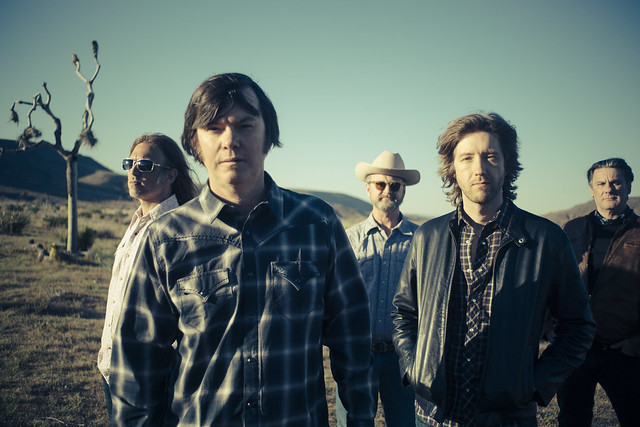 In support of their ninth studio album, Union, Son Volt will perform at the 9:30 Club on Sunday, May 5, led by frontman Jay Farrar, a defining and revered figure in the world of roots rock and pioneer of the alt-country movement of the 1990s.

Union confronts our current state of affairs with keen observations made through intelligent songwriting. Salon called the album “both a protest record and a tribute to protest records” and lauds Son Volt for “initiat[ing] an artistic confrontation with the sociopolitical reality of American life accessible in the headlines and on the ground.” Jay “shines a light on the growing societal issues in front of us and reminds us of the comfort and clarity that music can bring in these times,” said a press release.

Speaking with Salon, Jay said about Union, “When I was thinking about how I could be a citizen, I thought, ‘what can I do?’, and that’s when I decided to write songs.” About “Devil May Care,” Jay said in a release, “You remember, ‘Wait a minute, music is supposed to make you throw your burdens to the wind,’ so I tried to include that approach as well” in the politically charged album.

Watch the official music video for “Devil May Care” by Son Volt on YouTube:

Uniquely, eight of Union’s 13 songs were recorded at places associated with two figures important to Jay: labor and community organizer Mary Harris “Mother Jones” and iconic folk hero Woody Guthrie. Three songs were tracked at the Mother Jones Museum in Mount Olive, Illinois, and four others were recorded at the Woody Guthrie Center in Tulsa, Oklahoma.