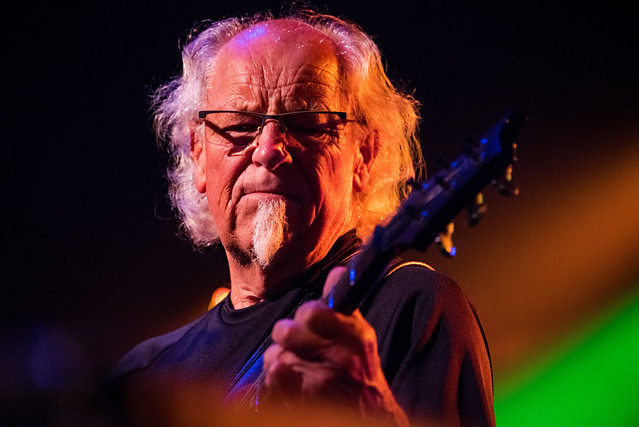 Martin Barre performs at The Birchmere on April 22, 2019. (Photo by Mark Caicedo)

“Could you get behind a slow marching band, and join together in the passing, of all we shared through yesterdays, in sorrows neverlasting” Slow Marching Band – Jethro Tull

The Who famously sang “Hope I die before I get old” on their 1965 hit “My Generation” and perhaps the sentiments of youth angst can be excused for the feeling that age is a curse. But those children of the 60s still playing, and listening to, rock and roll (Pete Townshend included), I’m fairly certain they no longer feel the same way.

As a teenager during the height of Jethro Tull’s heyday in the 1970s and ’80s, although I never got to see the band live, I nevertheless gobbled up those classic albums: Living in the Past, Benefit, Songs from the Wood, and of course, Aqualung. Countless hours spent in my bedroom blasting songs like “Hymn 43,” “Cross-Eyed Mary,” and “Teacher” satisfied my urge to rock out but also instilled an appreciation for the intricacies of expert songwriting. Ian Anderson was Tull’s undisputed leader but it was Martin Barre who captured my imagination, with his complex guitar parts, key changes, and shifting time signatures.

At The Birchmere on April 22, I finally got to hear those songs and many more when Martin and his band made the first of two area stops on his “Celebrating 50 Years of Jethro Tull” tour. Martin wasn’t kidding when he told me earlier this month that this show was a major production. The Birchmere’s stage isn’t small but it was crammed to capacity with guitars, keyboards, two full drum kits, monitors, amps and 4 large video screens. Somehow there was still room for all the musicians who occupied the stage: Martin on guitars and mandolin; Dan Crisp: guitars, vocals; Alan Thomson: bass; Darby Todd: drums; Alex Hart: guitar, vocals; Becca Langsford: washboard, vocals; and Tull alumni Clive Bunker on drums and Dee Palmer on keyboards. Tull’s sound was always big, so Martin made sure that this celebration of its music would leave nothing to chance.

The show followed a roughly chronological order, opening with blues influenced songs from 1968’s This Was and the following year’s Stand Up. With Benefit in 1970, Tull’s music began to exhibit the rock characteristics familiar to most fans. Martin’s staccato guitar attack on “Teacher,” one of my favorites, signaled that that the show was moving into the generally most well-known period of Jethro Tull’s legacy.

See the Martin Barre Band performing “Teacher” at the Tullianos Convention in 2016:

The trio of songs that followed, “Cross-Eyed Mary,” “Hymn 43,” and “Aqualung” from the band’s 1971 album, Aqualung, were for many of us in the audience, the reason we were there. Regarded by some as a concept album (a notion vehemently denied by Ian Anderson), it tackled weightier religious and societal themes with a broader musical palette that departed from the earlier bluesy Tull sound. The set’s next two songs, from true concept albums (A Passion Play, Thick as a Brick) featured Martin’s virtuosity, particularly on the extended guitar solo from the “Thick as a Brick” excerpt.

Tull’s music has always struck me as predominantly male oriented, from the muscular melodies to the sometimes bawdy lyrics. As the first set entered a brief acoustic phase, Martin introduced the “girls” to the stage, long-time backing vocalists Alex Hart and Becca Langsford. They brought a welcome light, feminine touch to the performances of “Some Day the Sun Won’t Shine for You,” “Cheap Day Return,” and a lovely “Life is a Long Song.” Even the set closer, an acoustic rendition of “Locomotive Breath,” normally a hard charging rocker, was transformed into a pleasing folk rock piece.

Set two’s second song, “Sea Lion” with its whimsical lyrics and carnival-like melody may have made a more compelling opening to the second set rather than curiously placed “War Child” which seemed to elicit a mixed reaction from the crowd. The set’s 3rd song, “Bungle in the Jungle” was another of Tull’s many songs that uses animal metaphor to lampoon human behavior. The next song, “Heavy Horses” (from the album of the same name), continued the animal theme before segueing into the pastoral themes of “Songs From the Wood.” “Hunting Girl,” also from the album, Songs From the Wood, combines the best of Jethro Tull’s strengths in one tight musical package.

The flute and keyboard intro to “Hunting Girl” has a folk-rock feel to it that soon gives way to a full blown electric rocker. The abrupt time signature and key changes give the song an almost epic, operatic feel but the pure accessibility of the melody prevents the song from lapsing into prog-rock excessiveness. And as alluded earlier, the song is a story told from the point of view of a “normal low born so and so” seduced by a high born English lady: another one of Tull’s provocative, and bawdy, male-centric songs.

The next two songs were drawn from 1987’s Crest of a Knave (which won a Grammy in 1989) before ending with another early song “A New Day Yesterday.” For the encore, the entire band returned to end on the traditional Jethro Tull concert closer, “Locomotive Breath,” this time performing the full-blown electric version.

Set 1
A Song for Jeffrey
My Sunday Feeling
Back to the Family
For a Thousand Mothers
Nothing Is Easy
To Cry You a Song
Teacher
Dharma for One
Cross-Eyed Mary
Hymn 43
Aqualung
Thick as a Brick
A Passion Play (‘Flight From Lucifer’ excerpt)
Some Day the Sun Won’t Shine for You (acoustic)
Cheap Day Return (acoustic)
Life Is a Long Song (acoustic)
One White Duck (excerpt; acoustic)
Wond’ring Aloud (acoustic)
Locomotive Breath (acoustic)

This concert was in some ways a trip down memory lane but for me, it was a chance to hear songs I’d known and loved for decades performed live by the musician who helped compose them. For others, it was a chance to relive moments from past, younger lives in a new context. For Martin (and Clive and Dee) these shows are an opportunity to rework and reimagine the familiar.

As the rockers from the 60s and 70s enter the autumn of their careers, keeping alive the music they created is both an act of shared memory and generational communion, for I saw lots of parents bringing their kids to Martin’s Birchmere show. These lines from Tull’s “Slow Marching Band” remind us that though songs may end, the music goes on forever.

“Take a hand and take a bow
You played for me; that’s all for now, oh, and never
Mind the words just hum along and keep on going
Walk on slowly — don’t look behind you
Don’t say goodbye, love. I won’t remind you”

Martin Barre Celebrates 50 Years of Jethro Tull tour continues everywhere through much of 2019. Find tour dates and more on his website.

Here are some pictures of The Martin Barre Band performing at The Birchmere on April 22, 2019. All photos copyright and courtesy of Mark Caicedo. 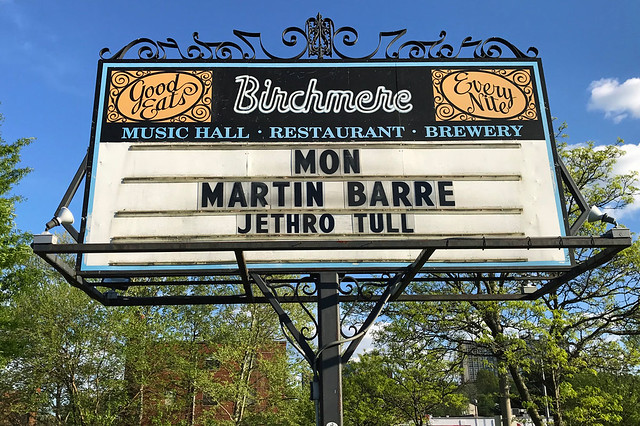 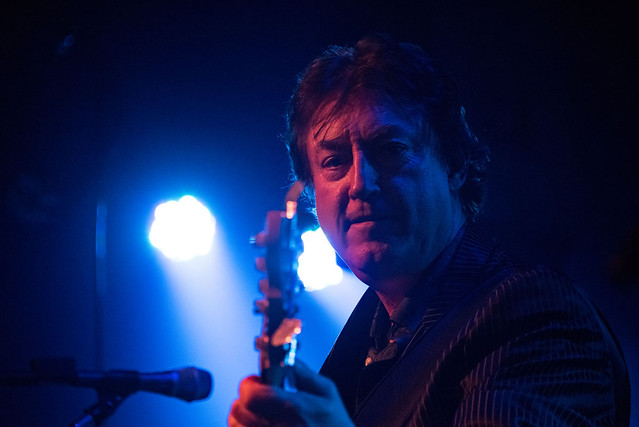 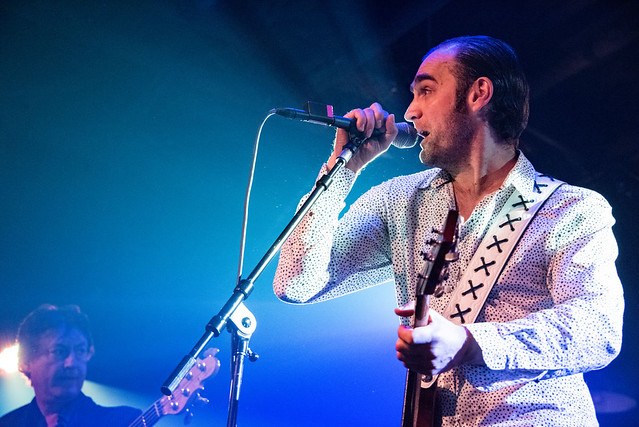 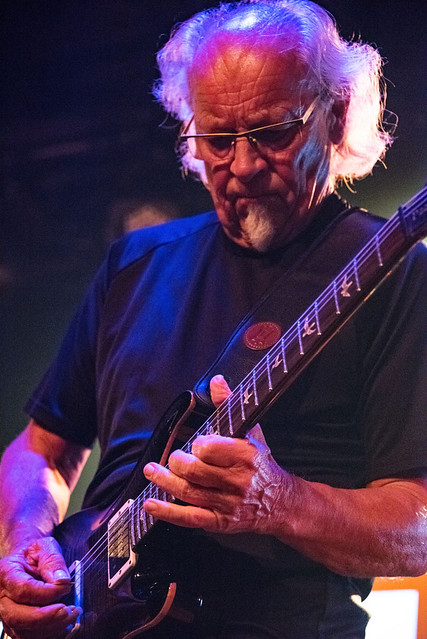 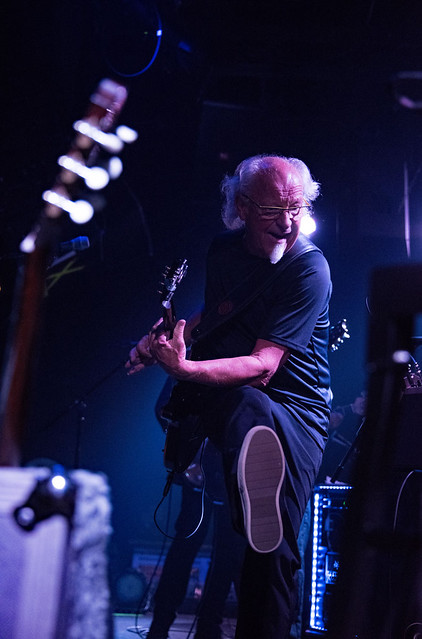 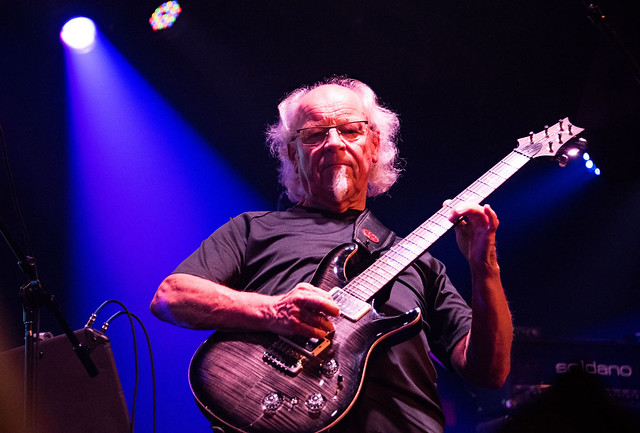 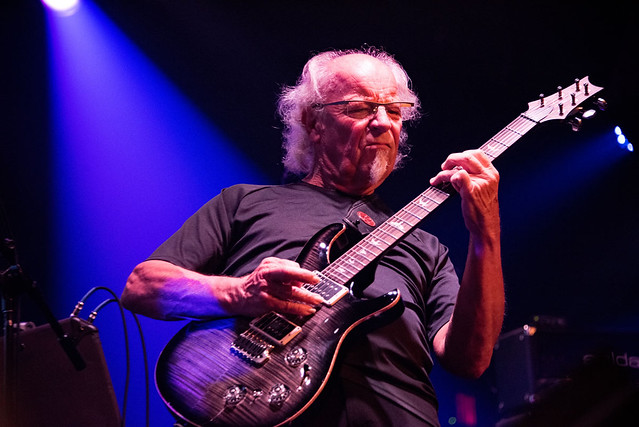 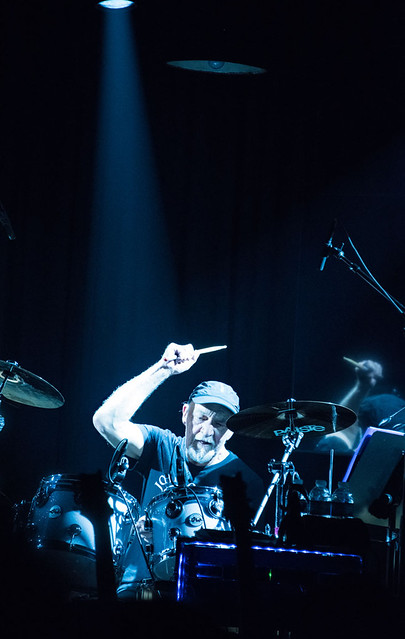 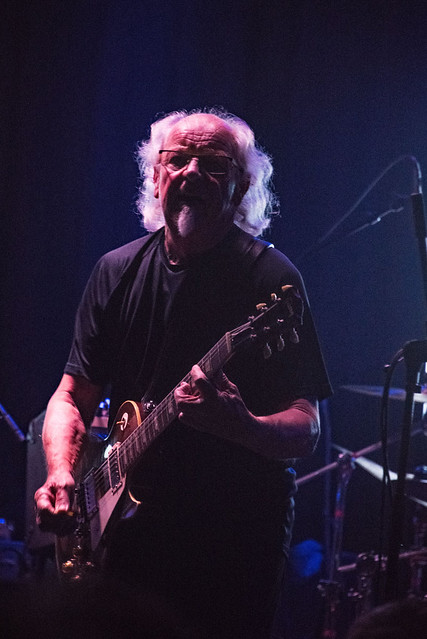 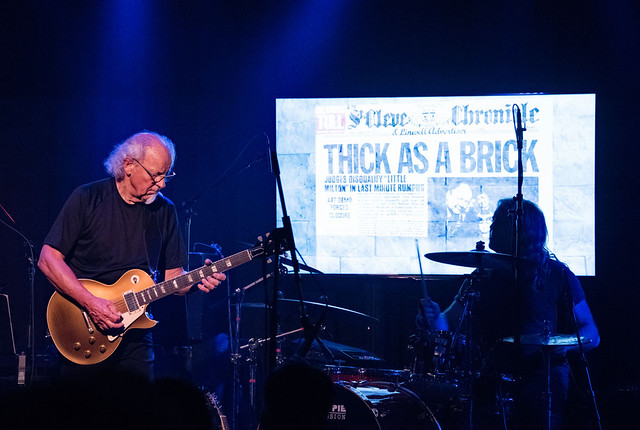 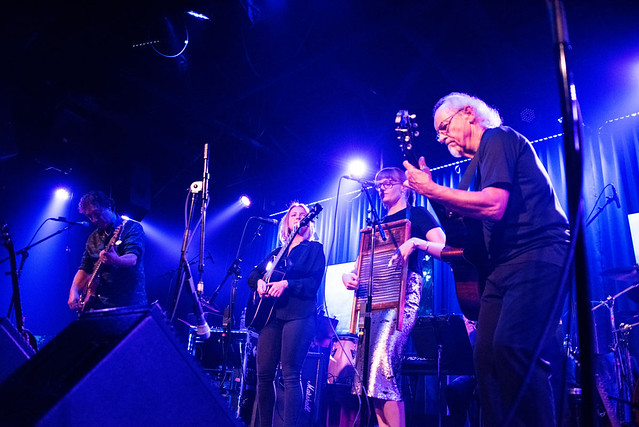 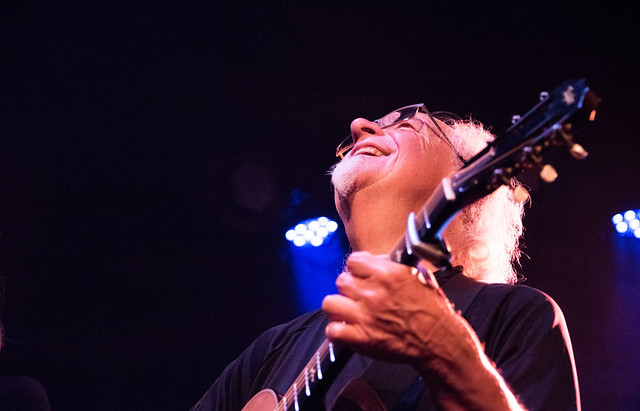 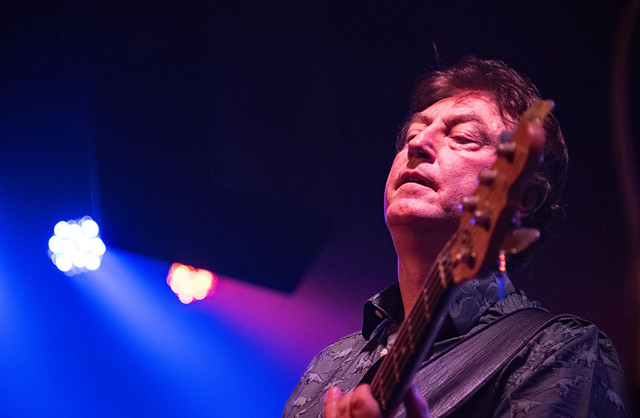 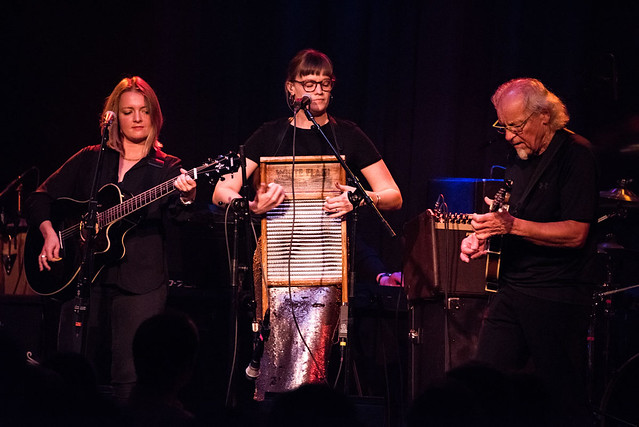 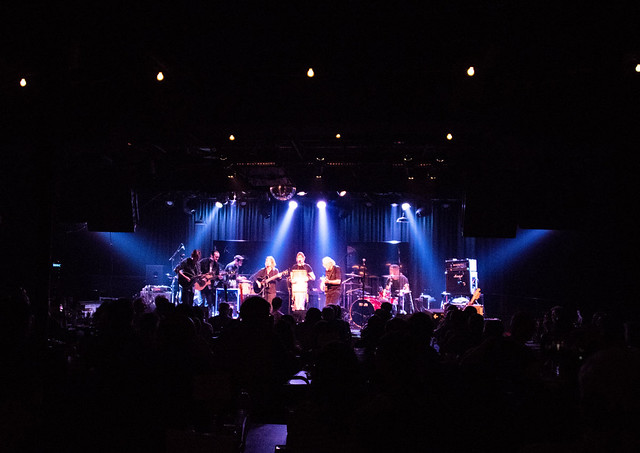 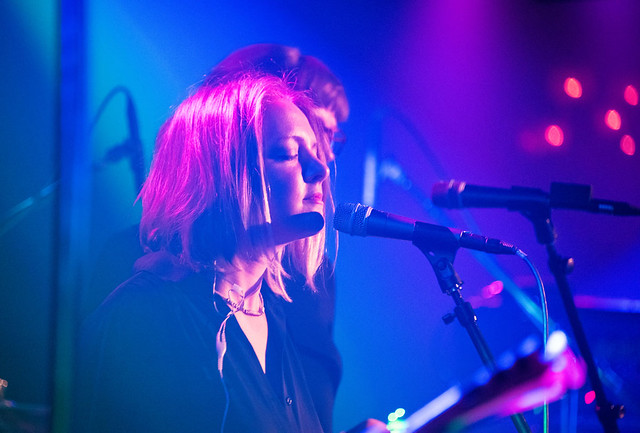 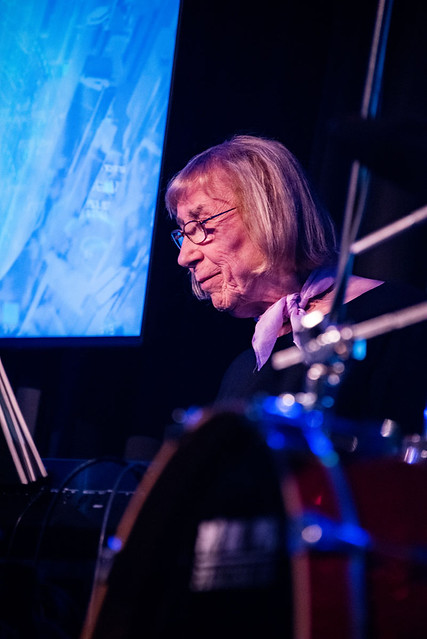 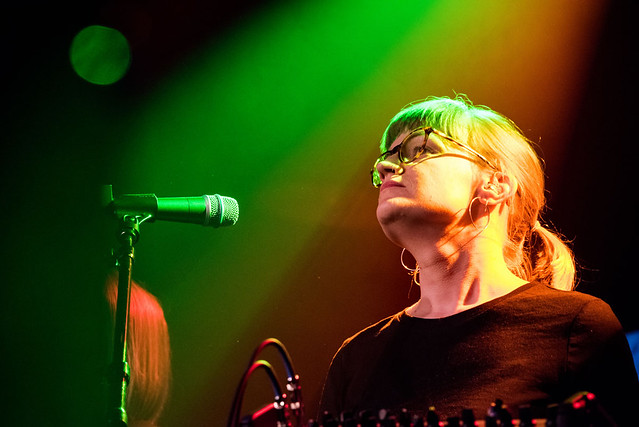 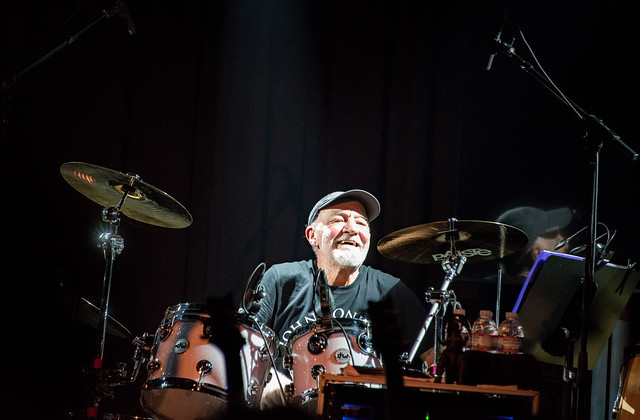 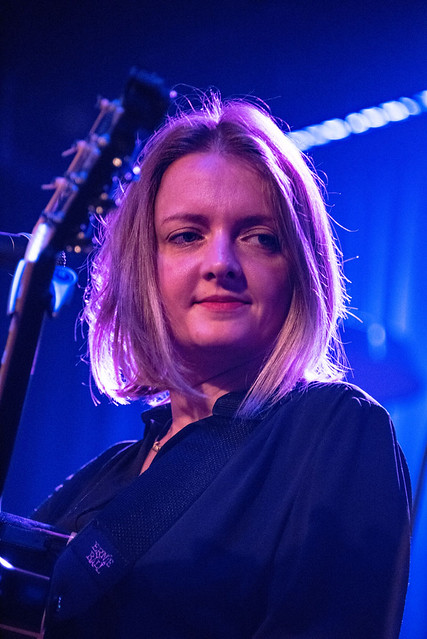 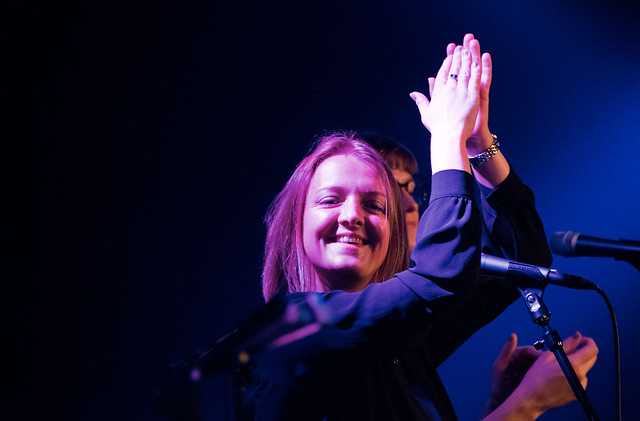 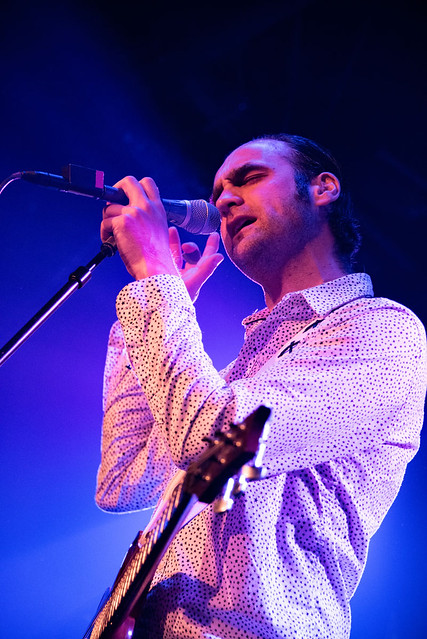 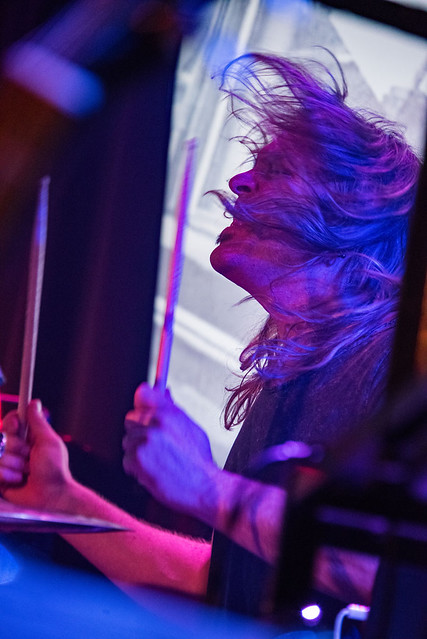 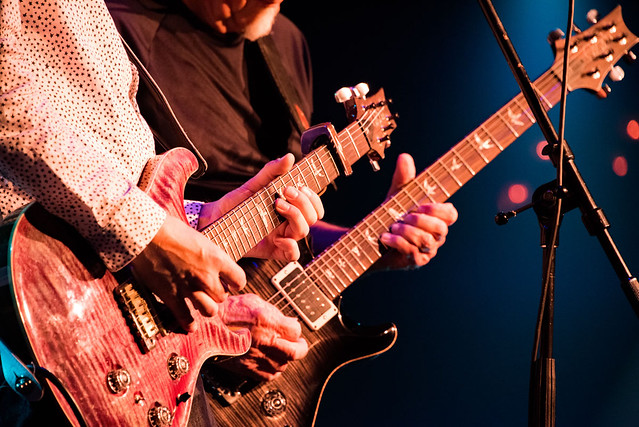 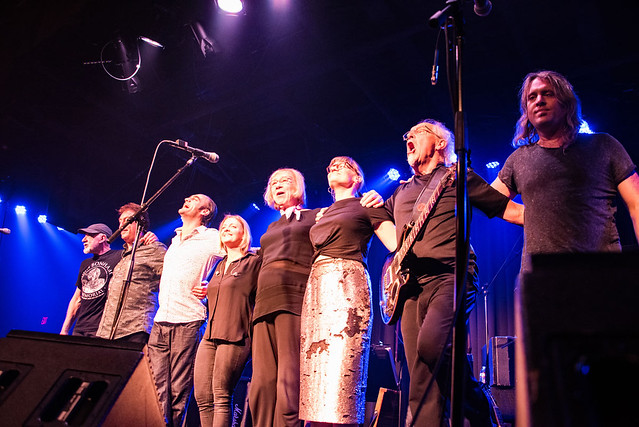