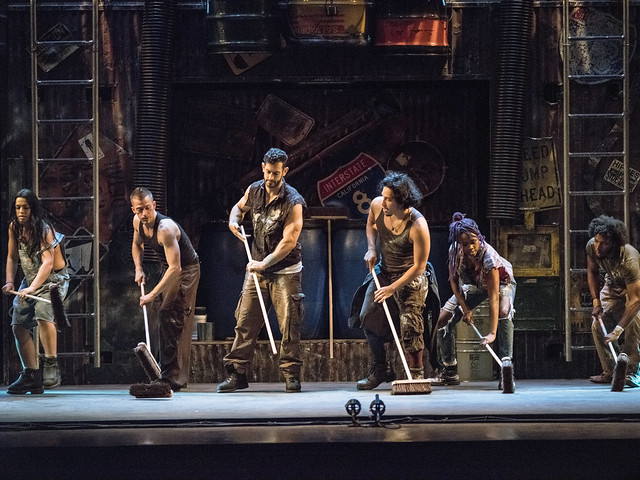 STOMP: The Visual and Vicarious Workout!

The critically acclaimed 1991 British brainchild of Luke Cresswell and Steve McNicholas is currently on an American tour and recently entertained the National Theatre of Washington, DC on April 23.

The stage setup looked like the cross between a music room and Home Depot with assortments of bins, pliers, trash cans, and xylophones — each item was produced with intentionality: TO CREATE SOUND. The opening act featured the eight performers communicating and performing in harmony as they used brooms to sweep and joust, each movement — each movement a note to form together a full song. Throughout the nearly two-hour set, a method of call-and-response melodies resonated among the cast. In true 2019 fashion, the audience was directed to not record the show in order to maximize the sensory and bodily experience.

Watch an official trailer for “The Rhythm of New York” by Stomp Online on YouTube:

High moments of the set included featured the brazen stepmaster of the crew, Artis Olds, who centered the high-energy step performance and without verbal directive, taught the audience how to applaud with a 1-2 style breakdown (noise-silence, noise-silence). Additional individual standouts included Cary Lamb (the dance dean of the evening) and Jeremy Price (the booming wildcard) while Krystal Renee and Cade Slattery served as class clowns of the evening with quick reflexes and comedic timing to accentuate their limber frames.

Artis Olds, Jonathon Elkins, Jeremy Price, and Steve White formed a brawn coalition when they wore tied kitchen sinks around their shoulders, each filled with water (talk about strength and stamina), to foray into goofy water-based play and sounds plus bonus splashes for the first two rows. Hoses extended from the sinks evolved into their lives as they intended to symbolize a male “body part” as each hose wagged and released water to mimic urinating. A latter crowd favorite saw the theatre dimmed to pitch blackness and the cast in a perfect horizontal line to dazzle with a cigarette lighter lightshow.

Collectively, each scene led the crowd to deliver mouth-gaping awes, frozen stills, and hearty laughter to match physical and mental dexterities of the performers who could grace all types of venues from Alvin Ailey and Broadway to the Olympics with ease.

STOMP closed at National Theatre on April 27, but the performance and its kaleidoscope of movements and sounds will continue southward on its American with several upcoming performances in North Carolina, Georgia and Alabama between late April and mid-May. Visit STOMP’s website for more information.

Here are a few photo highlights of STOMP on tour in 2012. Some press photos courtesy and copyright of Steve McNicholas, as marked. 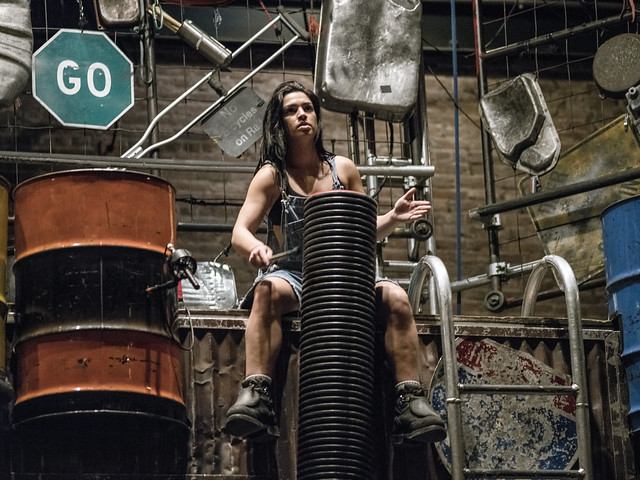 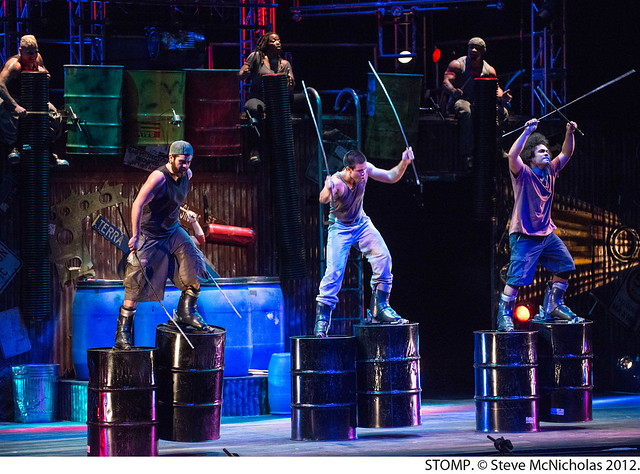 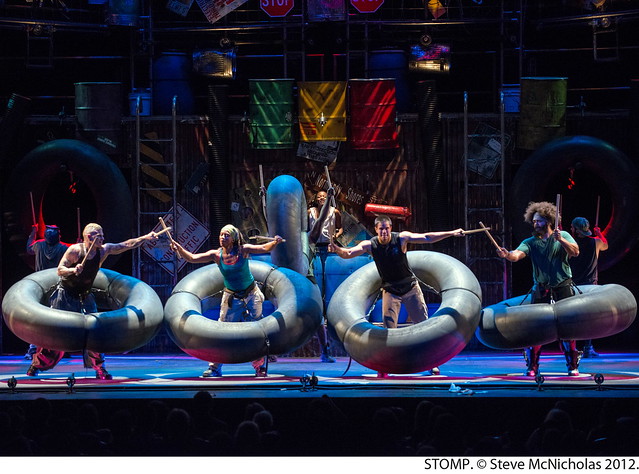 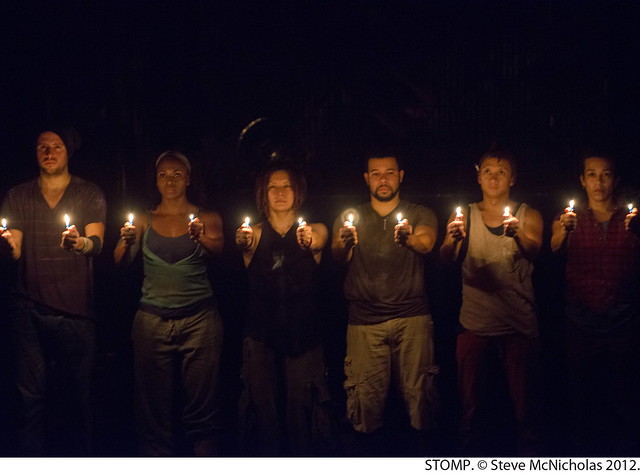 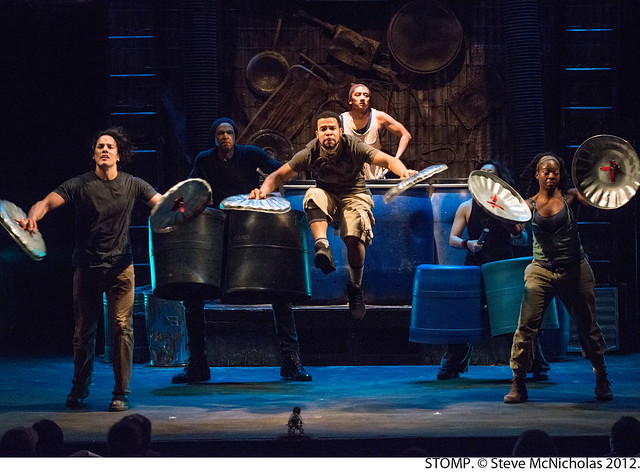 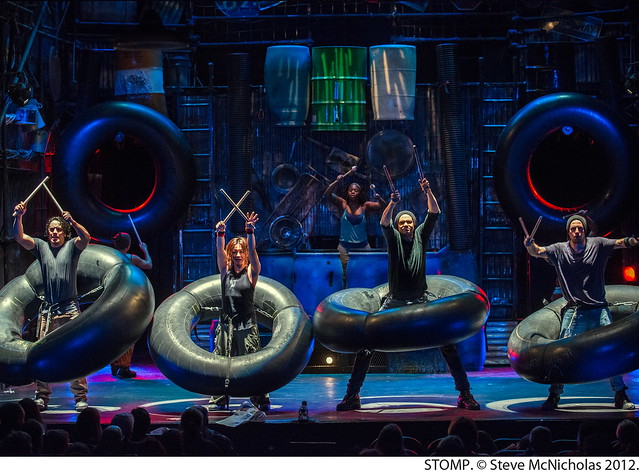