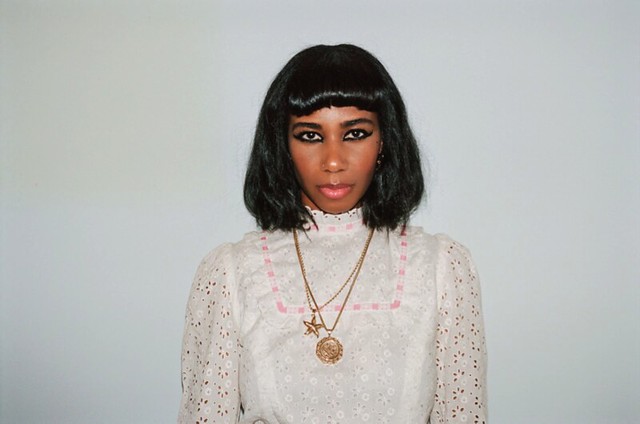 In commemoration of the recent 10th anniversary of her self-titled debut album, Santigold will come to The Fillmore Silver Spring on Monday, May 6, on her 10 Years Golder Tour. She’ll perform her debut album in its entirety, along with songs from throughout her career, including off her latest mixtape-style album I Don’t Want: The Gold Fire Sessions.

Upon its vinyl release on Record Store Day 2019, I Don’t Want climbed to number one on the Billboard Reggae Album chart. Recorded with Mixpak Records producer Dre Skull, the album is “a loose and spontaneous project, a snapshot of the infectious energy of the sessions with Dre Skull,” according to a press release.

“The Gold Fire Sessions summons the ghosts of dancehall hits,” said Pitchfork. “From the start of her career, all the way back to her 2000s Philly-based punk band Stiffed, dancehall, grime, and ska influences have always gilded Santigold’s releases. Santigold doesn’t sound like her peers, her peers probably sound like Santigold.”

Listen to “A Perfect Life,” which, according to Pitchfork, “throws back to the ’80s nostalgia of Brat Pack-era pop soundtracks”:

“She never fakes a Jamaican accent. Instead, she lets her voice float over the lithe, sticky beats,” said Stereogum. “The Gold Fire Sessions combines Santigold’s musical past with a passion for spontaneous experimentation. It plays like a distillation of joy… to suggest that Santigold created The Gold Fire Sessions much like she created herself: without borders or rules or walls,” concluded Pitchfork.

In the 10 years since her debut, Santi has proven to be one of the most eclectic artists of her generation, having collaborated with musicians such as Jay Z, Beastie Boys, David Byrne, Diplo, Devo, Pharrell, Amadou & Mariam, and MIA, and written for Lily Allen, Wu-Tang Clan’s Gza, and Christina Aguilera.