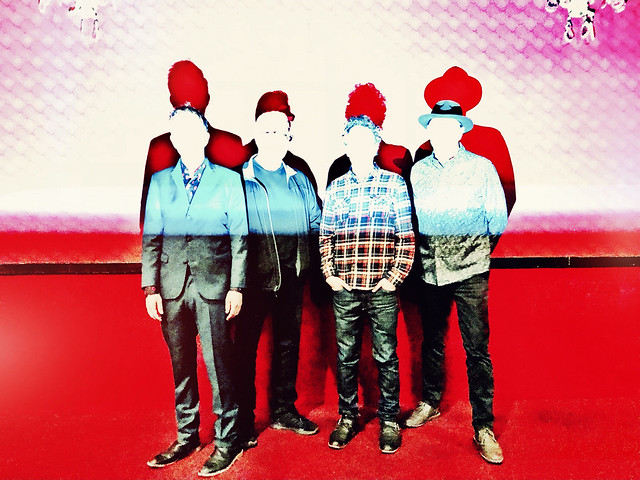 From their beginning in a Los Angeles basement in 1981, The Dream Syndicate’s neo-psychedelic sound has been wildly influential in the indie-rock scene and most notably the Paisley Underground. The band will perform at U Street Music Hall on Friday, May 10, in support of their sixth studio album, These Times (which drops *this* Friday via Anti-Records).

Said the Los Angeles Times, “A seminal force in the city’s ’80s underground rock evolution,” The Dream Syndicate “rocked with the highest degree of unbridled passion and conviction.”

Founding band member and lead singer Steve Wynn wrote all of the lyrics to songs on These Times, the band’s second album of new music since their 2012 reunion nearly 30 years after they first influenced the Paisley Underground scene.

Watch the official music video for “Black Light” by The Dream Syndicate on YouTube:

“When I was writing the songs for the new album, I was pretty obsessed with Donuts by J-Dilla,” Steve explained in a press release. “I loved the way that he approached record making as a DJ, a crate-digger, a music fan wanting to lay out all of his favorite music, twist and turn the results until he made them into his own. I was messing around with step sequencers, drum machines, loops — anything to take me out of my usual way of writing and try to feel as though I was working on a compilation rather than ‘more of the same.’”