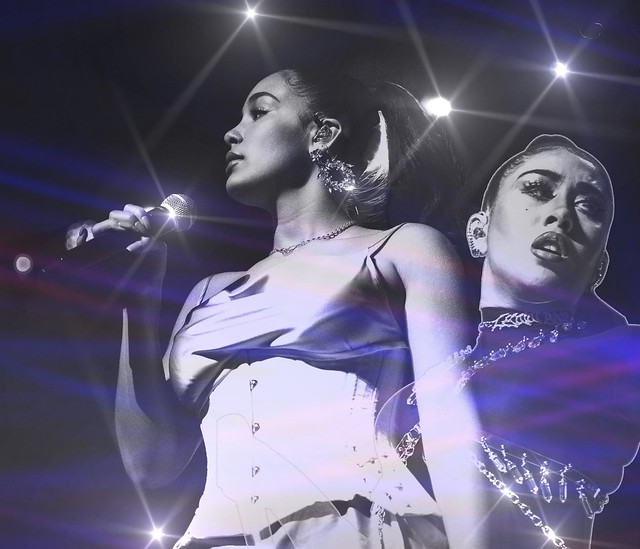 Jorja Smith and Kali Uchis perform at The Anthem on April 28, 2019. (Photo by Brenda Reyes)

I had the great honor of covering Kali Uchis and Jorja Smith last year in 2018 (check those posts out by clicking on the artists’ names). When it was announced that they would tour jointly together, I thought ” What a perfect pair!” Luckily, the tour started in Kali’s hometown recently, and we were in for a treat from both ladies in a sold-out show at The Anthem.

Jorja started off her set “Teenage Fantasy.” Her blend of R&B, pop, and soul jumped right at you. The crowd was infatuated by her presence, and she couldn’t help by smile from ear to ear. Soon, she performed “Lost and Found,” a beautiful record of self-discovery for Jorja.

In Jorja’s music, she continuously finds herself through young love, self-love, and heartbreaks. “Goodbyes” was great example of her losing that special relationship — but it’s okay for she has accepted that her love will not comeback.  “Lifeboats” was Jorja’ s interpretation of “All Falls Down” by Kanye West — with the same message. She drew inspiration from Kanye’s second verse of the idea that people who have immense power seem not to help, but she will try even through her own self-discovery path.

Here are some photos of Jorja Smith performing at The Anthem on April 28, 2019. All photos copyright and courtesy of Brenda Reyes. 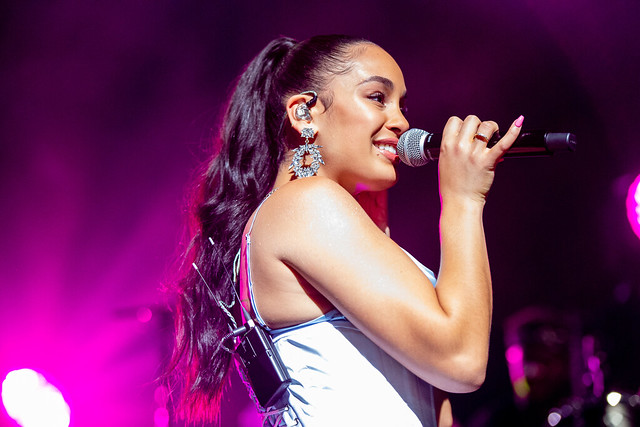 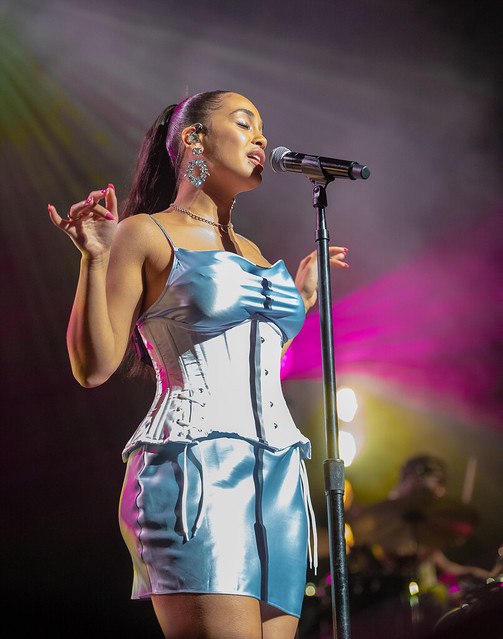 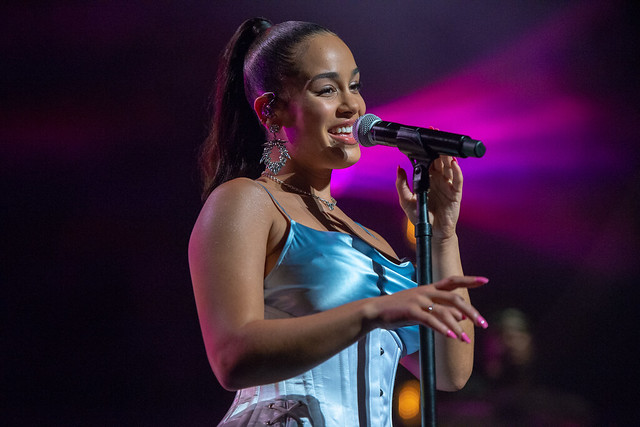 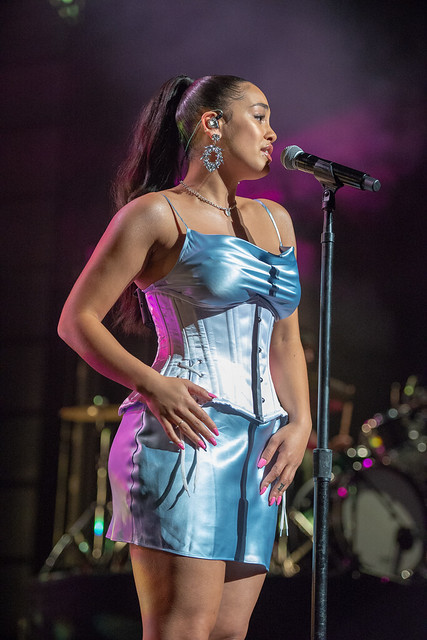 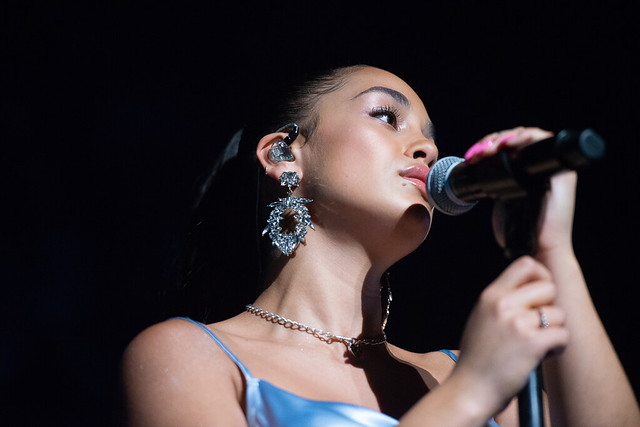 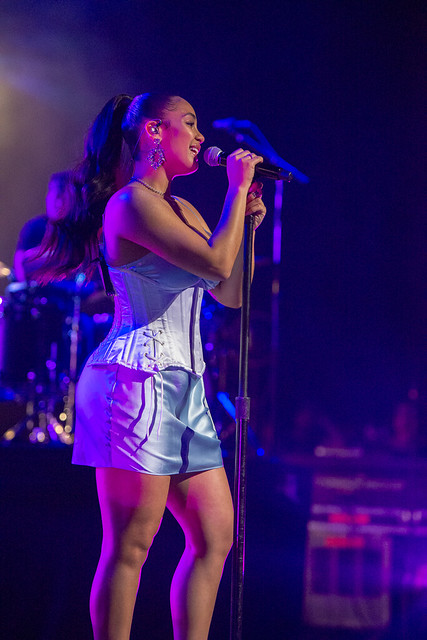 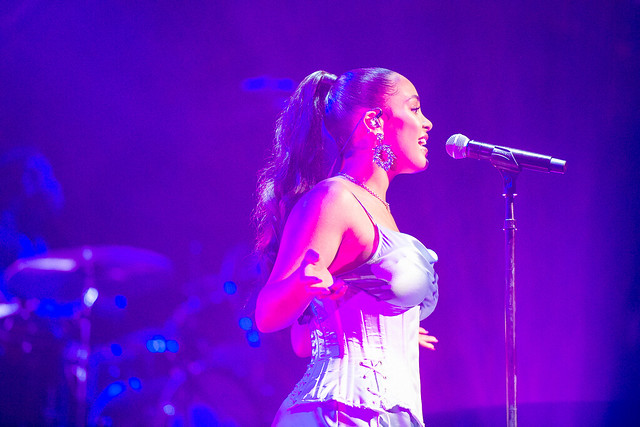 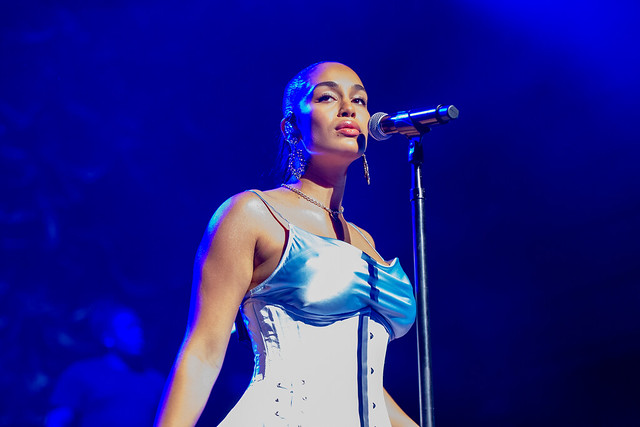 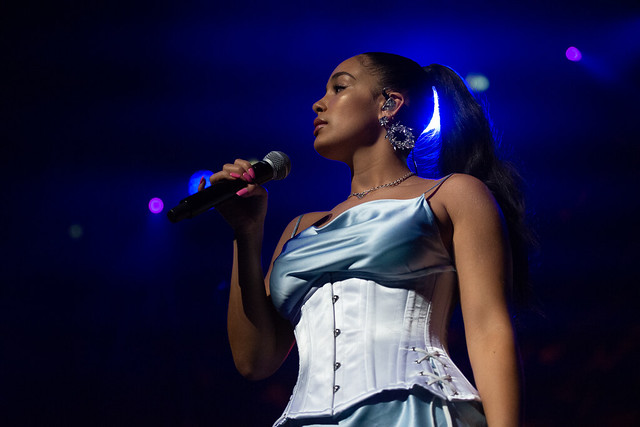 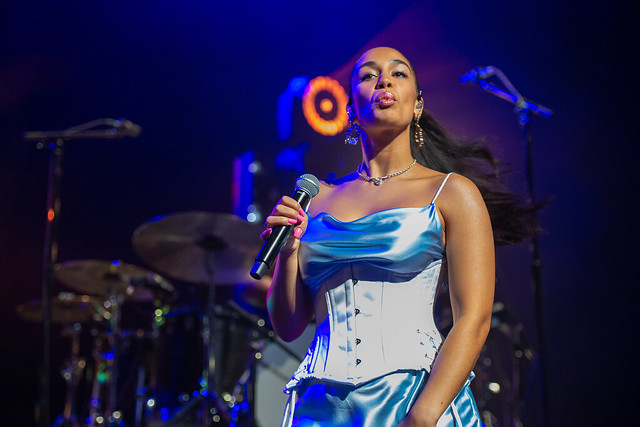 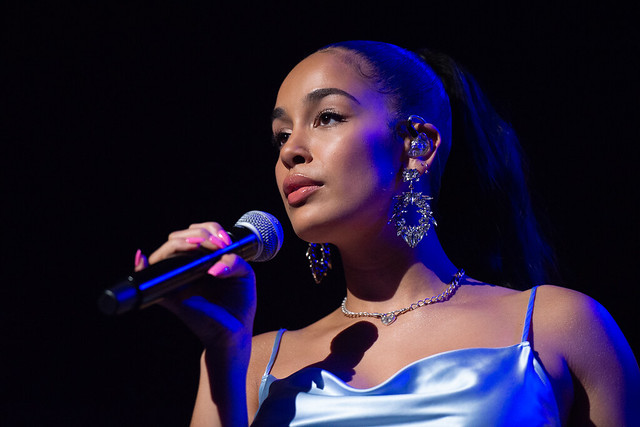 After a quick intermission, it was time for Kali to take the stage. She came up from a tier-style platform, and the crowd went insane. She performed “Dead to Me” and “Just a Stranger” to open and those songs definitely set the mood for the rest of the set. She sang singles from her Por Vida EP and almost all of Isolation album.

One of my favorite parts of the show were her covers — “Pobre Diabla” by Don Omar and “Creep” by Radiohead.” Both are iconic songs in their own way. Don Omar’s reggaeton song, where the original has a speedy bachata tempo, was slowed down to an incredibly sultry rendition. Kali kept the essence of the Radiohead song, but it was modified perfectly into soft ballad.

In the encore, we finally were able to see both Jorja and Kali on stage together. They covered “Bills, Bills, Bills” by Destiny’s Child!  It was an unbelievable moment, witnessing “Tyrant” at its full potential with both ladies singing their verses live on stage. Both were super adorable in concert. Before we knew it, the show had come to an end, leaving us wanting more.

You can see the Kali Uchis x Jorja Smith Tour next in New York at The Hulu Theater in  Madison Square Garden on May 3 — it continues until May 30 in Toronto.

Here are some photos of Kali Uchis performing at The Anthem on April 28, 2019. All photos copyright and courtesy of Brenda Reyes. 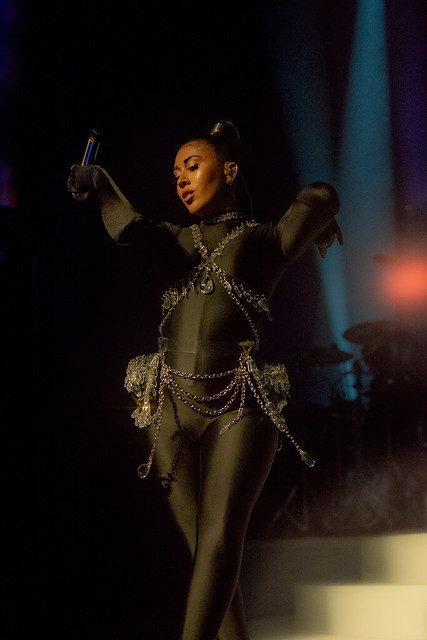 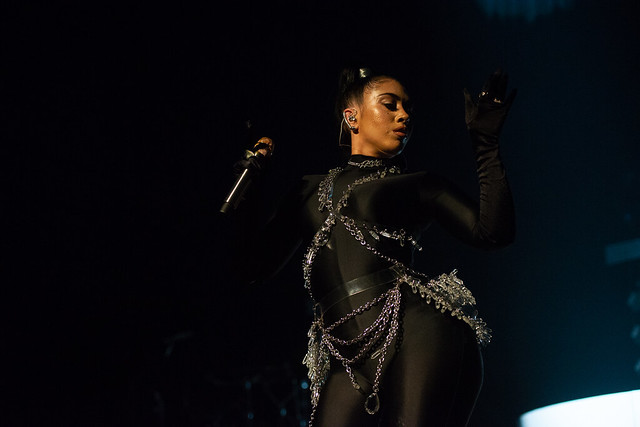 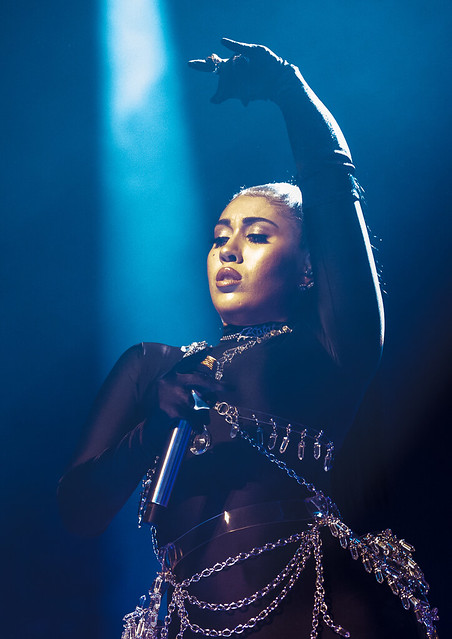 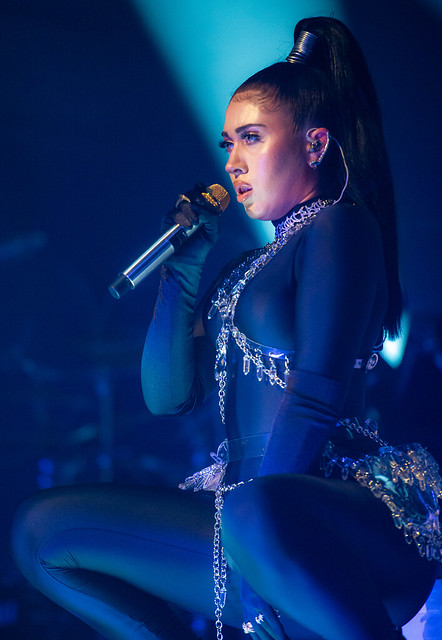 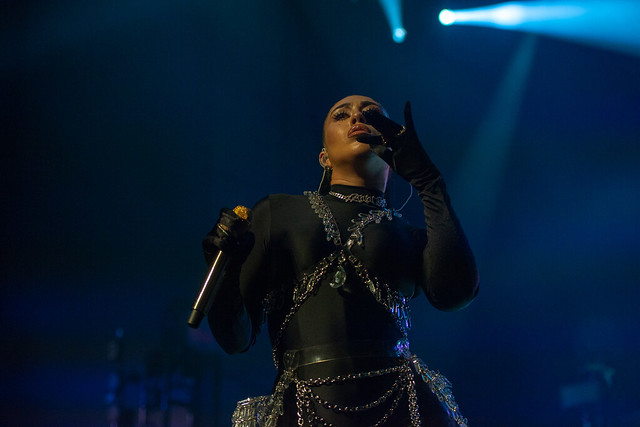 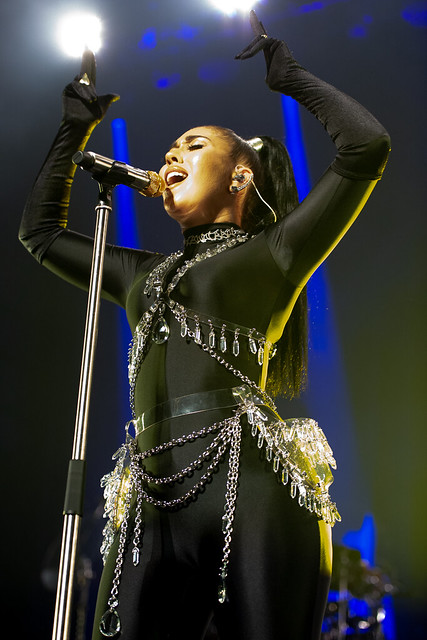 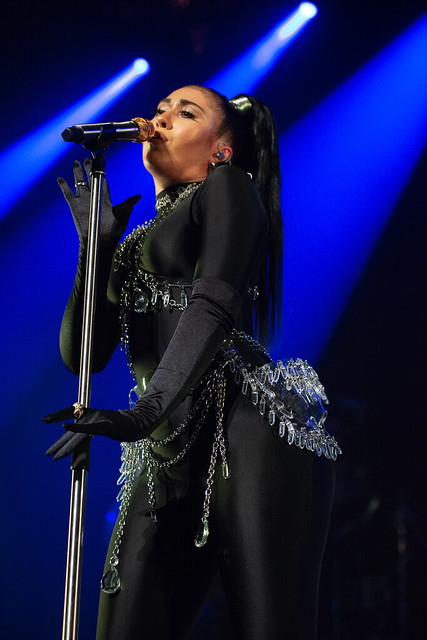 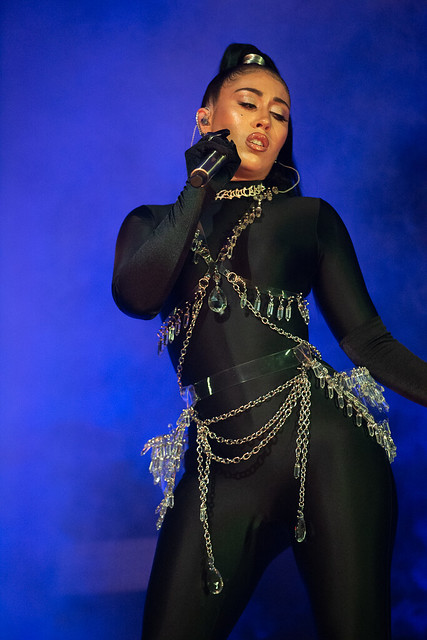 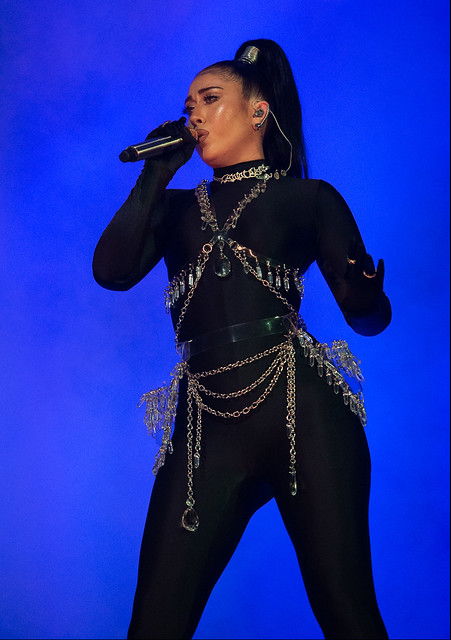 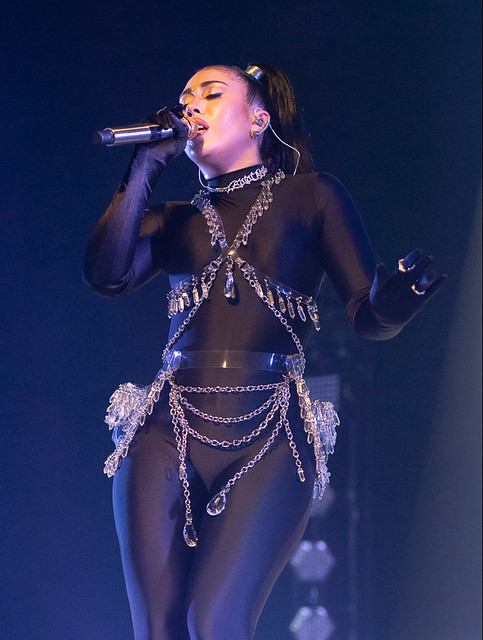