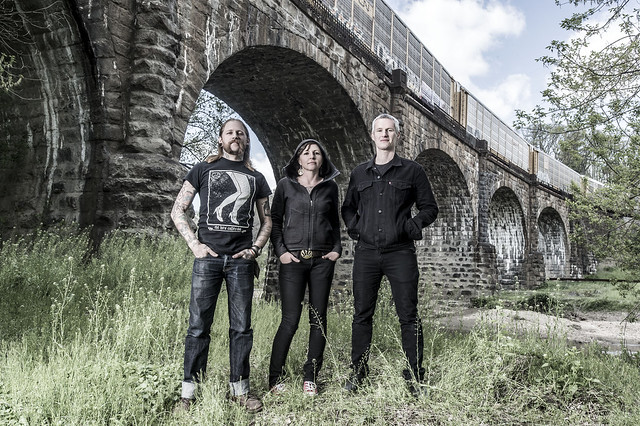 Bluegrass trio The Devil Makes Three released Chains Are Broken, their sixth studio album, via New West Records last year, and the California band are on tour with a stop at 9:30 Club on Saturday, May 11.

Said guitarist Pete Bernhard, “I always want our songs to unfold like short stories. You could think of them as chapters of a book. This was a much more personal album about what it takes to be a writer of any kind — and what you have to do to make your dream possible. It was really the headspace I was in. It might have something to do with getting older. You start reflecting on life and the people around you. I was doing that in these songs. That’s what makes the record more personal. I’m pulling from these things.”

In a review for PopMatters, Chris Conaton applauded The Devil Makes Three’s embrace of drums.

“Pete Bernhard’s singing and songwriting are as sharp as ever, with the off-kilter juxtaposition of early 20th-century music and 21st-century point of view. But something gives the songs a little extra pop, making it feel less old-timey than usual. Then I figured it out: the band is using a full-time drummer on this record. Stephen Amidon is their touring drummer, and he plays with the band throughout Chains Are Broken. He isn’t an official member yet, but his impact is felt,” Chris wrote.