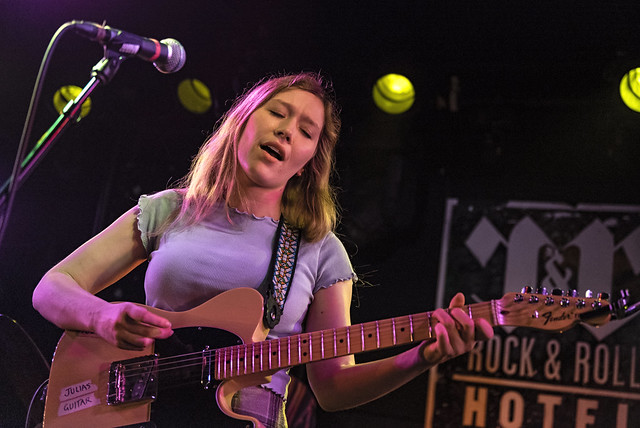 Julia Jacklin performs at the Rock and Roll Hotel on April 30, 2019. (Photo by David LaMason)

As in America, vast spaces and haunting, uninhabited vistas define the face of the Australian continent. Perhaps it lies in the nation’s geography and its history of colonization, a pioneer spirit shared with the United States, that explains the disproportionate thriving of country music half a world away from its Appalachian and Delta roots. Broad enough to encompass the country pop of Keith Urban and the Americana of Kasey Chambers, it also includes the singer-songwriter oriented, confessional alternative country rock of Julia Jacklin, who brought her music to Rock and Roll Hotel recently.

Last September, fellow Parklife blogger David LaMason and I saw Julia Jacklin when she opened for First Aid Kit at the Anthem. David had seen her before that — I had not. She performed solo that night, and she really impressed us. Then, this February, Julia released a new album, Crushing. The album received rave reviews, and it deals largely with concerns about the female body as an object of gaze, touch, and affection.

Originally, Julia was slated to play DC9, but the show was moved to the larger Rock and Roll Hotel. Julia sold out the larger space, packing it solid; I am not prone to claustrophobia, but I experienced it on Tuesday night! I have attended sold-out shows at standing room venues, but none of them felt as tight. Once the crowd filled in, we were locked in place like jigsaw puzzle pieces. During intermission, the cacophony of voices sounded like a waterfall.

Compared to the ferocity of opening act Black Belt Eagle Scout, many of Julia’s songs came off as decidedly low-key on April 30. Julia described her sound as “folk,” and that would certainly apply to to songs like the opener, “Body.” A breakup song, it alludes to the fear that many women have that their former partners will use their bodies against them by releasing intimate pictures they have shared. “Motherland,” with its refrain of “will I ever see the land,” may be the purest expression of Julia’s folk leanings.

A lot of Julia’s songwriting deals with anxieties. The tape on her guitar, which read “you can do it,” may indicate that Julia deals with nervousness about her performance. In “Eastwick,” she continued the themes established with “Body,” singing about her fears related to the exposure of her appearance. As an artist performing in front of crowds on an almost daily basis, her fears must only be magnified by the reality that her appearance is constantly being scrutinized. Anxiety is a difficult emotion to overcome, and it’s extremely difficult to overcome it when it’s based on rational beliefs.

As Julia began to play “Don’t Know How to Keep Loving You,” Julia’s guitar string broke. While the string was replaced, she sang the dirge-like “When the Family Flies In,” about when things really get bad. She followed that with the title cut of her of first album, Don’t Let the Kids Win, a beautiful portrait of family relationships. She also took time to introduce her band, who all hail from Canada. About the broken string, Julia seemed a bit flustered; this almost never happens, she said, because the type of music she plays doesn’t stress the guitar strings that much. After her guitar string was replaced, the band came back around to playing “Don’t Know How to Keep Loving You.”

Country-rock only makes up a part of what Julia does. She also writes more jangly, pop-inflected songs like “Leadlight” and “Turn Me Down.” Julia knows how to mix it up for a live crowd, too. “You Were Right,” perhaps her most rock song, allowed Julia’s band to flex their muscle, filling out the sound with shredding solos and powerful riffs that stretched the song past its 2:22 on the album. This came as a bit of a left turn and a pleasant change toward the end of Julia’s set.

In “Good Guy,” Julia revealed her need to hear words of love and affection at times, even if they’re not sincere. She sang, “I don’t care for the truth when I’m lonely.” Julia described “Pool Party” as a song about “sadness” and “Girl Guides,” the Australian equivalent of Girl Scouts. Returning to subjects dealt with earlier in her set, she declared on “Head Alone” that “You can love somebody without using your hands.”

Julia finished her set with crowd-favorite “Pressure to Party.” The applause for her was quite overwhelming in the confined space. For her encore, she played “Comfort” solo, capping off a terrific night of great songs.

Here are some pictures of Julia Jacklin performing at the Rock and Roll Hotel on April 30, 2019. All photos copyright and courtesy of David LaMason. 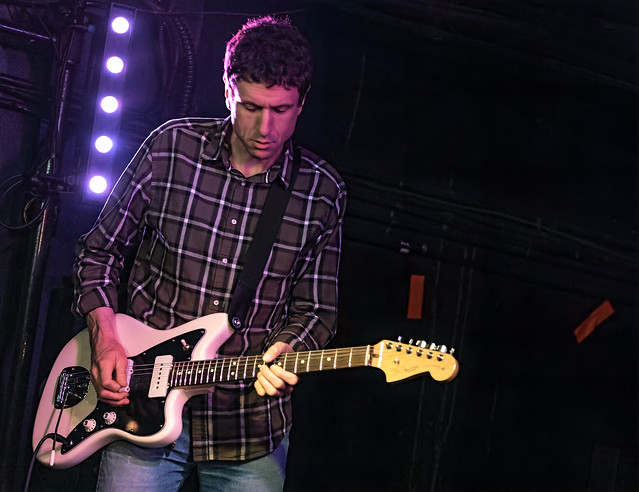 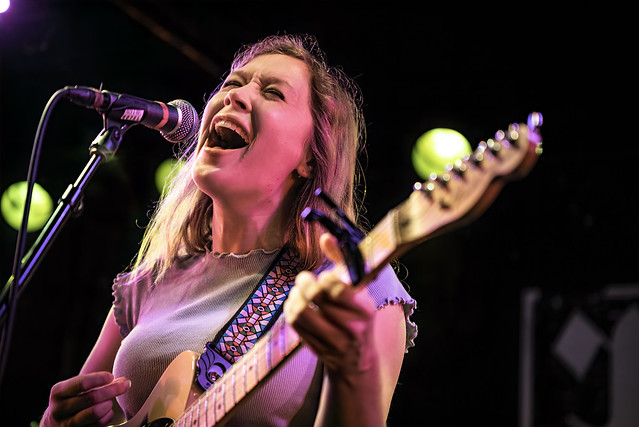 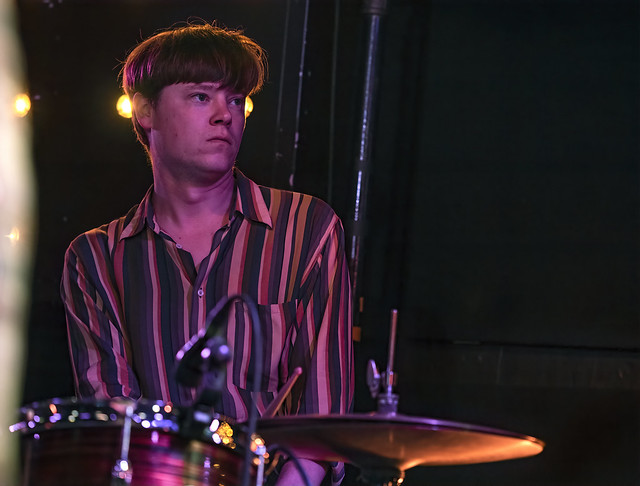 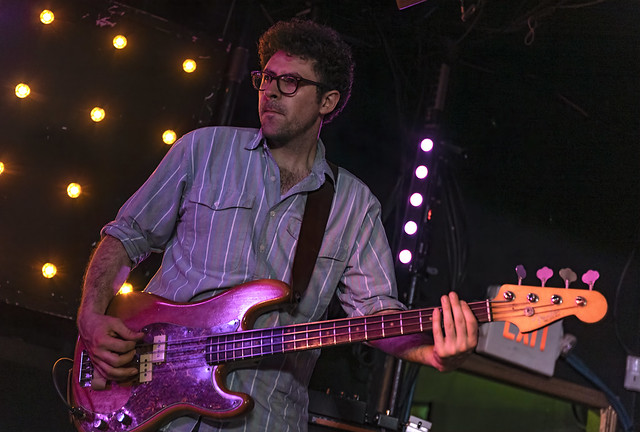 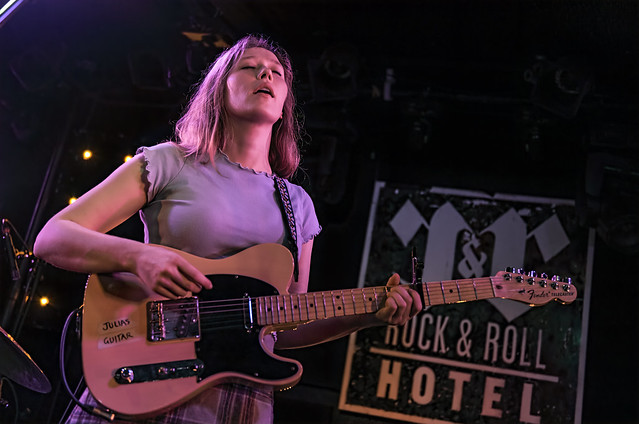 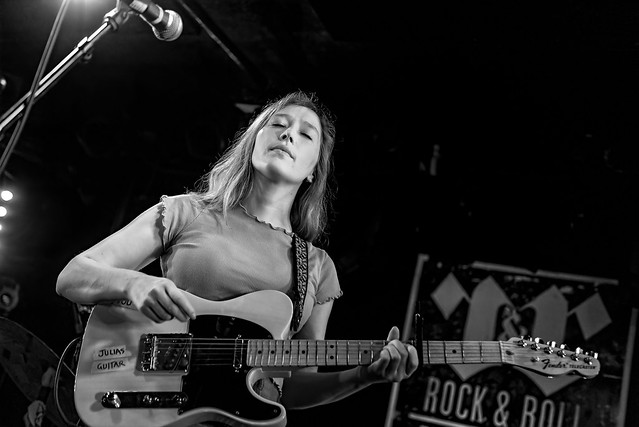 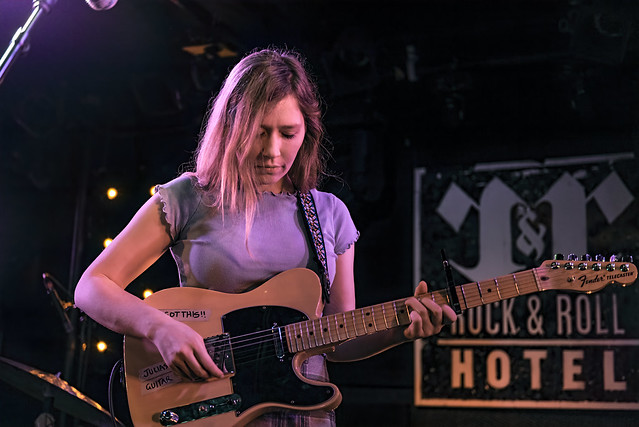 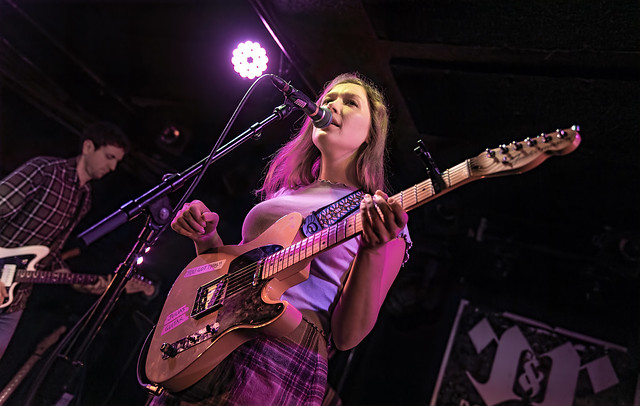 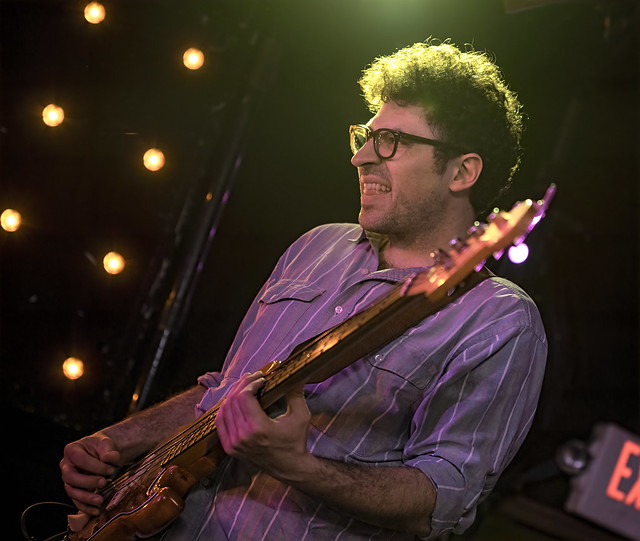 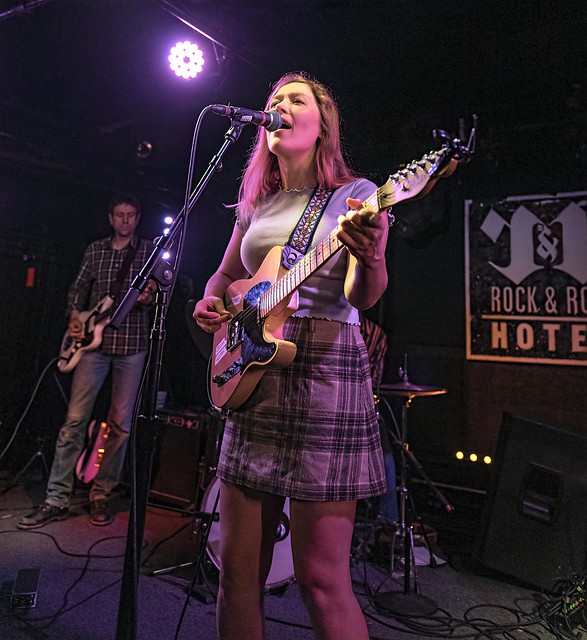 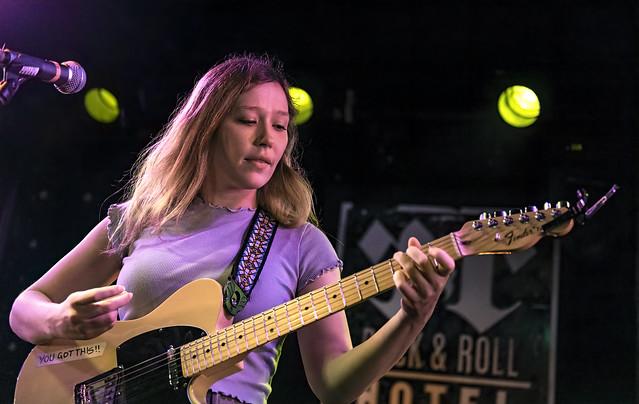 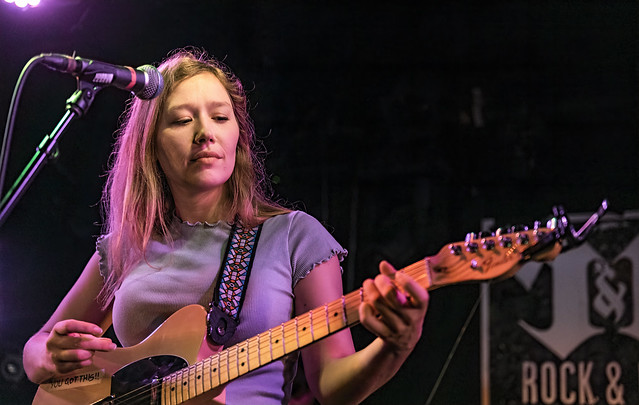 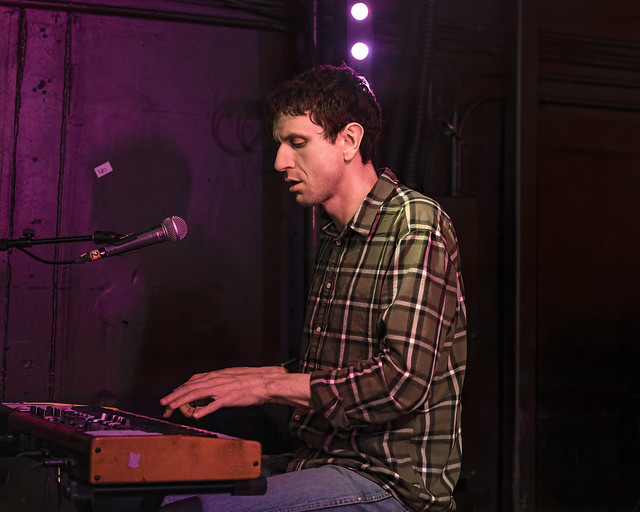 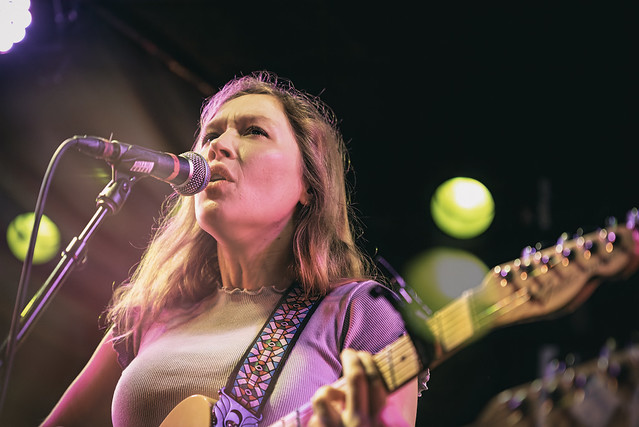