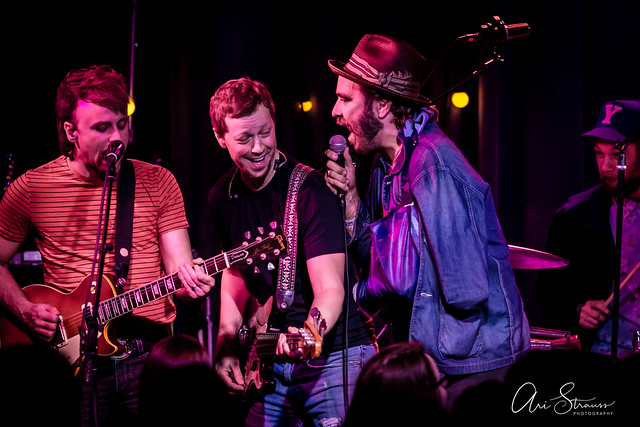 Red Wanting Blue performs at Gypsy Sally’s on May 4, 2019. (Photo by Ari Strauss)

Red Wanting Blue fan were treated to a fantastic 90-minute set at Gypsy Sally’s over the weekend, but it was a performance that almost didn’t happen.

About an hour before the doors opened to the cozy Georgetown music venue, RWB frontman Scott Terry was very busy hanging black draping and string lights to give the stage a signature Red Wanting Blue vibe. While standing on what he termed, “a janky chair,” Scott reached to hang a light and slipped. He put his hands out to break his fall but ended up breaking his left arm instead.

Scott and RWB drummer Dean Anshutz rushed off to the hospital and left the rest of the band behind to finish setting up. When local DC band Run Come See took the stage at 8pm to perform the opening set, nothing was announced to the crowd, but backstage no one was sure a headline set was going to happen. Run Come See completed their 45-minute set — and still no Scott and Dean.

Fortunately, Canadian hard rock band The Trews were co-headlining the evening and they were next up. They took the stage shortly after 9pm and shortly thereafter, Dean and Scott, with his arm in a sling, arrived back at the venue, ready for their set which began around 11:15pm.

Anyone who’s seen Red Wanting Blue live knows Scott has a very intense stage presence when he sings. Despite being on pain killers and his arm restrained in a cast and a sling, he hardly missed a beat and sang with all the intensity one would expect from him. It wasn’t until after the third or fourth song that he took a pause to let the crowd in on what happened to his arm. He talked about falling off the “janky chair” and rushing to the hospital to find out he broke his arm. He said while the doctor was setting his arm in a cast, he asked how long it would take to be discharged so he could get back to the venue.

Everyone in the crowd cheered but Dean, who was at the hospital with Scott, couldn’t let the story end on that note. He came out from behind the drum kit and took the mic from Scott and told the crowd that he and Scott asked the doctor how complicated the break was. The doctor told them the type of break Scott suffered is actually quite common. He said they see it most frequently with elderly female patients.

Scott muscled through the show quite admirably. Very few adjustments were made to accommodate his broken arm. Scott asked a member of the audience to hold his book light while he sung “My Name Is Death.” The song, which features Scott along on vocals with a simple acoustic guitar backing, is typically sung with the stage lights all the way down with the book light providing the only illumination. Scott also invited The Trews guitarist John-Angus MacDonald to the stage to fill in a guitar part Scott normally covers during “Younger Years.”

The show was running a little late by the end, so the band forewent the normal charade of leaving the stage and then coming back a few minutes later for an encore. Instead, Scott invited all the members of The Trews to join Red Wanting Blue on stage and they performed a double-band cover jam of “Champagne Supernova” by Oasis.

Founded as a college band at Ohio State University in 1996, the group has spent the past 23 years tirelessly touring the country, bringing its passionate, unforgettable act to about 200 stages a year.

The band’s most recent album, The Wanting, released in 2018 via Blue Elan Records.

Listen The Wanting by Red Wanting Blue on Spotify:

Enjoy some photos from Red Wanting Blue’s performance at Gypsy Sally’s on May 4, 2019. All images copyright and courtesy of Ari Strauss. 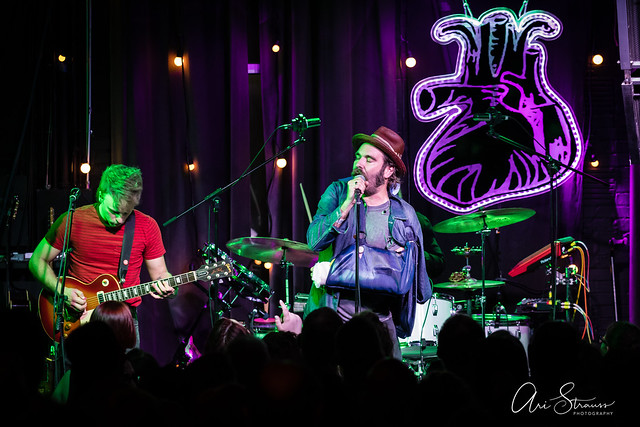 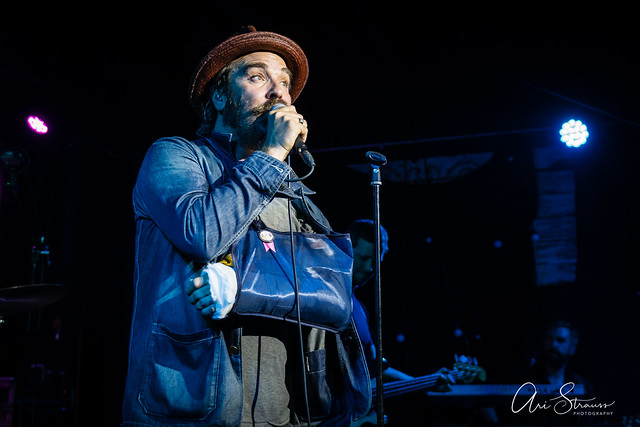 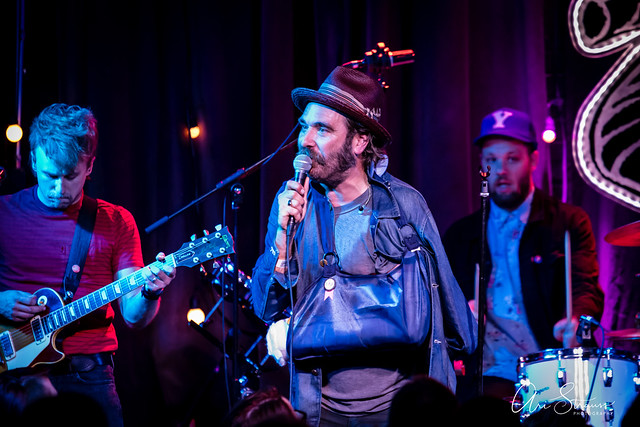 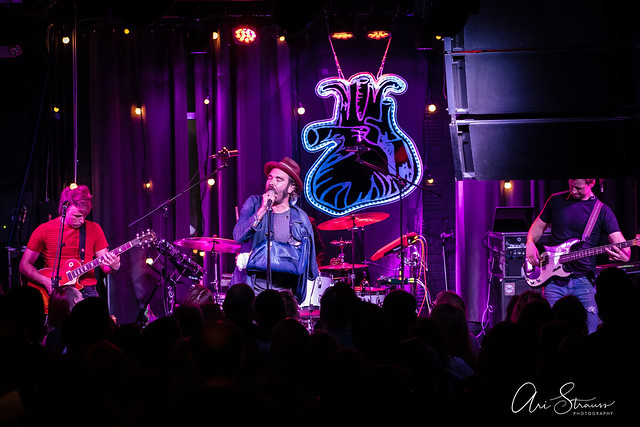 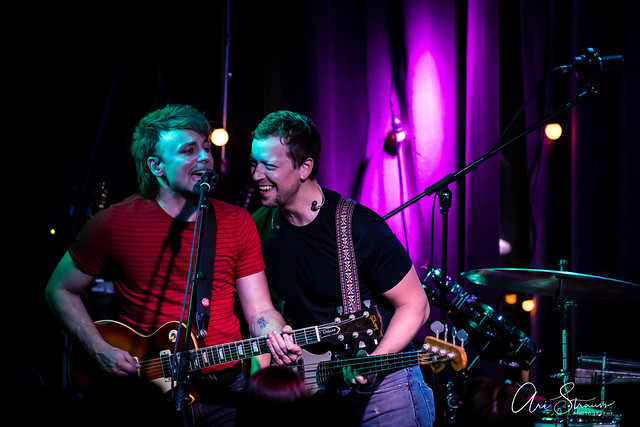 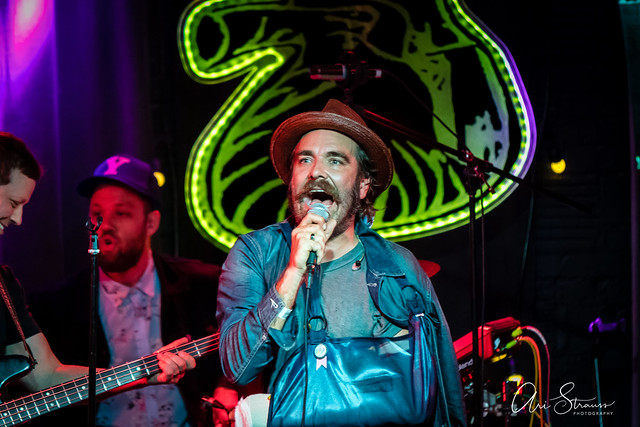 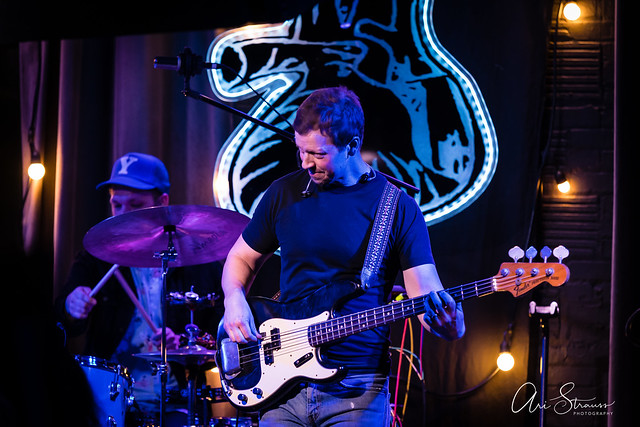 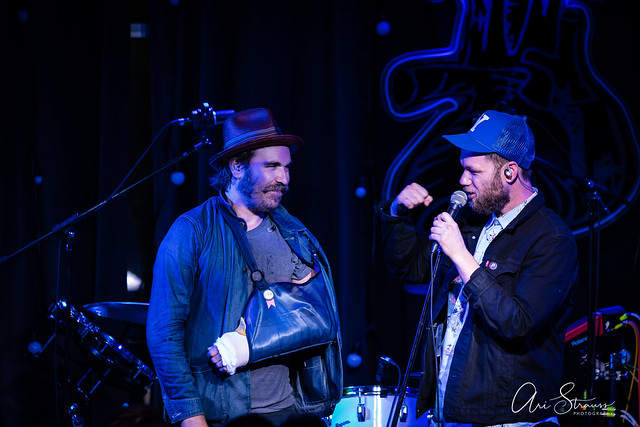 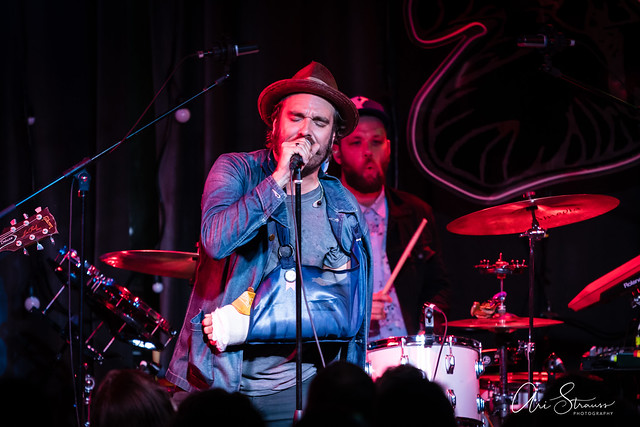 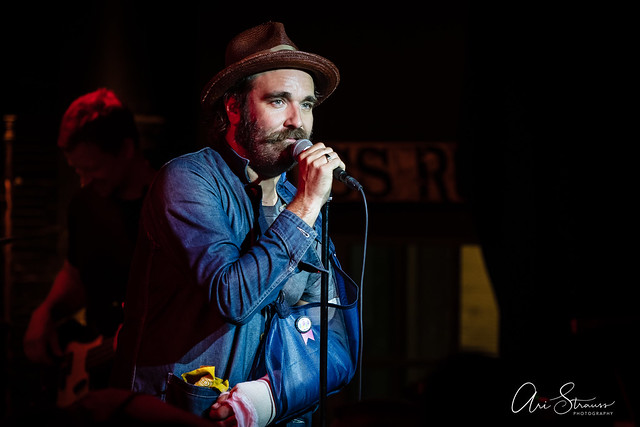 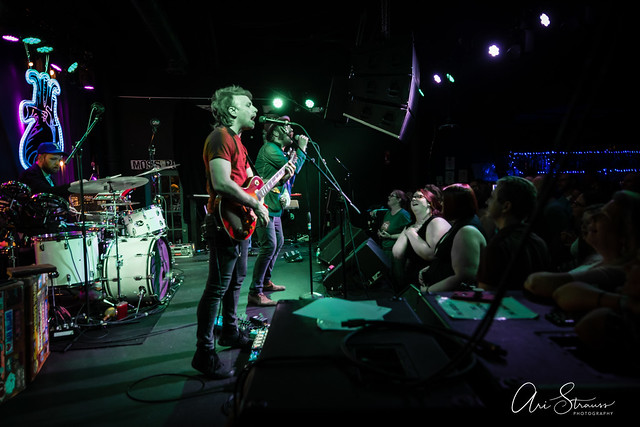 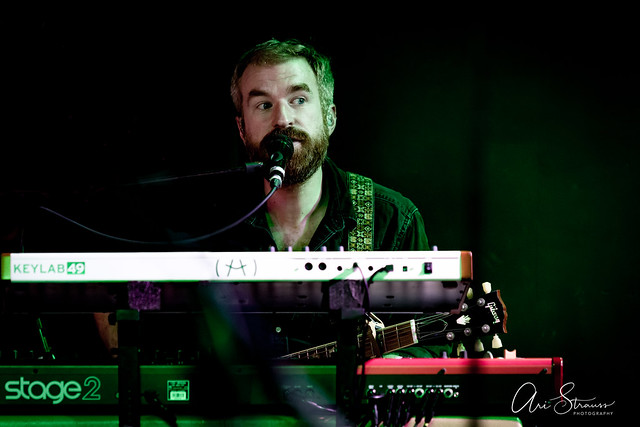 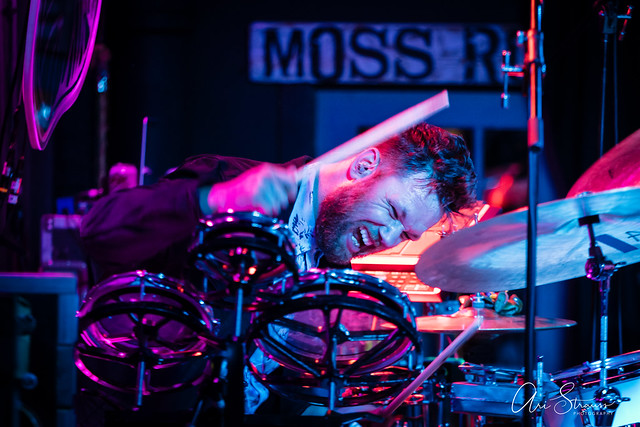 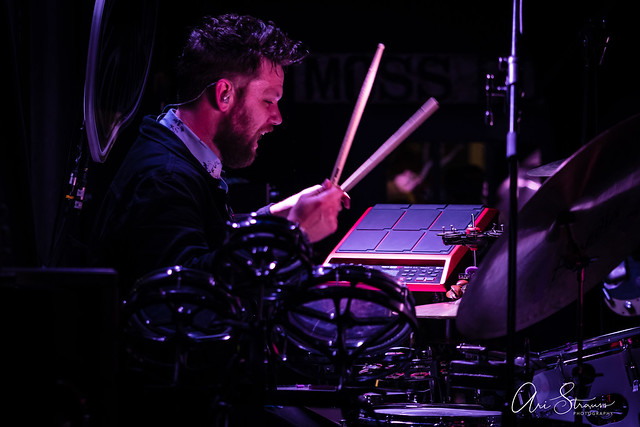 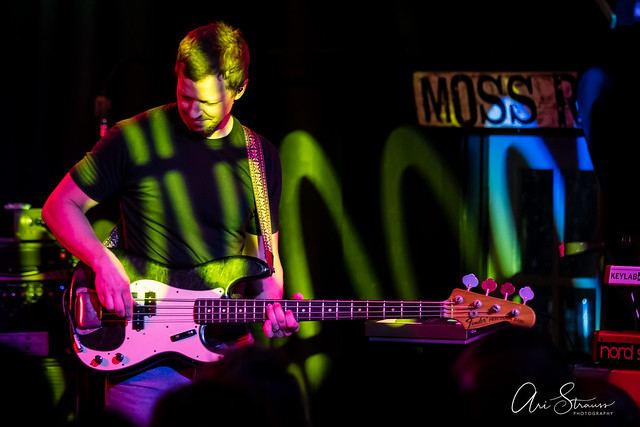 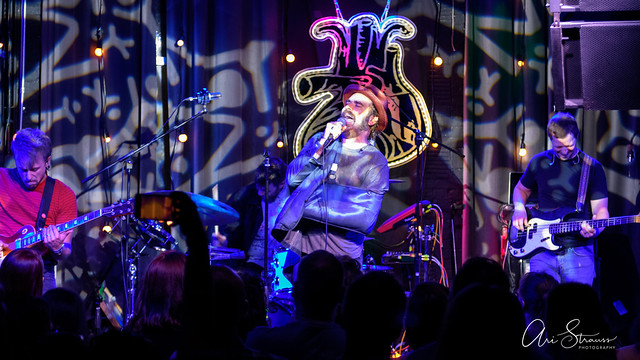 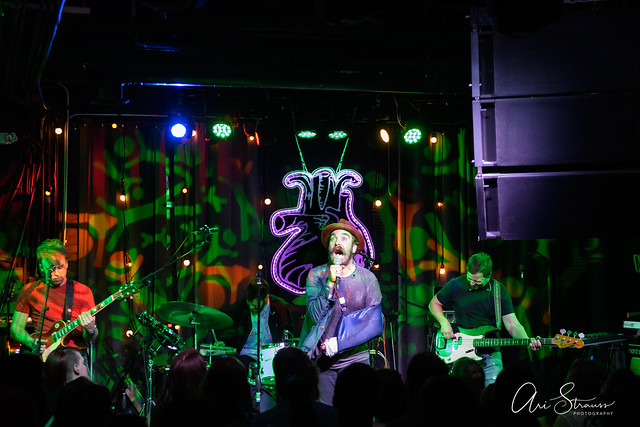 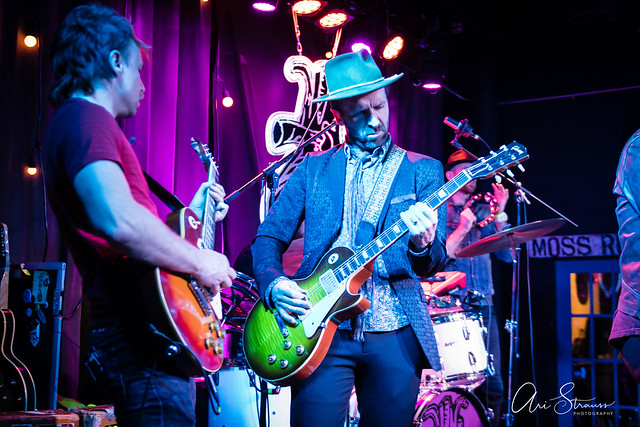 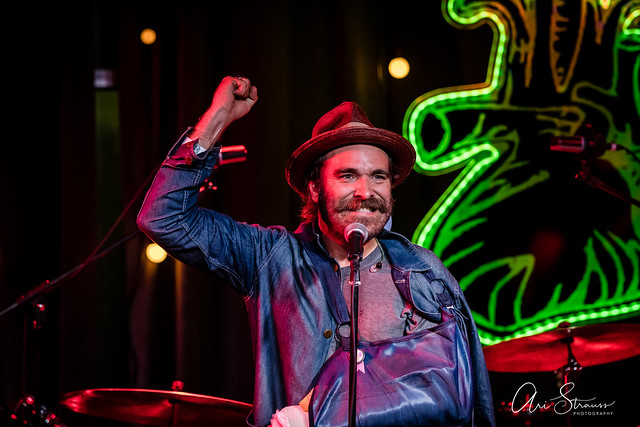