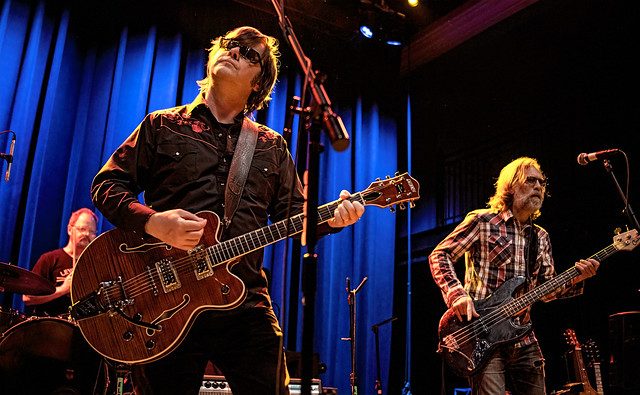 Son Volt and its leader, Jay Farrar, command enormous respect in the world of alt-country and Americana. The band’s unparalleled presence continued to make an impression at 9:30 Club recently.

When Robert Earl Keen and his band took the stage at The Birchmere in March, they did it to the accompaniment of Son Volt’s classic “Tear Stained Eye.” Jay founded Son Volt after breaking up the seminal alt-country band Uncle Tupelo, which he led along with Jeff Tweedy, who went on to form Wilco.

The magazine/journal of alt-country, originally representing an online message board, took its name from Uncle Tupelo’s cover of the Carter Family’s “No Depression.” Son Volt emerged in 1994 fully formed and startling mature, releasing Trace, one of the genre’s very best albums. They’ve since released several more wonderful albums: Okemah and the Melody of Riot, American Central Dust, and Honky Tonk might be the best of them. Without Jay Farrar and the calm, cool waters of his Midwestern vocals, Americana would look completely different.

Son Volt mixes alternative rock with a forlorn country sound. They vary this formula in different settings, often playing up the wistful lonesome elements on their albums and tearing down the house when they play live. They play loud, turning up their guitars and using sticks on the drums. Jay’s not one to chatter much between songs, preferring to keep his momentum going from song to song.

Earlier this year, Son Volt released the politically charged album Union, and they led with that material on May 5. “The 99” was an ode to the 99 percent. Jay came from a working-class background, and he has always been progressive, as can be heard on Uncle Tupelo songs like “Sauget Wind.”

“Lost Souls” and “Sinking Down” from the previous album, Notes of Blue, used alternate tuning. Jay threw in a classic country song, “Waterloo,” amped to the max. The keyboardist played an acoustic guitar lap style on “Union” and switched to pedal steel for “Reality Winner.” Before “Reality Winner,” Jay said that the song was based on a woman who was unjustly jailed, and it was a tragedy.

Son Volt covered a variety of material: “Medication” and “Bandages and Scars” from Okemah and the Melody of Riot; “Driving the View” and “Caryatid Easy” from their sophomore album, Wide Swing Tremolo. The highlight of the evening was the songs from Trace. “Drown” and “Route” were incredible rockers, while the closing the number, “Windfall,” was a magical distillation of alt-country. But no song affected me as much as “Tear Stained Eye,” which gave me chills. “Tear Stained Eye” lives in a place at the corner at the corner of alternative and high lonesome, intersecting with inspired, mythmaking lyrics:

Saint Genevieve can hold back the water
The saints don’t bother
With a tear stained eye.

Here are some pictures of Son Volt performing at 9:30 Club on May 5, 2019. All photos copyright and courtesy of David LaMason. 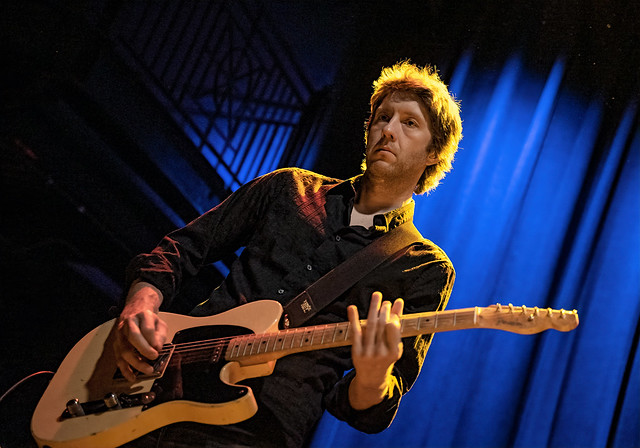 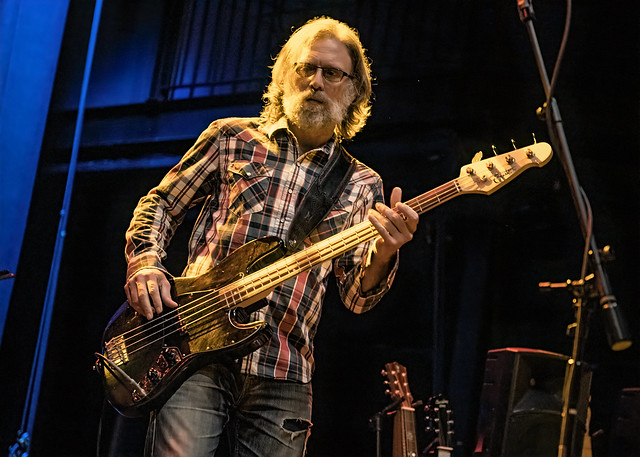 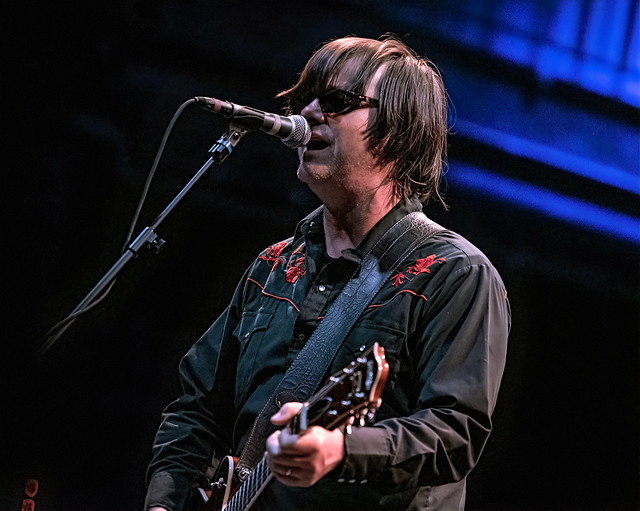 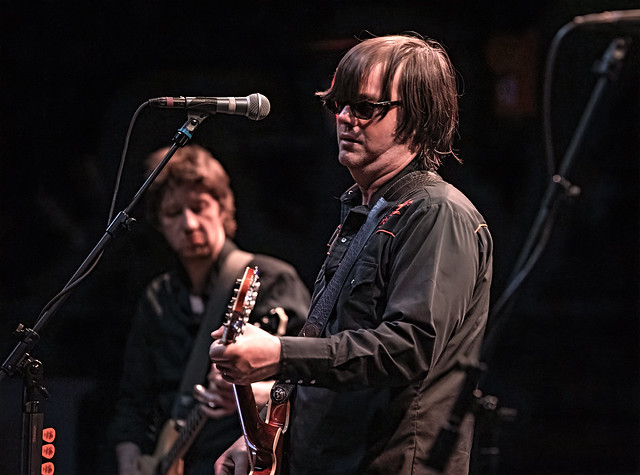 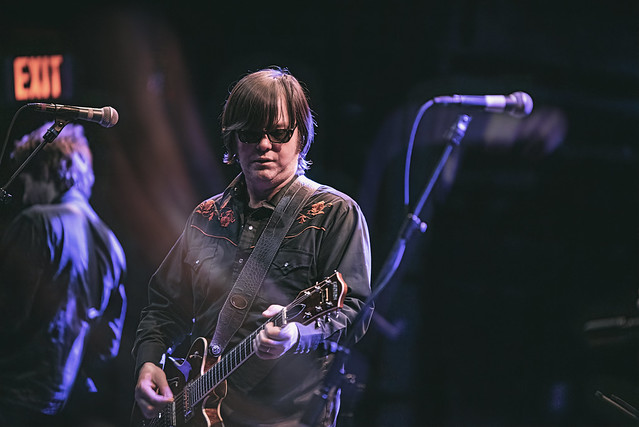 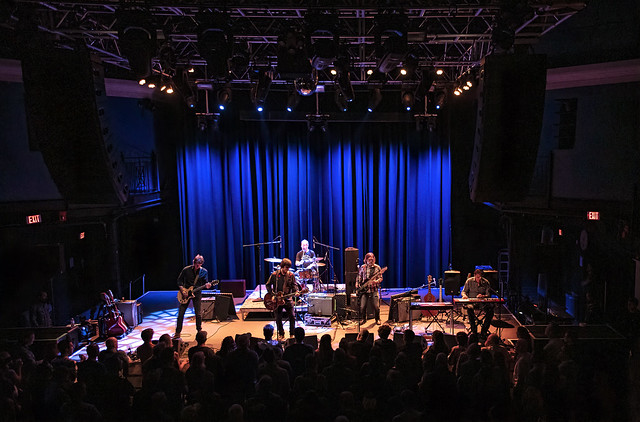 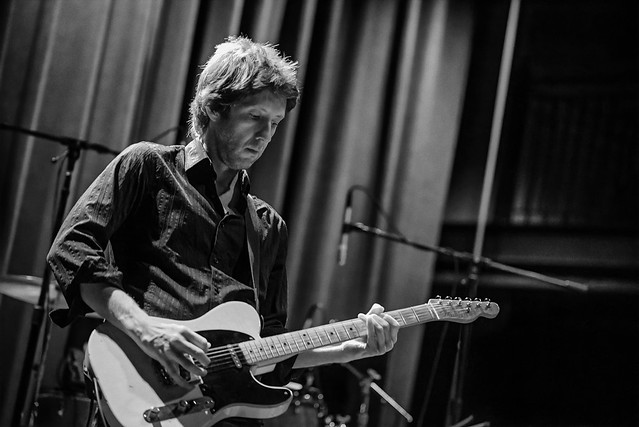 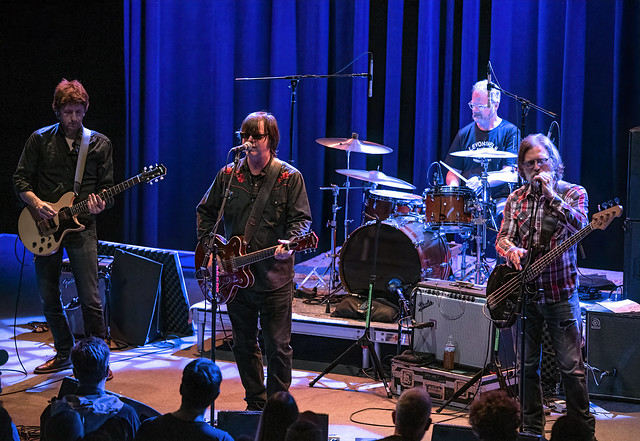 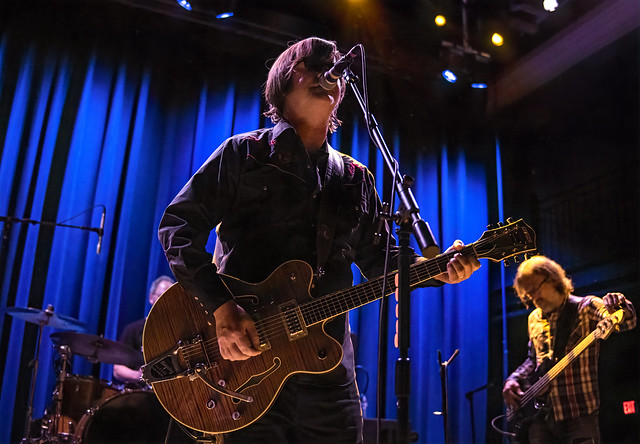 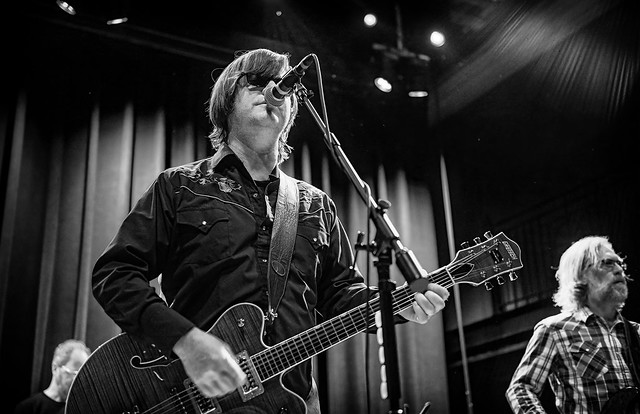 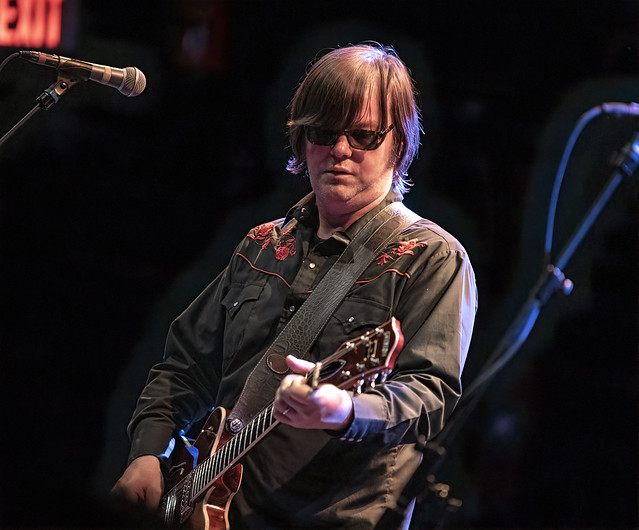 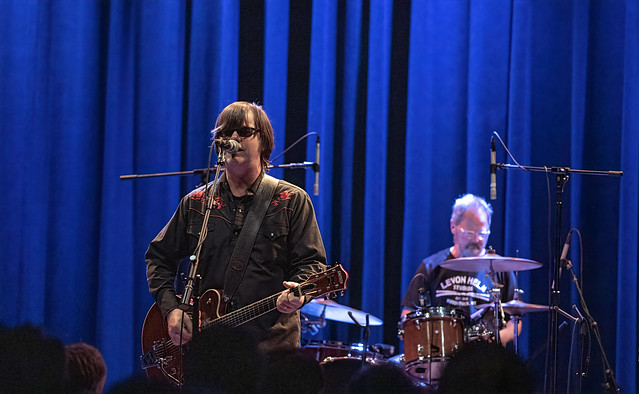 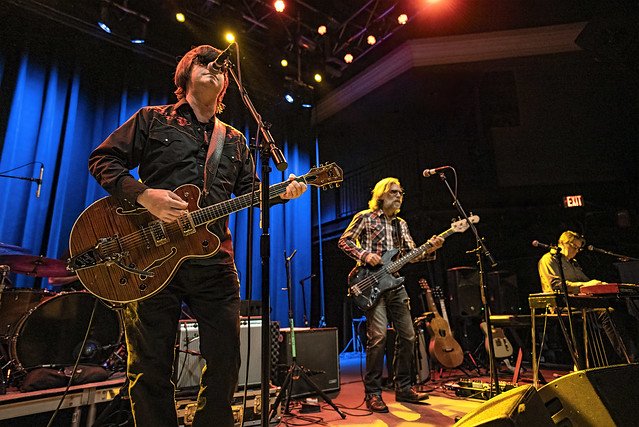 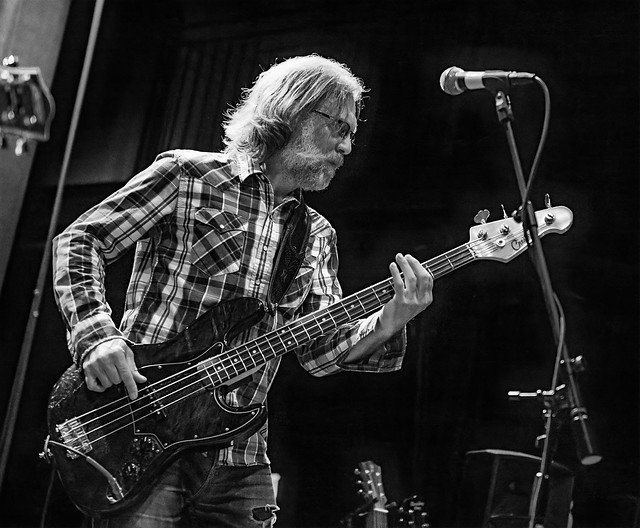 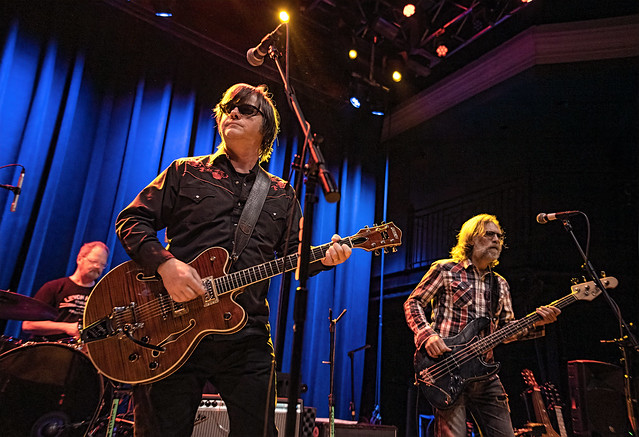 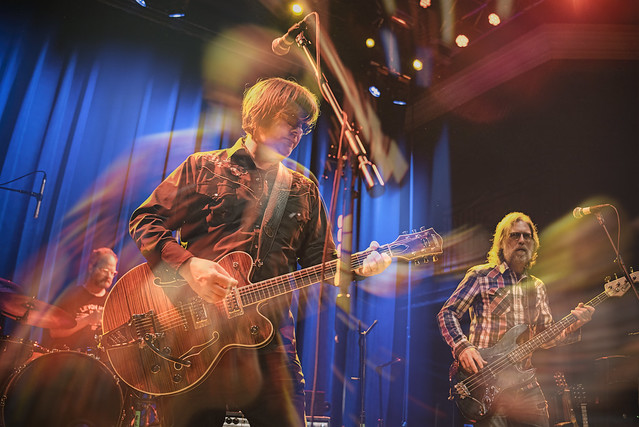 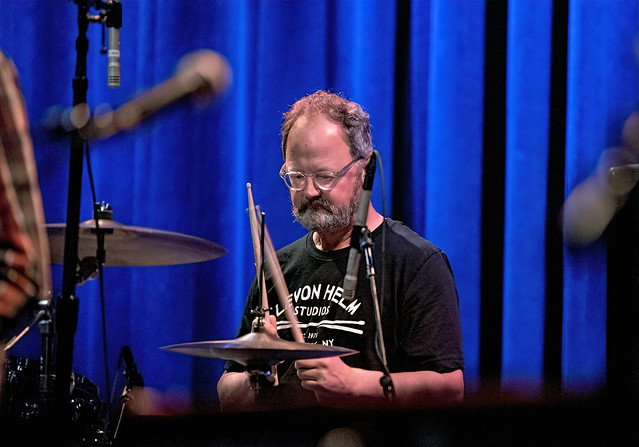