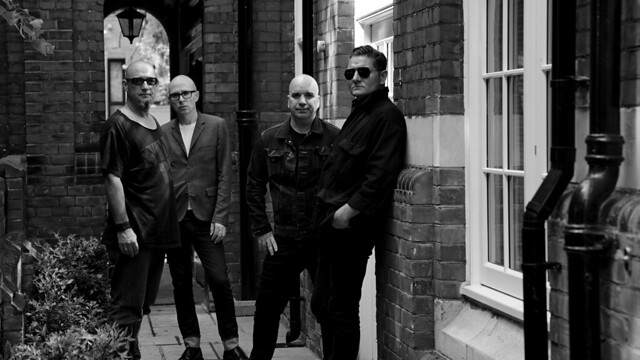 Bon Harris and Douglas McCarthy reformed Nitzer Ebb last year and announced a tour, which includes a stop at Baltimore Soundstage on Wednesday, May 15.

The tour follows the release of a box set including a 11LP colored vinyl edition and a 10LP black vinyl edition. The double-vinyl reissues consist of each of the group’s five albums for Geffen/Mute with additional bonus material. The box set does not include Industrial Complex, which the band says is readily available elsewhere.

Watch the official music video for “Murderous” by Nitzer Ebb:

“Awed teens and pre-teens who grew up listening to them — yes, I was one — were quick to zero in on the angry, even violent anti-authoritarianism of their lyrics, which was amplified by the sheer intensity of the music. McCarthy acknowledges that was part of their intent, but says the source of their dissent was much broader than just politics,” PopMatters said.

“This is the thing — we were teenagers when we started the band. And we were still anti-authoritarian, but the authority that we were anti wasn’t just necessarily governmental or high school teachers, but it was also the complacency as far as we saw it of the music scene, specifically in the UK. It was very much rock-orientated. It was a time of either very insipid pop music or very overblown rock. And the macho-ness of it all was something that we kicked against,” Douglas said.