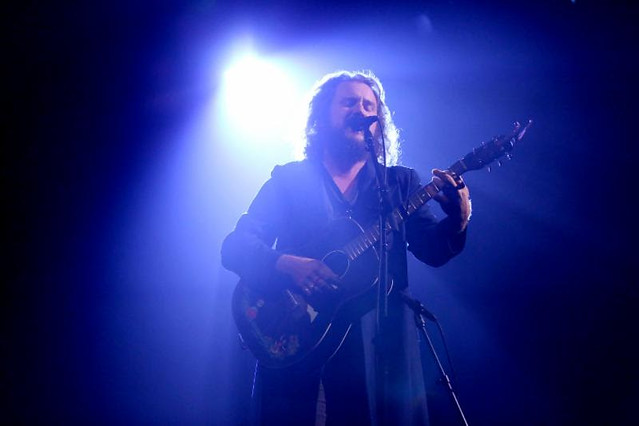 Jim James of My Morning Jacket takes his solo show to 9:30 Club for two nights on Friday, May 17, and Saturday, May 18 — the first night sold out but tickets remain for the second night. You can also still gain access to both nights with a two-night pass.

Dropping by on his Uniform Distortion Tour, Jim released a deluxe edition of the Uniform Distortion album, along with an acoustic version called Uniform Clarity, in March via ATO Records. Jim began the current tour on May 1 at Charleston Music Hall in South Carolina, backed by his longtime live band.

“Uniform Distortion is a collection of intentionally rough, loud songs,” noted NPR. “Backed by an efficient two-man rhythm section, there’s an emphasis on James’ guitar, which has a ragged, sometimes blaring sound… it seeks release in letting loose, in the pleasure music can give from creating wild, anarchic spaces within the framework of pop music song structures. There’s an art to summoning up chaos and an equal reward in keeping that chaos under control.”

And said the Associated Press, “With driving guitar riffs and catchy hooks combined with his signature soaring vocals. James delivers an utterly engaging, hard-charging, straight-ahead record that almost feels like a throwback to a different era while also being very much current.”

Buy your tickets online for May 18.

Get into the first night, which is otherwise sold out, with a two-night pass