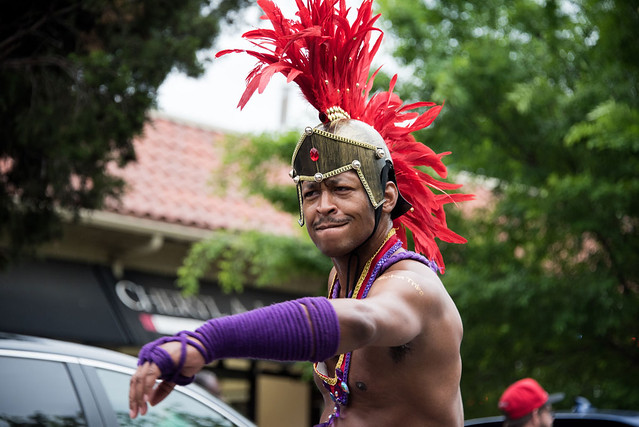 The rain started before it ended — but just barely. The “it” in this case being DC’s annual Funk Parade and Festival, which took place last weekend along the city’s U Street corridor. A celebration of music, art, dance, and community, the Funk Parade, now in its sixth year, adopted #DontMuteDC as its theme for 2019.

Although in past years, the event was principally a way to celebrate the rich history of live music and arts in the District’s U Street community, it became somewhat more activist this year in response to the temporary silencing of a popular Shaw District electronics store long known for blasting go-go beats. Participants this year showed up for the party — and for the cause of standing up for the arts, music, and community.

Events leading up to the afternoon and evening long celebration included a conference where activists discussed the movement known as #DontMuteDC, a showcase benefit for The Musicianship (a DC nonprofit that managed this year’s event), a preview event at the Kennedy Center, and a special Barbershop Talk Series.

But the main event, the Festival followed by the Parade (in turn followed by the Night Music Festival at over 10 venues throughout the city) featured dozens of acts on five different stages. Funk, blues, rock, jazz, rap, and go-go music wafted along U Street throughout the afternoon. With the skies holding steady, the parade began promptly at 5pm: the drumming women of BatalaDC formidable as always; skaters of the roller and board varieties performing acrobatics; high school marchers proud and lovely; the Soka tribe strong and sexy.

DC Mayor Muriel Bowser even made an appearance. Not until the final float (emblazoned with a “Viva Funk” sign) was passing did the rain begin to fall. So technically it did rain on the parade but no matter. The festivities weren’t about to end, moving (mostly) indoors for the Night Music Festival.

The rain notwithstanding, this uniquely diverse DC celebration of arts, music and food is a perfect way to kick off the summer. If you didn’t make it out this year, the 2020 celebration will soon be in the works. Learn more at the Funk Parade website.

Here are some pictures of scenes from the 2019 Funk Parade on May 11, 2019. All photos copyright and courtesy of Mark Caicedo. 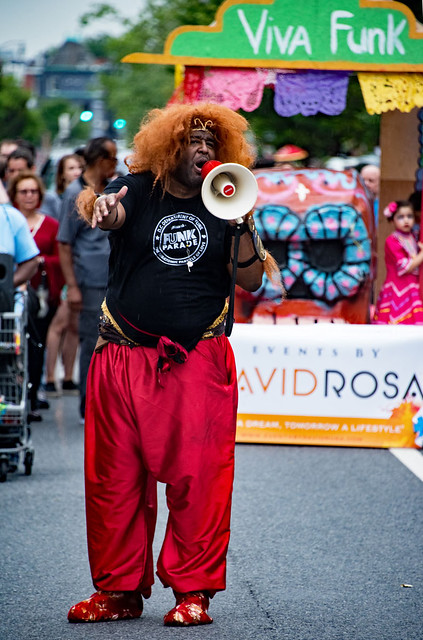 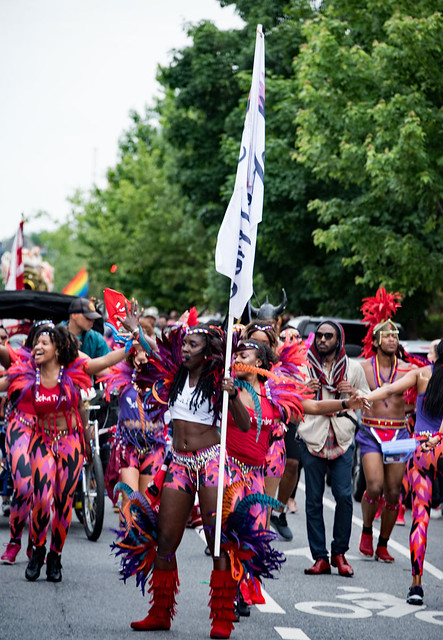 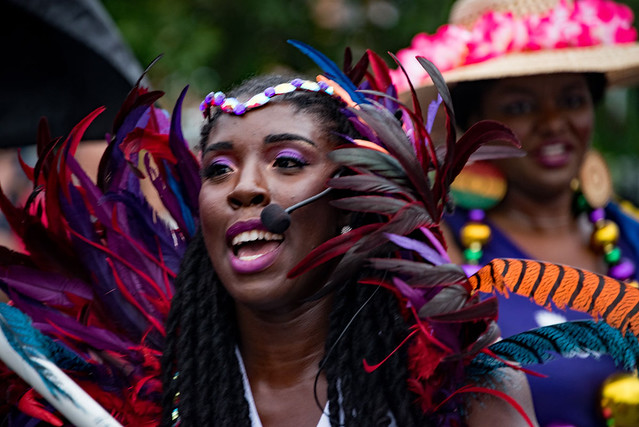 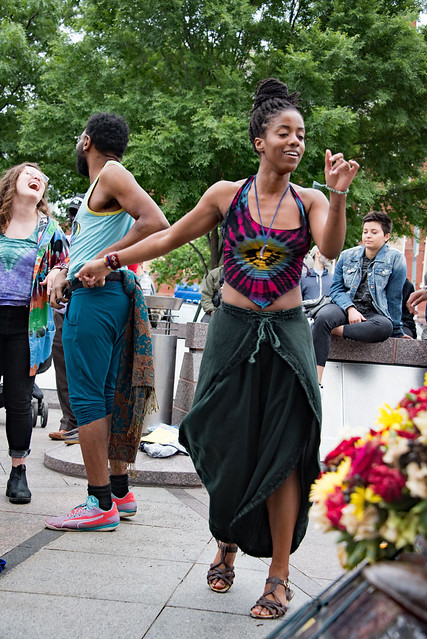 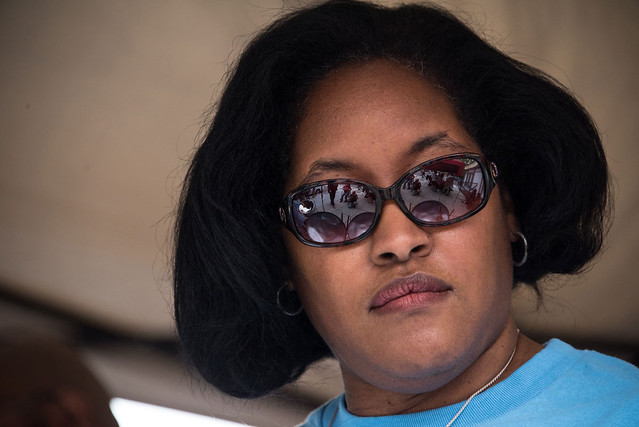 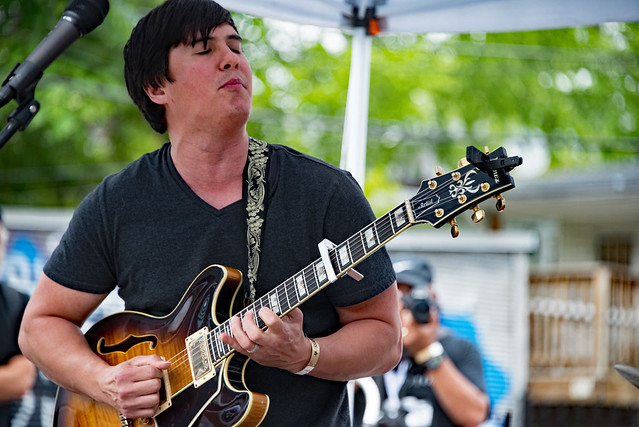 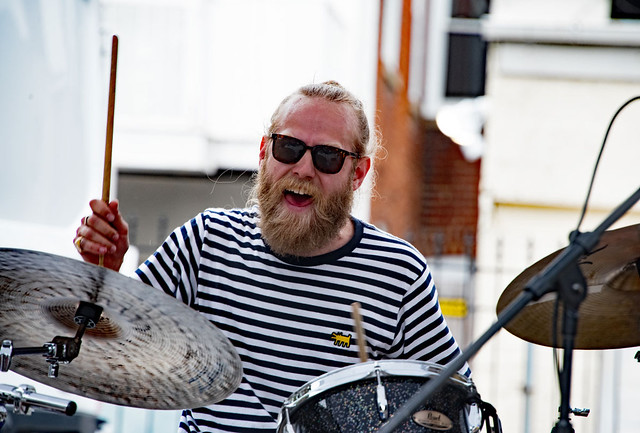 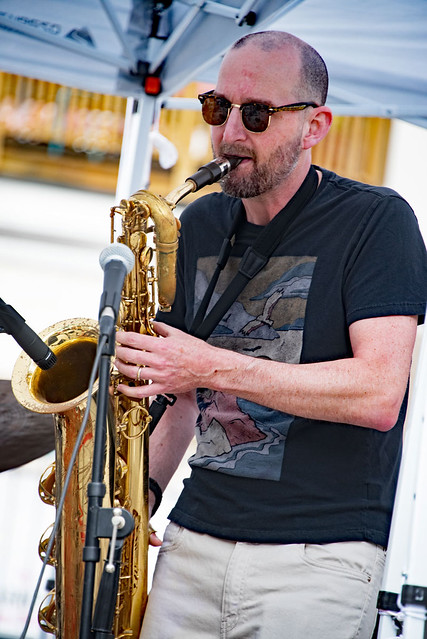 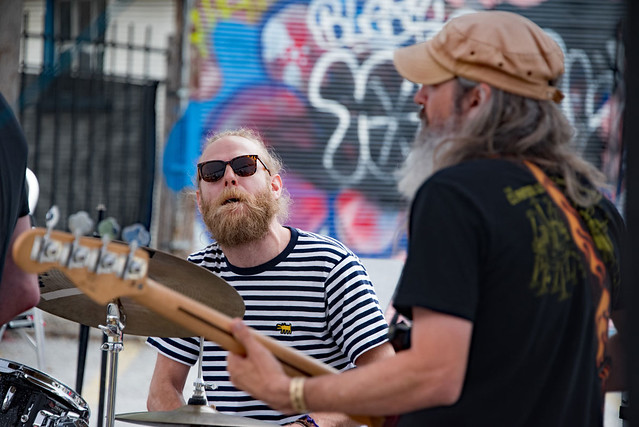 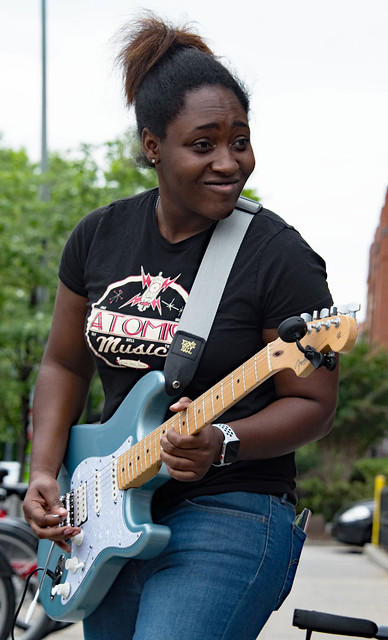 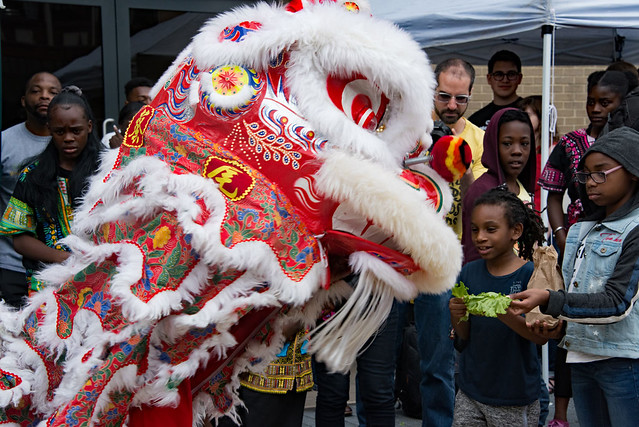 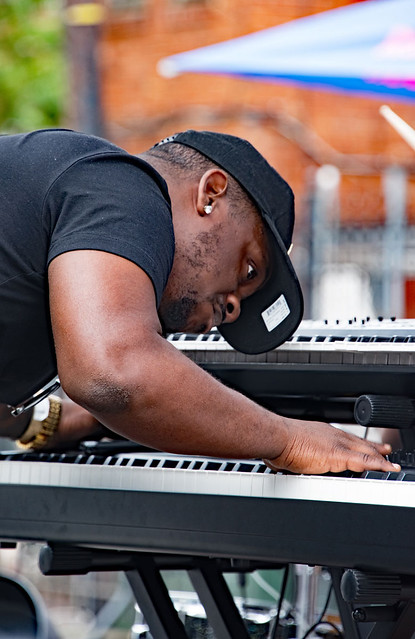 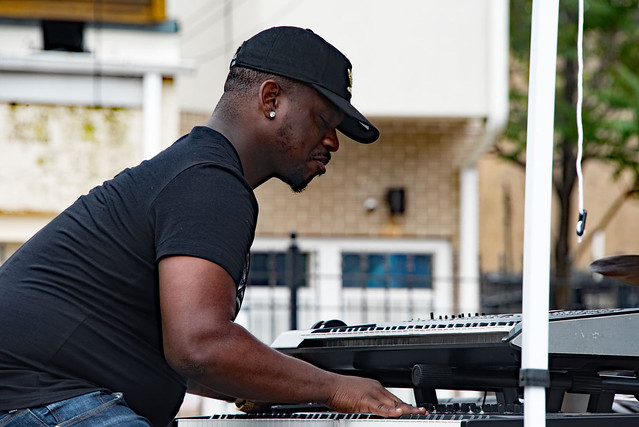 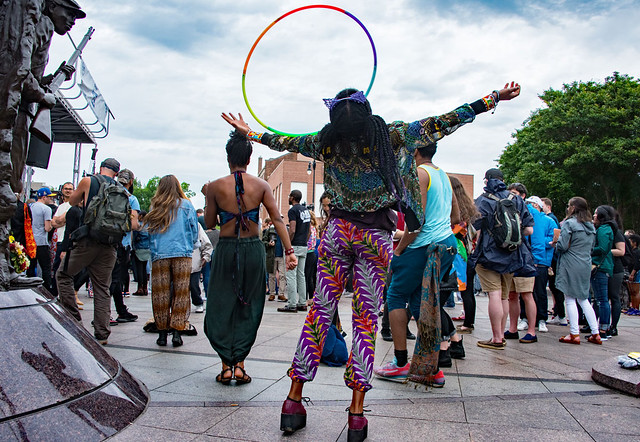 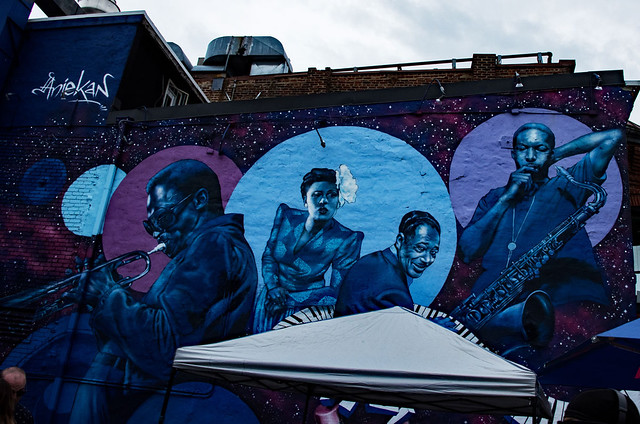 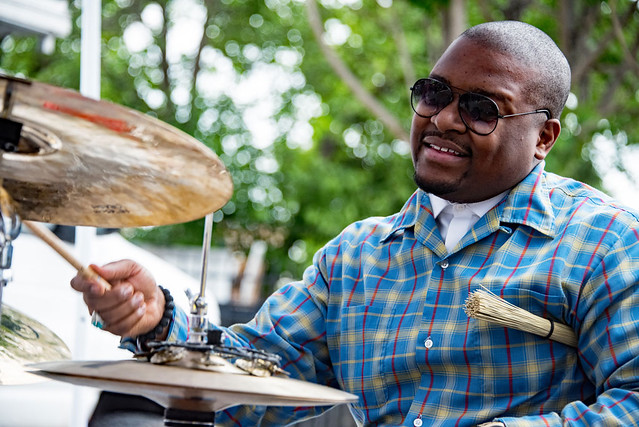 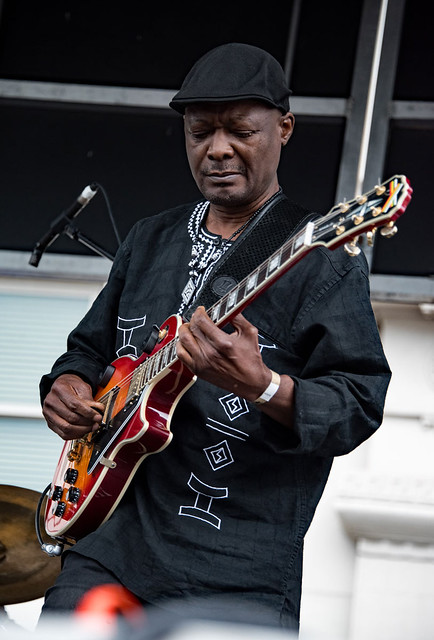 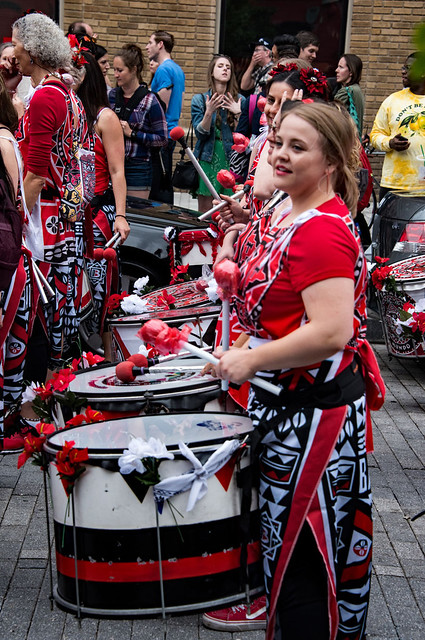 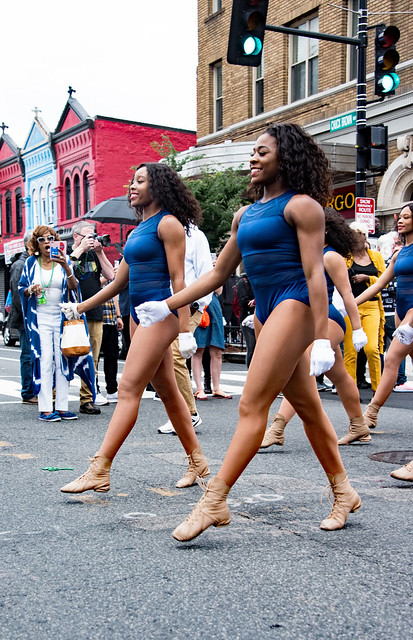 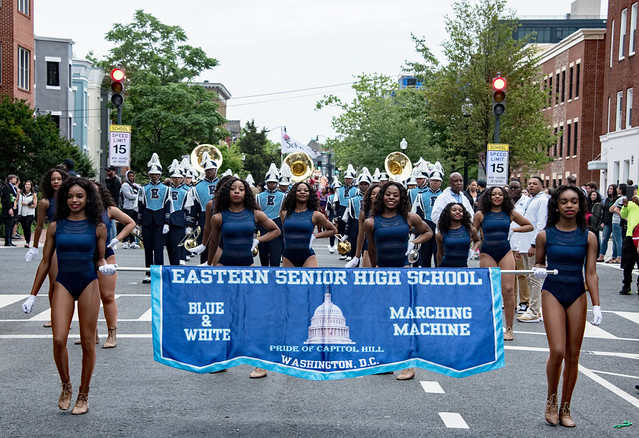 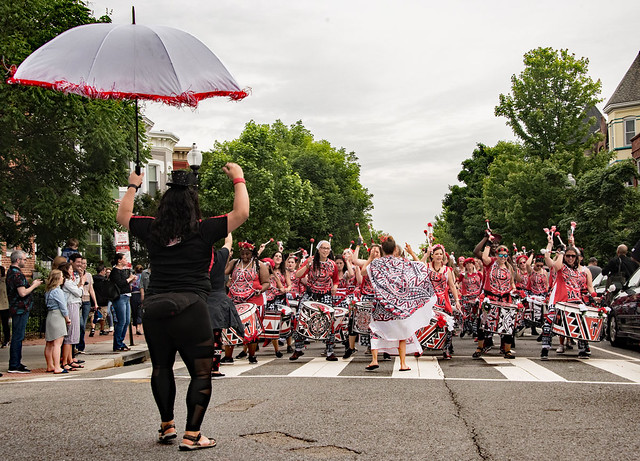 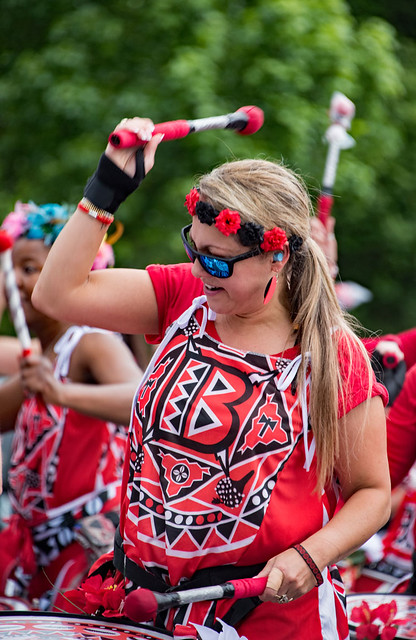 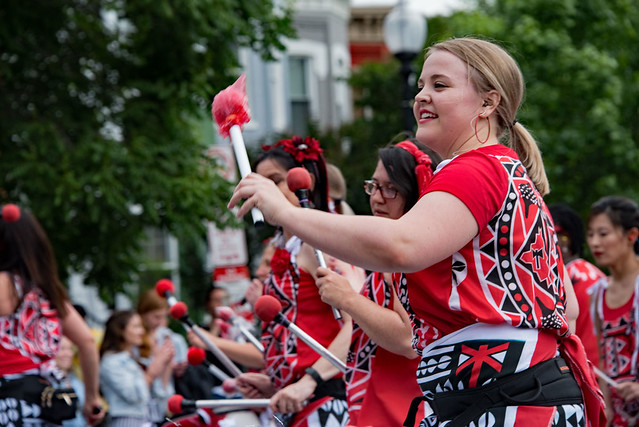 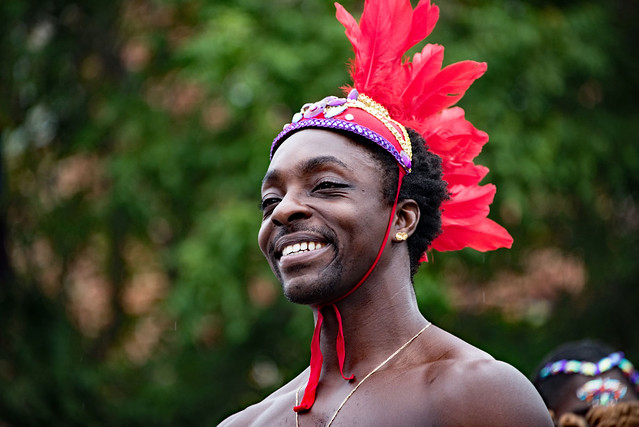 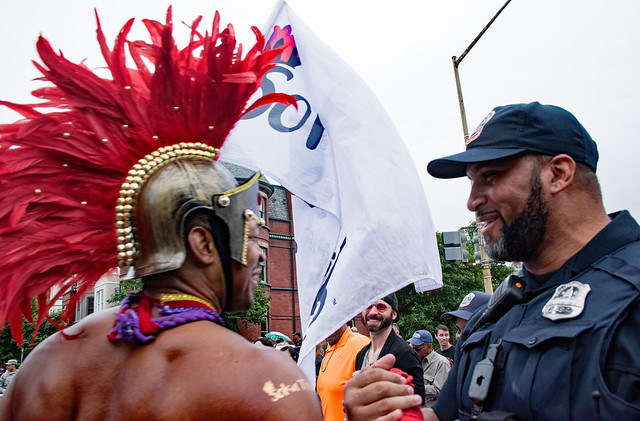 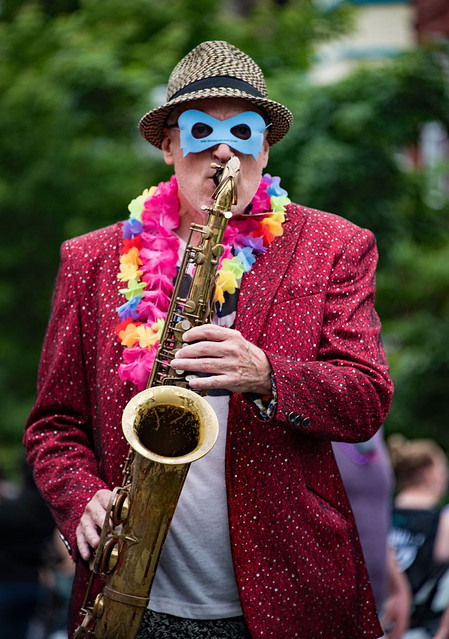 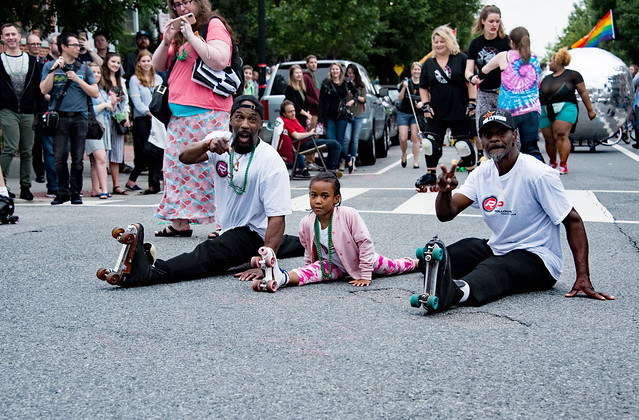 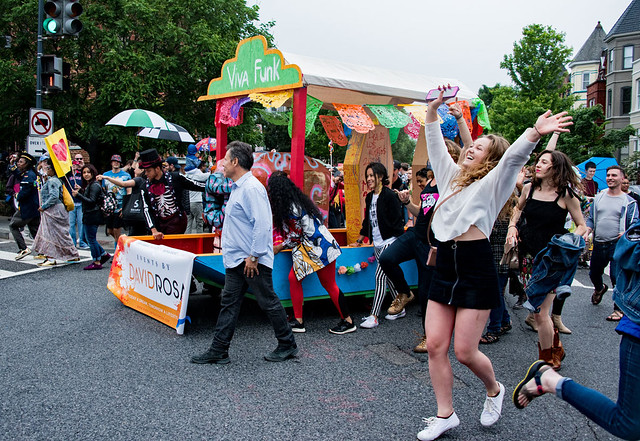 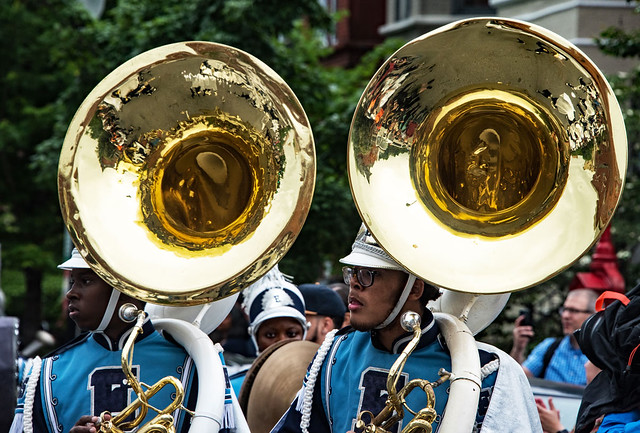