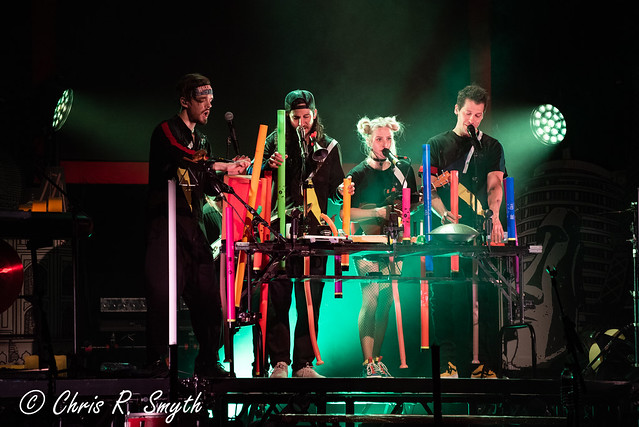 Walk Off the Earth performs at The Fillmore Silver Spring on May 29, 2019. (Photo by Chris Smyth)

Canadian pop quartet Walk Off the Earth recently brought their unique style of musicianship and pop sensibilities to The Fillmore Silver Spring.

Known for their viral videos where they use numerous instruments and household items to create interesting interpretations of hit songs, Walk Off the Earth managed to pack that whimsy and fun into a 90-minute stage show. Performed before an audience that was as disparate as their instruments, Walk Off the Earth played to a crowd that ranged from toddlers to retirees, and across all races and ethnicities at The Fillmore Silver Spring on May 29.

The show opened with a “live” video that made it appear as if most of the members of Walk Off the Earth were still in Dewey Beach, Delaware, and had to race to get to Silver Spring. This video quickly captured the attention of the little ones in attendance. A video later in the set that showed the band backstage overly relaxed and stuffed from enjoying a “really good” tray of brownies, played to the adults in the crowd. 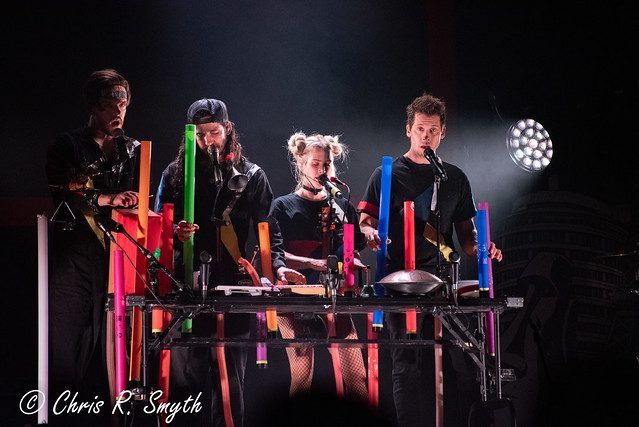 While the band produces their own original music, due to a seemingly endless supply of videos on Youtube, Walk Off the Earth may be better known for their covers of other band’s songs. Early in the set, the band played covers of “Hey Ya” and “Teenage Dirtbag” by Outkast and Wheatus, respectively. When Walk Off the Earth went into what they dubbed a “Table Medley,” the band showed off what makes them a truly unique band. With all four members standing behind a table full of brightly colored tubes of varying sizes, the band went into a montage of songs that, in part, included “Somebody That I Used To Know,” “Stand by Me,” “Come On Eileen,” “Wouldn’t It Be Nice,” “Shape Of You,” and “No Scrubs.” To create the music, the band members banged the tubes, blew kazoos, smacked seashells and silverware, and implemented numerous other instruments. The performance was part Stomp, part Blue Man Group, part Pee-wee’s Playhouse, and all fun.

Watch Walk Off the Earth cover “Shape of You” by Ed Sheeran on YouTube:

Another cover of Maroon 5’s “Girls Like You” brought all four members together to simultaneously play on some sort of crazy, custom built instrument that allowed each member to strum, pluck, and bang out every musical part of the song.

In December 2018, Walk Off the Earth suddenly lost a member of the band when Mike “Beard Guy” Taylor died unexpectedly from natural causes. With his memory in the hearts and minds of everyone on stage, and many in the audience, Walk Off the Earth dedicated much of the show to their beloved bandmate. With the newly released “Mike’s Song,” the band performed a remembrance for their friend. Later in the set, the band stepped aside and allowed a video performance of “Beard Man” playing his favorite song, “Bohemian Rhapsody,” to play on the video screen while only spotlights illuminated his empty keyboard on stage. The crowd loudly sang along, and when the song ended, provided their loudest and longest applause of the entire night.

While much of the anticipation was to see Walk Off the Earth perform the covers, the crowd was just as excited for the band’s original songs. Songs “5th Avenue,” “Taekwondo,” and “Red Hands” were all greeted by loud cheers. The final song of the night was the band’s biggest original hit single, “Rule the World.” With the song’s uplifting message, and a few rounds of back and forth singing between the band and the crowd, the fans left the show singing the praises of the spectacle they had just witnessed.

Here are some pictures of Walk Off the Earth performing at The Fillmore Silver Spring on May 29, 2019. All photos copyright and courtesy of Chris Smyth. 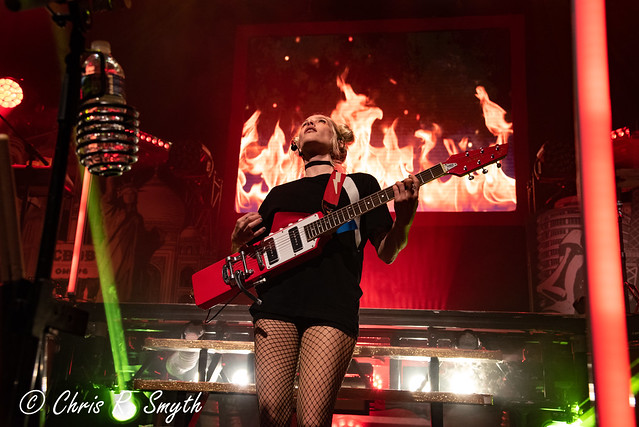 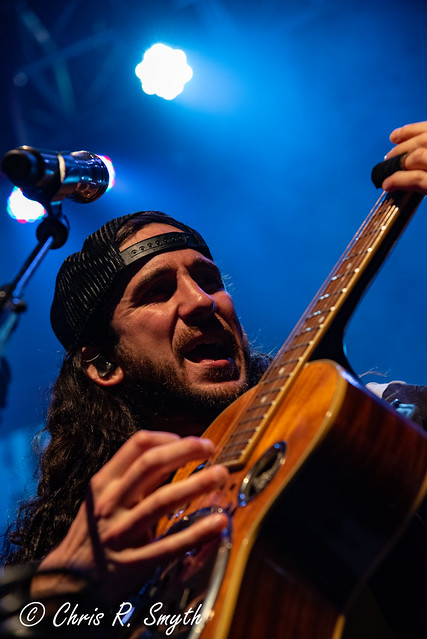 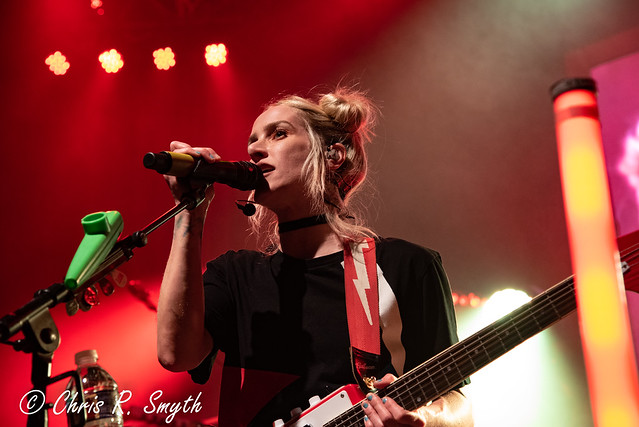 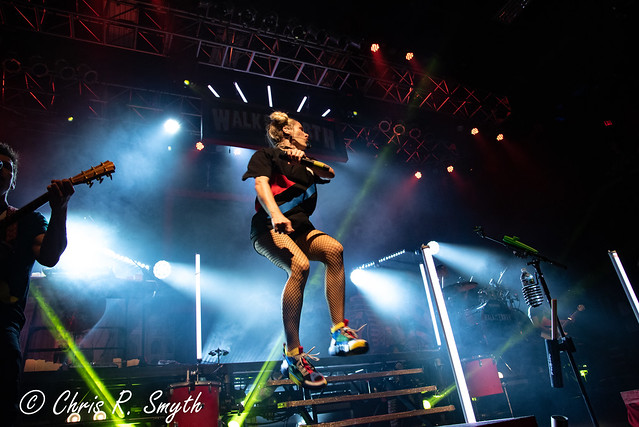 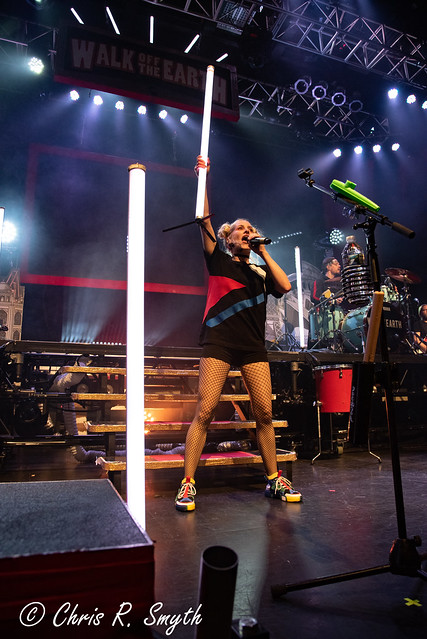 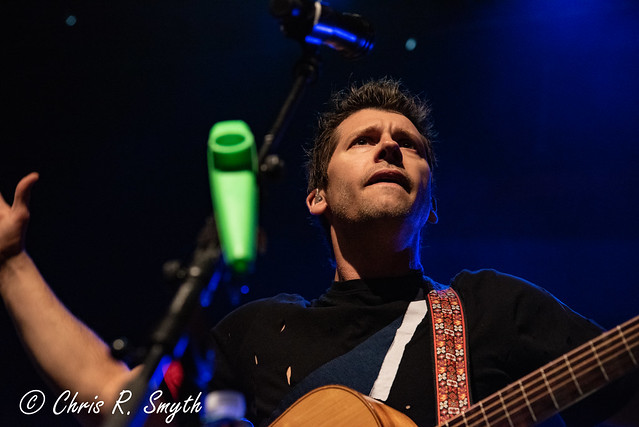 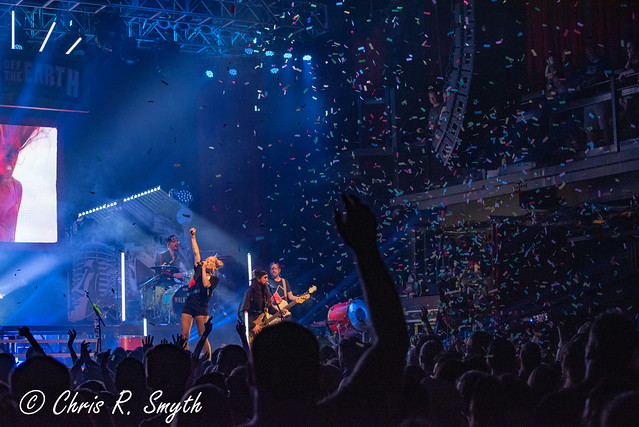 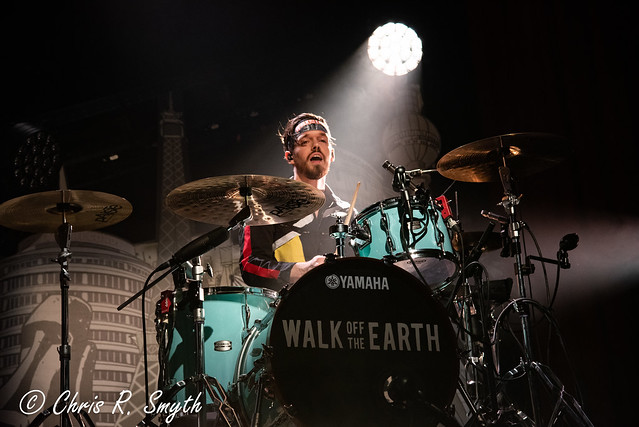 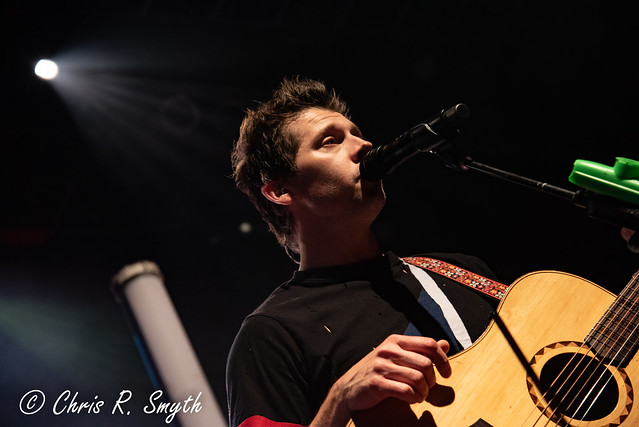 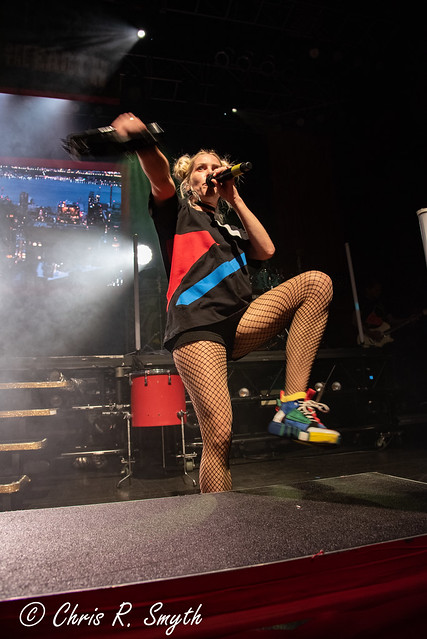 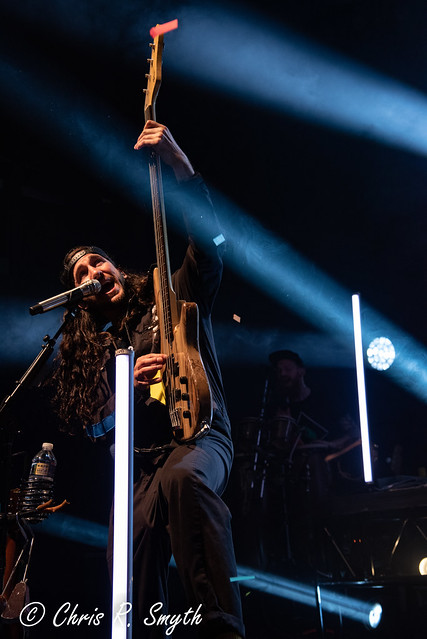 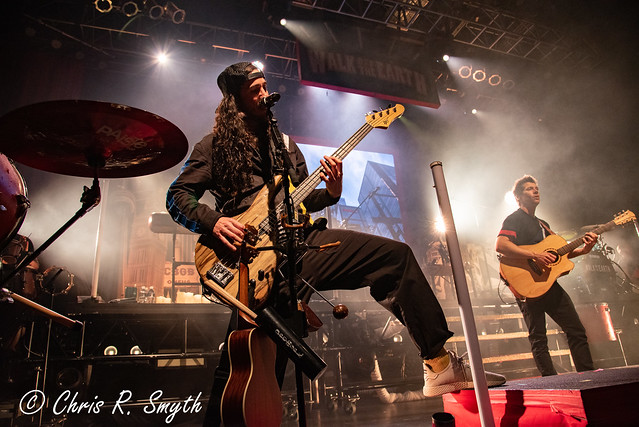 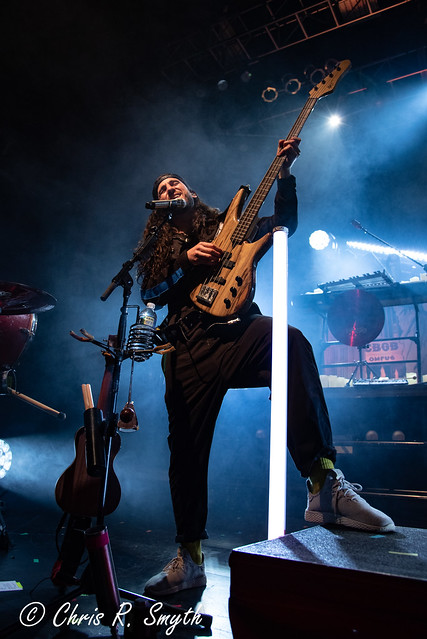 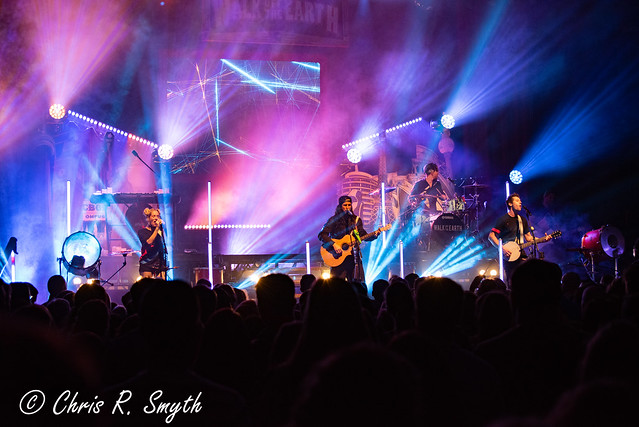 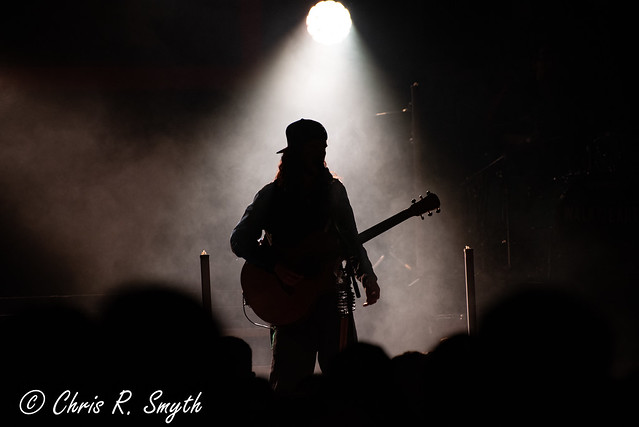 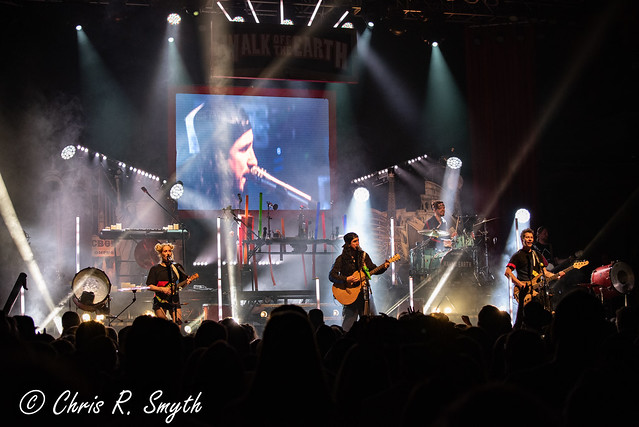 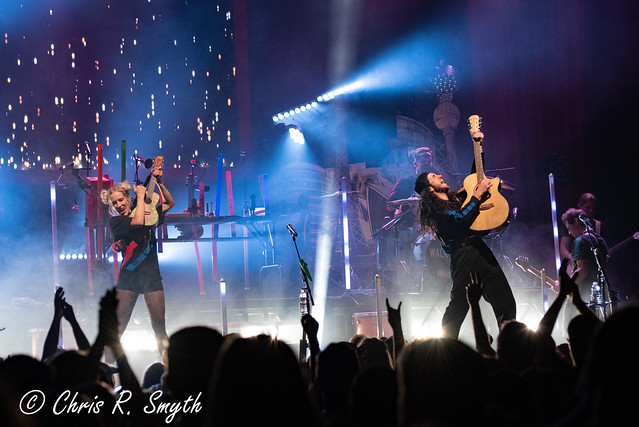 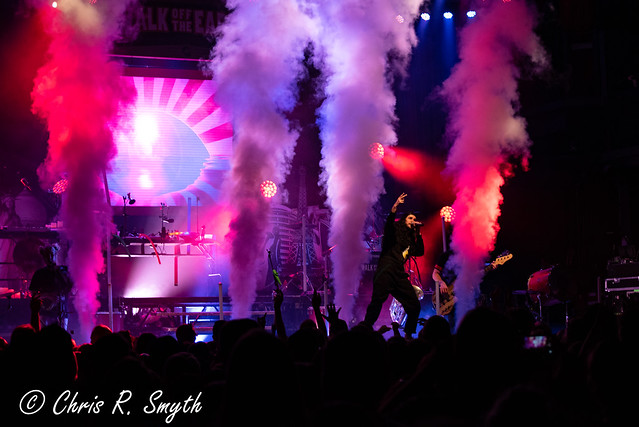 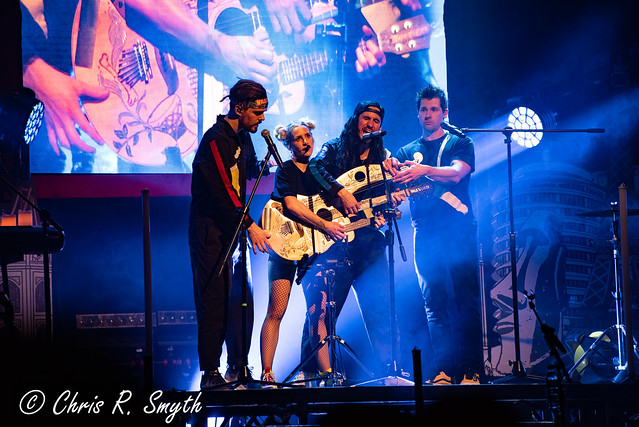 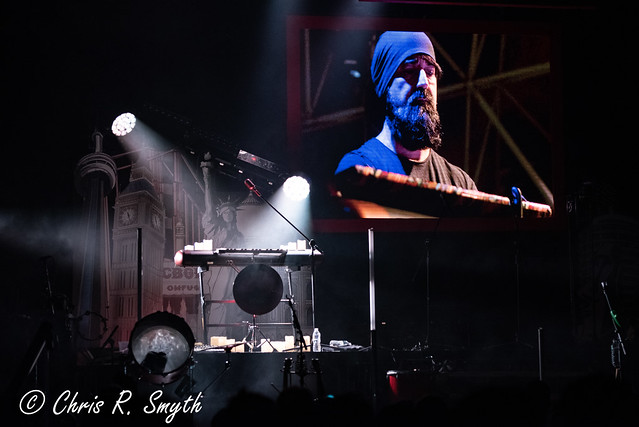 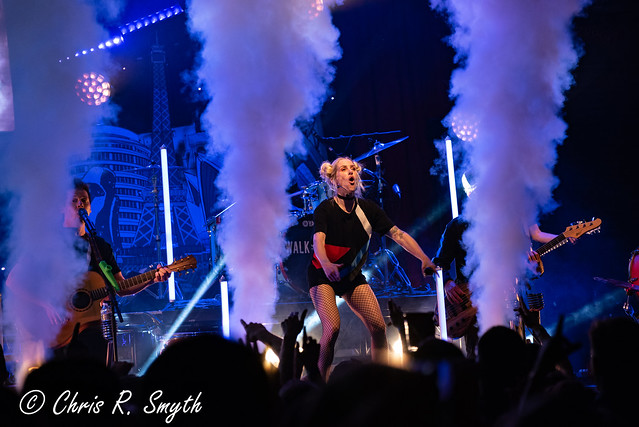 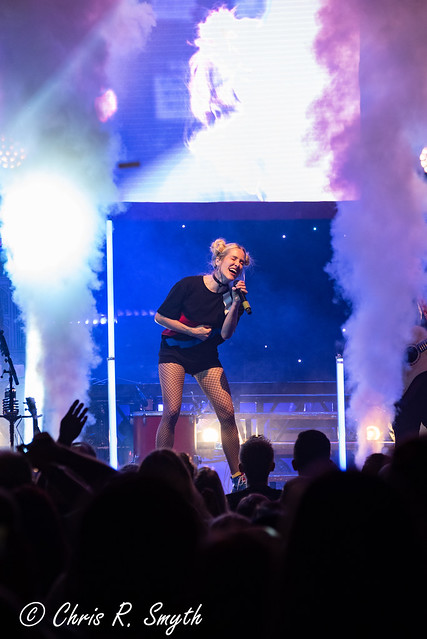 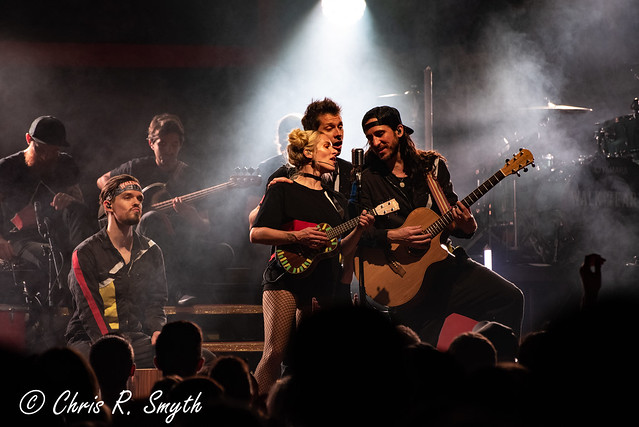