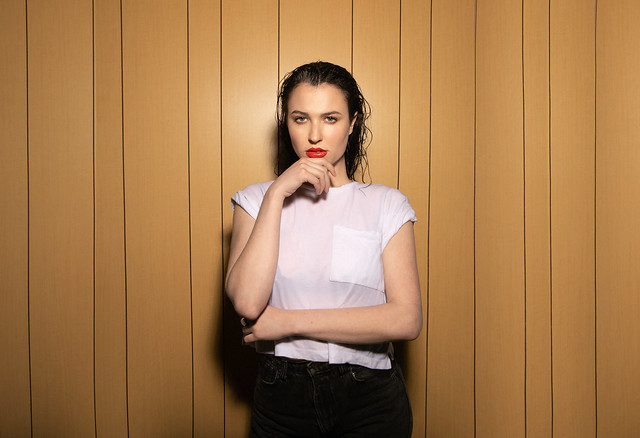 Canadian artist Lucette performs at City Winery DC on Tuesday, June 11, in support of Deluxe Hotel Room, a new album released in May via Rock Creek Music and Thirty Tigers.

Produced by Sturgill Simpson, Deluxe Hotel Room finds Lucette moving away from the roots-based sound showcased on her 2014 debut into a deeper, more ethereal style built on a foundation of R&B, pop, and soul. Her cutting, honest lyrics are informed by life experiences in love, loss and battling inner demons as she comes into her own both personally and artistically.

“A lot of the songs are very traditional in their roots, but Sturgill and I had this idea of producing them in a more pop-leaning way,” said Lucette, who grew up on ABBA and names Rihanna among her main inspirations. “There’s only one or two guitar tracks on the whole record, and instead of putting banjos or pedal steel all over the place, we did it up in a way that felt a lot more genuine to my upbringing and character.”

Watch the official music video for “Talk to Myself” by Lucette on YouTube:

“It’s a bold expansion of Lucette’s melodic sensibilities, with arrangements that avoid the rootsy clichés of Americana music and, instead, double down on synthesizers, piano lines, and the occasional horn solo,” said Rolling Stone Country of Deluxe Hotel Room.