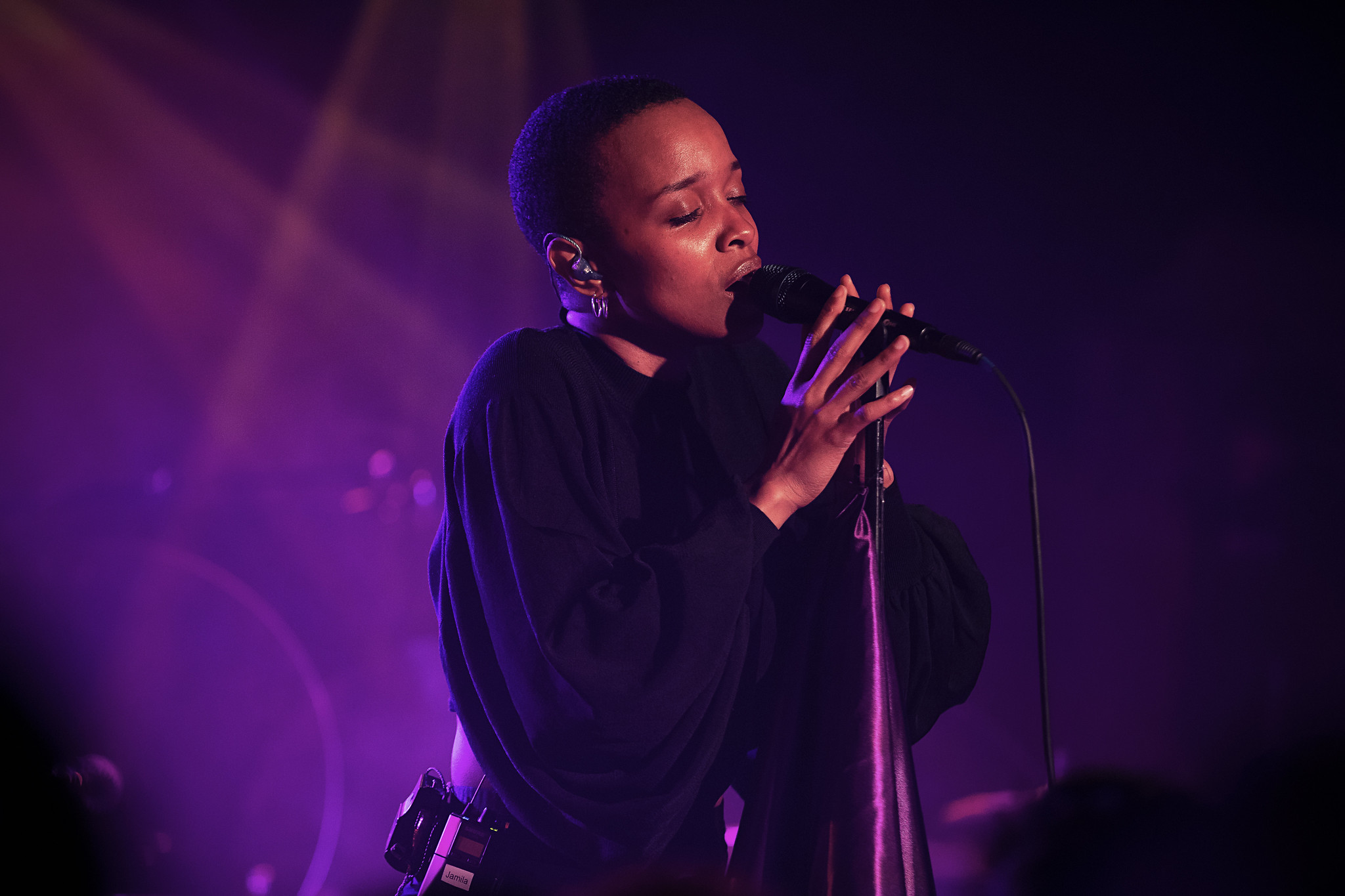 Jamila Woods performs at Union Stage on June 4, 2019. (Photo by Will Colbert)

“What will your legacy be,” poet Margaret Burroughs asked in her poem of the same name. It’s a lofty question, but one not lost on Chicago singer, songwriter, activist, and award-winning poet Jamila Woods during a recent sold-out show at DC’s Union Stage.

Jamila was so inspired by the writer’s words that she named her new album Legacy! Legacy! (2019). Jamila invoked the notable artists that the songs on her latest release are named after — artists whose legacies paved the way for creators of today.

On June 4, Jamila emerged from backstage as her pianist took the lead on the first song of the night, “Betty.” “I am not your typical girl/Throw away that picture in your head,” goes the pre-chorus following the first verse. The song explored the tension created when women step outside of men’s expectations. What better way to inspect this dynamic than through the lens of ‘70s funk pioneer Betty Davis? Davis’s bold lyrics and raw sensuality clashed with the gender stereotypes of her era. Betty’s time in the spotlight was short, but she managed to influence and inspire generations of musicians, including her ex-husband Miles Davis, Prince, Rick James, Erykah Badu, Janelle Monáe, and Jamila Woods. 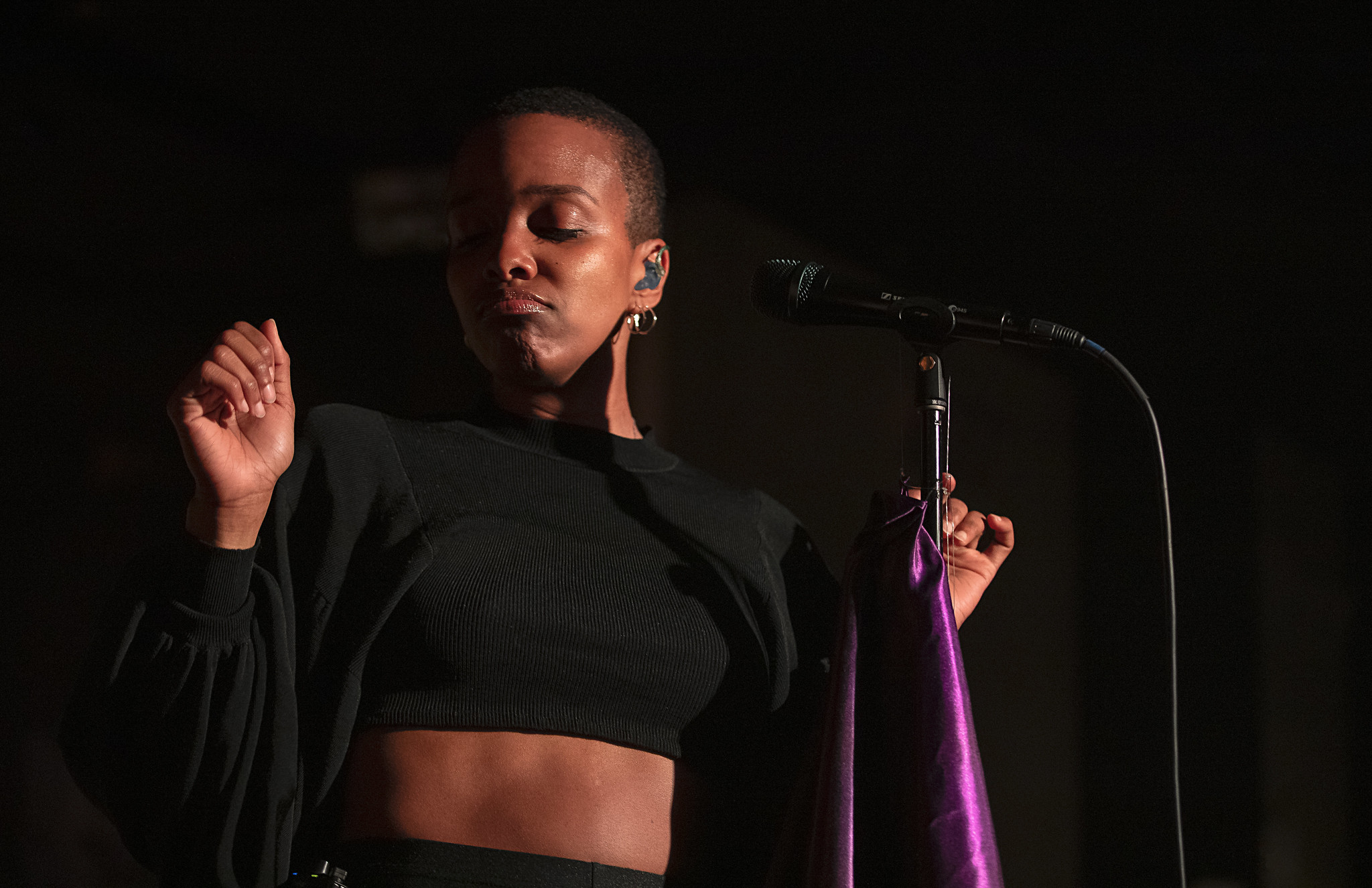 Jamila’s expressive stage presence created an instant bond with her adoring fans. She swayed to the rhythm, smiled after delivering witty verses, and she scowled as she sang of injustice. Jamila took the perspective of author/anthropologist, Zora Neale Hurston on “Zora.” “Your words don’t leave scars, believe me,/I’ve heard them all,” Jamila defiantly sang. Zora would agree. The 1920s author once wrote, “Sometimes, I feel discriminated against, but it does not make me angry. It merely astonishes me. How can any deny themselves the pleasure of my company? It’s beyond me.”

Watch the official music video for “Zora” by Jamila Woods on YouTube:

“Y’all ever been in a relationship that had you fucked up? Same,” Jamila said to cheers before performing “Sonia.” Supporting artist Nitty Scott joined Jamila onstage for the song inspired by the Sonia Sanchez poem “It Was Bad.” Nitty’s return received rousing applause. The Afro-Latina rapper killed her opening set and brought the same energy to the song about toxic relationships. “My abuela ain’t survive several trips around the sun/So I could give it to somebody’s undeserving son,” Nitty rapped. 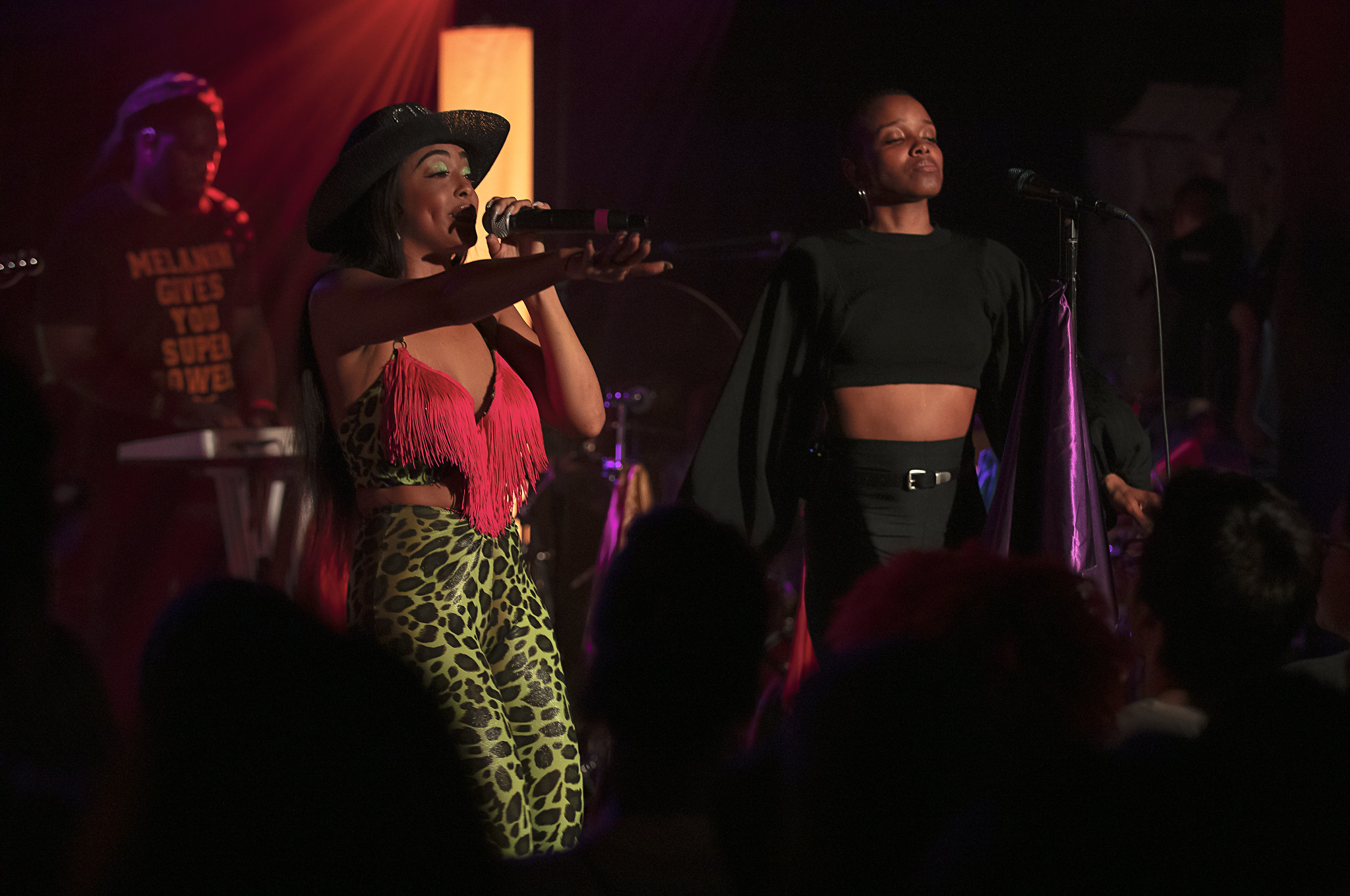 Frida Kahlo had an unconventional living arrangement with, as Jamila put it, “that other dude” (i.e., husband and fellow artist Diego Rivera). They literally lived in two separate houses connected by a bridge. “As an introvert, I need my own personal space,” said Jamila prior to her performance of the song inspired by the Mexican artist.

Midway through her performance of “Frida,” Jamila’s band did a cover of DC go-go classic “Sardines” by the Junkyard Band. The nod to DC’s musical legacy was timely as recent #DontMuteDC protests in the nation’s capital has shined a light on an expanding rift between “old DC” and “new.” Many believe that the city is losing its identity to gentrification. Jamila sang of the displacement occurring in communities of color in major cities across the country on her song named for novelist James Baldwin. “You could change a hood just by showing your face/Condo climbing high, now the block is erased,” she sang on “Baldwin.”

“Has anybody heard Heavn,” Jamila asked with a sly grin. Jamila’s 2016 critically acclaimed debut album introduced many of us to her unique style of non-commercial R&B. A sound that is sweet yet self-assertive; music that’s both soulful and intellectual. Jamila performed the intergalactic “Stellar,” introspective “Lonely,” and self-love anthem “Holy,” off the Heavn album before ending her set with fan favorite “Blk Girl Soldier.”

Prior to “Blk Girl Soldier,” Jamila asked fans to make some noise for all the black women in the audience. Cheers erupted from everyone, regardless of sex or race. “They want us in the kitchen/Kill our sons with lynchings/We get loud about it/Oh, now we’re the bitches,” Jamila sang on the song that pulled no punches.

Jamila returned to the stage for a brief encore after a momentary absence. She performed her love letter to Chicago, “LSD,” also on Heavn, to close out the show.

Other highlights from the night included Jamila’s performances of…

Here are some photos of Jamila Woods performing at Union Stage on June 4, 2019. All photos copyright and courtesy of Will Colbert. 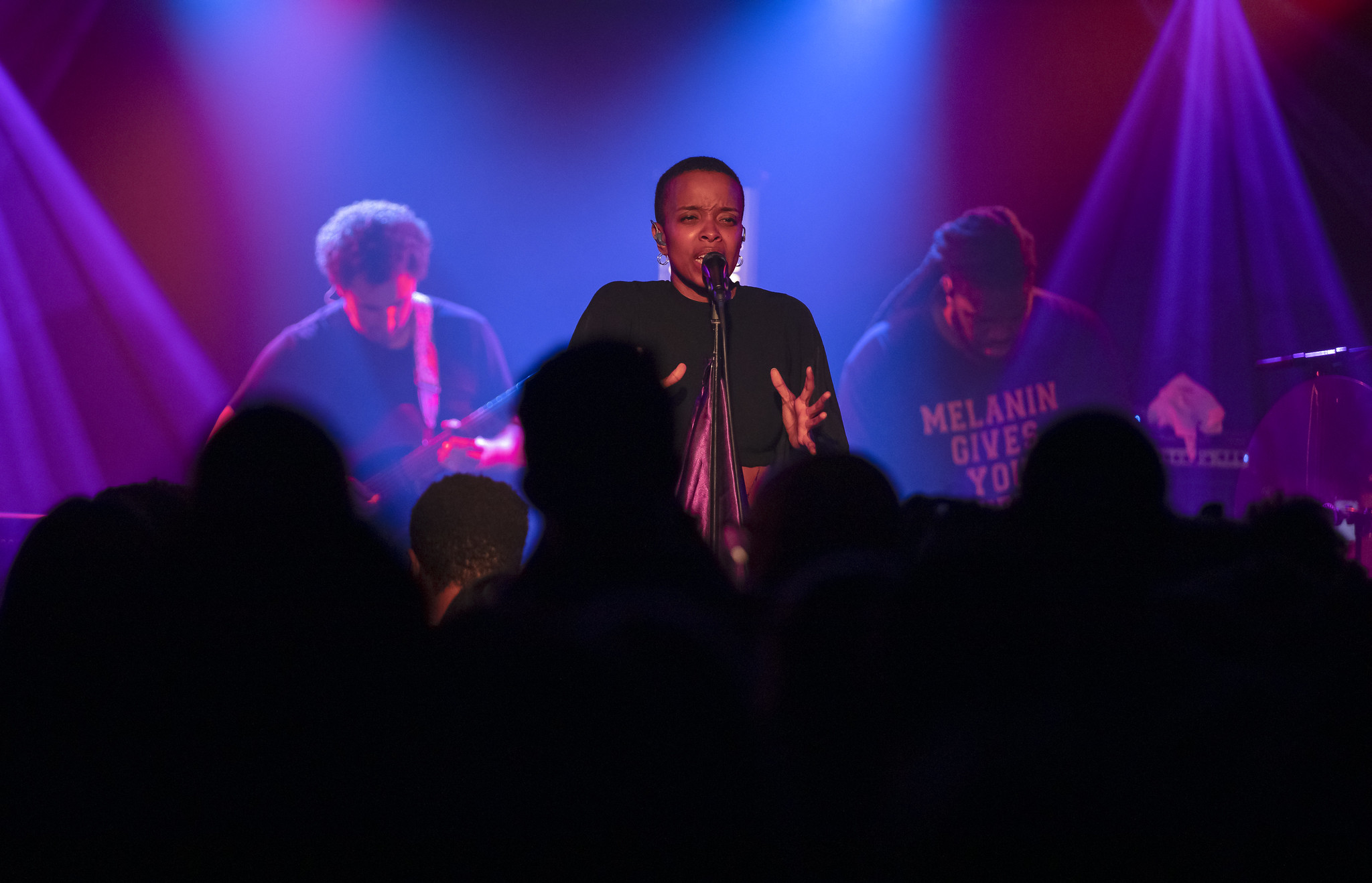 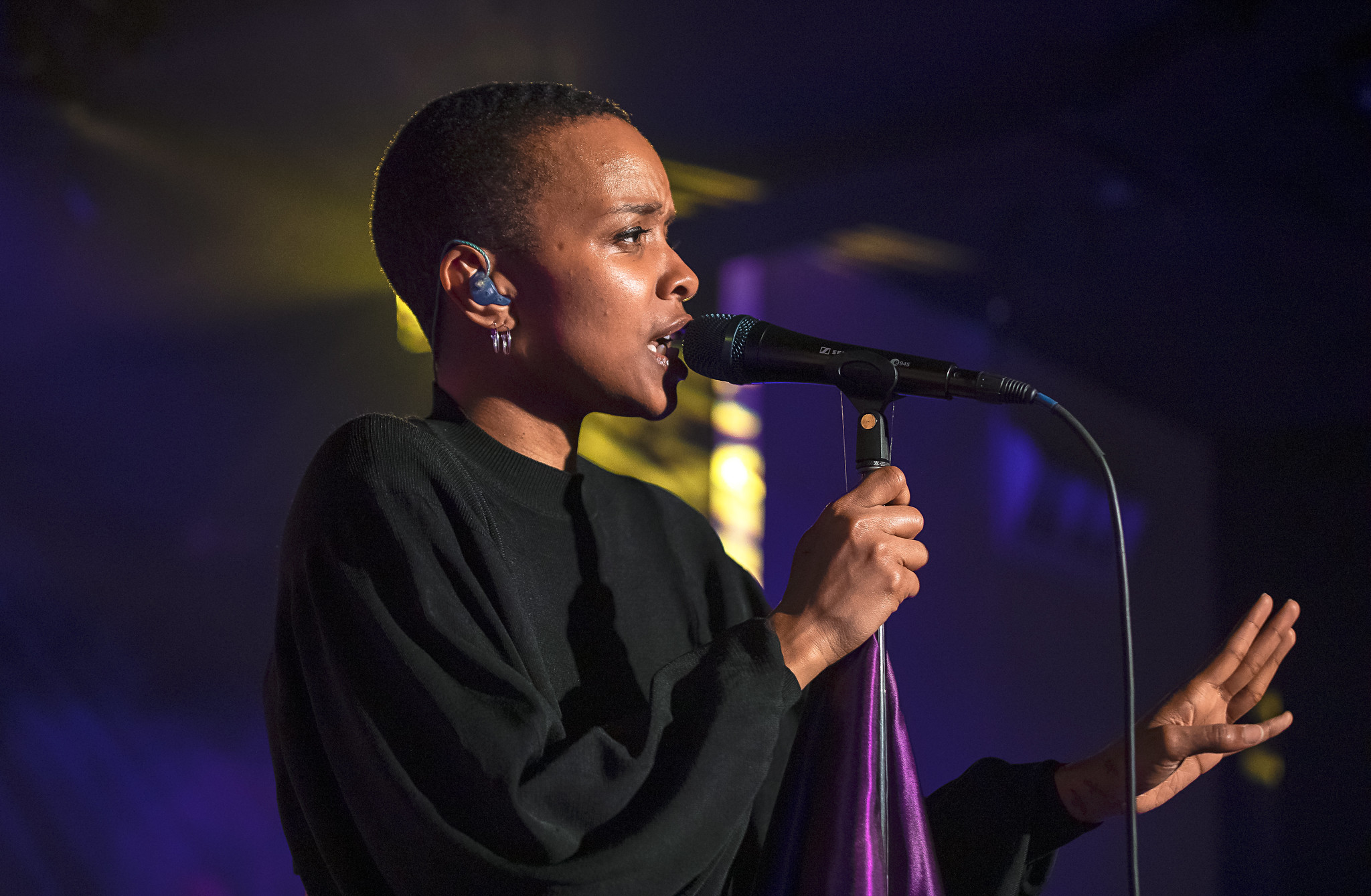 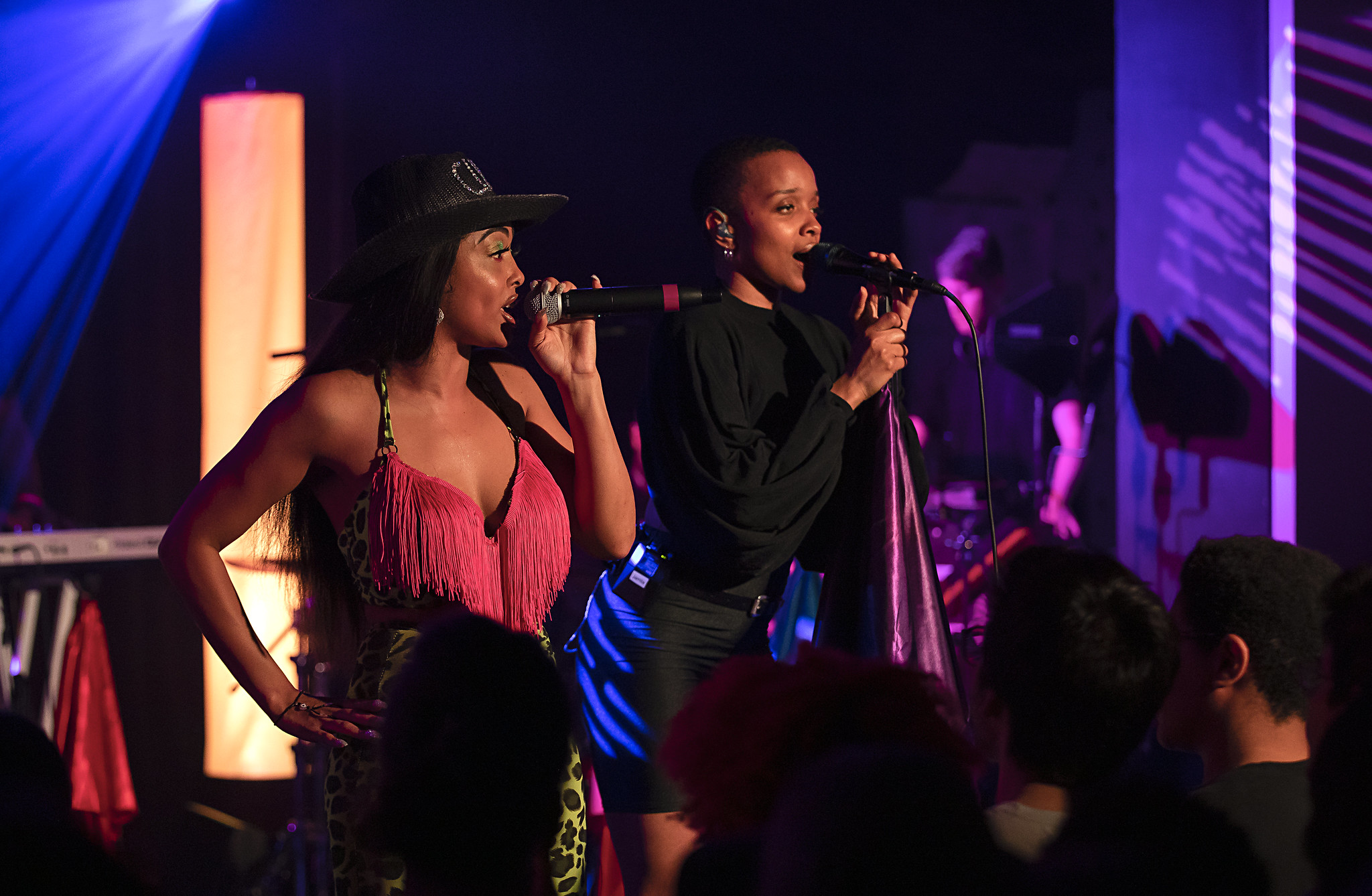 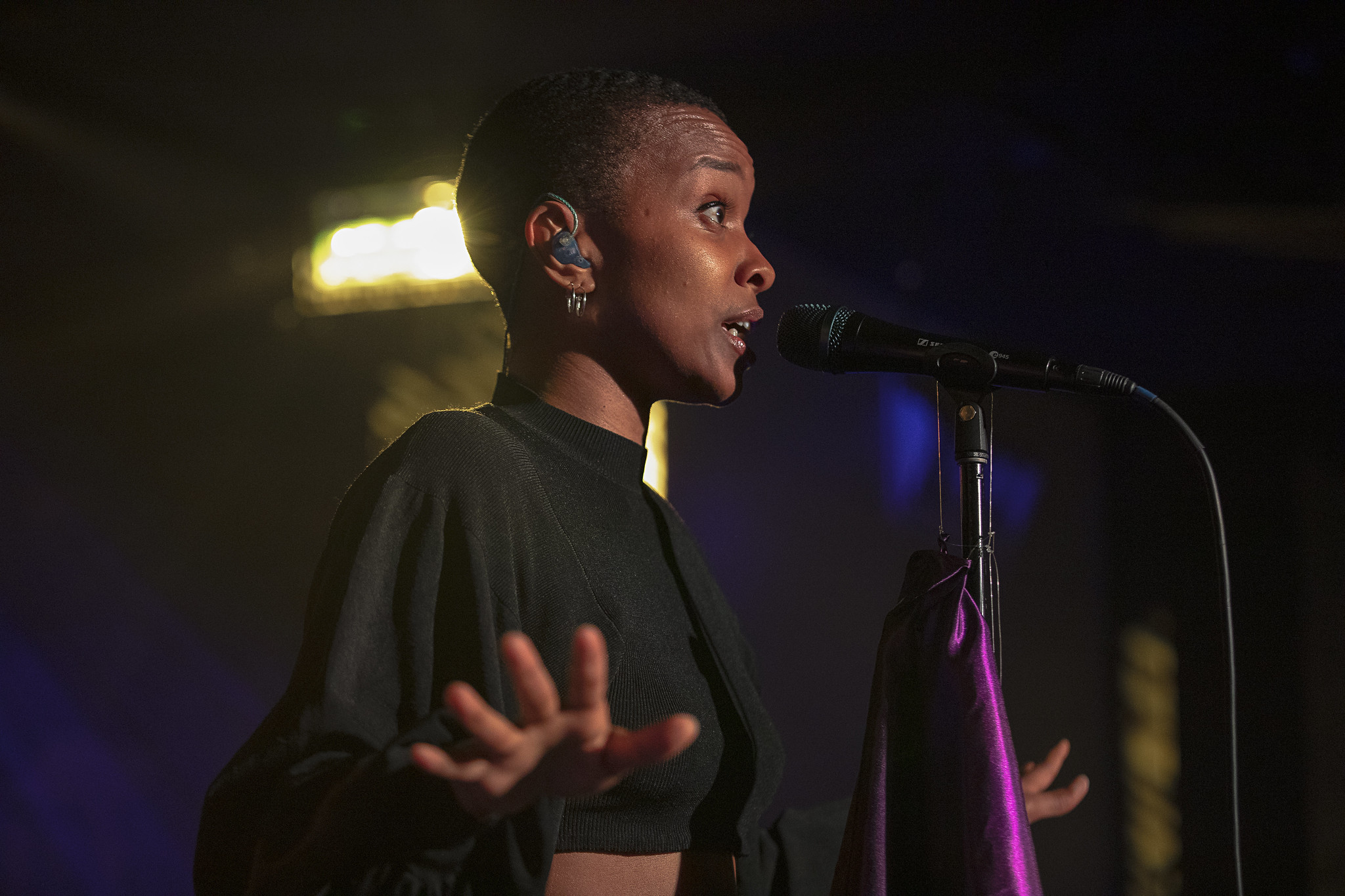 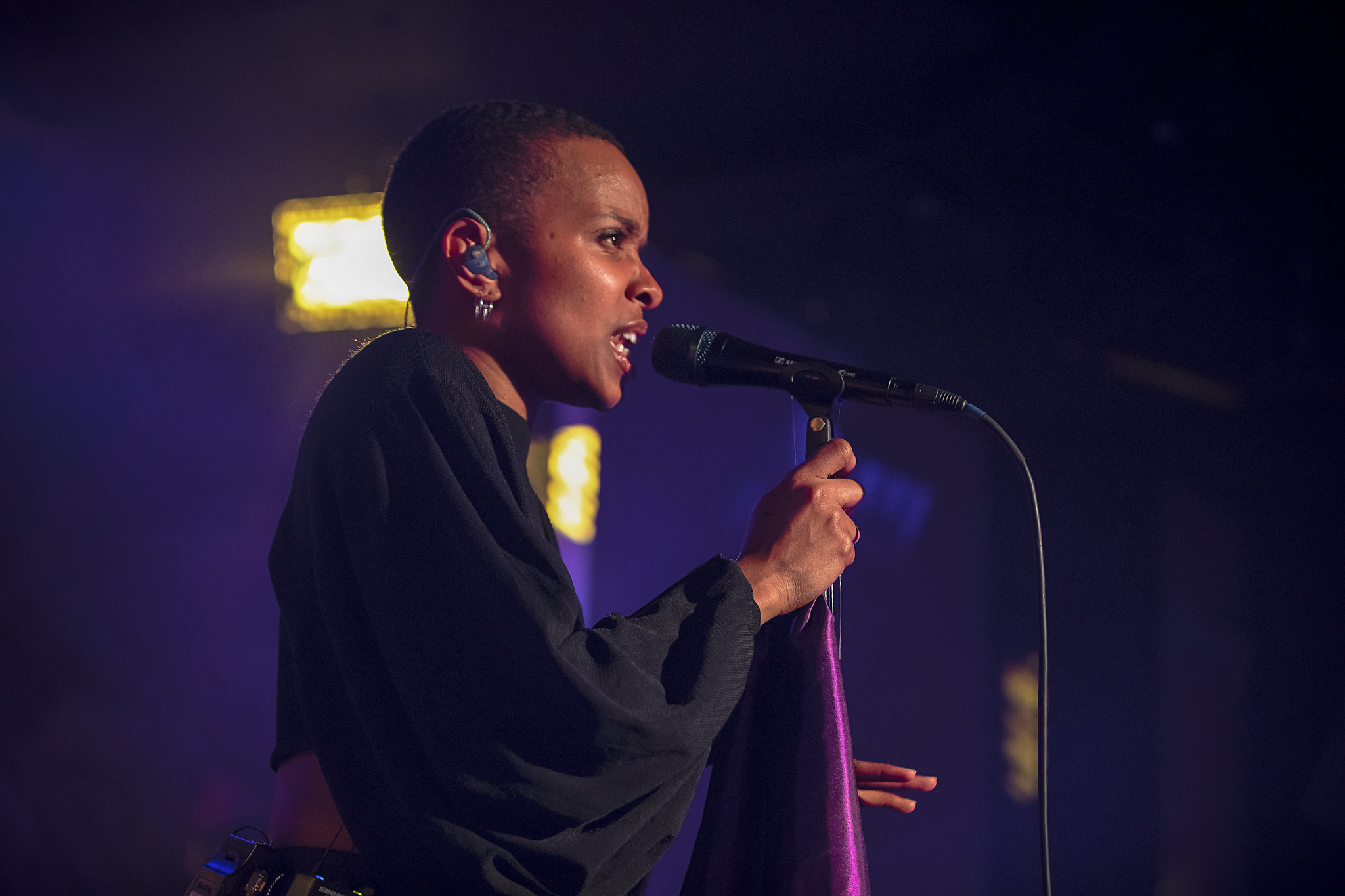 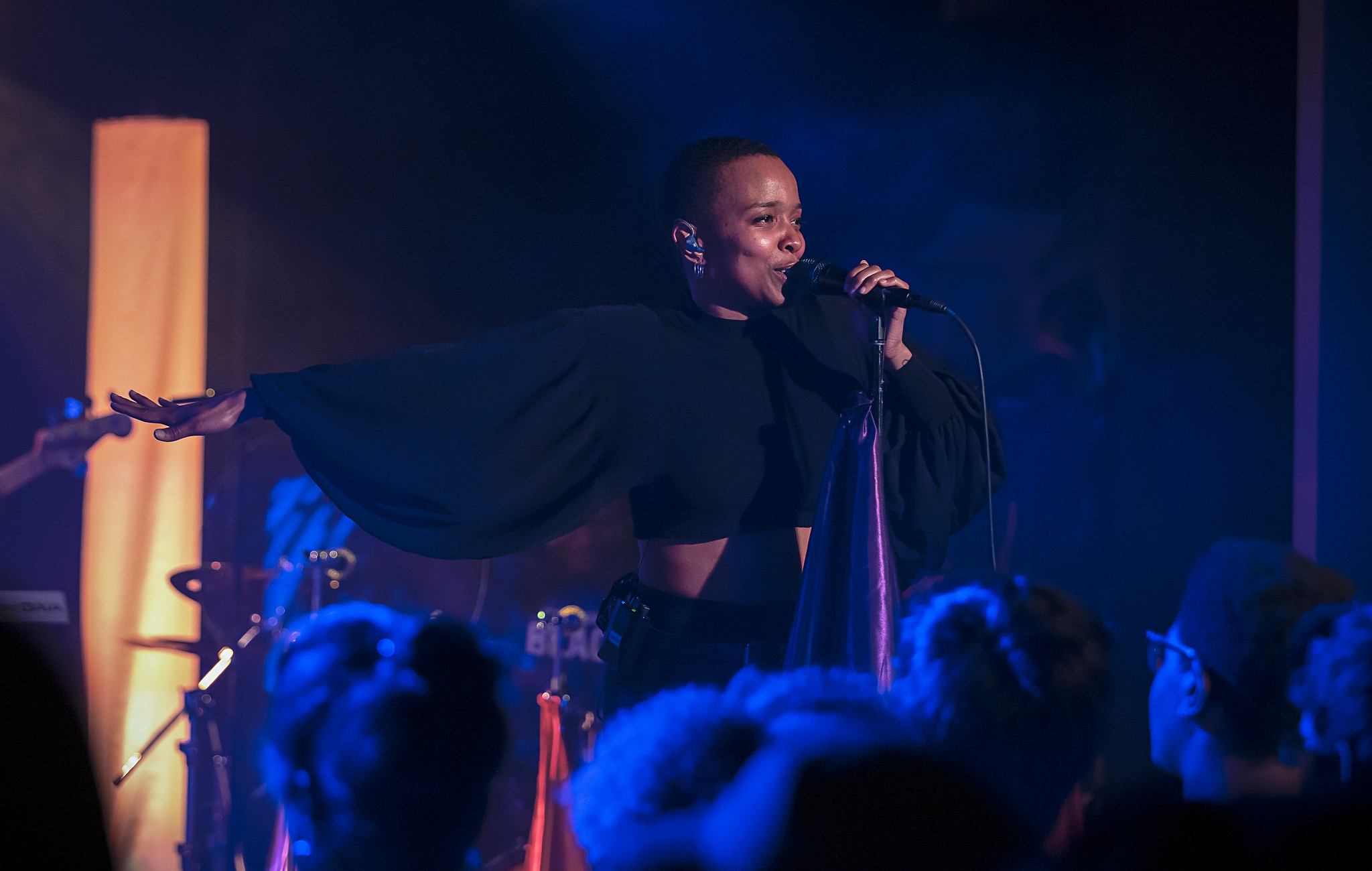 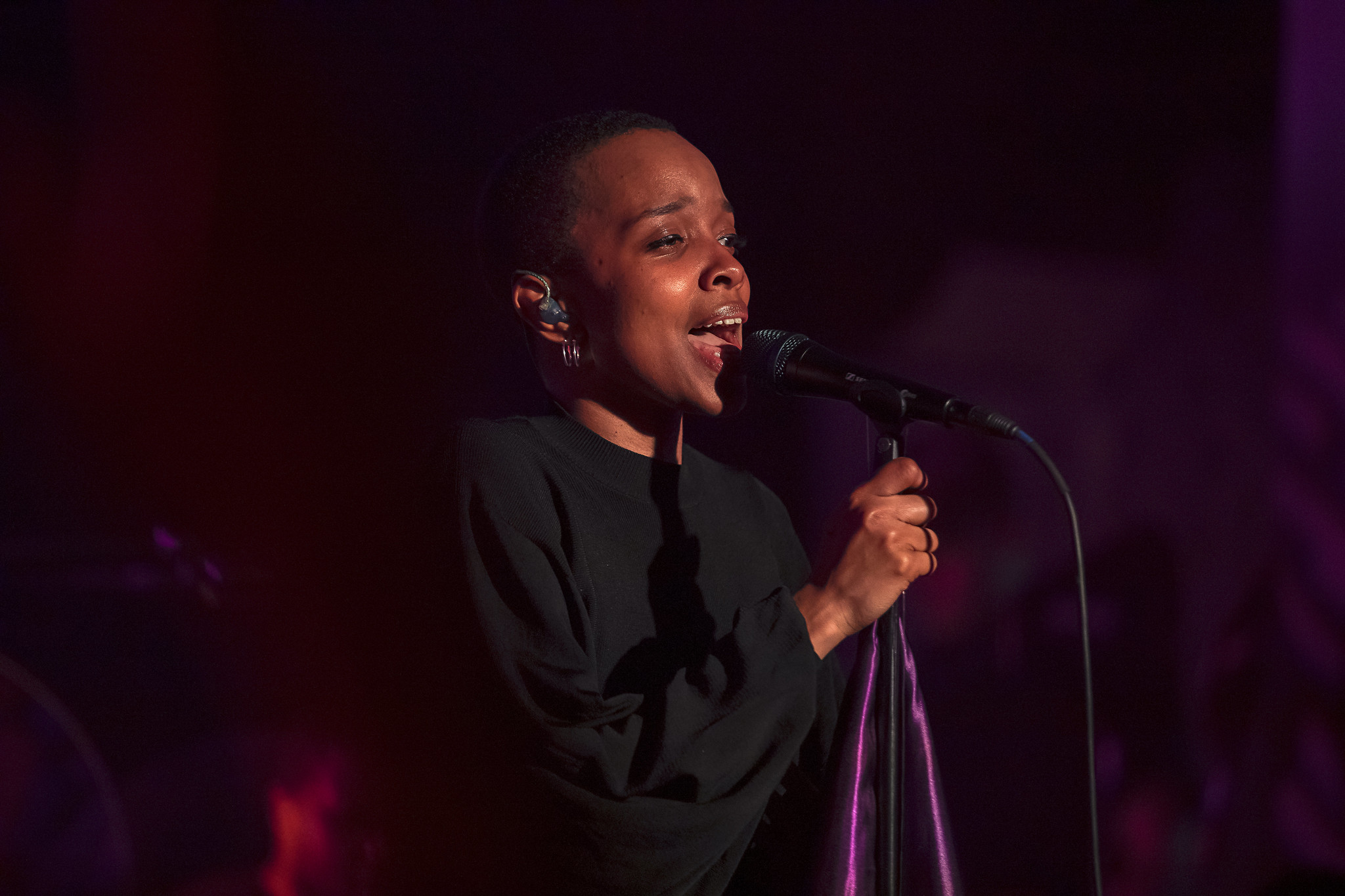 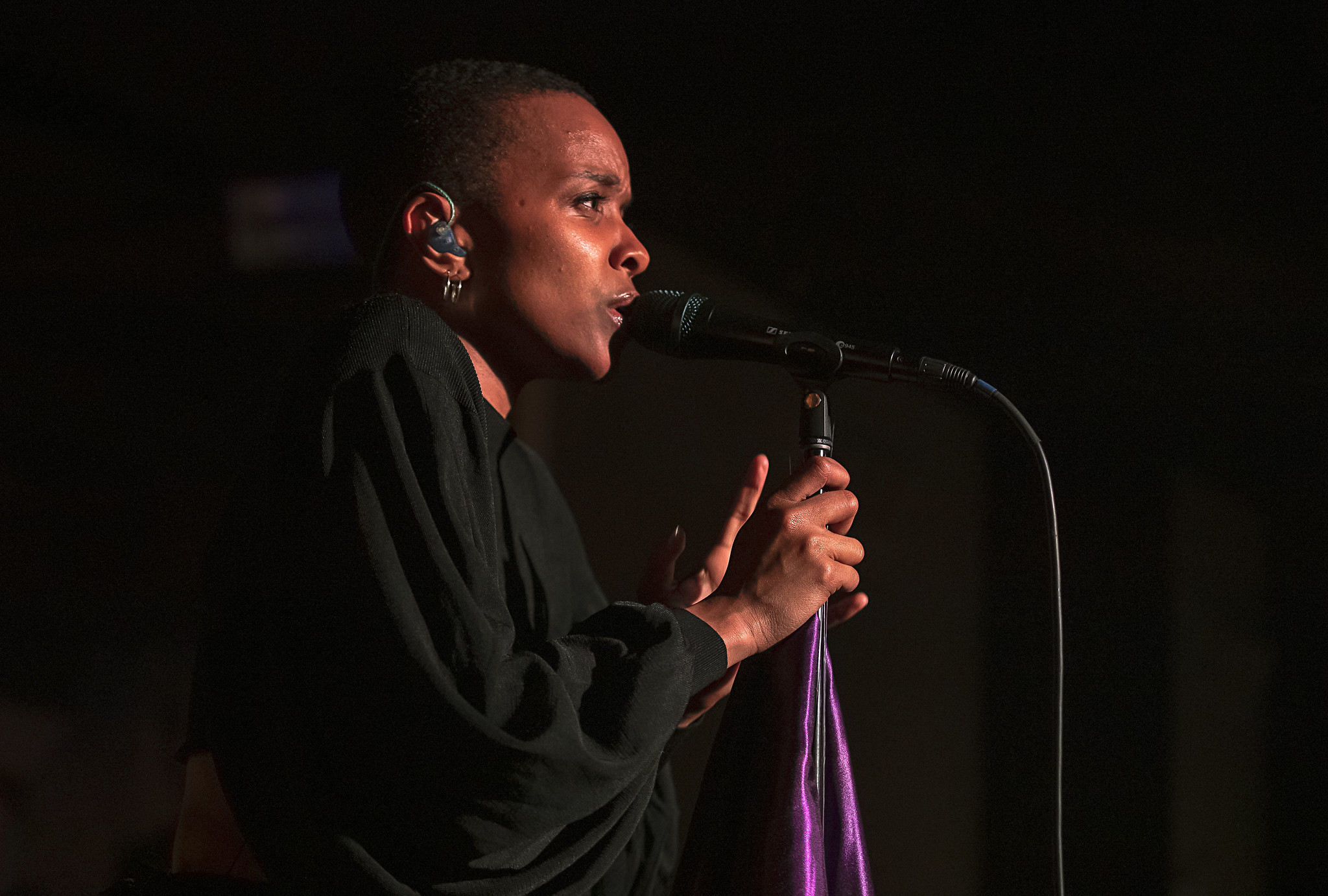 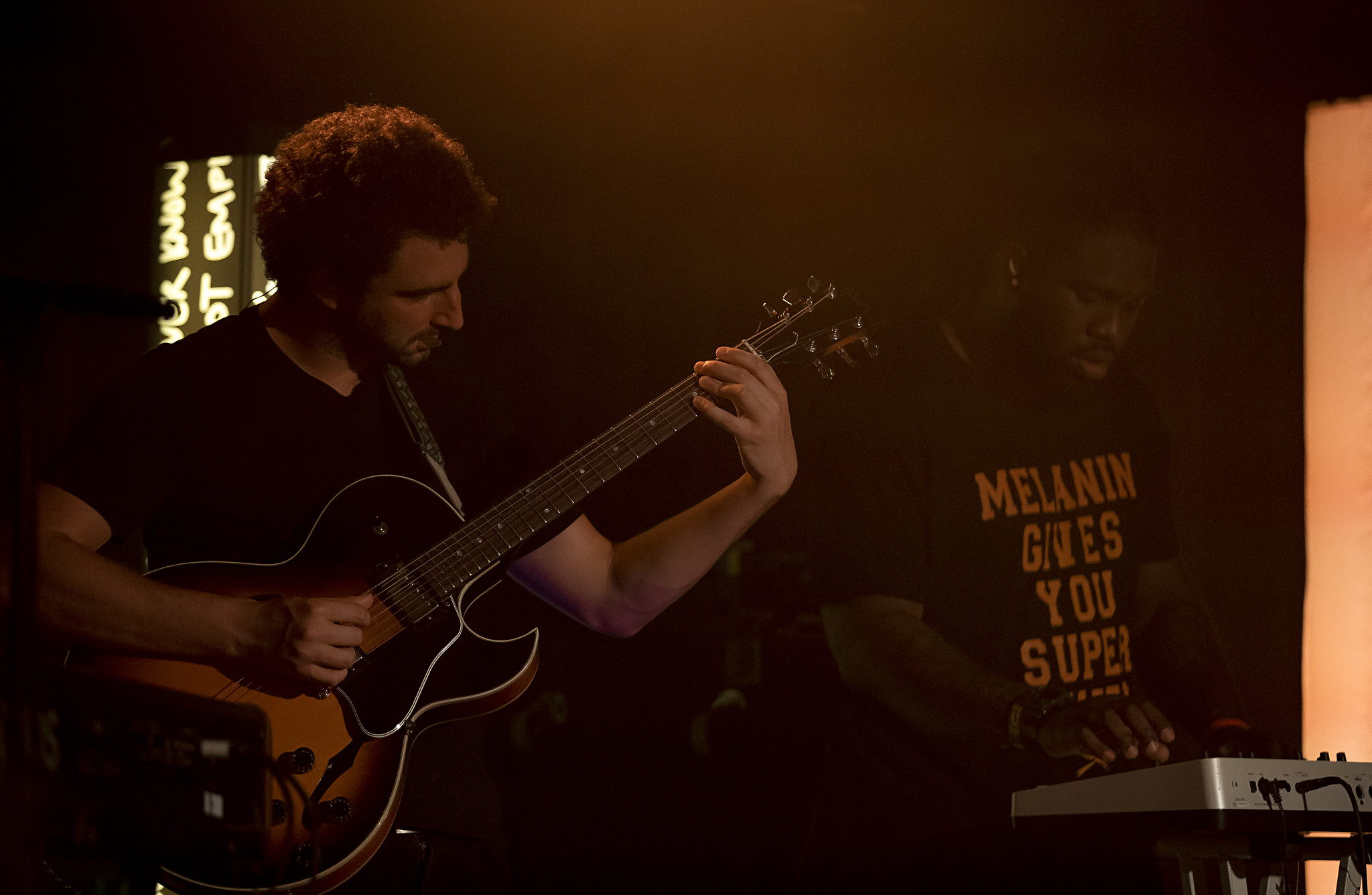 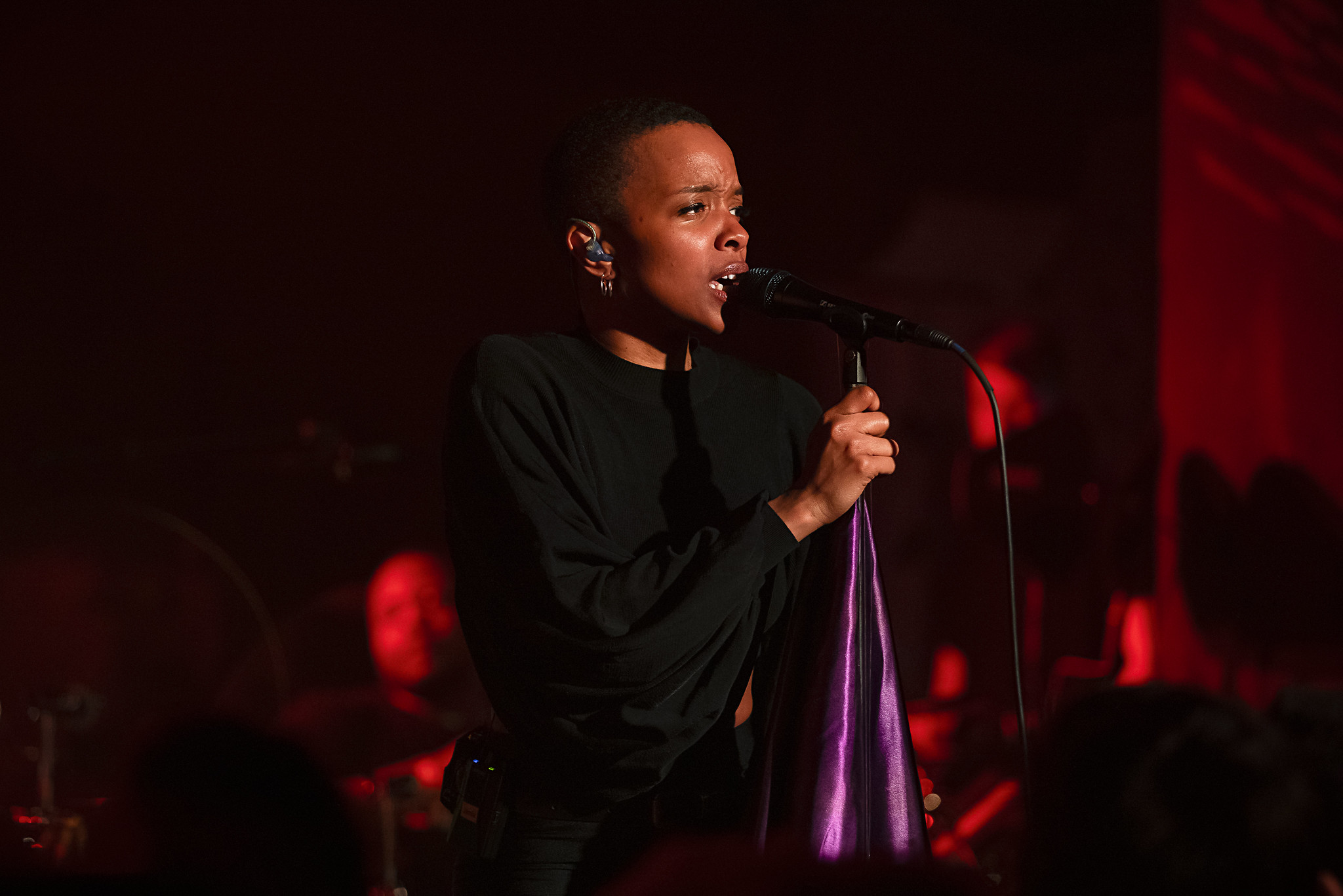 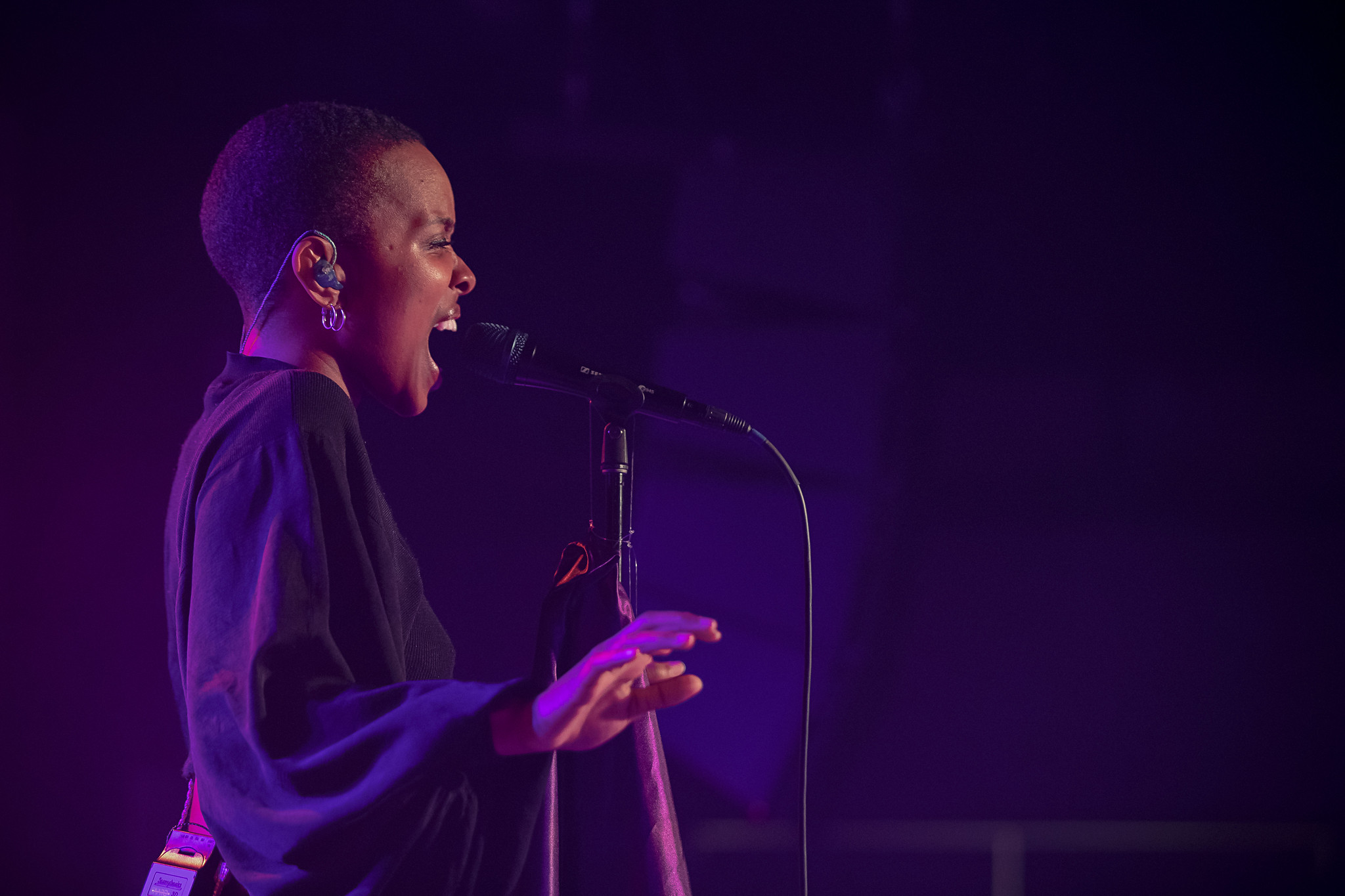 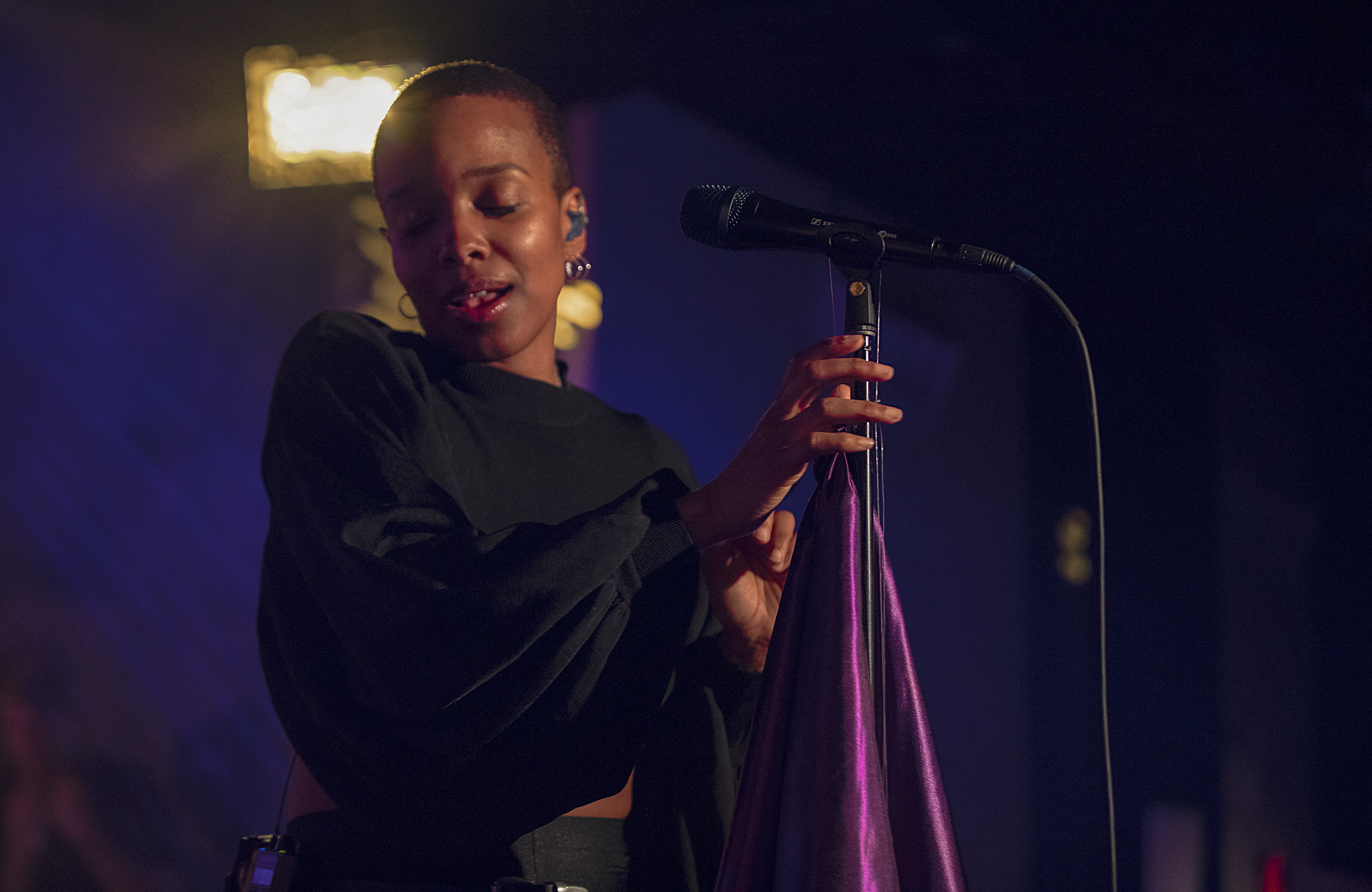 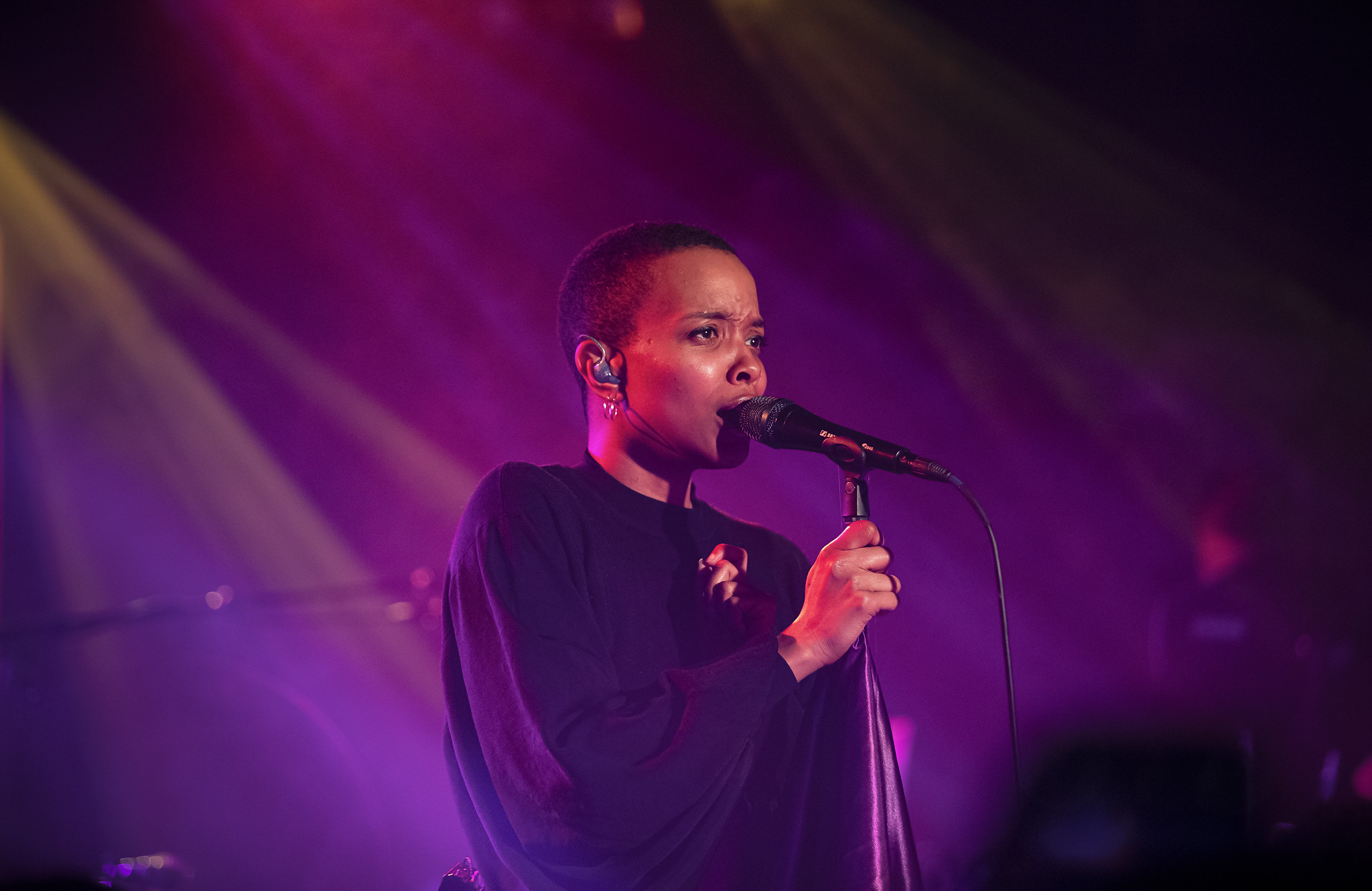 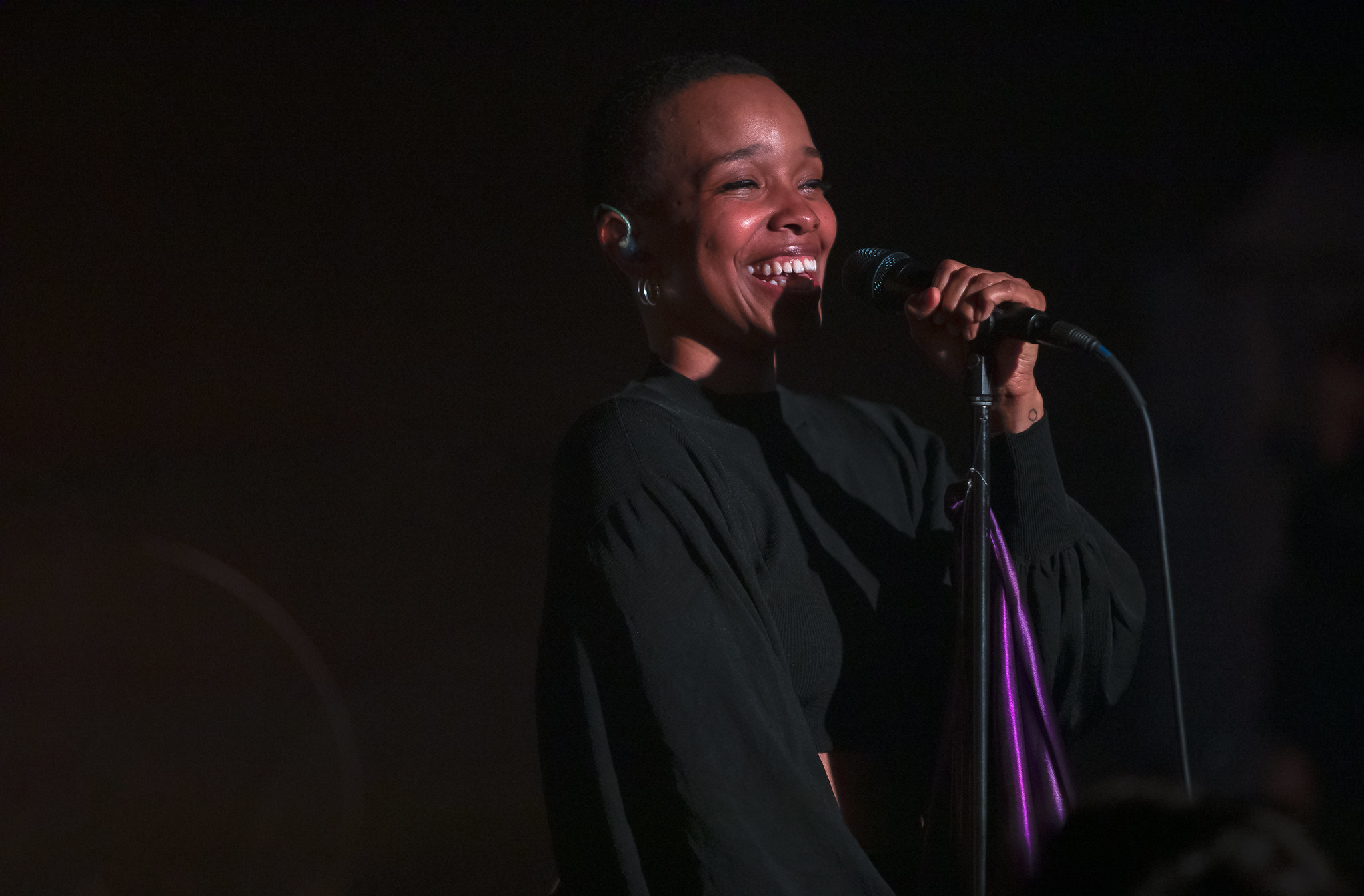