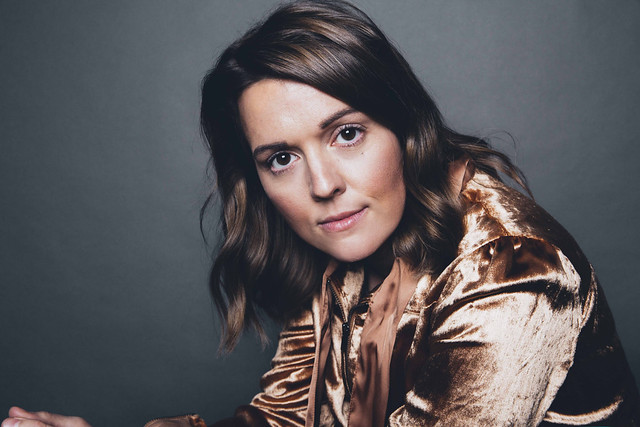 Over a year ago, Brandi Carlile released By the Way, I Forgive You, her sixth studio album. She’s been on the road ever since, and she will play a show at Merriweather Post Pavilion on Friday, June 14.

Only last night, June 5, Brandi performed at the CMT Music Awards, where she was nominated for Female Video of the Year and CMT Performance of the Year. Although she won neither award, she is also nominated for Artist of the Year at the 2019 Americana Music Association Honors & Awards, scheduled for Sept. 11, so she’s certainly receiving a lot of recognition this year!

In a review for Variety, Chris Willman praised how Brandi “skirts the fine line between rootsiness and finesse” on her latest record.

“Come for the finger-picking intimacy, and stay for the symphonic swells, tastefully occasional as they are,” Chris wrote.

“Unless it’s made of stone, your heart will swell along with the orchestra. Carlile’s voice can break your heart even before you get the gist of what she’s singing about. Her power as an empath comes out most in ‘The Joke,’ which, as an anecdotal yet all-purpose empowerment anthem, comes with nothing less than the Barack Obama seal of approval, after having appeared on the former president’s end-of-2017 Spotify playlist,” he added.