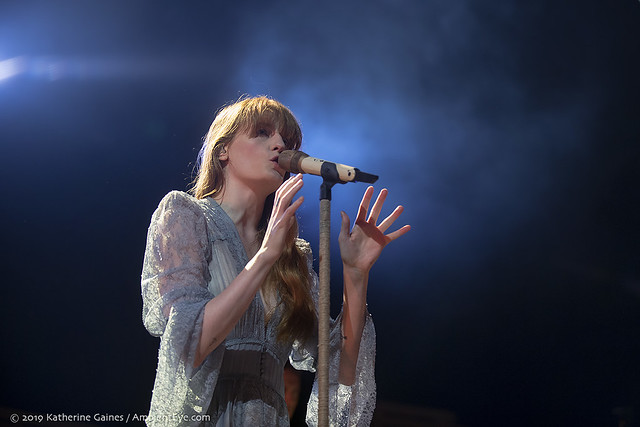 Florence Welch took her chamber pop collective to Merriweather Post Pavilion recently, and so Florence and the Machine arrived in the DC metro area for another show in support of High as Hope, the band’s fourth studio album.

On June 3, Florence and the Machine performed seven songs from the latest record, beginning the show with “June” and adding “No Choir” and “Big God” to the encore, among other selections. Florence and the band also hit the other three studio albums, presenting numbers from How Big, How Blue, How Beautiful (2015), Ceremonials (2011), and Lungs (2009).

Stream High as Hope by Florence and the Machine on Spotify:

In the middle of the show, Florence and the Machine also performed “Jenny of the Oldstones,” which appeared in the final season of Game of Thrones. You can hear Florence sing it over the end credits for the episode “A Knight of the Seven Kingdoms.” Florence also played “Modernation,” a new single released in 2019, in the latter half of the show.

Florence and company wrap their current US tour on June 9 in Miami and then head to Europe. Find their full touring schedule on their website.

Here are some photos of Florence + The Machine performing at Merriweather Post Pavilion on June 3, 2019. All pictures copyright and courtesy of Katherine Gaines. 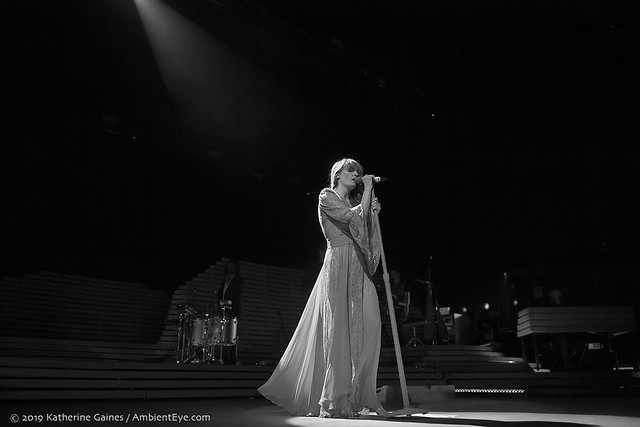 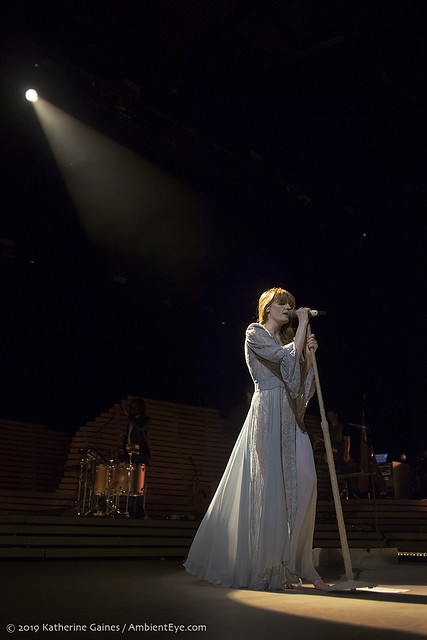 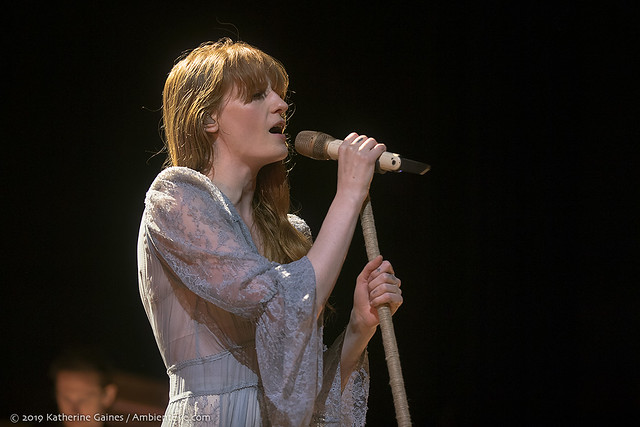 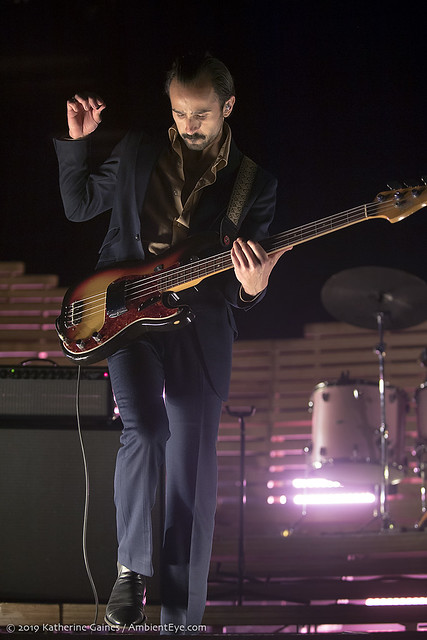 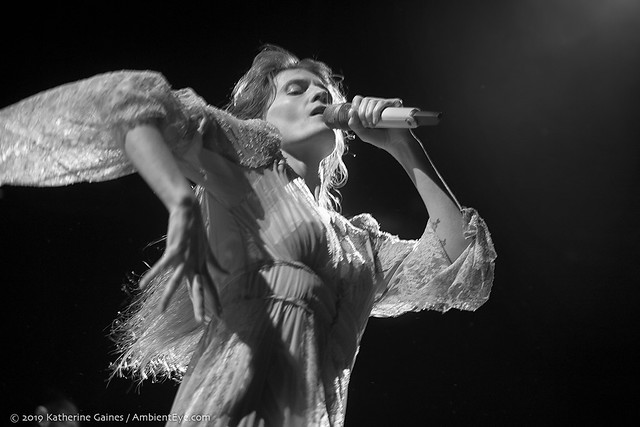 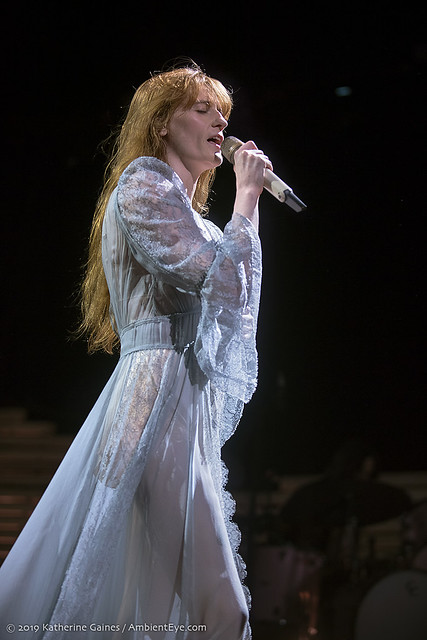 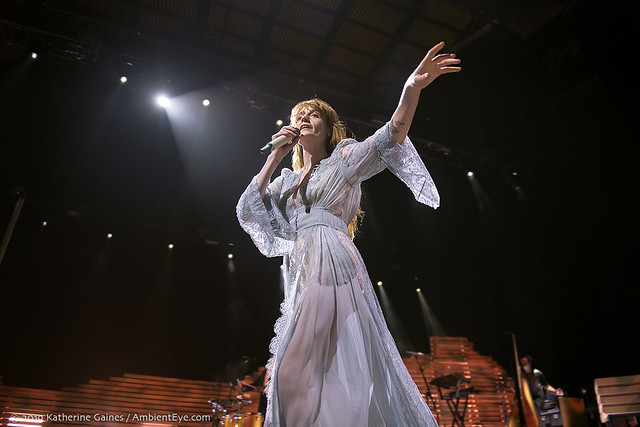 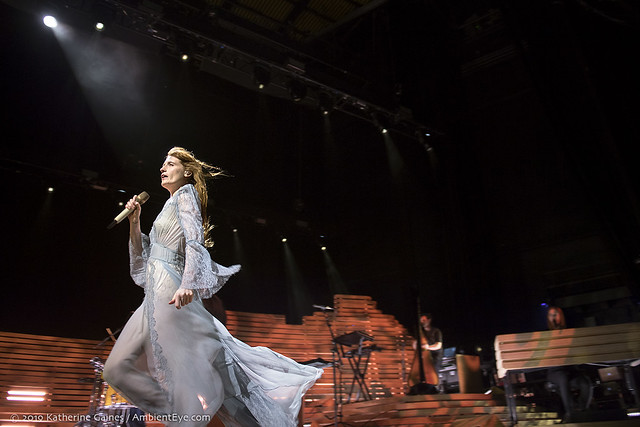 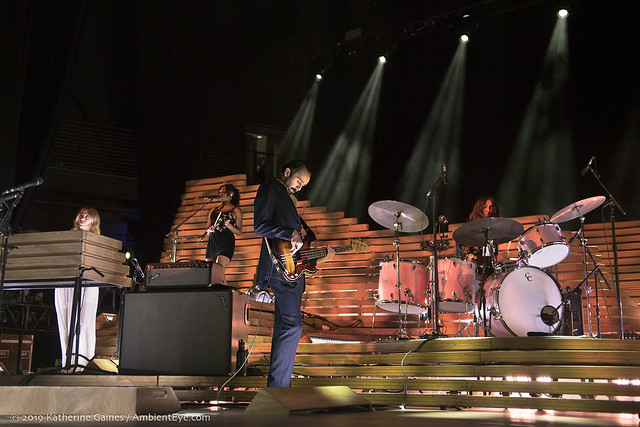 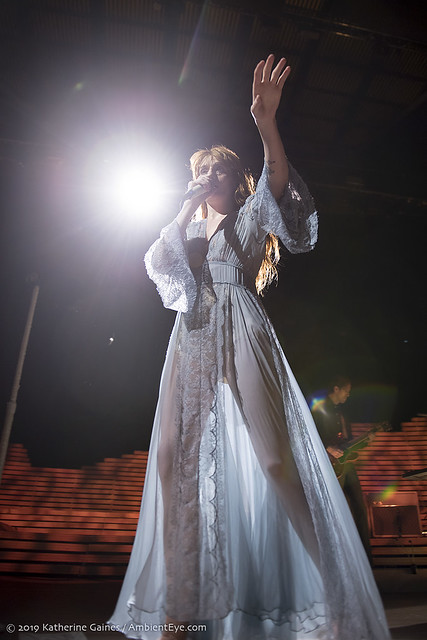 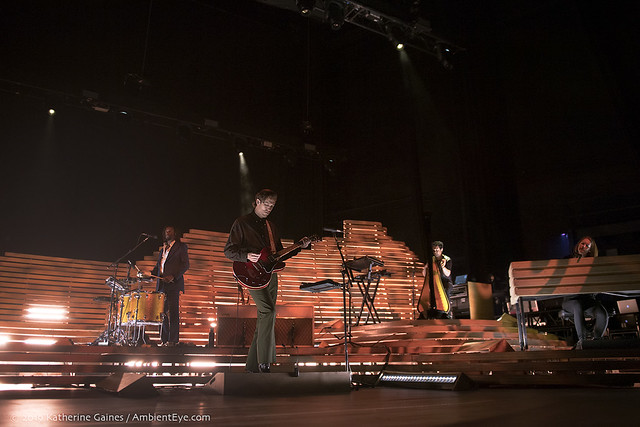 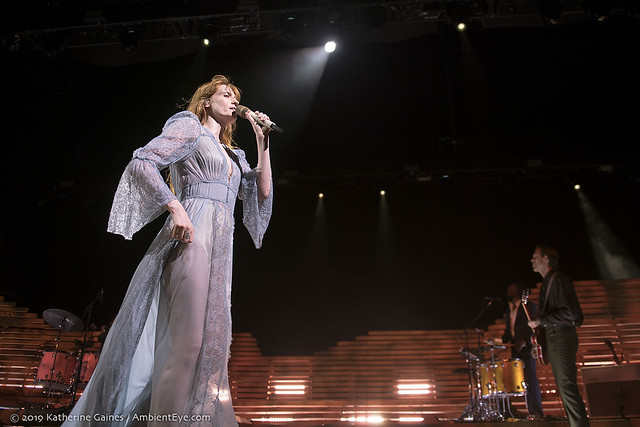 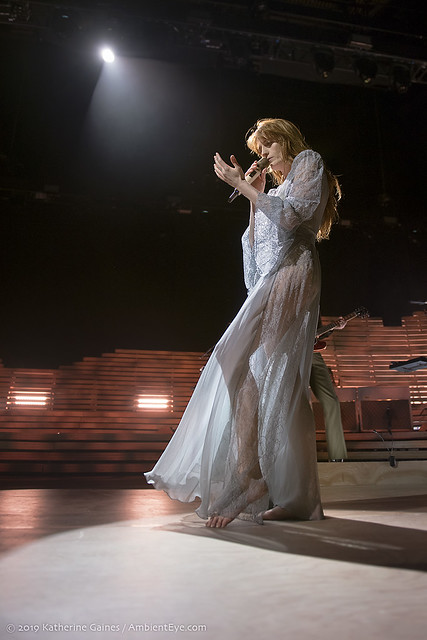 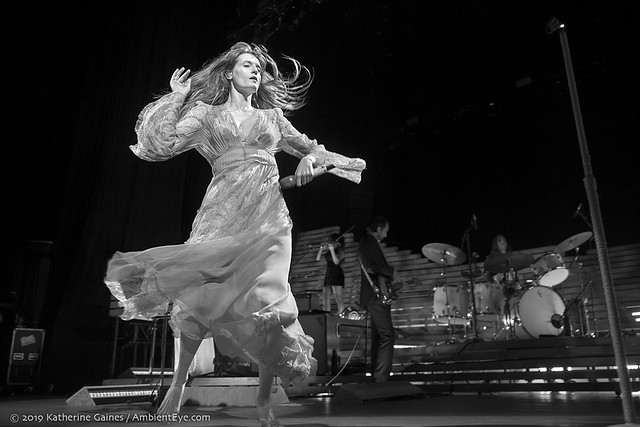 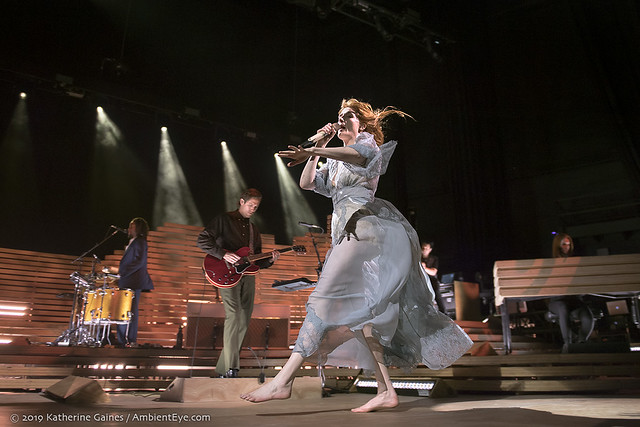 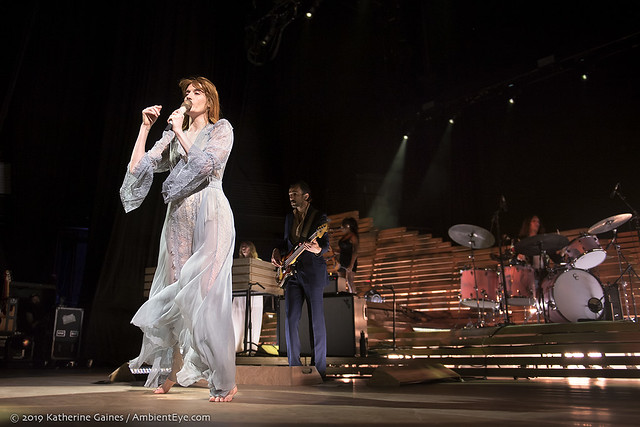 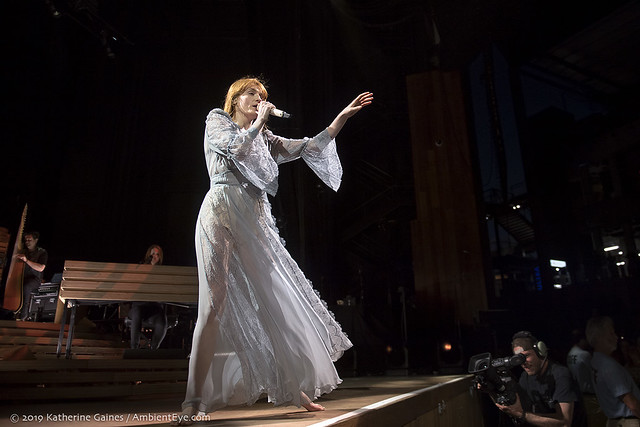 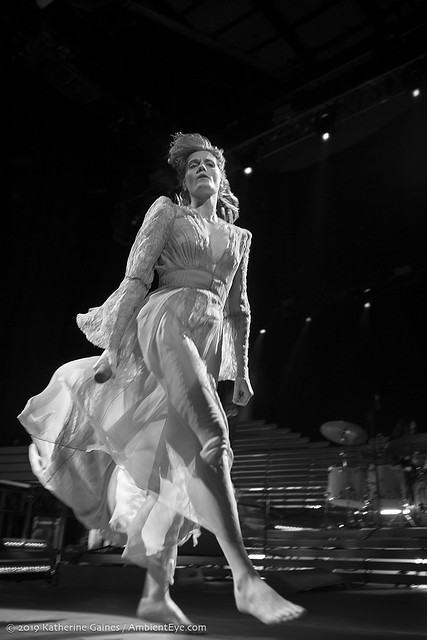 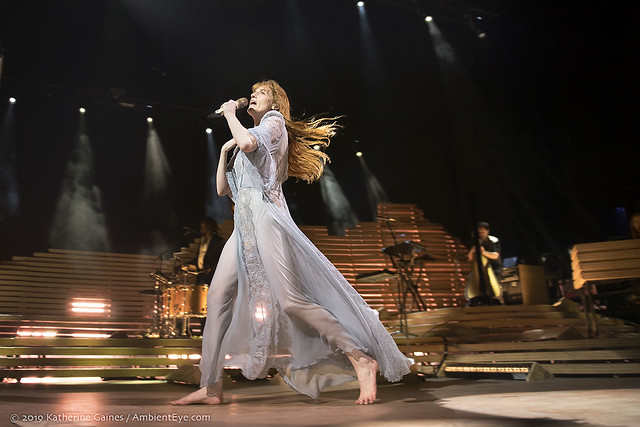 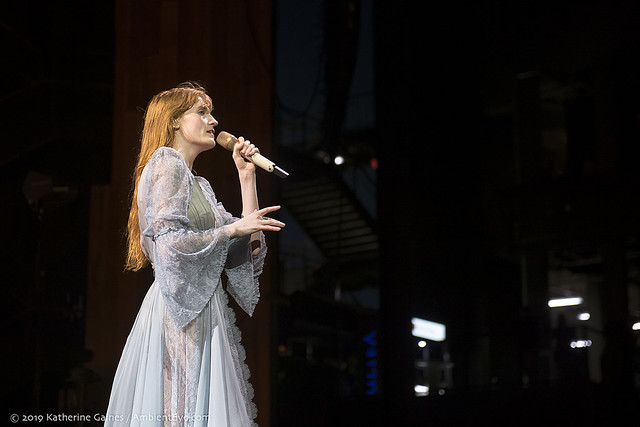